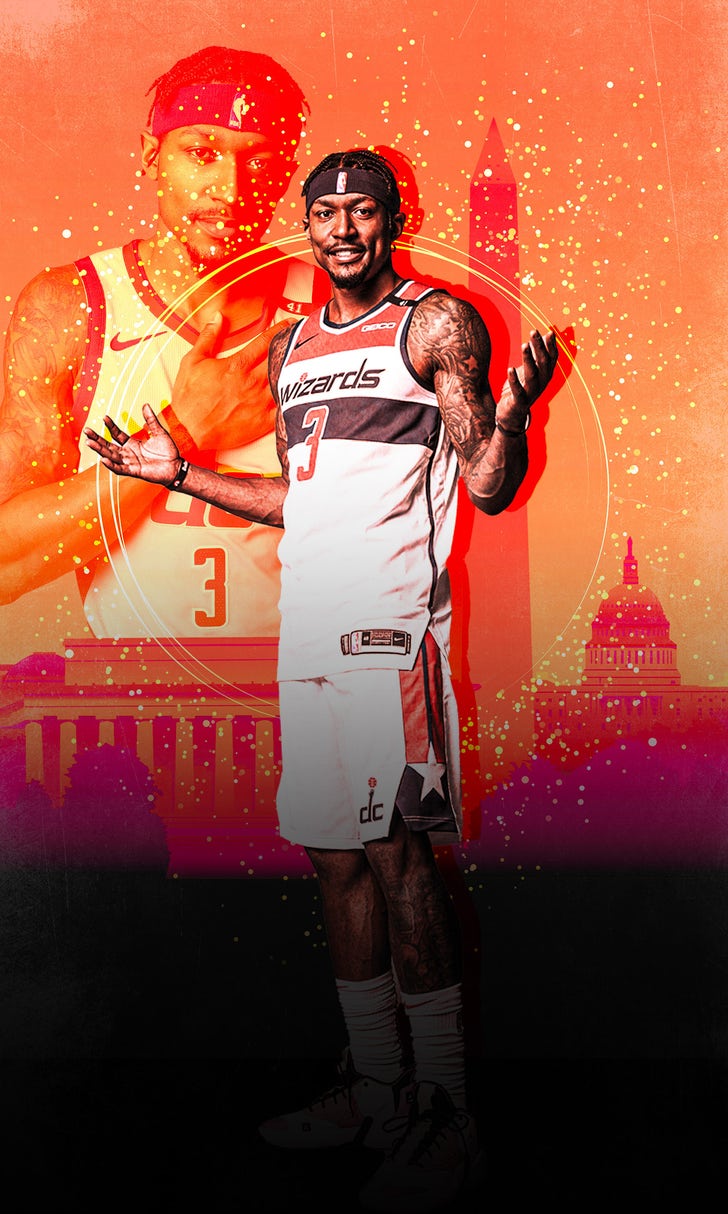 Bradley Beal's magical abilities aren't doing much to move the needle in Washington.

Over the course of the past two seasons, the Washington Wizards and their superstar have found themselves in a pickle.

Last season, Beal finished second in the NBA in scoring at 30.5 points per game, trailing only Houston superstar James Harden (34.3). However, the Wizards failed to make the playoffs for the second consecutive year, finishing the season at 25-47.

And the 2020-21 season – unfortunately for Beal and the nation's capital – seems to be on the same trajectory.

The Wizards are currently 3-8 through 11 games, slotting them at 13th in the Eastern Conference standings, even though Beal is currently enjoying a career year for the third consecutive season.

Beal has eclipsed the 30-point mark six times in 10 appearances this season, including a 41-point night Jan. 8 at Boston and a 60-point explosion two nights prior at Philadelphia.

Still, the Wizards lost both games and are 2-4 when Beal scores 30 or more this season.

They are 1-3 when he scores fewer than 30, and overall, Washington has lost nine straight games in which Beal scored at least 40 points.

This season has so far continued a pattern of Beal's individual production increasing as the Wizards become less competitive around him.

In addition, that lack of team success ultimately came back to bite Beal when it was time for individual accolades to be delivered last season, as he was left off of the 2020 NBA All-Star roster despite being the league's second-highest scorer, much to the chagrin of his agent, considering Beal has chosen to stay in Washington and has not sought opportunities to join more successful franchises since entering the league in 2012.

Beal was also omitted from all three All-NBA teams last seaso and became one of the most productive players in league history to not be selected to an All-NBA squad.

With the Wizards once again struggling to find consistency and string together wins, Beal could find himself in the same position when it is time for All-Star and All-NBA selections.

The losing has already cost him a chance at Eastern Conference Player of the Week this season, in the opinion of many.

Rick Kamla, host of Sirius XM's Give and Go, is one pundit who believes that Beal's play this season has already secured him a spot on the All-Star roster.

Still, the bad news for Wizards fans is that Washington's continuous losing could eventually lead to the departure of its franchise player, as recently outlined by Kevin O'Connor of The Ringer.

"Beal, who can become an unrestricted free agent in the summer of 2022, hasn’t expressed a desire to be dealt yet. But if the losing continues this season, teams vulturing around Washington are wondering: How long until Beal wants out and a trade becomes the franchise’s best option?"

The Wizards and Beal are still a ways away from having to make a decision on their future together.

But if things continue at this rate, that decision might become a little easier on one side of the table.

Remembering Kobe: A Helping Hand
After Gordon Hayward suffered a traumatic leg injury in October 2017, his relationship with Kobe Bryant began to blossom.
7 hours ago