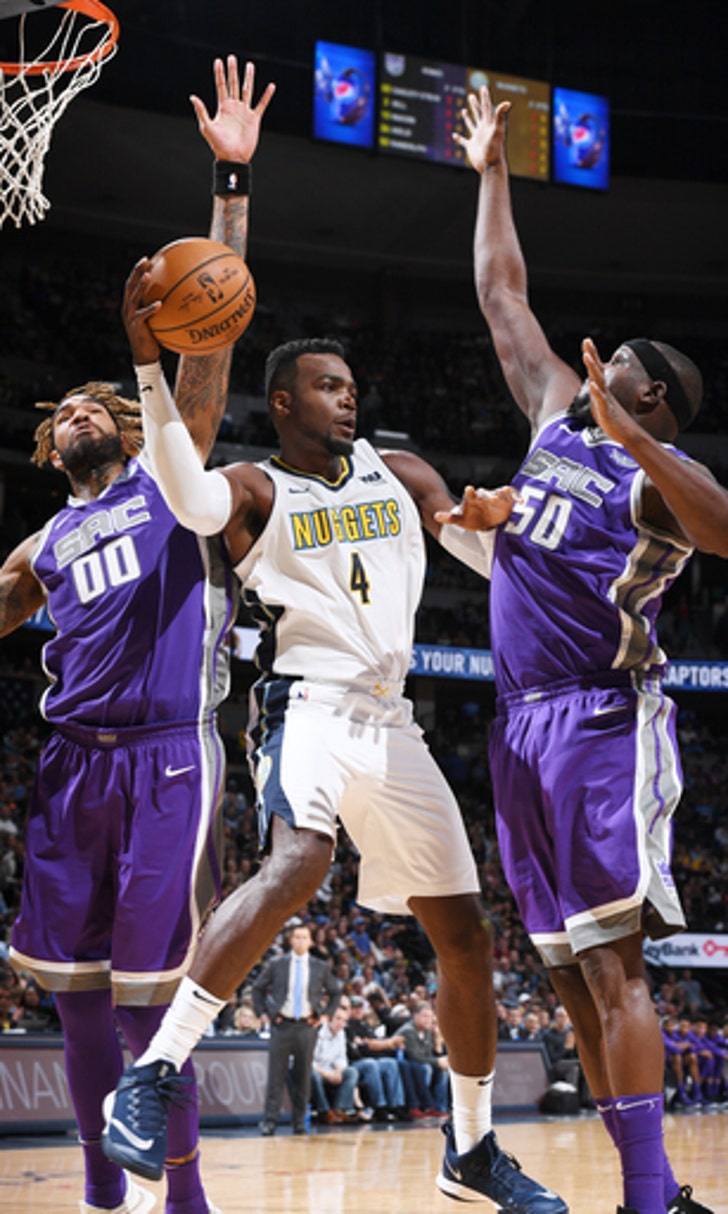 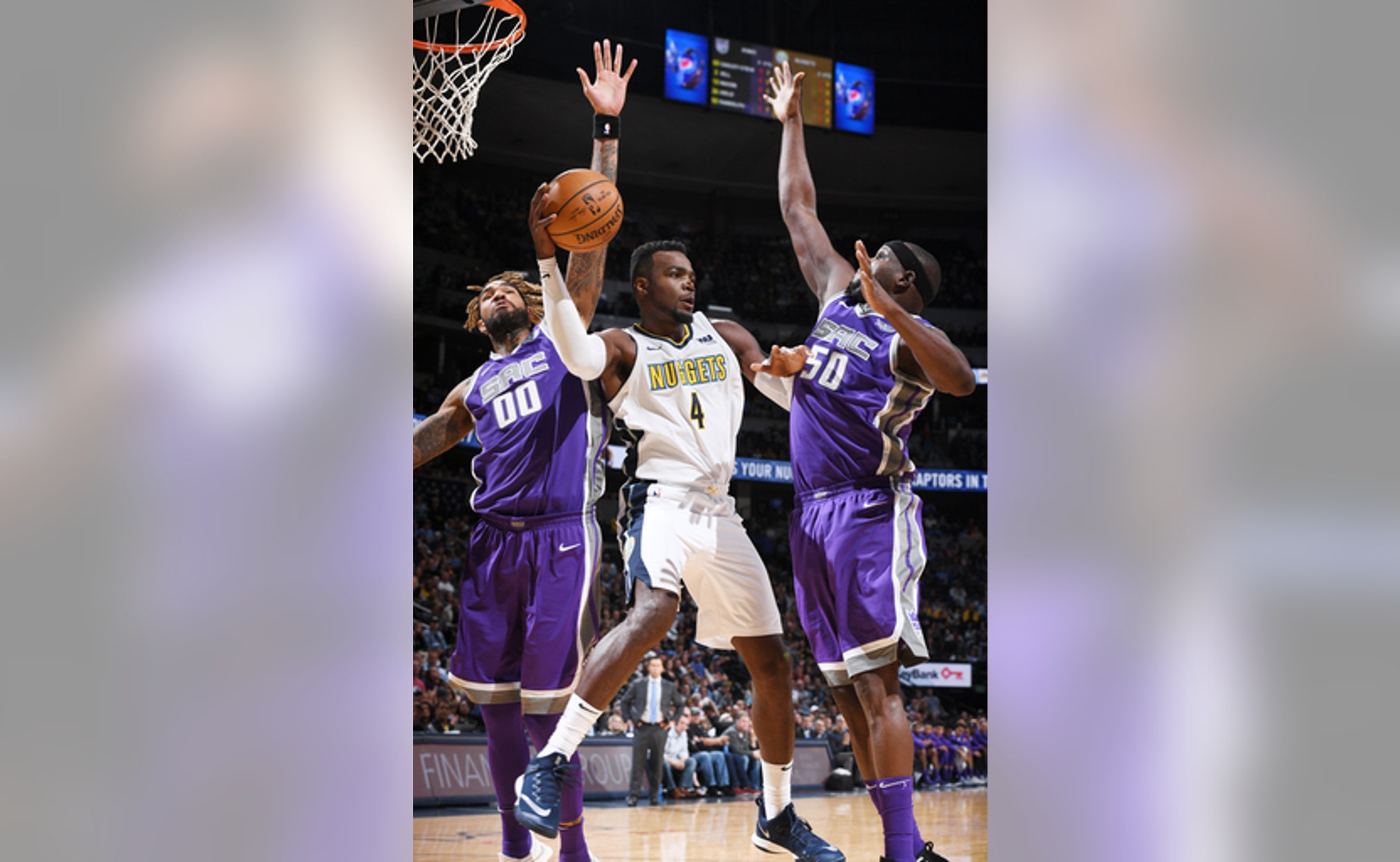 DENVER (AP) Nikola Jokic was looking for his teammates instead of his shot, and it worked out well for the Denver Nuggets.

Paul Millsap had 18 points and nine rebounds in his first home game with Denver, Gary Harris scored 17 and the Nuggets used a strong defensive effort to beat the Sacramento Kings 96-79 on Saturday night.

Kenneth Faried had 18 points and eight rebounds and Will Barton scored 15 points to help Denver win its home opener.

Denver recovered from losing a fourth-quarter lead in Utah on Wednesday to get its first win of the season.

''Coming off a loss you always want to come out the next game and be aggressive,'' Barton said. ''We felt we had some lapses last game on the defensive end. We wanted to get into those guys and make them feel us.''

Rookie De'Aaron Fox led the Kings with 18 points off the bench and was one of their few highlights. Sacramento struggled from the field was outrebounded 58-39. Willie Cauley-Stein led the Kings with nine rebounds but scored just two points on 1-for-5 shooting.

Sacramento shot 36.5 percent from the field.

''We settled on first shots that were somewhat contested and somewhat open instead of driving the basketball,'' Kings coach Dave Joerger said. ''I thought we were slow and the fact they pushed around the floor was a factor and we are undersized at just about every position.''

The Kings couldn't take advantage of a rough offensive night from Denver Jokic, who missed all three of his shots and failed to score. He finished with nine rebounds and seven assists.

''You don't have to score to be effective. There are only a certain amount of guys in this league who can do that and he's one of those guys,'' Millsap said. ''He's willing to sacrifice and try to get everybody else involved.''

''He's not a one-trick pony. If he's not scoring he's facilitating for other people,'' Malone said. ''Teams are putting a lot of emphasis on him, and if teams want to settle on him we have Paul and we have Wilson (Chandler).''

The Nuggets missed their first eight 3-pointers and were 3 of 15 from long range in the first half but found their stroke in the third. Harris hit one as part of a 7-0 run and Barton drained two as Denver built a 16-point lead.

''We felt the lead slipping a little bit just like the last game, so we wanted to ramp it up and not let it slip,'' Barton said. ''Guys did a good job of stepping up and being aggressive, especially on the defensive end.''

The lead grew to 21 in the fourth.

Kings: F Bogdan Bogdanovic missed his third straight game with a right ankle sprain. ... The Kings shot 32.5 percent in the first half and had just 27 points late in the second period.

The Nuggets are marking their 50th year of basketball and started with a salute to six of the greats in team history. Former coach Doug Moe, whose 432 wins is most in franchise history, was joined by Dan Issel, David Thompson, Dikembe Mutombo, Byron Beck and Alex English.

The former players and Moe had a private dinner Friday night, which Malone attended.

''My biggest joy was sitting down with Dan Issel and Doug More and listening to the old-school stories,'' Malone said. ''For them to come back in light of all they have done for this organization, it's tremendous.''

Kings: Wrap up their three-game trip at Phoenix on Monday night.