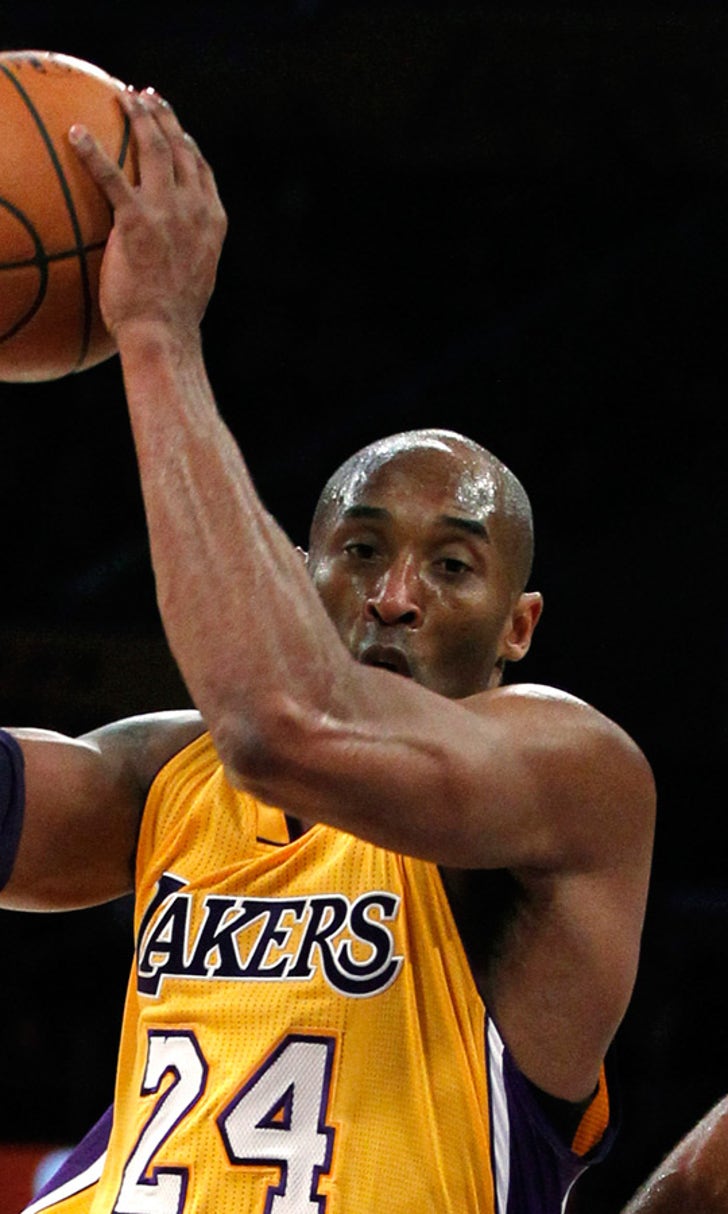 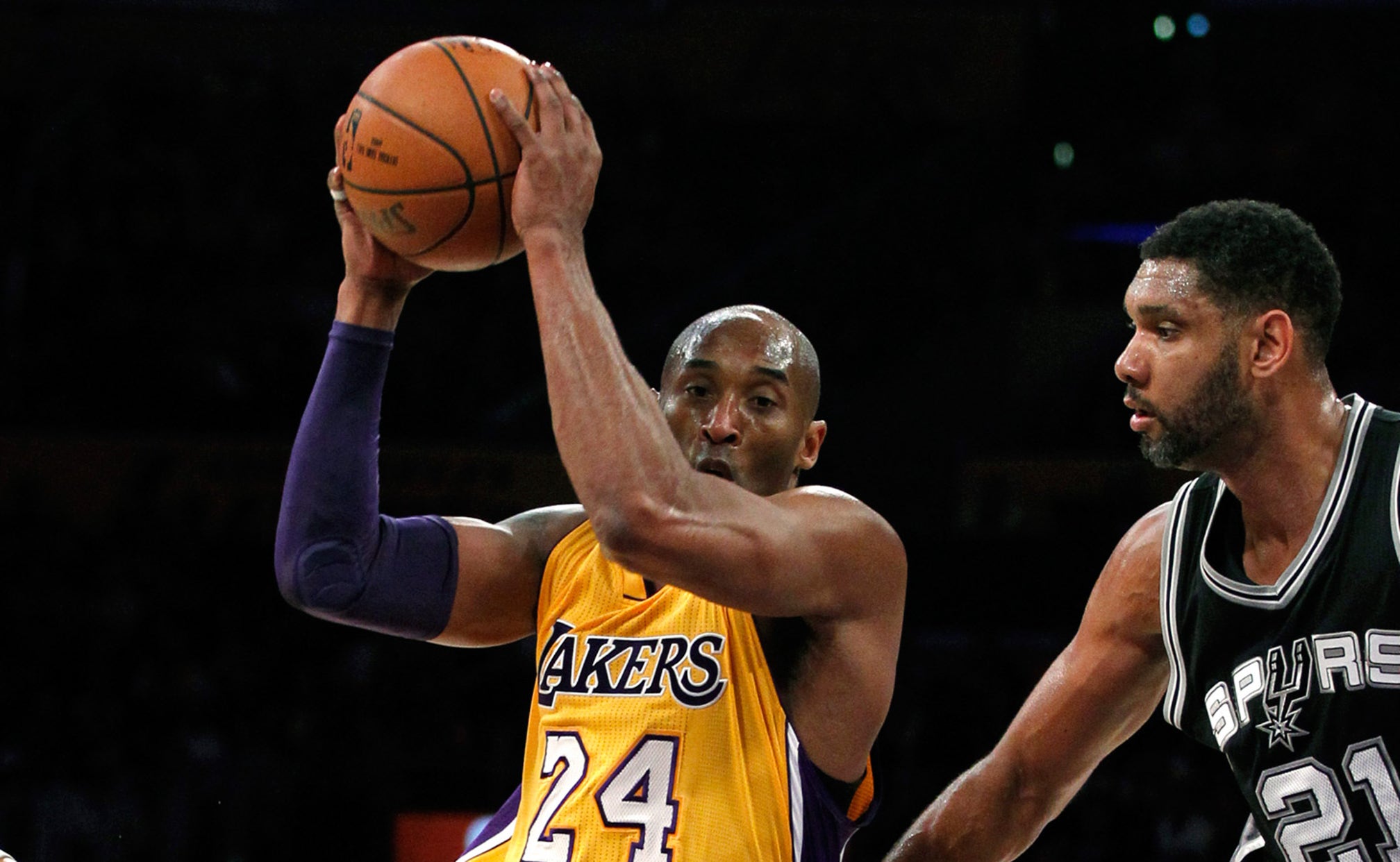 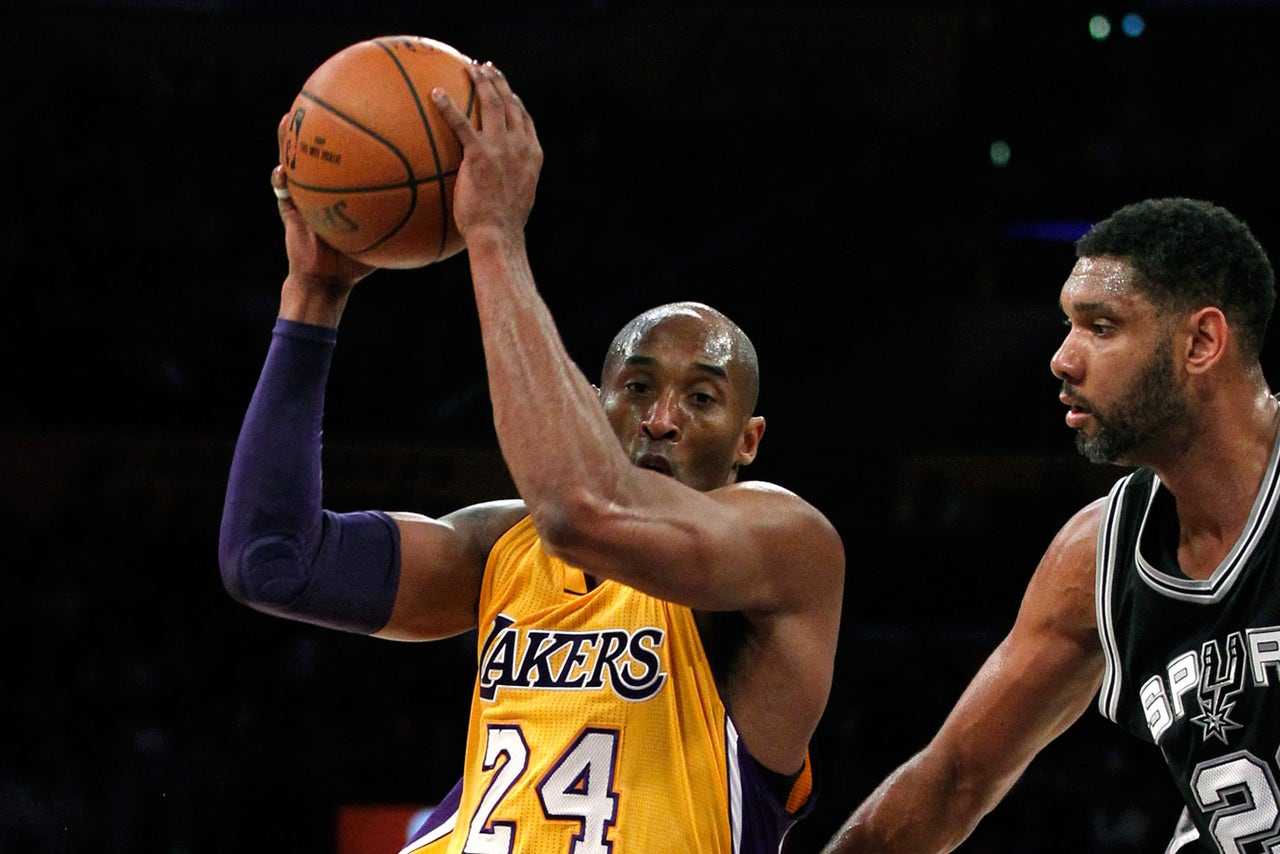 LOS ANGELES — There was a distinct feeling of nostalgia in the air at Staples Center on Friday night when longtime Western Conference adversaries Tim Duncan and Kobe Bryant played against each other for what is likely the final time.

In the end, the one who has played in more winning games than anyone in NBA history came out on top against a player who has spent all of his career with the franchise that has the most victories in league history.

Bryant is retiring at season's end with the Lakers way out of the playoff picture at 11-45. He and Duncan have each led their clubs to five NBA titles and have at least one league MVP award to their credit — in addition to MVP of the Finals and All-Star game MVP.

On Friday, Bryant scored 25 points in 29 minutes before dislocating a finger late in the game. X-rays revealed no damage.

"We've played against each other for many years and it's been great," Duncan said. "It's always a great game when you're playing against him. You always know you have to bring your `A' game, because he's going to bring the best out of you.

"He's been a great competitor over the years, and he showed it tonight," Duncan added. "He dislocated his finger in the last quarter, but he was still out there. He wants to play. That's him in a nutshell. But tonight wasn't about him. This was about us trying to get back on track. We came here to win a game."

"It's been so much fun competing against him and that organization for all these years," Bryant said. "I truly enjoyed it, and it pushed me to sharpen and fine-time my game. So I'm a little sad that that matchup's not going to happen again.

"For us as players, we just enjoy and appreciate each other," Bryant added. "It's not a matter of who's better or who's greater. You just accept the careers that you've had. I appreciate his career, and vice-versa. He and I had an opportunity to have some great dialogues tonight."

"They're two competitors who have become iconic figures, as far as basketball is concerned," Spurs coach Gregg Popovich said. "They've been doing it so long, so consistently, and people over time really respect that."

Bryant was playing his first game since his 18th and final All-Star game last Sunday at Toronto, and the head coach of the West squad was Popovich — whose first season as Spurs head coach in 1996-97 coincided with Bryant's rookie season. The two hugged each other in front of the Spurs' bench just before tipoff.

"I've already told him to enjoy every minute, because he's going to miss it," Popovich said.

Spurs scoring leader and first-time All-Star Kawhi Leonard missed his second straight game because of tightness in his left calf.

Spurs: Duncan, who turns 40 on April 25, needs three blocked shots to become the fifth player in NBA history with at least 3,000. That list includes Hakeem Olajuwon, Dikembe Mutombo, Kareem Abdul-Jabbar and Mark Eaton — all of whom were at least 7 feet tall. Duncan is 6-11. ... The Spurs need three more road victories to extend their NBA-record streak of consecutive winning seasons on the road to 19. ... The Spurs are 11-0 this season in the second game of back-to-back sets, and 21-1 in Game 2 going back to Dec. 26, 2014. The only blemish was a 110-99 loss at Golden State. ... The Spurs finished at 54.5 percent from the field, and are 25-0 when shooting 50 percent or better.

Lakers: One award Bryant doesn't have that Duncan does the Naismith College Player of the Year (Wake Forest) trophy. Bryant jumped straight to the NBA out of high school and is 2 years, 4 months younger than Duncan. ... The Lakers have to go no worse than 9-17 the rest of the way to keep Byron Scott from matching the worst record of his 15-year coaching career. He was 19-63 in his first season with Cleveland (2011-12).

Spurs: At Phoenix on Sunday.

Lakers: At Chicago on Sunday.