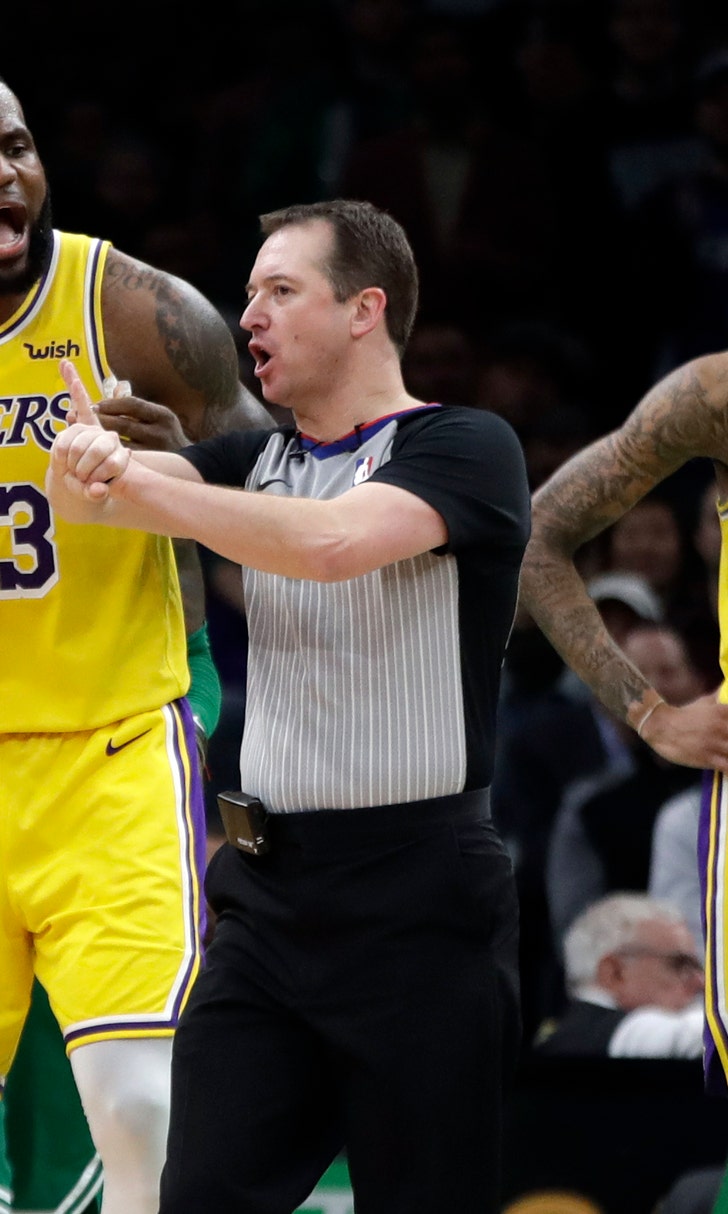 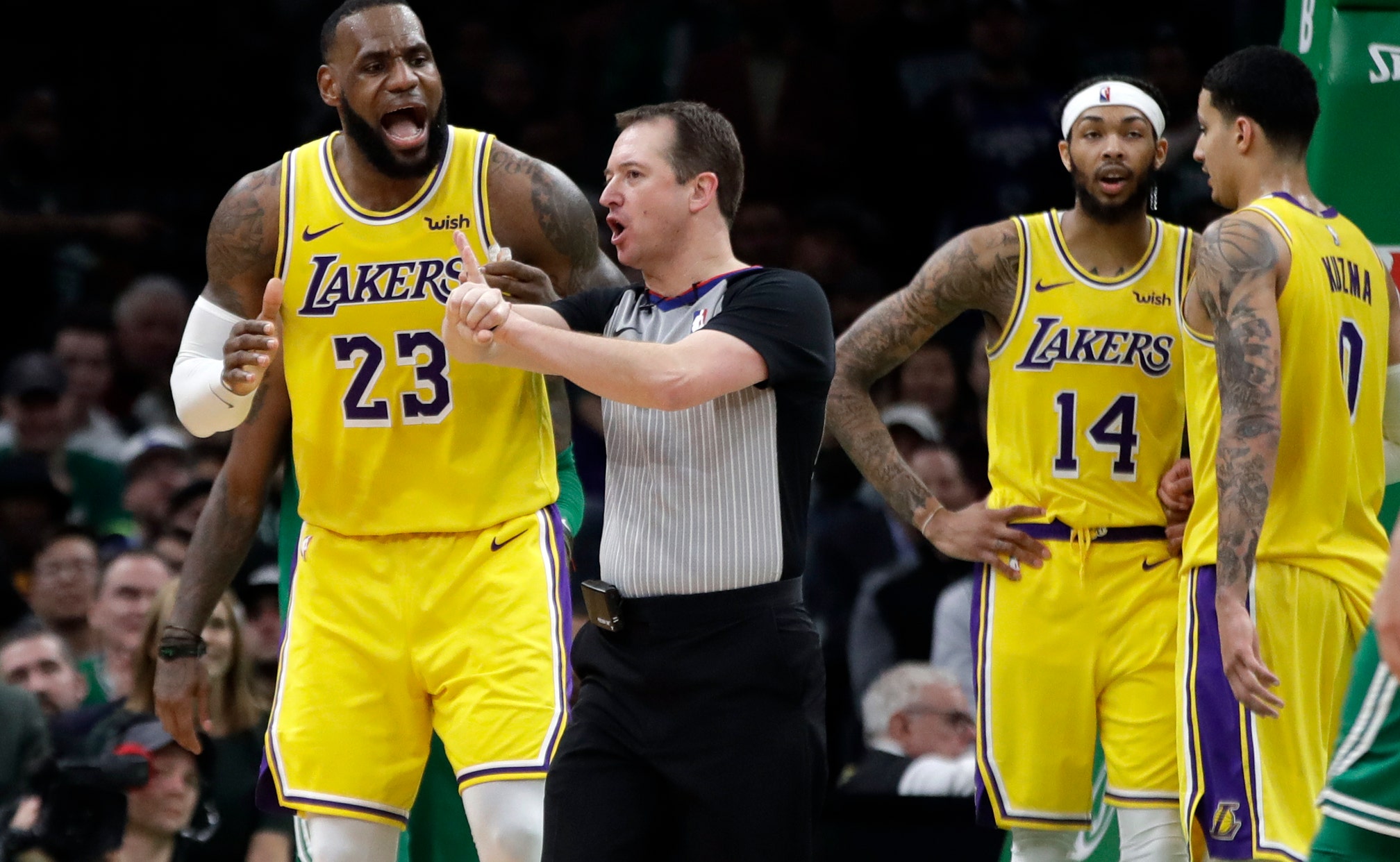 GM Pelinka: Lakers can bounce back stronger from trade drama

After 10 days of team-wide uncertainty during their widely reported pursuit of disgruntled New Orleans superstar Anthony Davis, Pelinka said he believes the Lakers will bounce back strongly.

Pelinka already saw signs of it Thursday night, when Los Angeles beat Boston on Rajon Rondo's dramatic winning basket just a few hours after the deadline passed and Davis remained with the Pelicans.

"What I've come to learn is that any time in life you face a challenge or a moment of adversity, you have to look at that as an opportunity," Pelinka said Friday. "When you go through anything as a team, if you go through adversity, you can choose how to respond. Does it draw you closer together, or does it push you further apart?"

Pelinka and his boss, Magic Johnson, also remain confident in the Lakers' ability to end the franchise's five-year playoff drought this spring, even without Davis in purple and gold.

After a prolonged slump during the longest injury absence of LeBron James' 16-year NBA career, the Lakers (28-27) began Friday in 10th place in the Western Conference, but just three games behind sixth-place Utah. The Lakers' playoff drought is more than double the previous longest in franchise history.

"I think we — really (owner) Jeanie (Buss), Magic, Luke and I — are all aligned," Pelinka said. "We really want to make a push to try to make the playoffs this year. It's been a five-year absence for our fans, and we think that's an important step to return to contending for championships."

The drama of the past several days could be a turning point in that quest.

Pelinka and Johnson traded away three players this week, and several more Lakers spent several days wondering if they were about to leave for New Orleans.

The speculation surrounding the Lakers' young core certainly appeared to be a distraction Tuesday at Indiana when Los Angeles looked lifeless in a 42-point loss. Pacers fans taunted the young Lakers about their possibly imminent departures in a megadeal for Davis.

In the end, the Lakers only dealt Michael Beasley, Ivica Zubac and rookie Svi Mykhailiuk in two trades, getting elite outside shooters Reggie Bullock and Mike Muscala in return. The new guys joined the Lakers in Philadelphia on Friday, and they could play in Sunday's game against the 76ers.

Although Pelinka can't directly discuss Davis because of league tampering rules, the Pelicans didn't trade their All-Star anywhere despite Davis' apparently significant interest in joining James in LA. Pelinka also declined to speculate whether some teams simply don't want to make deals that would help the glamorous Lakers or LeBron.

"The thing I've learned in negotiating is you can only control your own tenor and your own discussions on your side, and try to approach everything to be smartly aggressive and treat every negotiation with dignity and professionalism," said Pelinka, a former agent. "I think in general, around the league, that's what you get. ... In terms of, 'Is there a jealousy because of the Lakers' success over the years, or because of a perceived advantage because of the city that we're in?' That's probably a better question for you to ask the other teams. I'd rather not sit in a seat of judgment on what other people might think."

Pelinka praised Bullock and Muscala as floor-spacers who will help the Lakers' outside shooting, which has been terrible at times. The GM doesn't see the acquisition of two perimeter scorers as a change in the Lakers' early-season plan of surrounding James with versatile playmakers, rather than Cleveland-style shooting specialists.

Instead, Pelinka said the moves were inspired by the injury absences of James, Rondo and Lonzo Ball — or "the engine drivers," as he called them.

"Once we started having injuries at the playmaking positions, the game slows down," Pelinka said. "We can't play quite at the same pace. If everyone on the roster were healthy, we would be playing with more pace in transition."

The Lakers have an open roster spot after their dealings, and Pelinka said the club is weighing whether to fill it now or later in the month before the deadline March 1. Carmelo Anthony and Markieff Morris have been widely mentioned as candidates for the spot.

The Lakers are in a four-week stretch with just one home game, returning from the All-Star break to face Houston on Feb. 21. Right after that, the Lakers play two of their next three games against Davis and the Pelicans, including their visit to Staples Center on Feb. 27.

Taking Its Toll
The NBA, its players and its coaches are struggling to manage the effects of COVID-19 outside the bubble, reports Melissa Rohlin.
3 days ago