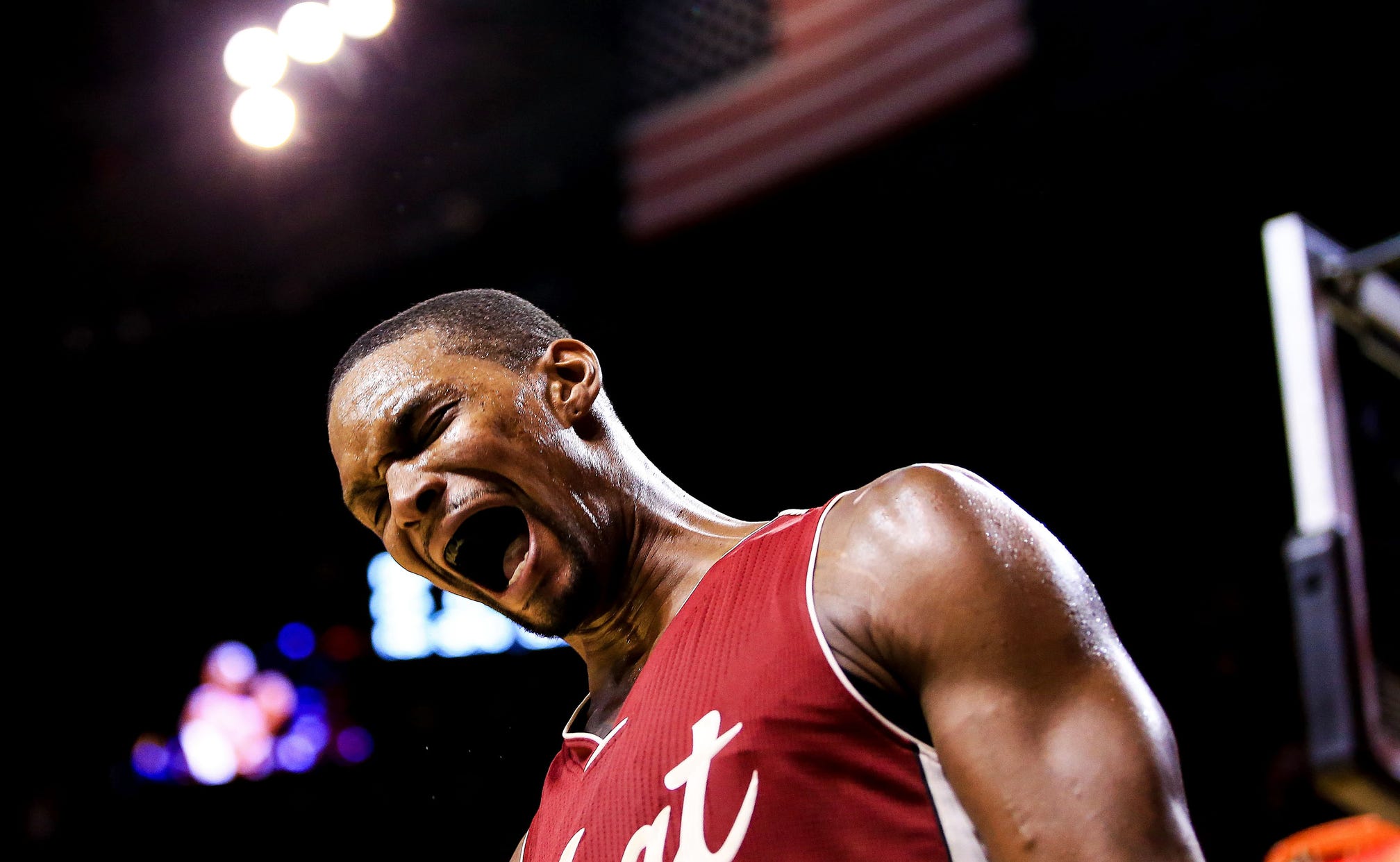 Just like the rest of us, Bosh has been trying to navigate 2020 and his new normal, prioritizing his dad duties while producing music.

Even though he's now a full-time father, there was a time when the basketball was his primary day-to-day focus. In fact, he was deemed "Mr. Basketball" in Texas during his high school years, and had a serious rivalry with another NBA champion, Kendrick Perkins.

“It was like the hood version of Friday night lights.”

From there Bosh went on to discuss his career, highlighting his time with Miami when he teamed up with superstars Dwyane Wade and LeBron James to create the trio known as 'The Heatles.'

Bosh explained that he knew the key to success in the league was bringing James to the Heat.

“I remember watching him play, and I was like, ‘Yo, who is this guy?’”

The trio led the Heat to the NBA Finals in each of their four seasons together, and won back-to-back titles in 2012 and 2013. But after 2013, LeBron returned to Cleveland.

LeBron just won his fourth title and fourth Finals MVP award with his third team, the first player in NBA history to accomplish the feat. Bosh broke down how James has been able to continuously dominate the league.

“LeBron has put the time in, he’s put the work in, he’s made the sacrifices, and now he’s able to keep playing ball at that level.”

"I remember halftime and a lot of people don't know, but he scored 55 points [in the second half] ... He started doing stuff you had never seen nobody do."

Check out the entire fourth episode of Club Shay Shay with Chris Bosh below: