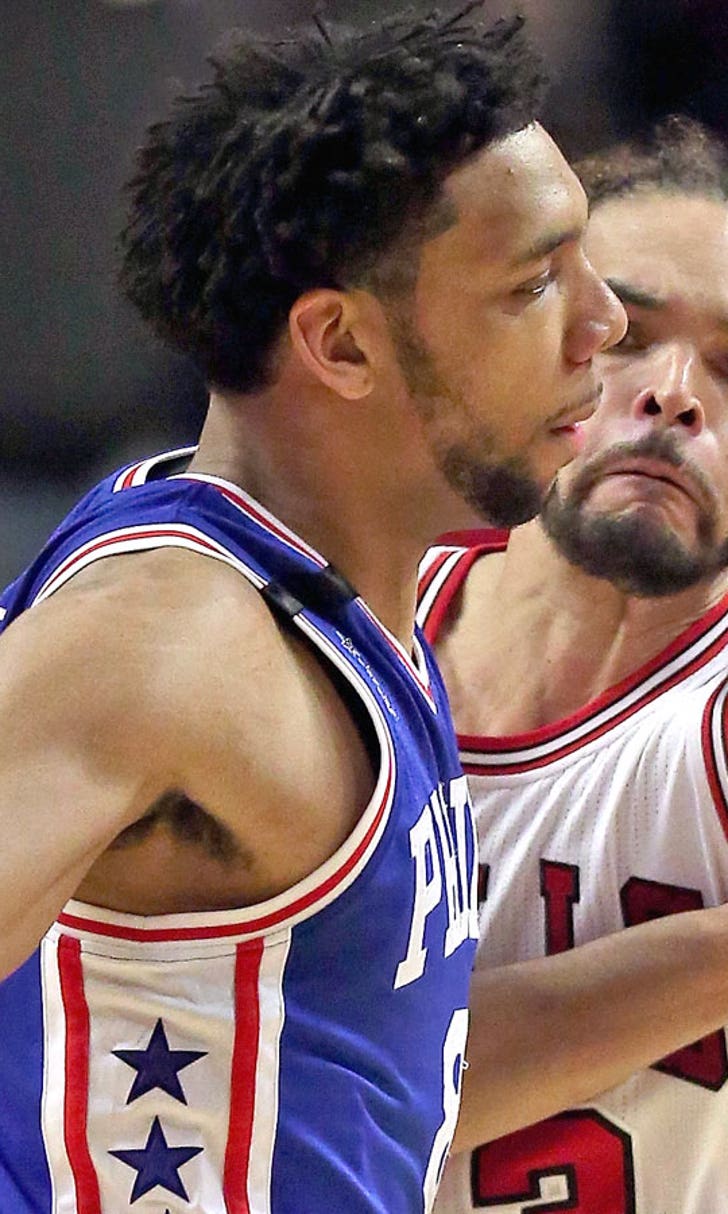 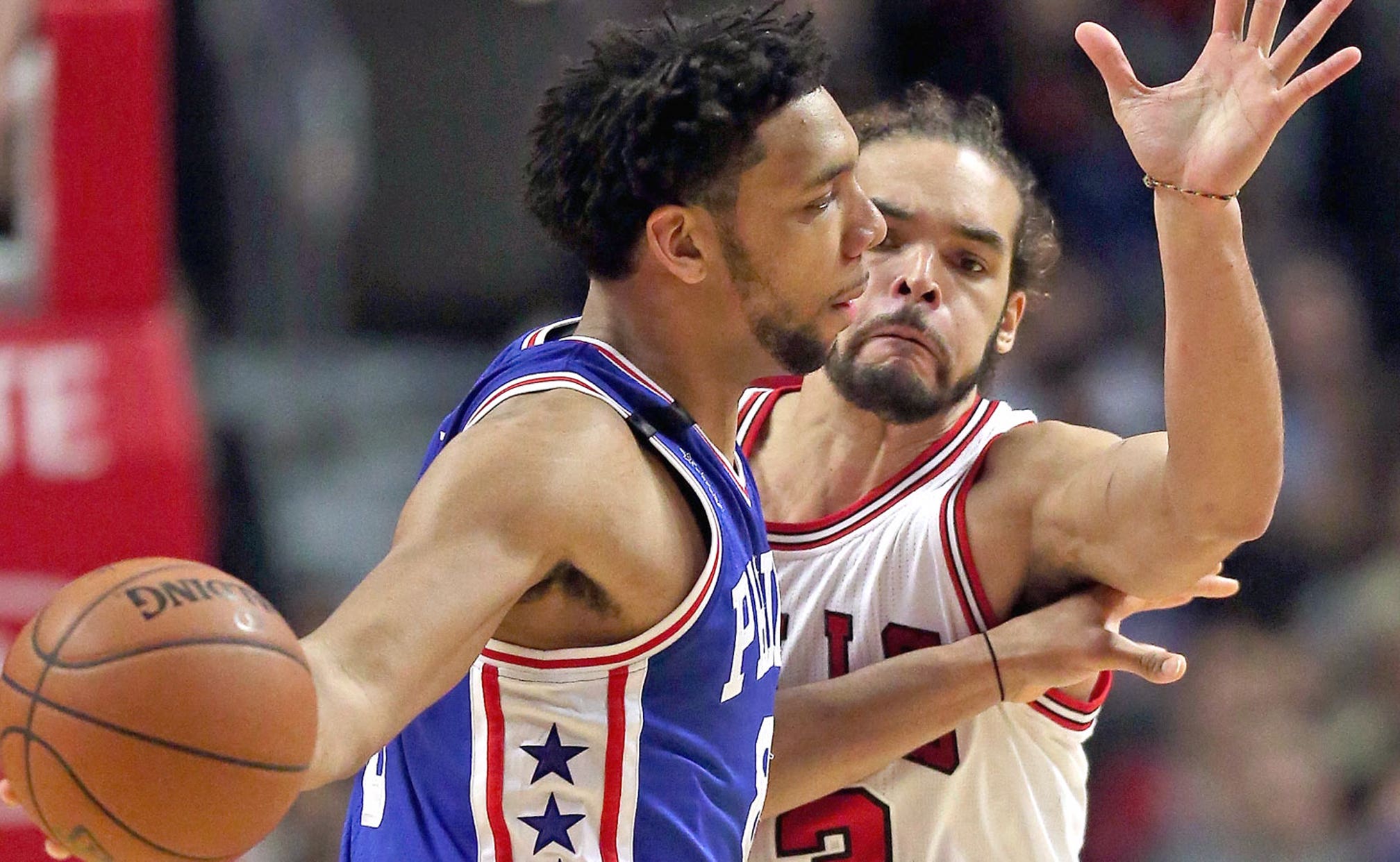 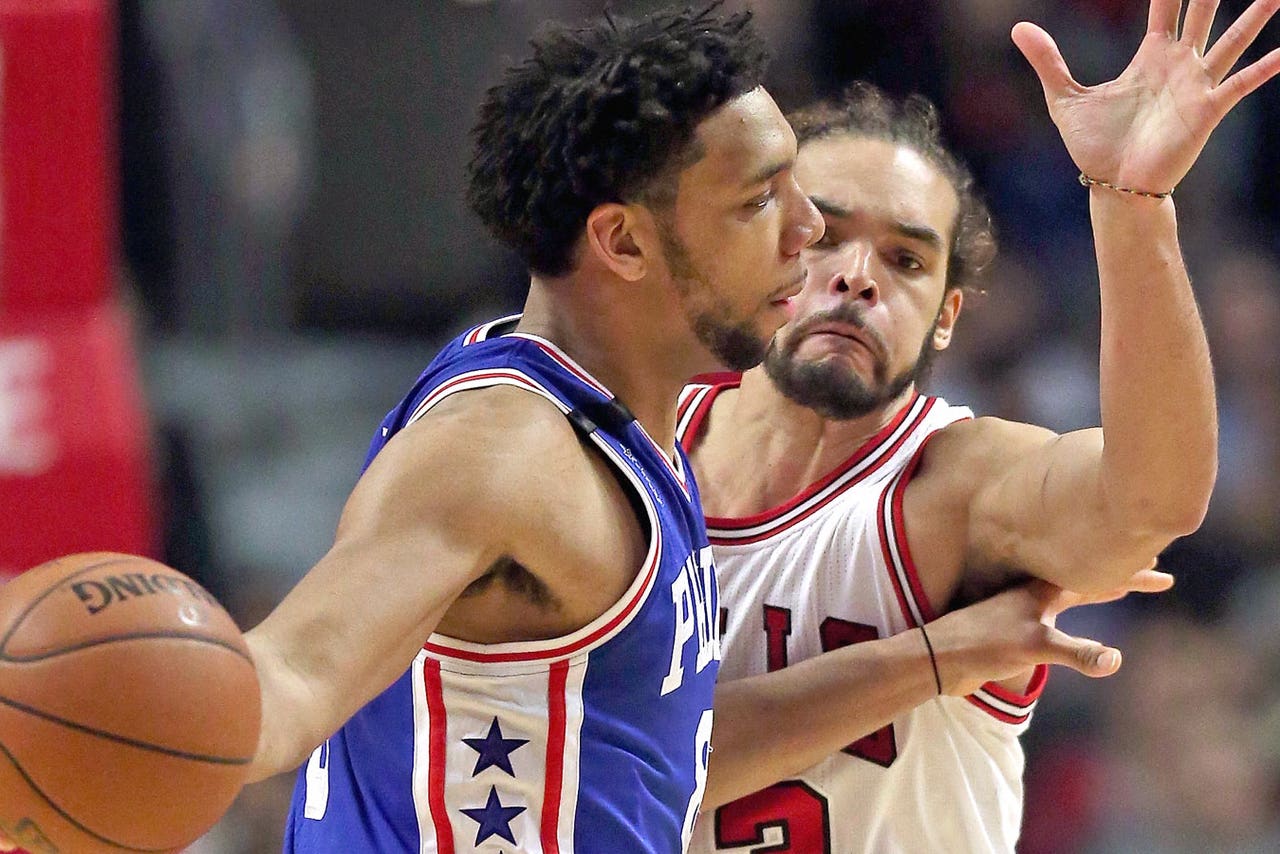 The Chicago Bulls' roller-coaster ride of a season has taken another downward plunge. Making matters worse, Joakim Noah is reportedly unhappy with his diminished role.

A date with the NBA's worst team might solve those problems at least temporarily - though the Bulls will be without their starting center and might also be missing star guard Derrick Rose.

The visiting Bulls try to avoid their longest slide in two years Thursday night against the Philadelphia 76ers.

Following their second three-game losing streak of the season in mid-December, Chicago (22-15) appeared to iron out its issues by winning seven of eight.

The Bulls averaged 107.9 points and held opponents to 100.4 in that span, but their scoring average has dipped to 102.0 and they've allowed 113.3 in three straight losses. They forced a season-low five turnovers in Tuesday's 106-101 defeat at Milwaukee.

Among Eastern Conference teams, only the 76ers' minus-3.4 turnover differential is worse than Chicago's minus-2.6 mark.

"I think we all have the team's best interests at heart," guard Jimmy Butler told the team's official website after recording 30 points, eight rebounds and six assists Tuesday. "You have ups and down through the season, but through times like this we have to stick together."

Rose tried to play through a strained left patella before leaving early in the fourth quarter. Chicago has won four of five without Rose, who is listed as questionable against 4-36 Philadelphia.

Making matters worse, a report surfaced after the game that Noah is unhappy despite publicly putting on a good face after he was made a reserve by coach Fred Hoiberg at the start of the season. It certainly didn't help the two-time All-Star's case that the Bulls won seven of nine while he was out with a sore shoulder.

Noah, who started all but two of his games over the previous five seasons, is averaging a career-low 4.3 points and 8.8 rebounds for the Bulls, who are looking to avoid their first four-game skid since Dec. 14-19, 2013.

They should have a good chance to do so as they face a woeful Philadelphia team that's lost its last three by an average of 17 points. Jahlil Okafor scored 21 and Ish Smith added 18 points and 10 assists Sunday, but the Sixers fell 95-85 at home to Cleveland despite shooting 45.5 percent.

Philadelphia was done in by 19 turnovers, 6-for-18 shooting from 3-point range and a 9-for-19 effort on foul shots.

Smith has averaged 19.8 points and 8.0 assists in his last four games, while Okafor has scored 20.3 and shot 58.7 percent over his last three.

The Chicago native totaled 43 points and 23 rebounds as Philadelphia dropped the previous two meetings with the Bulls by a combined 42.

"I'm just trying to figure this whole thing out my first year," he told the team's official website.

Okafor could be a factor again as Chicago is minus-60 in paint points during its losing streak. The 76ers outscored the Bulls 50-38 in that category Nov. 9 but suffered a 111-88 home loss.

He also won't have to contend with center Pau Gasol, who will sit out to rest.

Nikola Mirotic totaled 37 points while going 8 of 15 from 3-point range in the two meetings. Averaging 11.1 points, he's recorded four games of 17 or more in the past seven.

The Bulls have won eight meetings in a row and 13 of the past 14.