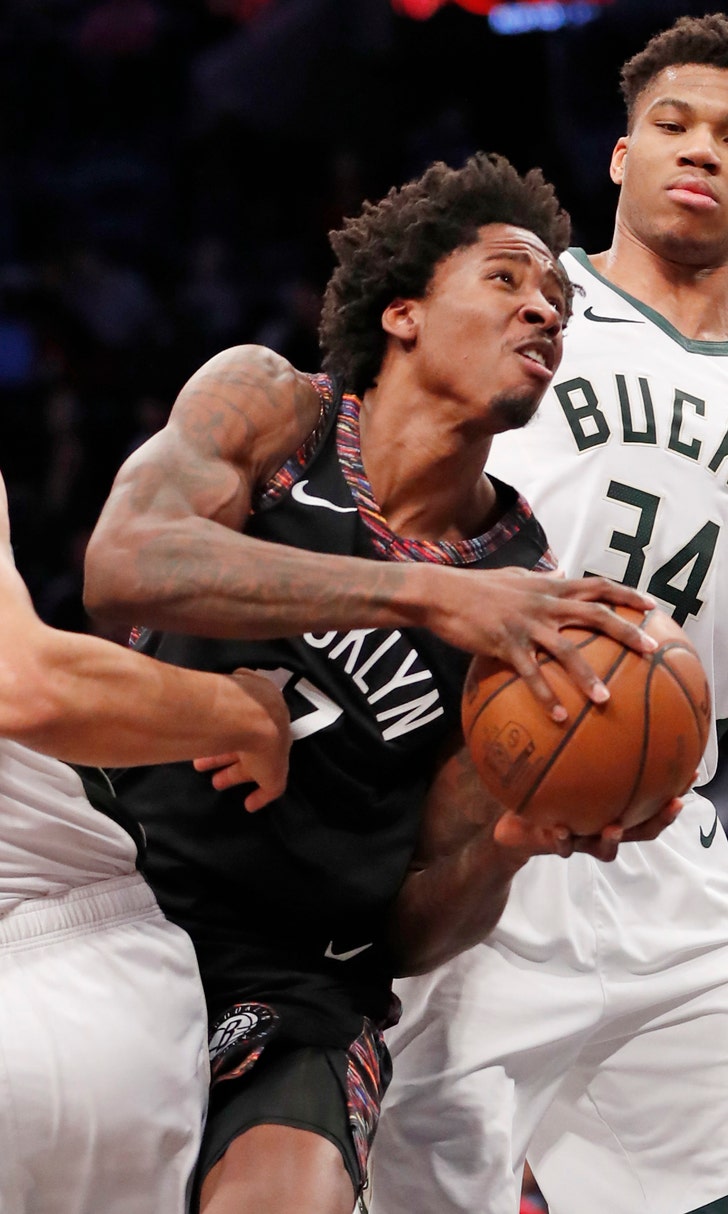 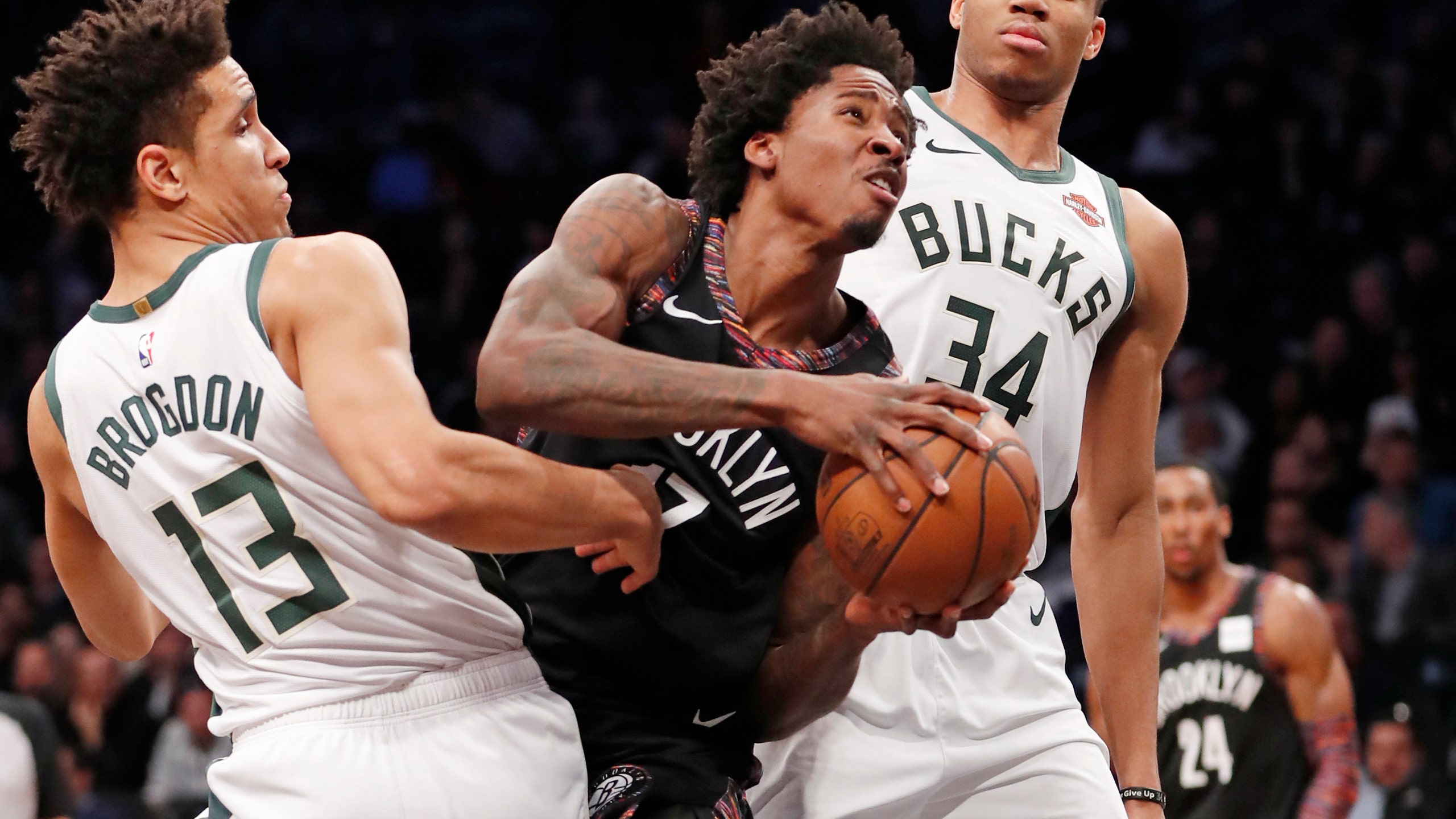 The injury-depleted Nets missed 19 of their first 20 3-point attempts, making it another easy night for the team with the NBA's best record. Brooklyn finished 5 for 42 (11.9 percent) behind the arc.

Malcolm Brogdon added 16 points and Eric Bledsoe had 15 for the Bucks, who won their fourth straight, all by double digits.

D'Angelo Russell scored 18 points for the Nets, who have been forced to go deep down their roster because of injuries and lost their third in a row.

Harden joined Wilt Chamberlain, Michael Jordan and Rick Barry as the only NBA players with 20 games of at least 40 points in the first 50 of a season.

Harden, who also had eight rebounds and six assists, extended his streak of games with at least 30 points to 27, third-longest in NBA history.

Chris Paul scored 18 and Kenneth Faried had 17 points and 14 rebounds for the Rockets, who were without two starters.

Detroit blew a 25-point lead in a loss to the Los Angeles Clippers on Saturday, but the Pistons poured it on this time. Blake Griffin added 17 points for Detroit, and Reggie Jackson scored 14.

Trey Lyles had 20 points for the Nuggets, who dropped out of a tie with Golden State for the best record in the Western Conference.

De'Aaron Fox added 20 points and Buddy Hield scored 18 to extend Sacramento's longest home winning streak since a 14-gamer in 2005-06. That was the last time the Kings made the playoffs, but Sacramento (28-25) is positioned to make a run at a postseason spot this season. The Kings trail the Los Angeles Clippers by a half-game for eighth place in the Western Conference.

DeMar DeRozan had 24 points and LaMarcus Aldridge added 22 for the Spurs, who lost the opener of their annual eight-game rodeo road trip.

WASHINGTON (AP) — Taurean Prince scored 12 of his 21 points in the fourth quarter and hit five of Atlanta's 20 3-pointers against Washington.

Rookie guard Kevin Huerter added 19 points and also hit five 3s in his return to the region where he played college ball at Maryland. Two of those 3s came during an early 16-2 run that put the Hawks up 28-16 late in the first quarter, a lead they did not give back.

Vince Carter scored 16 points in 16 minutes after halftime. John Collins had 15 points and 11 rebounds despite exiting at the break with a cut on his face.

Trae Young added 10 points and 10 assists as nine Hawks reached double figures. Atlanta finished 20 of 41 from beyond the arc to close a 4-3 road trip.

Bradley Beal had 18 of his 27 points in the fourth for the Wizards, who slipped into a 10th-place tie with Orlando in the Eastern Conference playoff race, three games back of eighth-place Miami.

NEW ORLEANS (AP) — Darren Collison capped a 22-point performance with a 3-pointer, a 20-foot jumper with the shot clock winding down and a free throw during the final two minutes as Indiana held off depleted New Orleans.

Domantas Sabonis had 16 points and 13 rebounds, and Myles Turner added 15 points and nine rebounds for the Pacers, who won their second straight.

The Pelicans, playing without five of their most productive players — including disgruntled All-Star Anthony Davis — have lost three straight. Each loss has been by six or fewer points to teams currently occupying playoff positions in the standings.