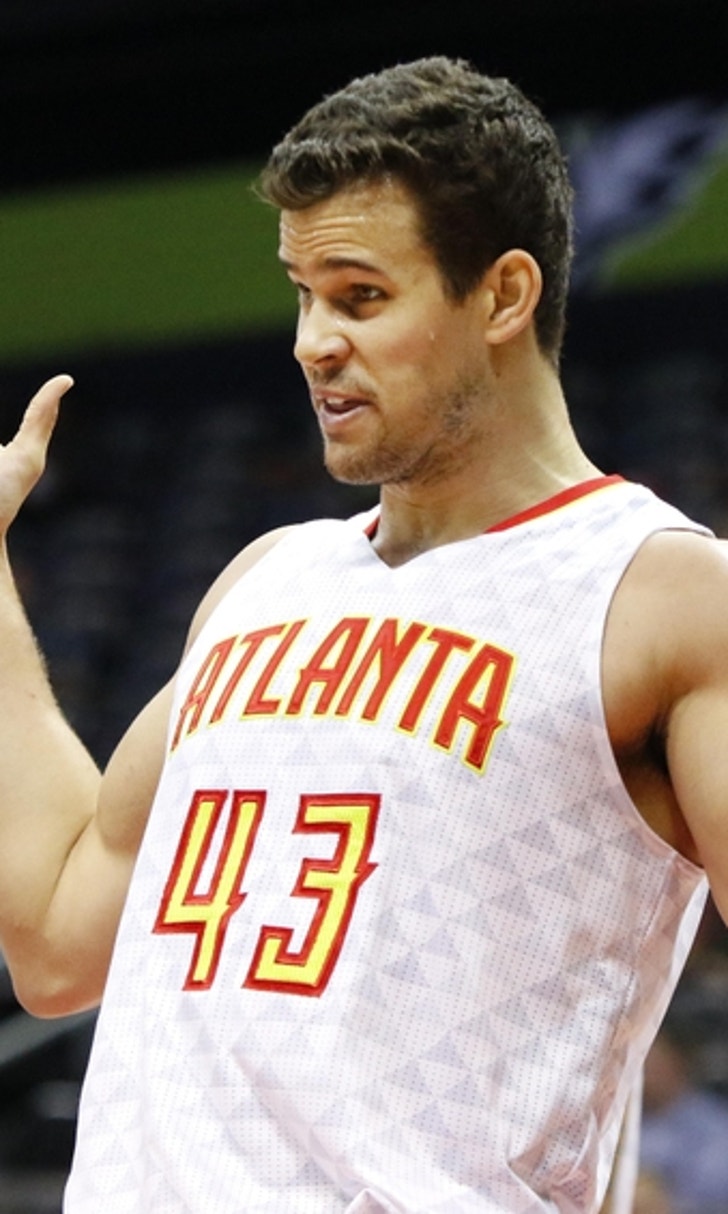 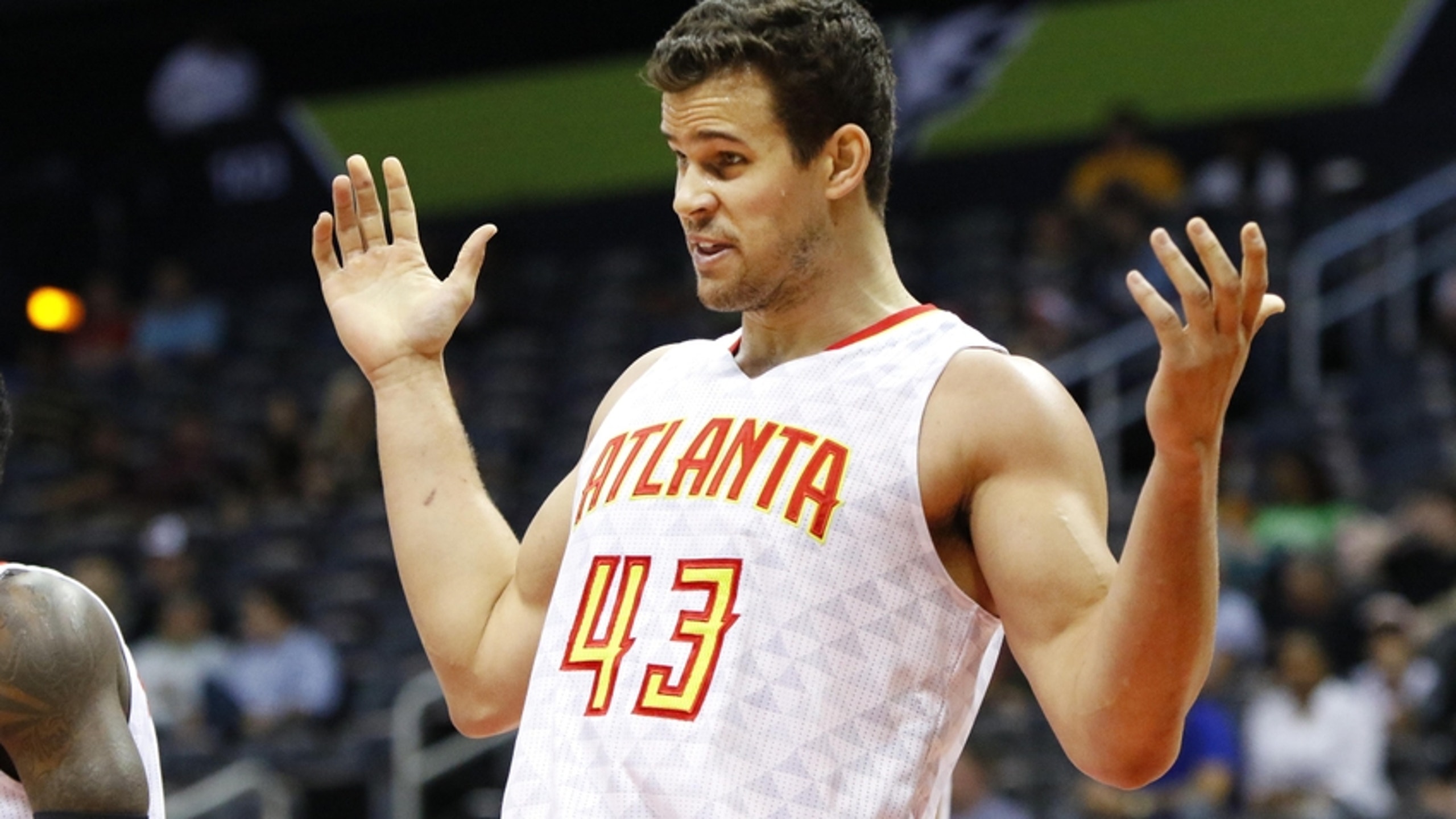 Atlanta Hawks: Should Kris Humphries Be Getting More Playing Time?

BY Fansided and Tyler Sellers/FanSided via Soaring Down South • December 20, 2016
share

The Atlanta Hawks have been tinkering with their rotation. Should that tinkering lead to more minutes for Kris Humphries?

The Atlanta Hawks had a chance to reclaim bragging rights as the leaders of the Southeast Division with a win Saturday night over the Charlotte Hornets, but unfortunately they lost 107-99. After suffering through a dismal 1-10 stretch, head coach Mike Budenholzer has been searching for answers in any way, shape, or form.

He actually has made drastic changes to the starting lineup. Since inserting Tim Hardaway Jr. in place of Kyle Korver, and starting Thabo Sefolosha for the hobbled Kent Bazemore, Atlanta has posted a 3-2 record. With some improved play out of the starters, are there any adjustments that could benefit the rest of rotation?

With Mike Scott recently assigned to the D-League, and Tiago Splitter out for the foreseeable future with the hip injury that has kept him sidelined all season, Budenholzer has been content on using Mike Muscala as the backup for both the center and power forward positions. Muscala has appeared in all 27 games, even starting in three of them, and has been playing 21.6 minutes per game. Although it’s still early, the fourth-year big man has been a pleasant surprise for the Hawks. Coming into the year, it was not a guarantee that Muscala would make the final cut for the 15-man roster. He has been highly productive, posting averages of 8.3 points, 4.0 rebounds, 1.7 assists and 0.7 blocks while shooting 53.7 percent from the field. He also has been accurate from the outside, converting 43.5 percent of his threes.

During the Hawks great start, when they had a shiny 9-2 record, Muscala held the top spot league wide with a .70.3 percent field goal percentage. As you can see, he has regressed back to the mean over the past month or so. He has been less impressive of late, as the advanced statistics below from ESPN.com will display.

So, does Kris Humphries deserve more time on the court? Back on Mar. 2 of last year, when the Hawks decided to sign Humphries after he was waived by the Phoenix Suns, it appeared to be one of the most lackluster free agent acquisitions in franchise history. Not that he was necessarily a bad player to sign, just that the expectations for his impact were not very high.

For fans who have followed him closely, or even those that have remotely paid attention to how his career has gone, it would have been reasonable to have projected him to have a very minimal role, and help only as a rebounder and defender.

Despite the uninspiring nature of his signing, he ended up making a positive impact on the Hawks last season. Almost immediately, he showed that he could be effective as a jump shooter from mid-range, and even three-point range.

Instead of being limited to a slow, physical, and bruising style of play, he got out in transition in the open floor, and moved very well on defense. Take a moment to watch the following video, which was the night Humphries made his debut as an Atlanta Hawk.

As much as he helped the Hawks with strong performances last season, he has still had problems staying in the rotation on a consistent basis. Last season he played in all 21 games in which he was active for Atlanta, with an average of 14 minutes per game. He poured in 6.4 points and collected 3.4 rebounds per contest during that time on 46.5 percent shooting.

Things changed in the postseason. When the playoffs arrived, Humphries received six of the dreaded “DNP-CD” in the box score, out of a possible 10 games. It is baffling on occasion to see him performing extremely well, only to be subbed out of the game suddenly.

Last season, Coach Bud did not have to account for near as many injuries in the front-court, but Humphries has actually gotten less playing time during this campaign. Even with the diminished depth.

Humphries has appeared in just 20 of the Hawks first 27 games, as his minutes have decreased to 10.4 minutes per game. During those contests he has managed to score 3.8 points per game on an ice cold 38.8 percent shooting from the field. He has connected on 85.7 percent of his free throws and 33.3 percent of his triples. Finally, he has posted 2.8 rebounds, 0.5 assists, 0.5 blocks and 0.2 steals per game.

It’s unclear why head coach Mike Budenholzer has kept his rotation as short as he has thus far. He has essentially chosen to go only nine players deep for his regular rotation. Though Humphries has logged a significant amount of time in a few games this season, he too often does not play at all. It makes it difficult for me to consider him as part of the regular rotation. While Kris Humphries has not performed well on offense in terms of shot-making, he does other things that could benefit the team and help them win. The physicality and toughness that he brings to the bench unit is palpable. He gets after it on the boards, especially crashing the offensive glass. The energy that he plays with can, in some cases, spark or stop a run.

It’s understandable for reserve players to be used less in a playoff series, but over the course of the regular season, it would make sense to use the extra available depth. The starters, often times the veterans, can get awfully fatigued facing back-to-back games and playing as many minutes as they do.

Keeping a productive role player on the end of the bench when he could easily help your team win is questionable.