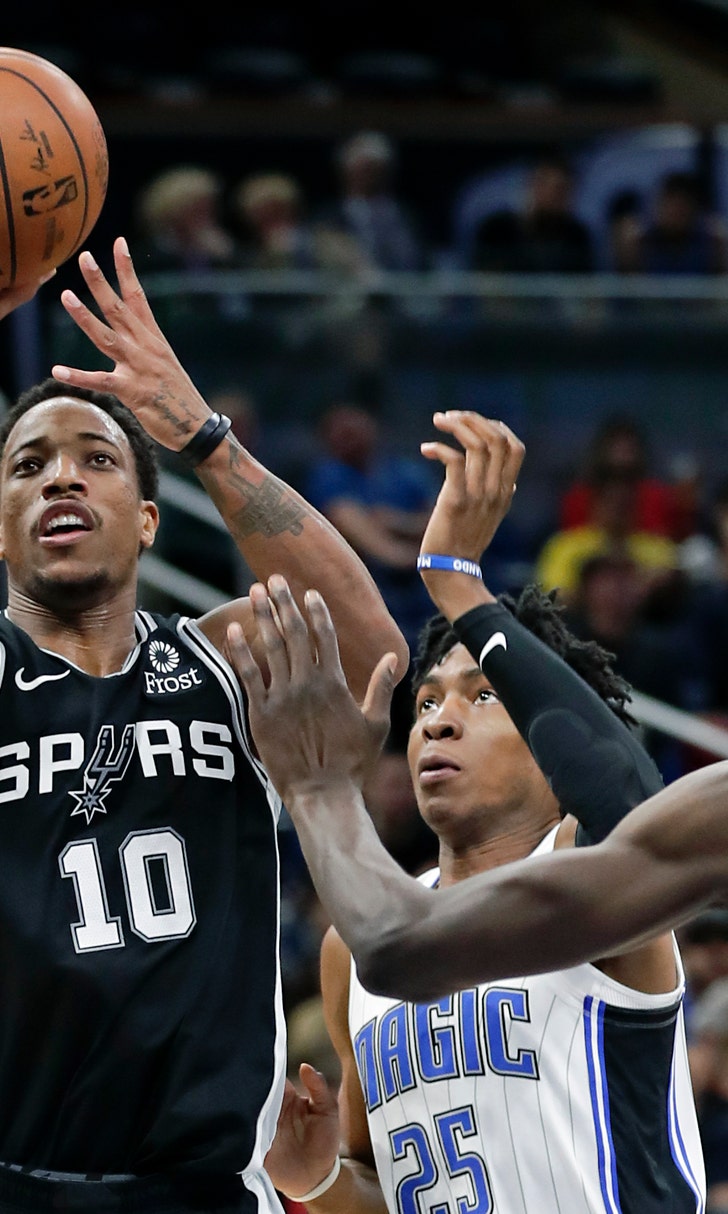 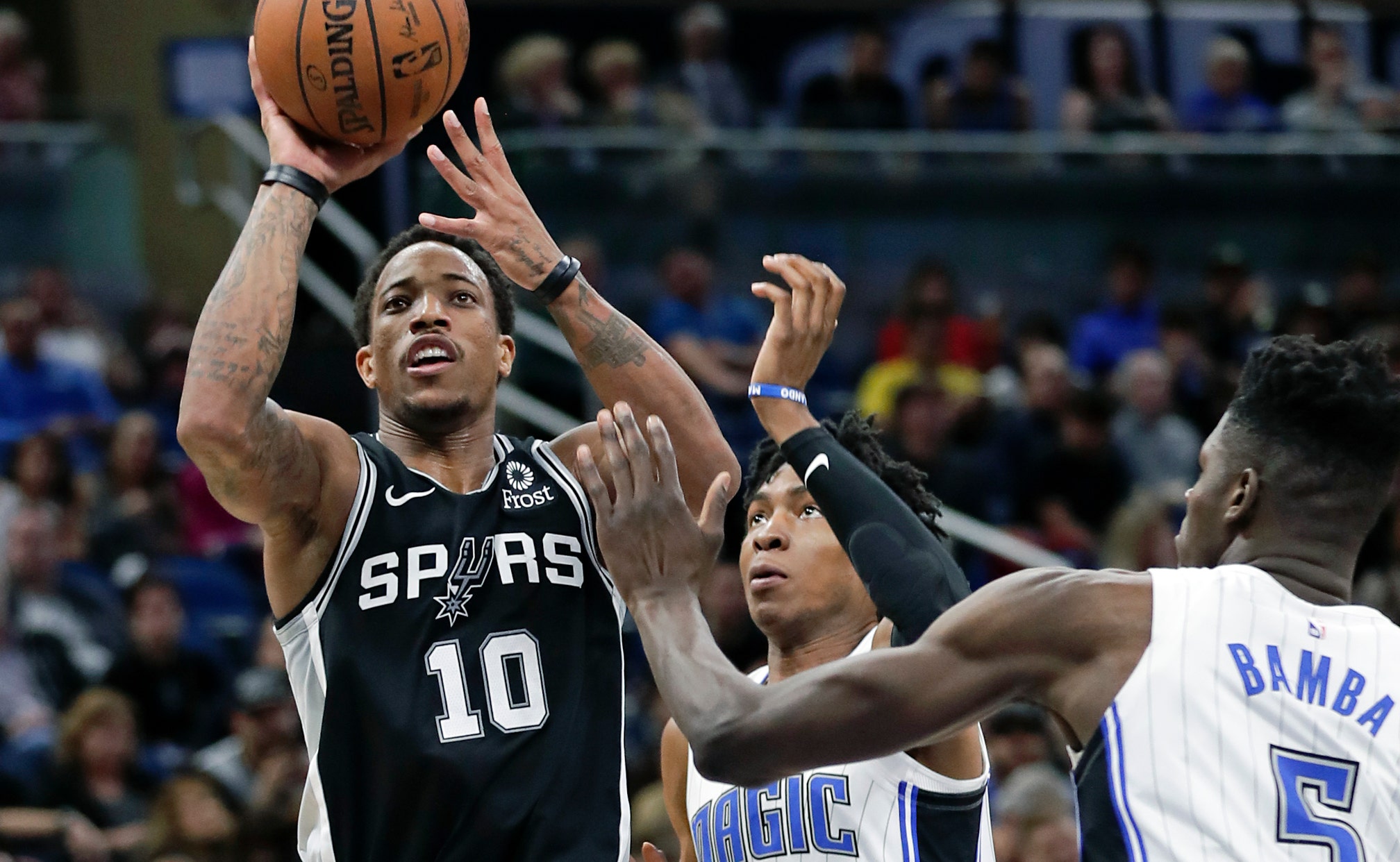 LeMarcus Aldridge scored 20 points and five San Antonio players scored in double figures as the Spurs rolled to a 129-90 victory over the Orlando Magic on Wednesday night.

The NBA's leading 3-point shooting team, the Spurs went 12 for 19 from behind the arc and 50 for 77 overall to win for the sixth time in seven games. The overall shooting percentage of .649 is the highest ever against the Magic in Orlando.

"Obviously we had a great night shooting," Spurs coach Gregg Popovich said, "and when you shoot that well it gives you a good chance to win the game."

There wasn't much of a game after the Spurs shot their way to a 20-point lead just 3:19 into the second quarter.

Marco Belinelli came off the bench and scored 18 points on 7-for-9 shooting, and DeMar DeRozan and Bryn Forbes added 17 points each.

"Everybody was hitting shots. We were moving the ball well with 29 assists," Forbes said. "That's the effort we want night-in and night-out. That's exactly what we're looking for."

"I'm learning that this is an every-night league and we've got to bring it every night or things like this are going to happen," said Bamba, who played 26 minutes as a replacement for Nikola Vucevic.

Aaron Gordon, who had 26 points in the Magic's win at San Antonio on Nov. 4, went scoreless in the first half and finished with 12 points and nine rebounds.

Rudy Gay finished a 9-0 run with a dunk late in the first half, stretching San Antonio's lead to 60-35.

The Magic (13-15) never cut their deficit to less than 17 points in the second half.

"We weren't ready to defend or fight at all," said coach Steve Clifford. "They played great and we were terrible."

It was Orlando's first game this season without Vucevic. But although Popovich called the veteran center's absence "a huge factor," it wasn't as huge as their margin of defeat.

"It hurt the team, obviously, to not have Vuc," said Evan Fournier. "But we lost by 37 (actually 39) tonight? So Vuc, as good as he is, doesn't make that much of a difference. We were just bad."

After a five-game stretch (including three losses) in which they gave up 112.2 points per game, the Spurs have held six straight opponents under 100, yielding just 91.5 per game.

"We didn't change the strategy at all. We watched film, talked about some things, and I guess they listened," Popovich said. "Or maybe the other teams just all missed shots every night. I don't know. It's a big change, for sure."

Spurs: Forbes, who was 2 for 13 from 3-point range in the preceding three games, was 3 for 3 in the first nine minutes and had 13 points. ... The Spurs held a sixth straight opponent under 100 points. ... Although nobody had more than seven rebounds, the Spurs had a 45-33 advantage.

Magic: C Nikola Vucevic missed his first game of the season due to the birth of his son, Filip, on Monday. ... F Jonathon Simmons sprained his ankle in the third quarter and did not return . ... The Magic have not won in Orlando since Nov. 18, although they were officially the "home" team in two wins at Mexico City last week.

Spurs: At home against Minnesota on Friday night.

Magic: At Chicago on Friday night.