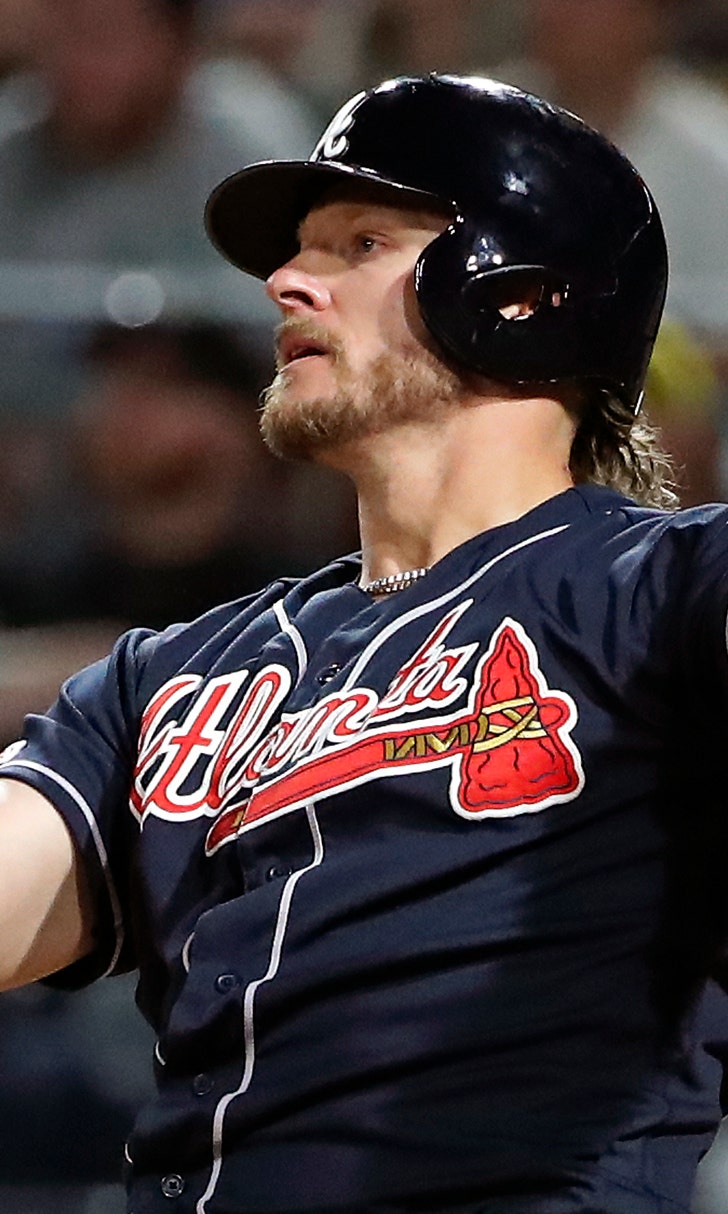 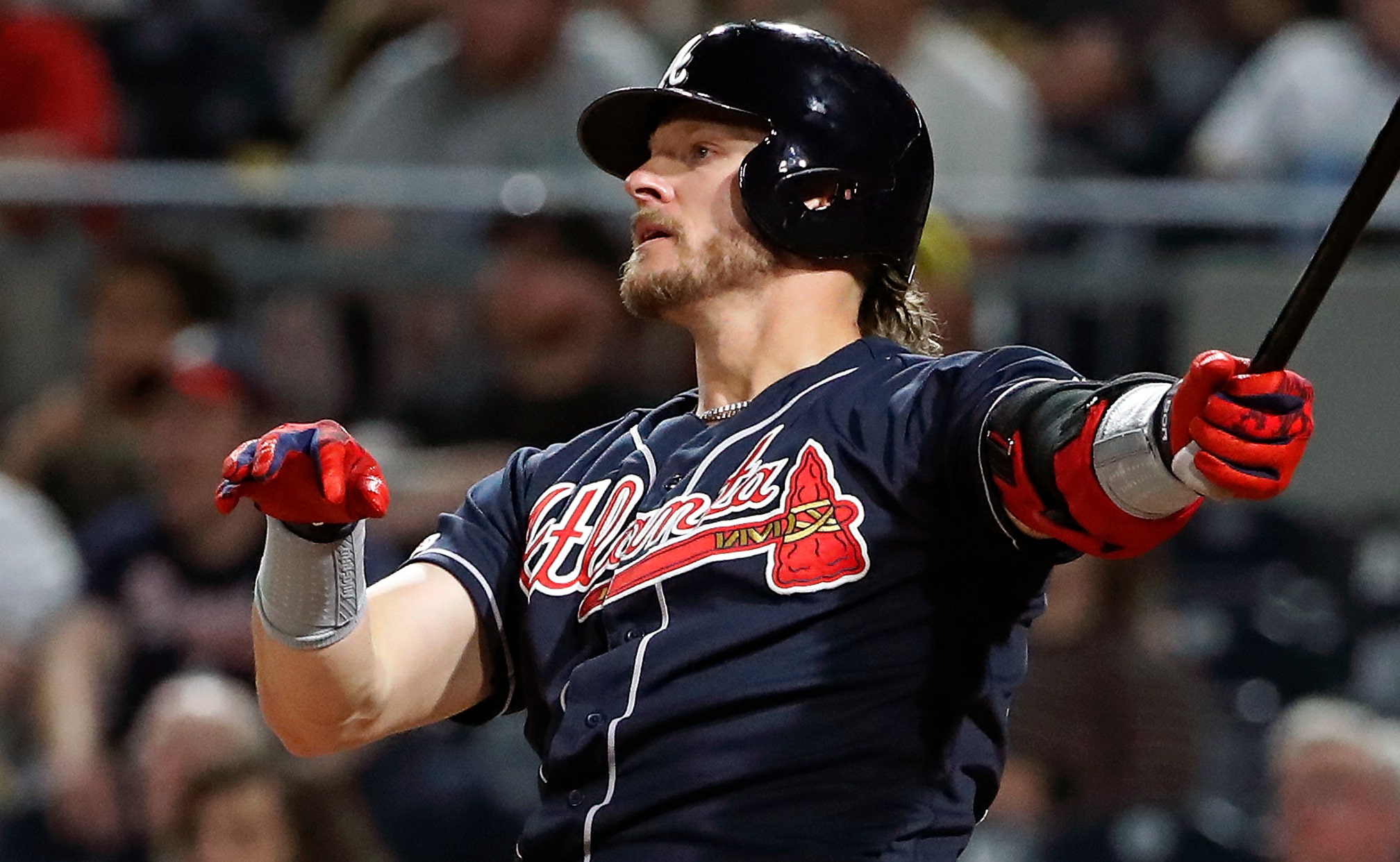 PITTSBURGH (AP) — In his short time with the Atlanta Braves, Austin Riley has liked the way his teammates fight for wins. On Tuesday night, he had a big role in their latest victory.

Riley and Josh Donaldson hit three-run home runs in consecutive innings, and the Braves rallied to beat the Pittsburgh Pirates 12-5.

"It just shows the drive of the team," said the 22-year-old Riley, who made his major league debut May 15.. "You never know what's going to happen. It shows a lot about this team."

Freddie Freeman added a two-run homer, his 15th, in a three-run ninth inning that sealed the Braves' third straight win.

Riley sent a slider from Kyle Crick (2-2) over the wall in right field for his ninth home run of the season in the seventh, turning a 5-3 deficit into a one-run lead. Donaldson pushed the lead to 9-5 in the eighth with a 439-foot shot to left-center field for his eighth.

"I just go out and try to execute my pitches," Crick said regarding Riley's homer. "Whatever happens, happens. In that particular 0-1 slider, I think I executed the pitch. Just a better piece of hitting."

"When you sit back and look at it, it just means I've been here a while," Freeman said. "I've had some success and it's pretty cool. It really is."

Dan Winkler (2-1) had one strikeout in a scoreless sixth inning to get the win.

Three Pirates errors partially contributed to five Braves runs. The three on Riley's home run came after left fielder Bryan Reynolds dropped a soft line drive from Nick Markakis with one out in the seventh.

Ronald Acuña Jr. came home for the opening run of the game after stealing third when catcher Elias Diaz threw the ball into left field in the first. Riley cut Pittsburgh's lead to 5-3 in the sixth by scoring on a pinch-hit single from Matt Joyce after reaching on a gaffe by third baseman Kevin Newman.

"I feel good about it," Braves manager Brian Snitker said. "I felt good once we got down that if we could just hold it, throw up some zeroes and give those guys a chance, they'd come back."

Melky Cabrera had two hits and three RBIs, batting cleanup for Pittsburgh in place of Josh Bell. He hit a two-run homer to left, giving the Pirates a 2-1 lead with two outs in the bottom of the first and then added an RBI single that made it 5-2 with two outs in the second.

"(Cabrera) watches a lot of video. He hunts pitches," Pirates manager Clint Hurdle said. "If you look tonight, there are three times he fired first pitch, looking for pitches, he goes up and hunts and sometimes they throw what he's hunting. He doesn't miss it very often."

Bell, the National League Player for the Month for May, was given the day off after playing the Pirates' first 58 games this season. He is batting .332 with 18 home runs and 53 RBI, but was 1 for 10 with six strikeouts in his past two games.

Braves: C Tyler Flowers replaced Brian McCann behind the plate. Snitker said McCann was not injured and could catch the next three games. Flowers, a right-handed bat, entered the lineup to match up against the lefty-throwing Brault.

Pirates: OF Gregory Polanco did not play after sitting to start Pittsburgh's 4-2 loss to Milwaukee on Sunday before pinch-hitting in the ninth inning. He has two hits and 11 strikeouts in his past 19 at bats.

Braves: RHP Kevin Gausman (2-4, 5.56) will take the mound for the second game of the three-game set. He went just one inning in his last outing, allowing eight runs and eight hits in a 14-4 loss to Washington last Wednesday.