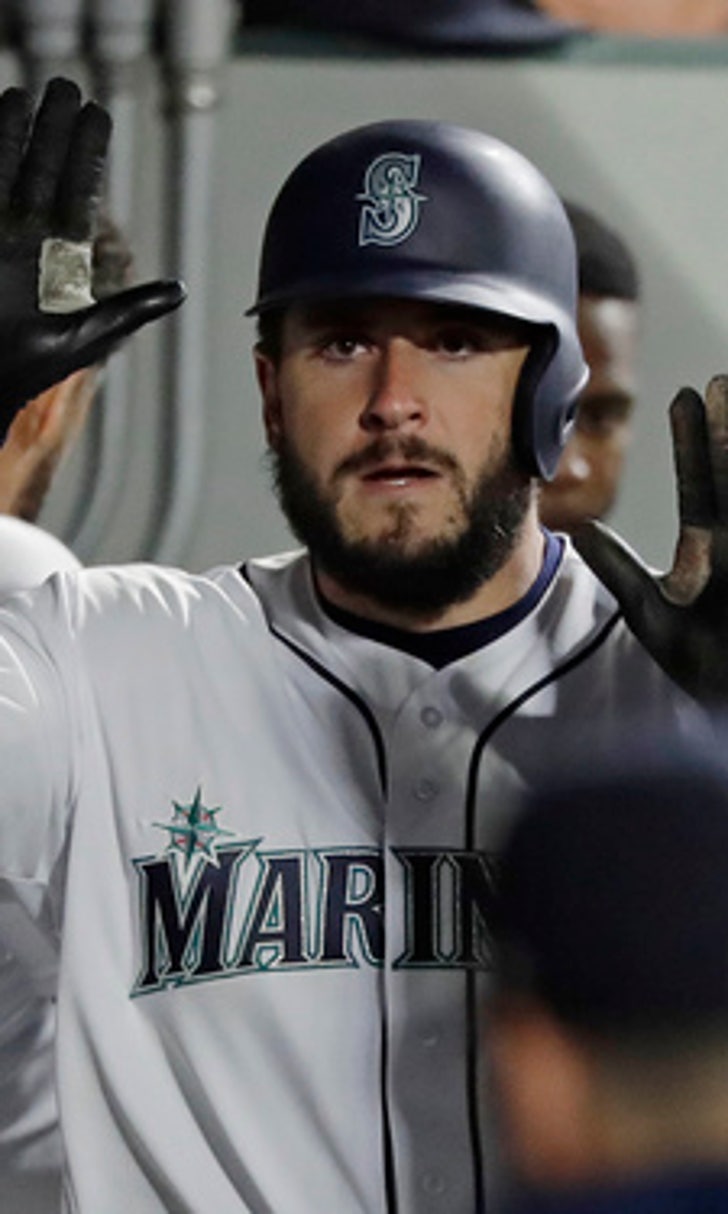 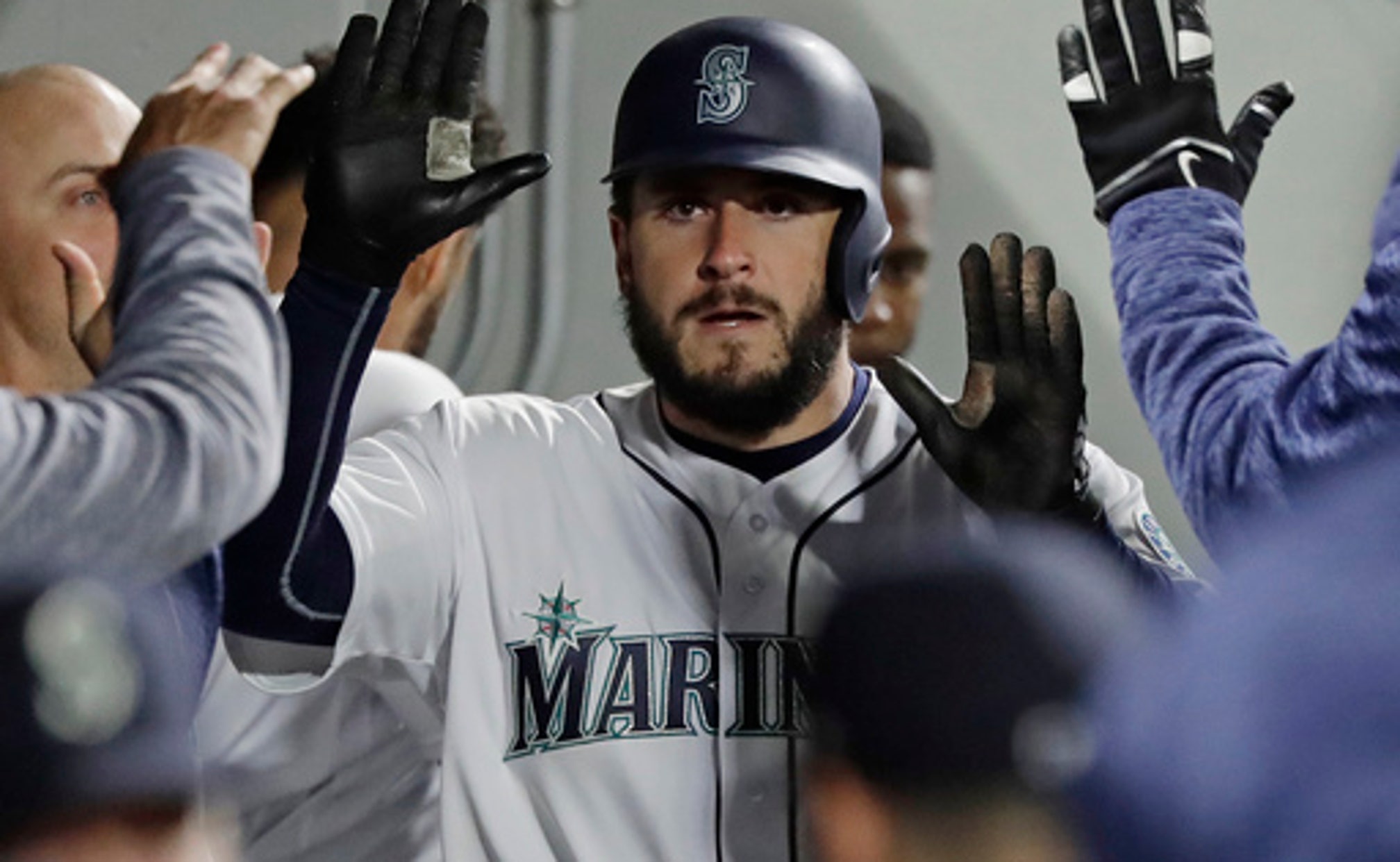 SEATTLE (AP) James Paxton made sure not to let a Mariners nemesis ruin his night right from the start.

Paxton shook off a leadoff home run from Houston's George Springer to deliver six strong innings, and Seattle beat the Astros 2-1 on Monday to end a six-game skid against the World Series champions.

After that home run, Paxton (1-1) was solid, striking out seven and allowing two more hits.

Dee Gordon's RBI double off Astros starter Dallas Keuchel (0-3) made it 2-1 in the sixth inning, putting Paxton in line for the win.

Springer has feasted on Mariners pitching over the years, and coming into the series opener Monday was the only Houston regular to ever hit a home run off Paxton.

On the fifth pitch of the game, Springer smashed an inside fastball way back in left field for his 19th career home run against Seattle.

''He's tough,'' Springer said. ''He throws hard and has a great angle on his ball. It's kind of one of those things where I'm looking for something to hit, and hopefully I don't miss it.''

After giving up the 455-foot blast, Paxton settled down by pounding the inside part of the plate.

Nick Vincent and Juan Nicasio got the ball to closer Edwin Diaz, and he pitched a scoreless ninth for his AL-leading seventh save.

Nelson Cruz hit his third home run in five games with his tying solo blast off Keuchel with two outs in the fourth.

Catcher David Freitas led off the sixth for Seattle with a double. Gordon followed with a soft line drive to right that Springer was slow to after losing his footing and slipping on the grass.

''Dee wasn't trying to do too much with the ball,'' Keuchel said. ''I felt like we were playing pretty deep on him. If I make a mistake and he hits it over somebody's head, then I'm fine with that. That was just bad luck.''

Houston has scored one or fewer runs in back-to-back losses. That never happened in the Astros' run to the World Series title last season.

NO DELAYS AT SAFECO FIELD

Servais is plenty aware of the bad weather plaguing the majors this year. Still, he got an earful from his parents about it Monday.

They live in Wisconsin and have up to 12 inches of snow in their front yard.

Three more games were postponed Monday because of weather, bringing the season total to 24 - most in the big leagues before May 1 since 2007.

Given the Mariners play at Safeco Field under a retractable roof, their opener with Houston on Monday was never in jeopardy.

Astros: LHP Tony Sipp (calf) threw a bullpen session Monday, but the team isn't sure if he will go out on a rehab assignment or be activated to the big club when eligible Wednesday.

Mariners: C Mike Zunino (left oblique) began his three-day rehab stint in Class A Modesto on Monday. He is expected to play two games at catcher before being activated. ... OF Ben Gamel (right oblique) will play at least one more minor league game Tuesday with Triple-A Tacoma. ... RHP Erasmo Ramirez (strained lat) is also scheduled to make a rehab start Tuesday in Tacoma. ... RHP Hisashi Iwakuma (shoulder), who signed a minor-league deal with Seattle last November, will likely throw one more bullpen session Tuesday before being sent off on a minor league assignment.

Astros: RHP Lance McCullers Jr. (1-1, 7.71 ERA) is coming off one of his worst career starts in Minnesota on Wednesday (career-worst eight earned runs in three-plus innings), but is 5-2 with a 2.96 ERA lifetime against Seattle.

Mariners: The Mariners will likely tab LHP Ariel Miranda to make his season debut against the Astros. This will be his seventh career start against Houston, and he is 1-2 with a 4.30 ERA against the World Series champions.

Turner Exits Game After COVID Test
The Dodgers third baseman returned to the postgame celebration despite a positive test. Here's the latest.
8 hours ago

Scenes From LA's Celebration
The Los Angeles Dodgers are crowned World Series champions for the first time in 32 years, and the emotions were on full display.
9 hours ago

Sports World Reacts to Dodgers' Title
Twitter lit up after the Dodgers won the World Series on Tuesday night, defeating the Tampa Bay Rays in six games.
10 hours ago