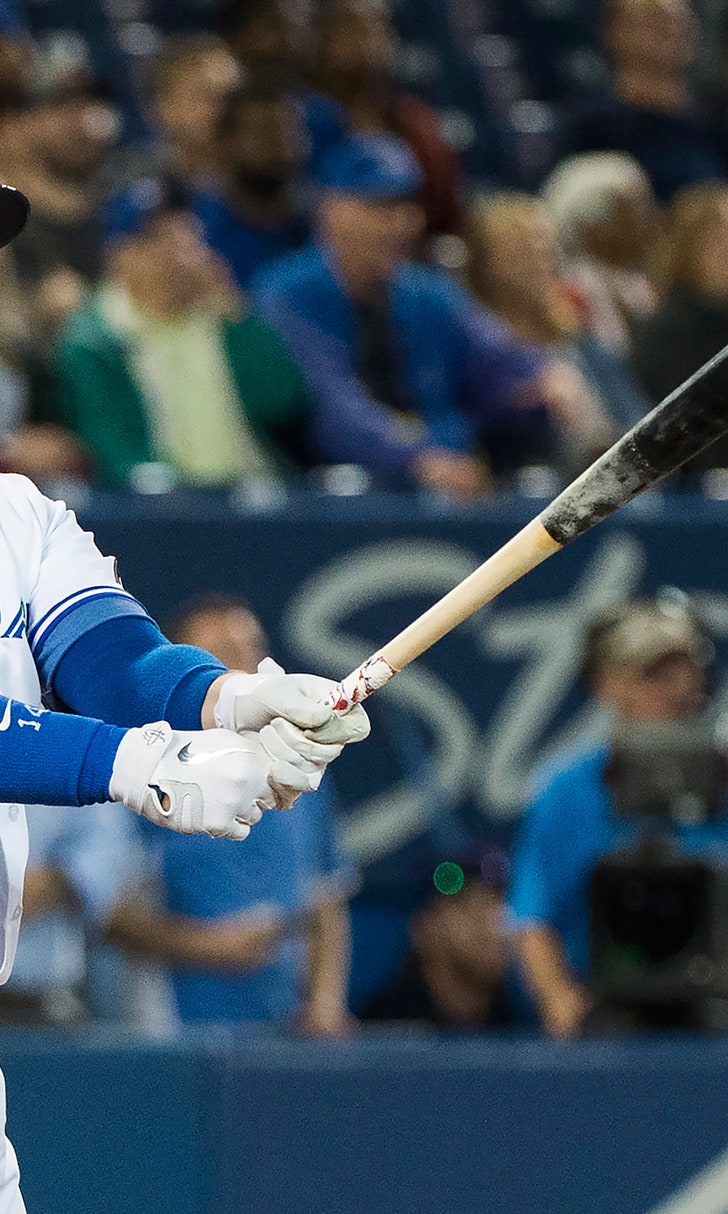 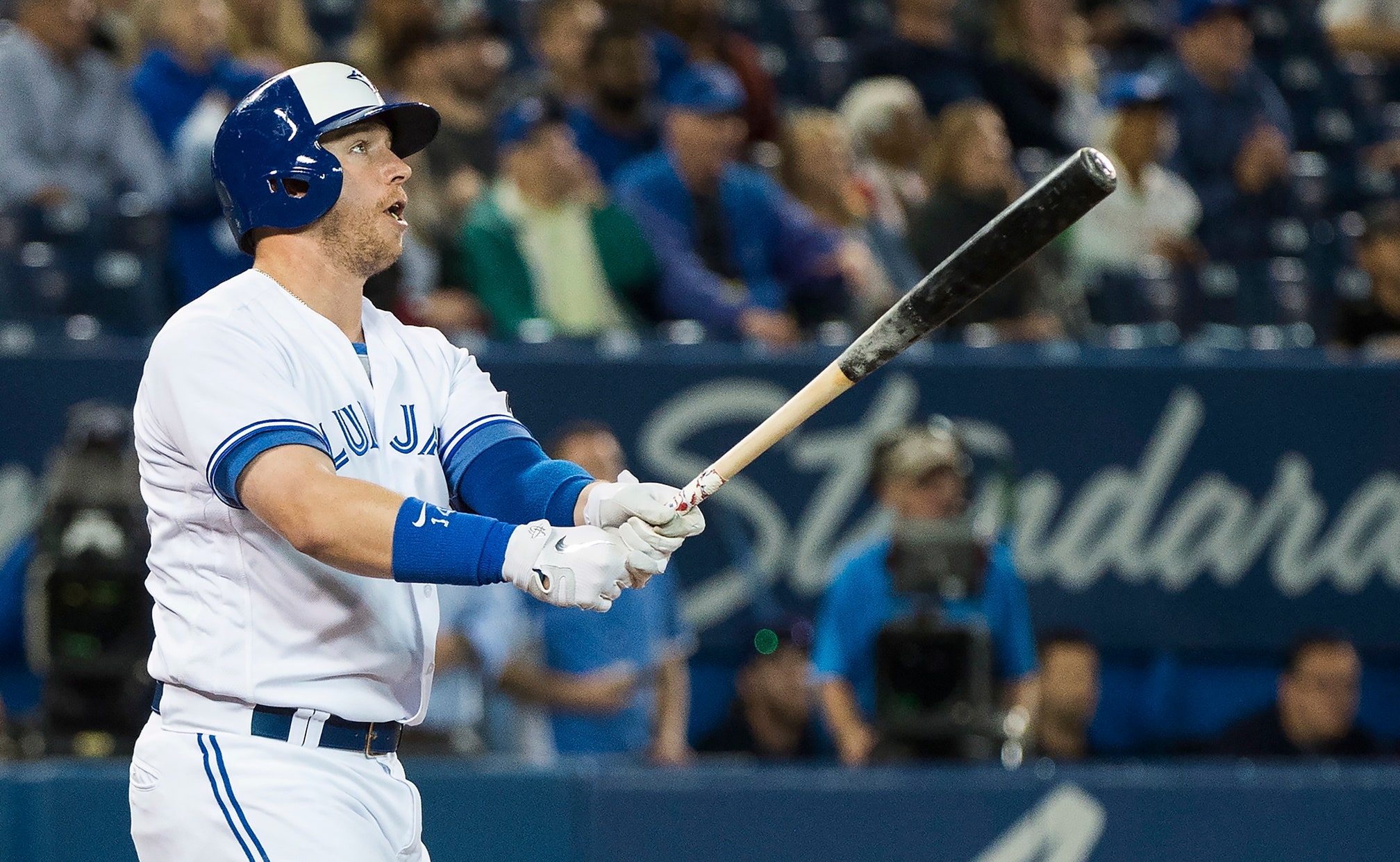 With the best record in baseball and a playoff berth already secured, Boston (104-49) closed out a once-tight division race with nine games to spare. J.D. Martinez and the Red Sox, alone in first place since July 2, will open the postseason at home on Oct. 5 against an opponent to be determined.

Never before had Boston finished in first place three years in a row. The club needs one victory to match the franchise record held by the 1912 World Series champions.It took three tries, but these Red Sox finally earned their chance to celebrate at Yankee Stadium under rookie manager Alex Cora.

Brock Holt also homered for the Red Sox, and Martinez increased his major league-leading RBI total to 124 in a game that took 4 hours, 2 minutes.

The Athletics reduced their magic number for clinching a playoff berth to five. Since June 15, Oakland is a major league-best 58-25.

Going into Thursday, Oakland trailed Houston by four games in the AL West, led Tampa Bay by 5 1/2 games for the second wild card, and was 2 1/2 games behind the New York Yankees for the first wild card.

Catcher Francisco Arcia pitched the last two innings for the Angels, and also homered in the ninth.

Piscotty was 2 for 3 with a three-run homer. He's 4 for 6 with two home runs and nine RBI in his last two games. Matt Chapman was 2 for 4 with a double and two RBI. He leads the majors with 24 doubles since the All-Star break and has 41 on the year.

Mike Trout hit his 36th home run for the Angels.

ATLANTA (AP) — Luca Duda's pinch-hit double drove in the go-ahead run in the seventh, and Atlantatook an important step toward winning the NL East by beating Philadelphia.

Atlanta leads the second-place Phillies by 6 1/2 games following the opening game of the four-game series. The teams close the season with three games at Philadelphia, but the Phillies need to win at least three of four in Atlanta to retain hope of making the final series meaningful. The Braves have a magic number of four over Philadelphia to clinch their first division title since 2013.

Freddie Freeman had two hits and scored two runs. He has eight hits in his last three games.

Tommy Hunter (4-4), the Phillies' fifth pitcher, gave up a leadoff double to Dansby Swanson in the seventh. The left-handed hitting Duda pulled the run-scoring double into the right-field corner, giving Atlanta the 4-3 lead. Jesse Biddle (6-1), the Phillies' 2010 first-round pick, gave up one hit while recording two outs in the seventh.

Smoak hit his 25th homer of the season and third career walk-off blast. Sergio Romo (3-4) blew his eighth save in 30 opportunities. David Paulino (1-0) pitched an inning for the victory as Toronto won for the fourth time in its past five.

Trailing 8-2 to begin the ninth, the Blue Jays roared back to snap Tampa Bay's five-game winning streak. Tellez hit an RBI double and Danny Jansen chased Jamie Schultz with a three-run homer. Romo came on and struck out Richard Urena, but pinch hitter Kendrys Morales singled and Lourdes Gurriel Jr. tied it with a two-run homer to left. Smoak followed with a first pitch drive to right.

CLEVELAND (AP) — Matt Davidson hit a run-scoring single with two out in the 11th inning to lift Chicago past Cleveland for the White Sox's first victory at Progressive Field this season.

The White Sox were outscored 58-19 in dropping their first eight games in Cleveland, including a 4-1 loss Wednesday when Jason Kipnis hit a grand slam in the ninth.

Yolmer Sanchez doubled off Adam Cimber (0-3) to start the 11th and moved to third on a groundout. After Avisail Garcia was intentionally walked, Ryan Cordell struck out before Davidson singled to right.

Hector Santiago (6-3) pitched three scoreless innings. Eric Haase was hit by a pitch to start the 11th, but Santiago retired Fransico Lindor on a fly ball, struck out Michael Brantley and got Jose Ramirez on a groundout to end the game.

Stewart, a September call-up playing in his 11th game, became the first Tigers rookie to drive in six runs in a game since Ryan Raburn had seven against the White Sox on July 25, 2007.

Jorge Bonifacio, Hunter Dozier and Adalberto Mondesi homered for Kansas City. Jorge Lopez (2-5) gave up seven runs without getting an out in the second.

Lobaton, who spent the previous four years in Washington before signing with the Mets in December, lofted a one-out fly ball off Jefry Rodriguez (3-3) with the bases loaded to score Amed Rosario.

Jacob Rhame (1-2) worked two scoreless innings, and Paul Sewald pitched the 12th for his second save.

Washington starter Max Scherzer pitched seven innings, allowing three runs while striking out 13. He has 290 strikeouts this year, the most for a National since the franchise relocated from Montreal before the 2005 season. Scherzer set the previous mark of 284 in 2016.

MIAMI (AP) — Cody Reed won for the first time as a starter in the majors, and Scooter Gennett homered and doubled to lead Cincinnati past Miami.