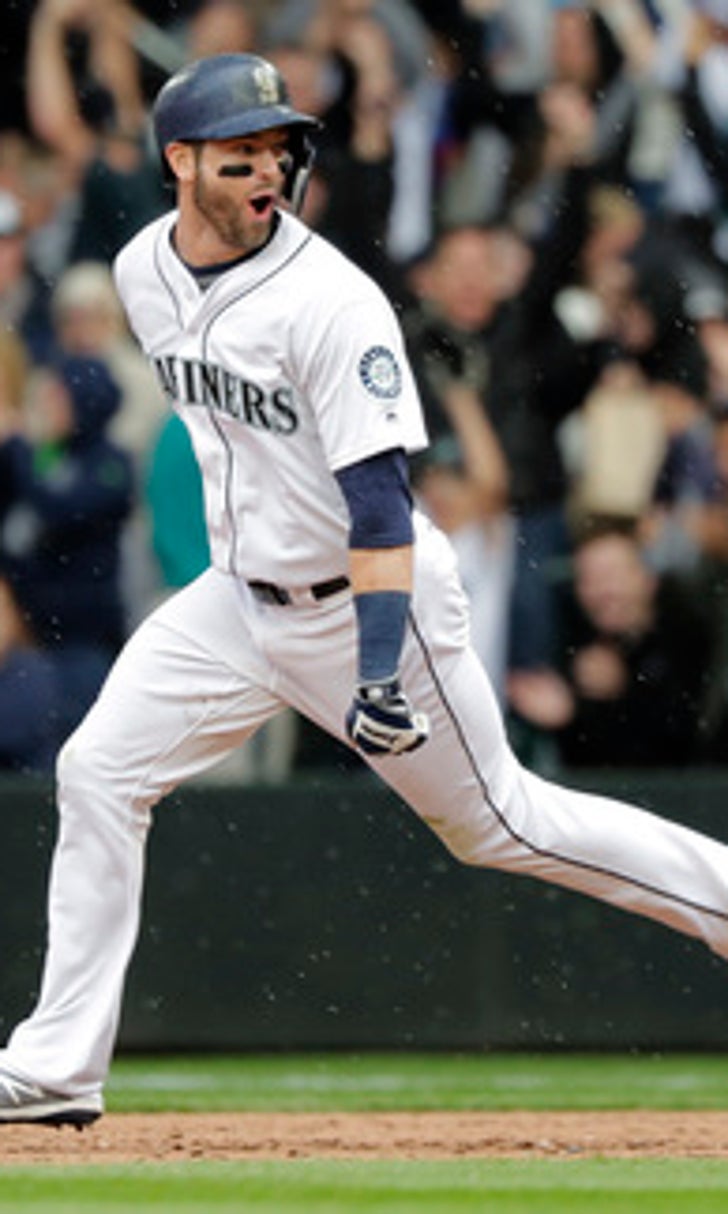 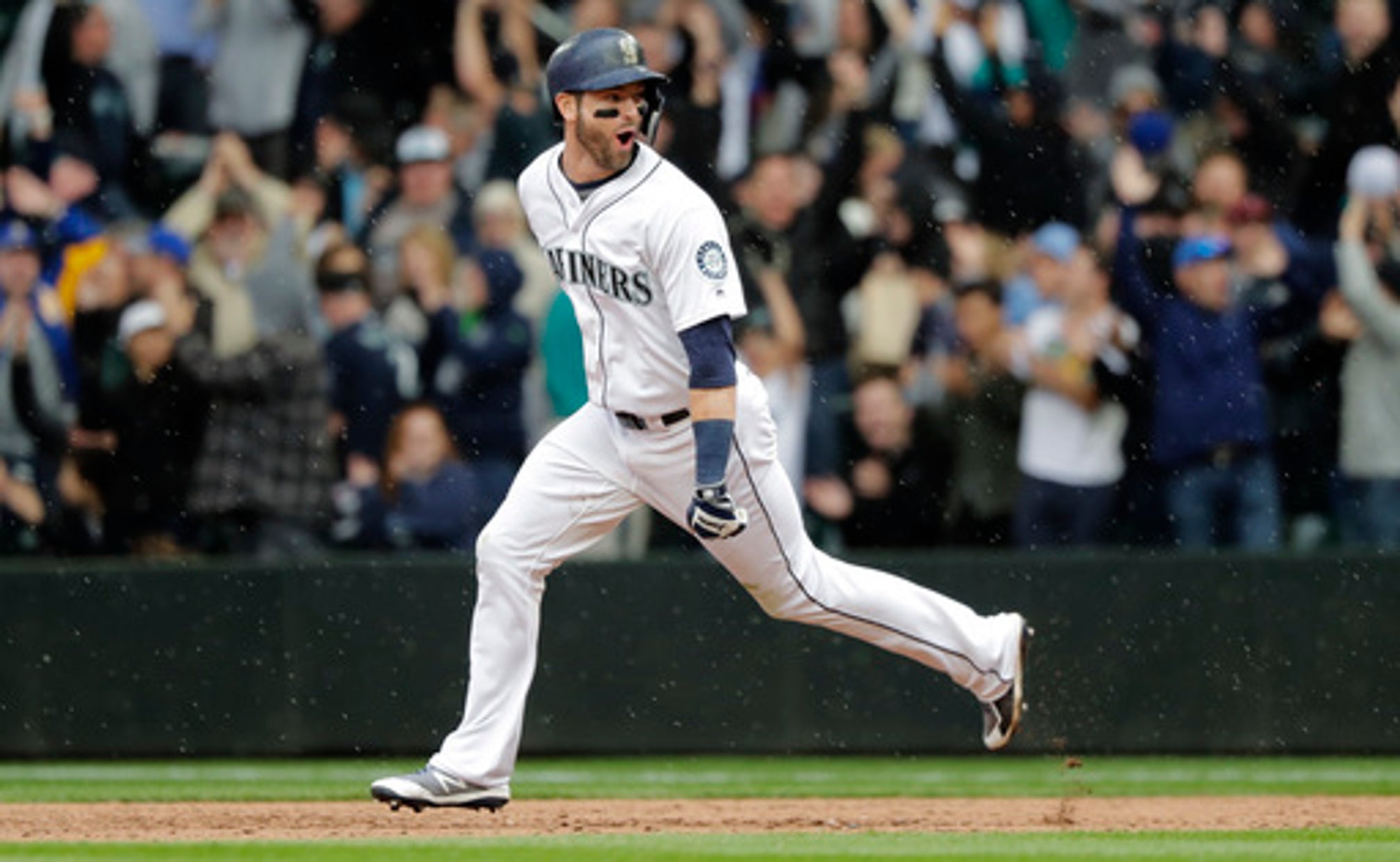 SEATTLE (AP) Something about the big moments brings out the best in Mitch Haniger.

His two-run home run in the ninth on Wednesday, after a stellar defensive play in the top of the inning, gave the Seattle Mariners an 8-6 victory and sweep of the three-game series over the Los Angeles Angels.

''We have such a powerful lineup,'' Haniger said. ''On any given night it can be somebody else and that's kind of the vibe. There's no panic.''

Haniger, who has 16 home runs this season and 52 RBIs, has an MLB-best 11 game-winning hits - including his second game-ending homer on Wednesday.

After Jean Segura singled to center off reliever Oliver Drake (0-1), Haniger sent a pitch over the left-field wall off to end it.

Nelson Cruz and Ryon Healy also homered for Seattle, and Healy's upper-deck shot in the eighth inning tied the game at 6-6. Cruz hit a two-run homer in the second inning, his fourth in his last five games and 16th of the season.

The home run by Haniger, who was 2-for-5 and scored two runs, was his second big play of the ninth inning. He also made an outstanding defensive play in right field for the second consecutive game.

With one out and a runner at first, Martin Maldonado hit fly ball to deep right that was tailing away from Haniger. However, he raced to make the catch before throwing it on the fly to Healy in the infield. Healy ran to first to double off Jabari Blash, who was pinch running for Albert Pujols.

The Mariners have won six of their last seven games and 11 of their last 13. Roenis Elias (2-0) earned the win with two scoreless innings of relief, and Seattle starter Marco Gonzales allowed seven hits and three runs in five innings.

Wednesday's game had plenty of drama - including two times when the game was tied and two lead changes.

''I don't know where to start with this game,'' said Seattle manager Scott Servais. ''It had a little bit of everything in it.''

Seattle built a 4-1 lead in the third inning and led 4-3 before the Angels came back to tie it in sixth inning on a sacrifice fly by Luis Valbuena. Home runs by Nolan Fontana and Chris Young gave the Angels a 6-4 lead in the seventh.

The Angels had won six consecutive games before coming to Seattle.

''It says a lot the way our guys came back,'' Los Angeles manager Mike Scioscia said. ''But unfortunately it was one of those days when our bullpen was stretched a bit after having to use them a lot, and we couldn't get it done at the end.''

Angels starting pitcher Garrett Richards left the game after two innings because of tightness in his left hamstring. Shortstop Zack Cozart left the game in the fourth inning because of a left shoulder strain.

Seattle third baseman Kyle Seager was a late scratch from the starting lineup Wednesday, but he is not injured. Mariners officials said it was a personal issue, and Andrew Romine started at third in his place.

Before the season started, Servais said he would get a haircut just like Edwin Diaz if the closer reached 50 saves this season. Diaz, who has a Z-like symbol shaved into the left side of his head, already has an MLB-best 25 saves this season and is on pace to reach 55 saves. ''I'm aware,'' Servais said. ''I'm already talking to barbers. I'm OK with that.''

Mariners: RHP Nick Vincent (groin strain) and RHP Juan Nicasio (knee swelling) both are expected to throw in the bullpen Friday on Saturday. Servais said he hopes both relievers can come of the 10-day DL by the middle up the upcoming 10-day road trip that starts in New York against the Yankees on June 19.

Angels: LHP Tyler Skaggs (5-4, 3.08) tries to continue his June hot streak when the Angels play the Athletics on Friday in Oakland. Skaggs is 2-0 with a 0.69 ERA in his previous two starts this month. Trevor Cahill (1-2, 2.27) is expected to start for Oakland.

Mariners: Felix Hernandez (6-5, 5.70) is on the mound to start a four-game home series against the Boston Red Sox on Thursday. Hernandez is coming off his shortest outing of the season when he took the loss at Tampa Bay, allowing five earned runs on seven hits in the 7-3 loss. David Price (7-4, 4.00) is the expected starter for Boston.

World Series Top Plays: Game 1
The World Series is finally underway. Stay up to date with the latest and greatest plays from Game 1, as they happen.
9 hours ago