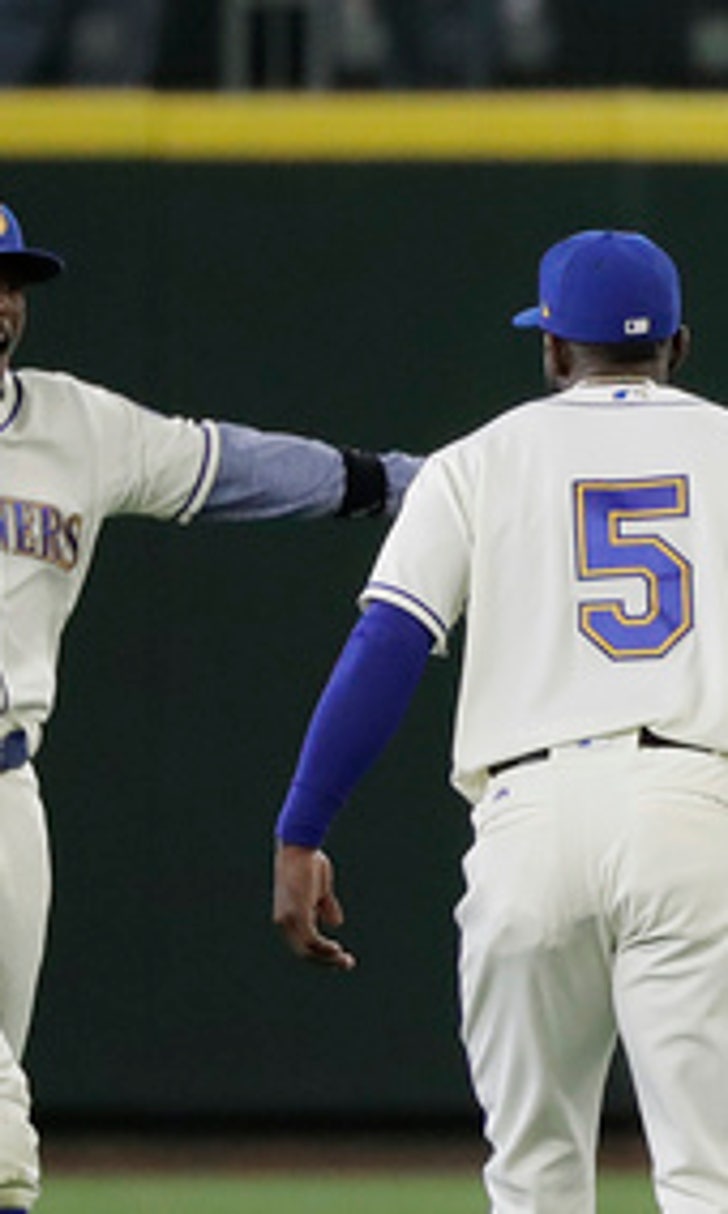 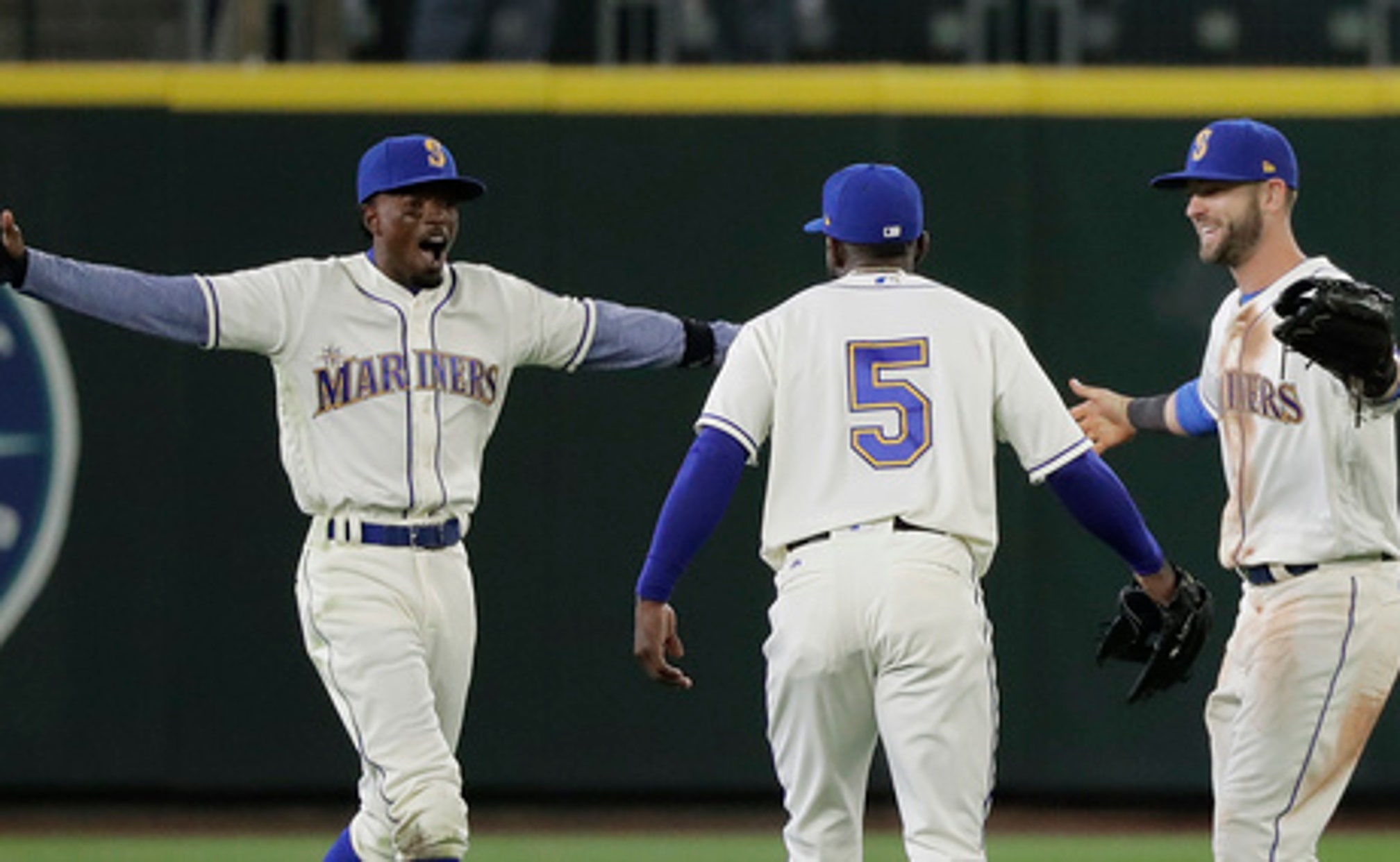 SEATTLE (AP) Dee Gordon isn't known for hitting home runs, and before this year he'd never played the outfield. But on Sunday, his power and his glove in center field led the Seattle Mariners to a 5-4 win against the Cleveland Indians.

Gordon, who has never hit more than four homers in a season, led off the seventh inning with a tiebreaking shot to right off Dan Otero (0-1). Gordon clearly knew he'd hit it well - after making contact, he watched the ball and walked out of the batter's box.

After he rounded the bases, Gordon leapt high for a celebratory high-five with teammate Jean Segura in the on-deck circle.

''The scariest thing for me in the game was after Dee hit the home run and crossed the plate,'' Seattle manager Scott Servais said. ''The high-five he gave, I've never seen anybody jump that high after a home run.''

Gordon, an All-Star second baseman before the Mariners acquired him from Miami last offseason and moved him to center field, also made a sliding catch in the third after racing to deep left-center on a drive by Jason Kipnis.

''That slide catch was pretty cool,'' Gordon said. ''That was my first-ever slide catch.''

Leake (1-0) gave up two runs and five hits. He has allowed three runs or fewer in all six starts since joining the Mariners late last season.

Gordon's homer broke a 2-all tie and, a few batters later, Haniger added a two-run drive off reliever Tyler Olson to give Seattle a 5-2 lead.

They were the first runs Olson has allowed with Cleveland - last year he threw 20 scoreless innings in 30 appearances for the Indians.

Encarnacion cut the lead to one with his second homer in the eighth, a two-run shot.

''It's only three games and I feel great at the plate,'' Encarnacion said. ''I'm seeing the ball good and I want to continue to be that consistent.''

Edwin Diaz struck out all three batters in the ninth for his second save.

Seattle took two of three in the season-opening series, the first time since last August the Indians lost a regular-season series. ''Our team, we know what we've got and we think we're good,'' Haniger said. ''We're going to prove a lot of people wrong.'' Cleveland closed out last season going unbeaten in their final 18 series (15 wins, three ties) before losing to the New York Yankees in their best-of-five AL Division Series.

Mariners: Nelson Cruz twisted his right ankle Saturday slipping on the dugout steps after a home run. Cruz had an MRI on Sunday morning. ''We'll have to wait and see what the results are,'' Servais said. ''If it's going to be longer than three or four days, we'll have to make a roster decision. Right now we'll keep our fingers crossed he'll bounce back.'' ... OF Ben Gamel, on the disabled list with a strained right oblique, will join Triple-A Tacoma for some simulated games this week and begin a rehab assignment with Tacoma when the team's season starts Thursday. ... RHP Erasmo Ramirez is expected to throw in a simulated game with Tacoma as he recovers from a strained lat muscle, and C Mike Zunino (left oblique strain) might also play in a simulated game this week.

Indians: Cleveland begins a three-game series at the Los Angeles Angels on Monday. RHP Mike Clevinger will make his first start of the season. Clevinger is 2-0 with a 3.94 ERA in four career starts against the Angels.

Kershaw Makes History In Dodgers Win
The Dodgers are one win away from a World Series title, after Clayton Kershaw silenced the doubters in Game 5.
17 hours ago

World Series Top Plays: Game 5
The Dodgers bounced back from their disastrous Game 4 to claim a 3-2 lead. Check out the biggest moments from Game 5.
21 hours ago