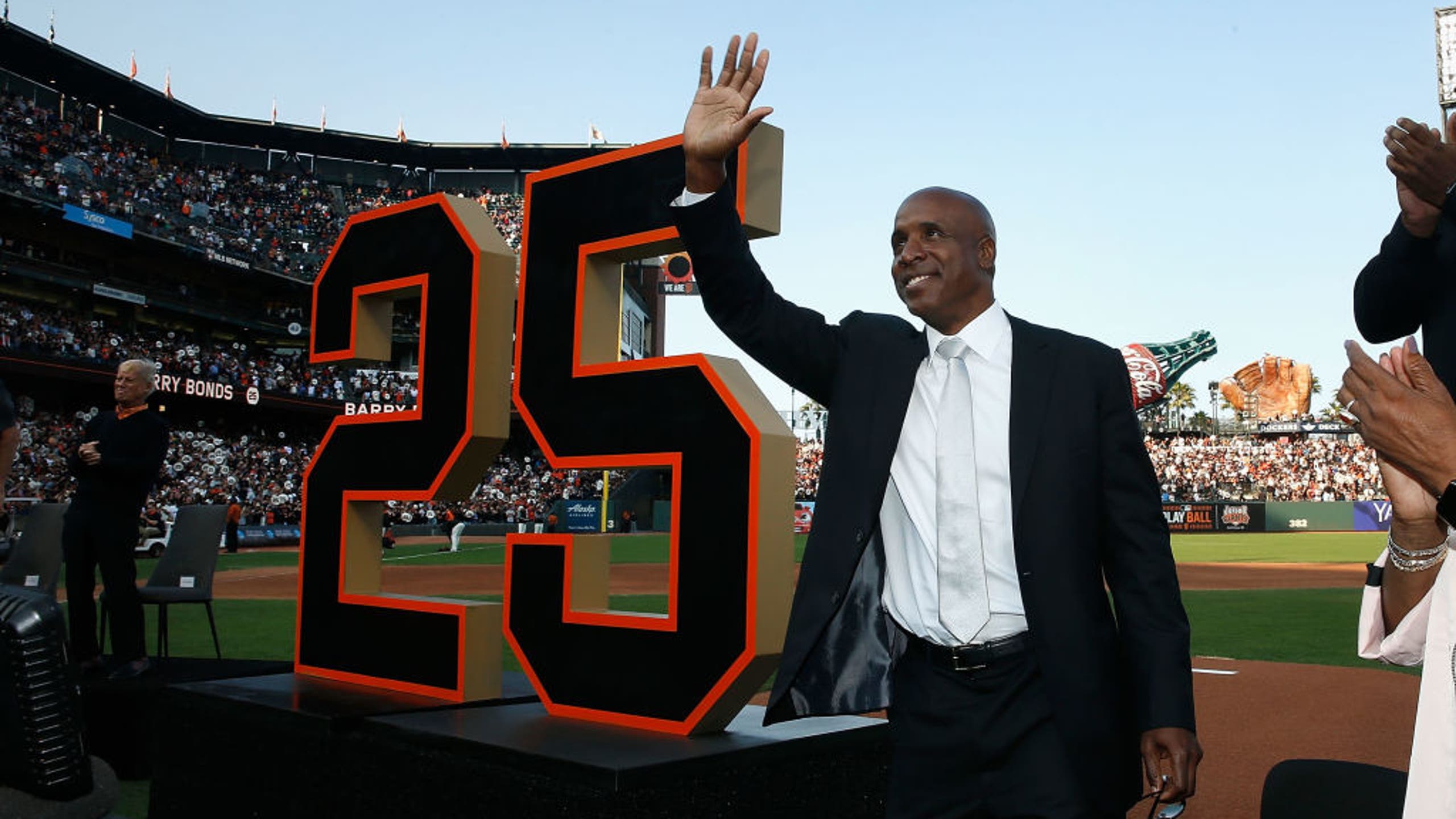 When I was 14 years old, for the first and only time in my life, I got excited to walk into a museum.

I was already an enormous baseball fan when my parents took our family on a trip to the National Baseball Hall of Fame in Cooperstown, New York.

When those doors swung open for the first time, I was transported out of the present and immediately felt like I was taking a walk back through history.

As I reviewed the names and studied the busts, even as a teenager, I appreciated that I was among the greatest players to ever be a part of America's pastime.

Sadly, that is no longer the case.

Barry Bonds is the best hitter in the history of the game, and he's running out of time to be enshrined in Cooperstown.

That's right: I said Barry Bonds is the best hitter in baseball history. 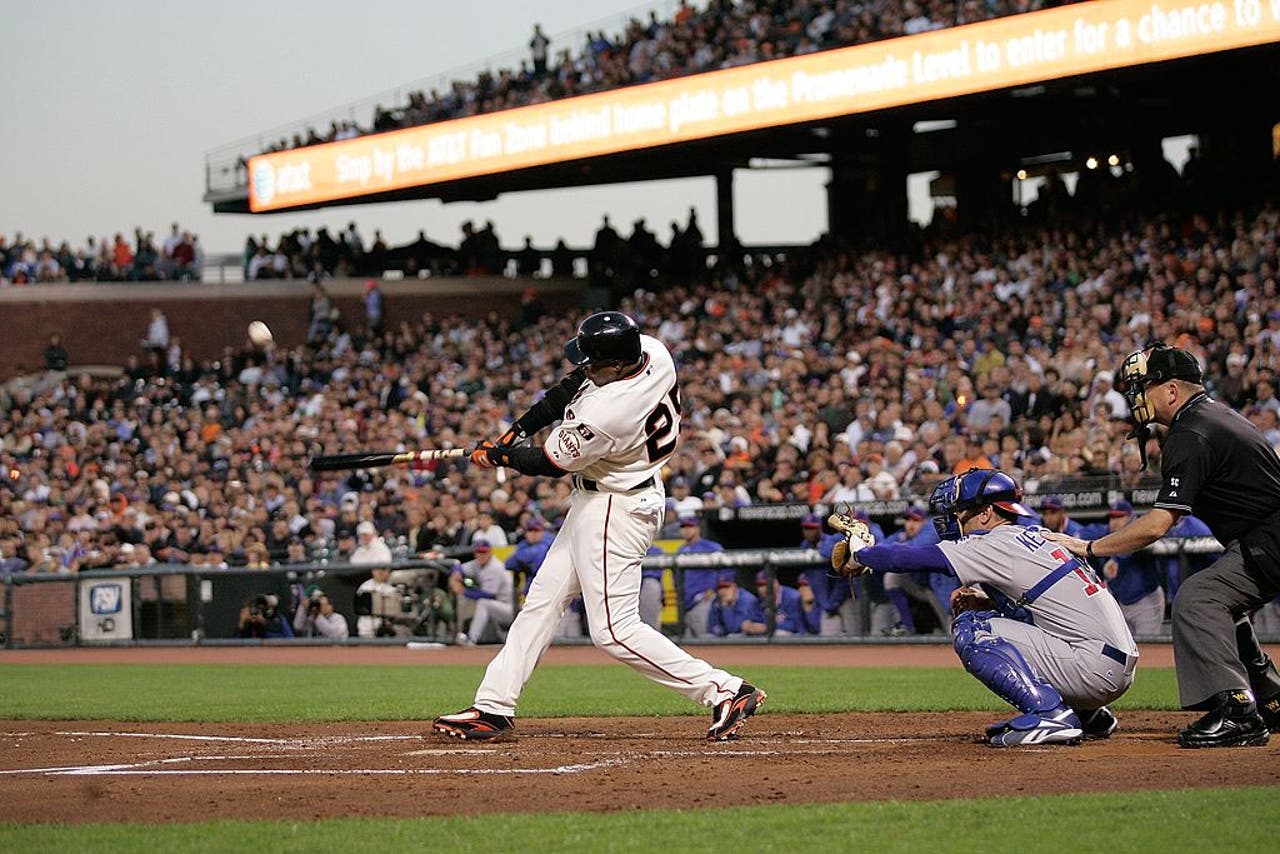 This argument is one you can never really win. You can throw out names such as Tony Gwynn, Ted Williams, Babe Ruth, Rogers Hornsby and a few others, and you wouldn't really be wrong.

But to me, Barry Bonds is the most feared hitter the game has ever seen.

However, Bonds has failed in his first eight tries on the ballot, and he's tracking at only 72 percent in publicly revealed ballots this year, with 75 percent needed for enshrinement. If Bonds falls short – and he's currently projected to finish around 60 percent in the 2021 class to be revealed Jan. 26 – then 2022 will represent his 10th and final chance to reach the Hall before he would need to move to the Era Committee system.

That's simply ridiculous for a player who did it all. 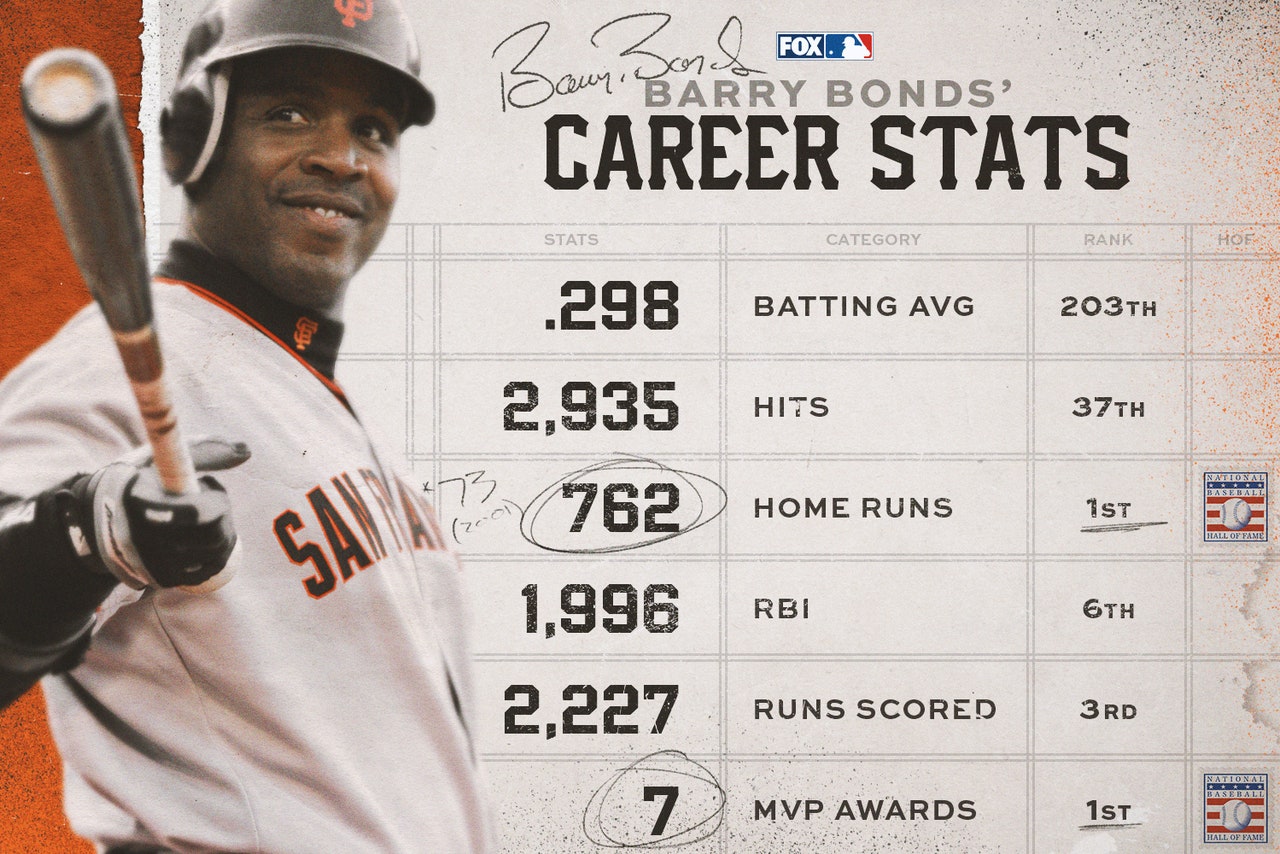 Let's look past the pure power numbers – even though Bonds hit more home runs (762) than any other player in history – because many think those totals were inflated by Bonds' alleged steroid use.

Bonds was a player who could do it all.

He is the only member of the 500 homer/500 stolen base club. In the 150-plus-year history of baseball, he is the only one to show that combination of speed and power. 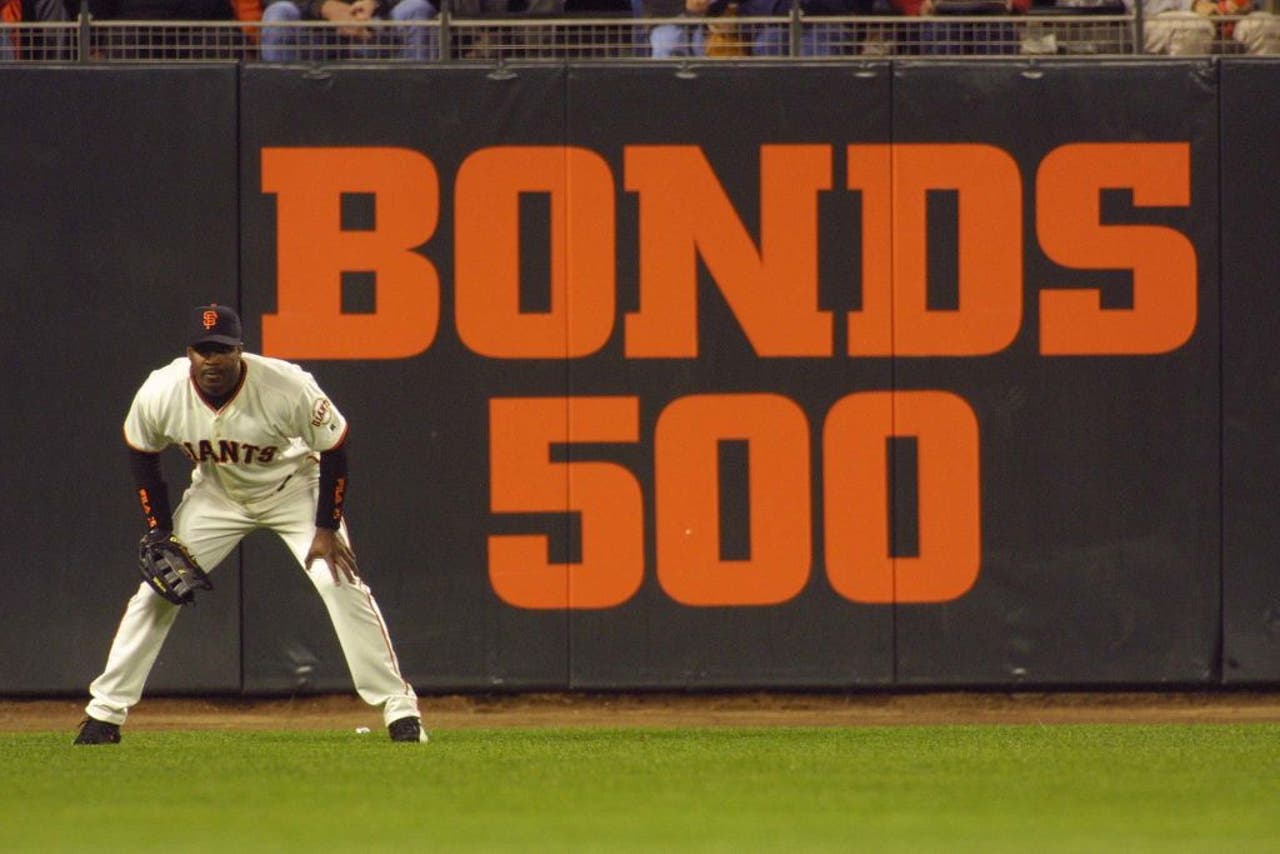 Bonds is also the only member of the 400 homer/400 stolen base club.

In his 22-year career, Bonds played 2,986 regular-season games and reached base 5,559 times (via a hit, walk or hit-by-pitch). That means Bonds reached base an average of 1.86 times per game!

Not only is Bonds the greatest power hitter this game has seen, but also his patience, plate vision, ability to hit to all fields and tendency to almost never strike out were simply impeccable. 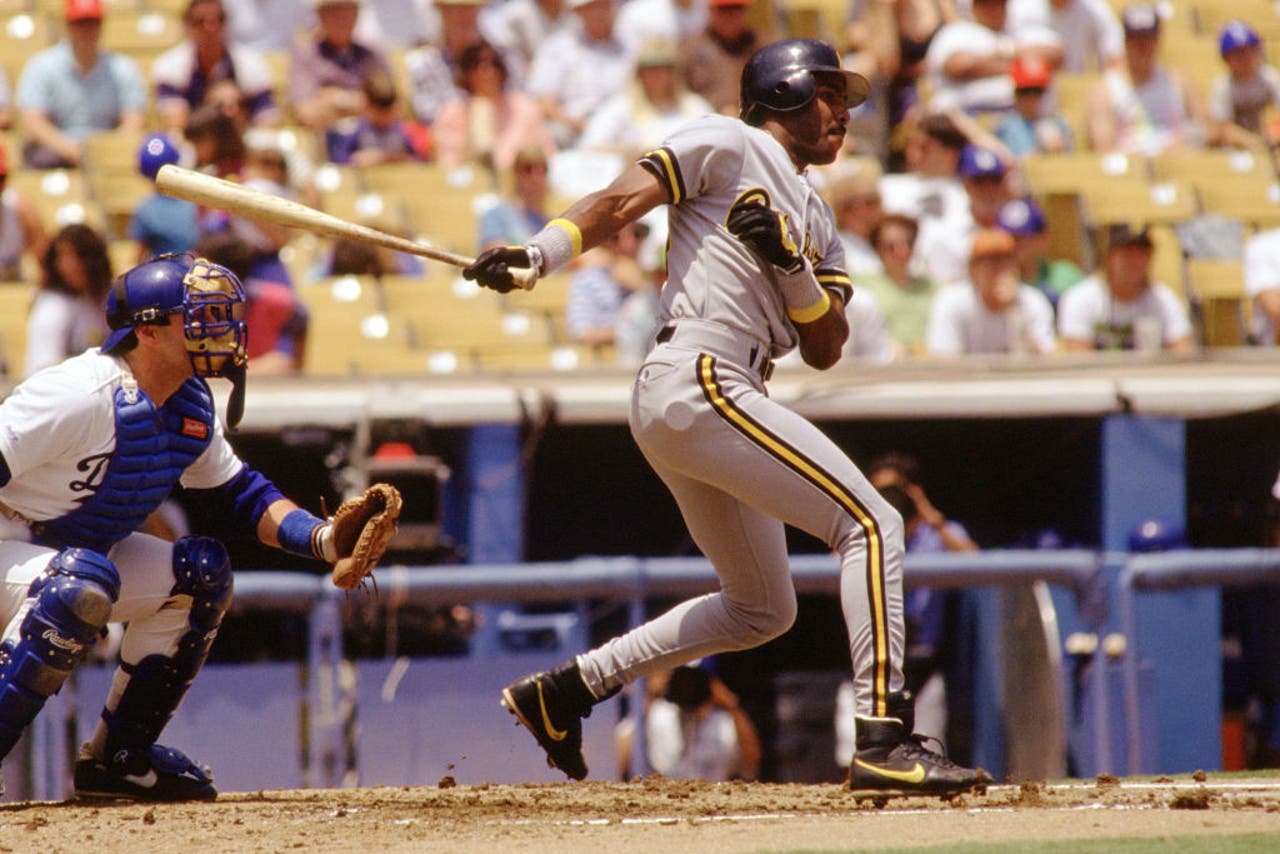 I could go on and on with the stats backing up the brilliance of Bonds’ career. They are unbelievable.

Alas, I will ask this question: Can you write the history of the game without including Bonds, who won a record seven MVP awards when no other player owns more than three?

Surely such an important figure will get into the Hall of Fame, right?

Well, that answer is looking more and more like a no – and if Bonds does make it, it will almost certainly be in his 10th and final season of eligibility.

The answer, as it is for Roger Clemens, Mark McGwire and others, is steroids.

Now hear me out. I am not arguing the ethics behind using steroids. It's inexcusable and wrong.

But Bonds and Clemens were the best at what they did during an era in which if you weren't using steroids, you were behind the game.

After all, that time in history was dubbed the Steroid Era!

So what should we do? Just wipe an entire era of baseball from our memories?

That period shaped the game to be what it is today. It gave us the 1997 home run race between McGwire and Sammy Sosa, a memorable chase that brought many fans back to the game. It made many fall in love with the long ball and fall in love with baseball in the process.

And where do we draw the line? 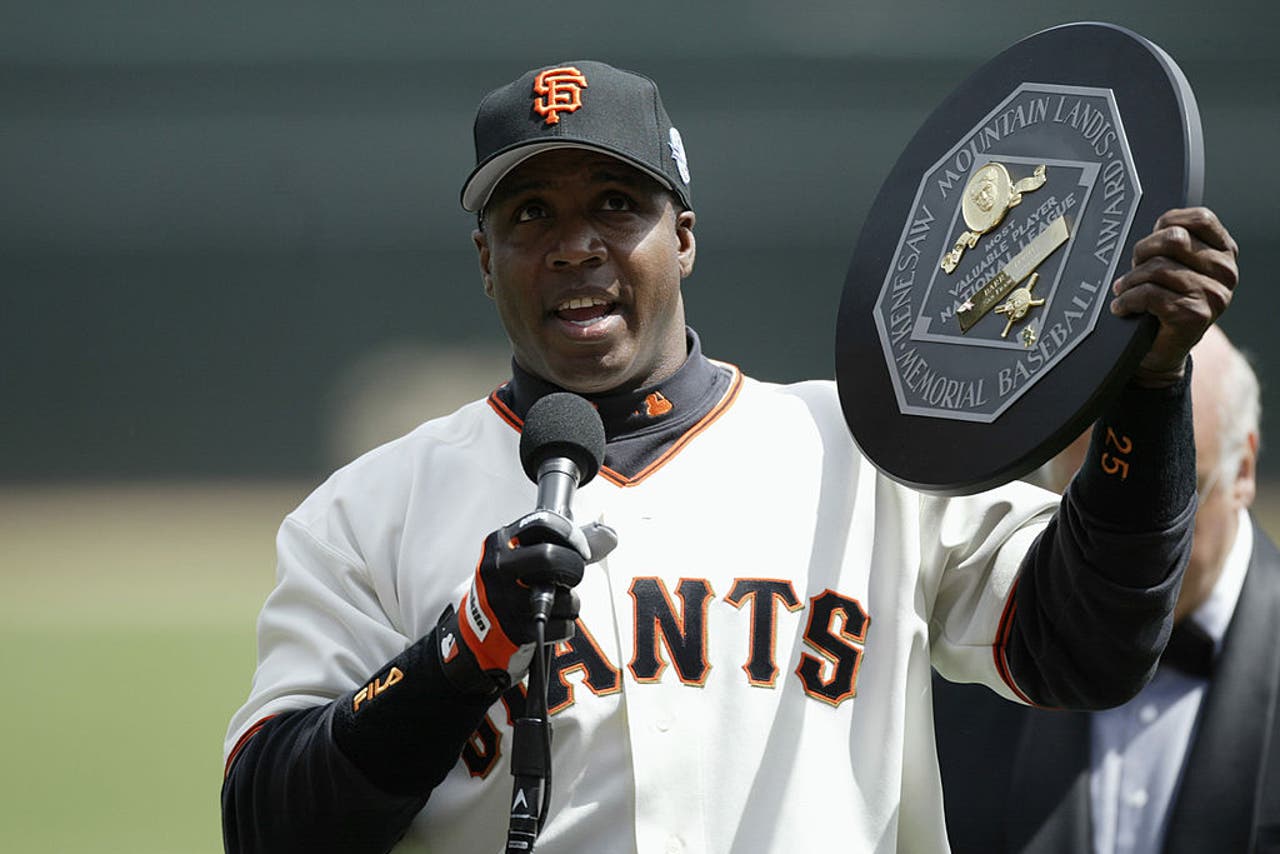 Before they were made illegal, painkillers were commonly used in baseball clubhouses. "Greenies," as they were known, were seen as a game-day essential, not cheating. But what did those little green pills do? They helped with recovery. They helped get you back out on the field that day. In today’s game, they are illegal.

Do we go back into the Hall of Fame and kick out any member who used painkillers to gain an advantage over the competition?

One writer this year left his ballot totally blank. Not a single vote was placed. His reasoning? "Those that I believe performed at a Hall of Fame level on the field did not reach that threshold in such areas as character and integrity."

What was it? Was it steroids? Was it gambling? Was it differing political views? Where is the line?

My biggest problem here is with the gatekeepers to the Hall, the members of the Baseball Writers’ Association of America (BBWAA). Those 397 voters are arbitrarily given the power to decide which players make the Hall, based on whatever random ethical criteria they want to apply.

And with 75 percent needed for inclusion and only vague requirements listed in the Hall's rules for eligibility, too many deserving players are left waiting — sometimes because of rumors or unproven accusations.

Nobody really knows where the line is. There are no rules. The baseball writers appear to create their own rules, and they are all over the map.

The greatest and oldest Hall of Fame in any sport deserves better.

Perhaps the solution is to have all the living Hall of Famers vote on who joins their exclusive club.

Or perhaps the answer is to build a separate room in the museum for "Steroid Era" players.

Whatever the solution, these players deserve their recognition. They shaped the game, and it’s time to stop acting like they don’t exist.

That building in Cooperstown is not called the National Baseball Museum of Integrity.

It’s time for the National Baseball Hall of Fame to have the best players of all time inside.

Ben Verlander, who spent five years in the Detroit Tigers organization, is a baseball analyst for FOX Sports. Born and raised in Richmond, Virginia, Verlander was an All-American at Old Dominion University before he joined his brother, Justin, in Detroit as a 14th-round pick of the Tigers in 2004. Follow him on Twitter @Verly32.

Rites Of Spring Training
MLB analyst Ben Verlander has been through spring training five times. He explains what really goes on in the clubhouse and on the field.
3 days ago
those were the latest stories
Want to see more?
View All Stories
Fox Sports™ and © 2021 Fox Media LLC and Fox Sports Interactive Media, LLC. All rights reserved. Use of this website (including any and all parts and components) constitutes your acceptance of these Terms of Use and Updated Privacy Policy. Advertising Choices. Do Not Sell my Personal Info