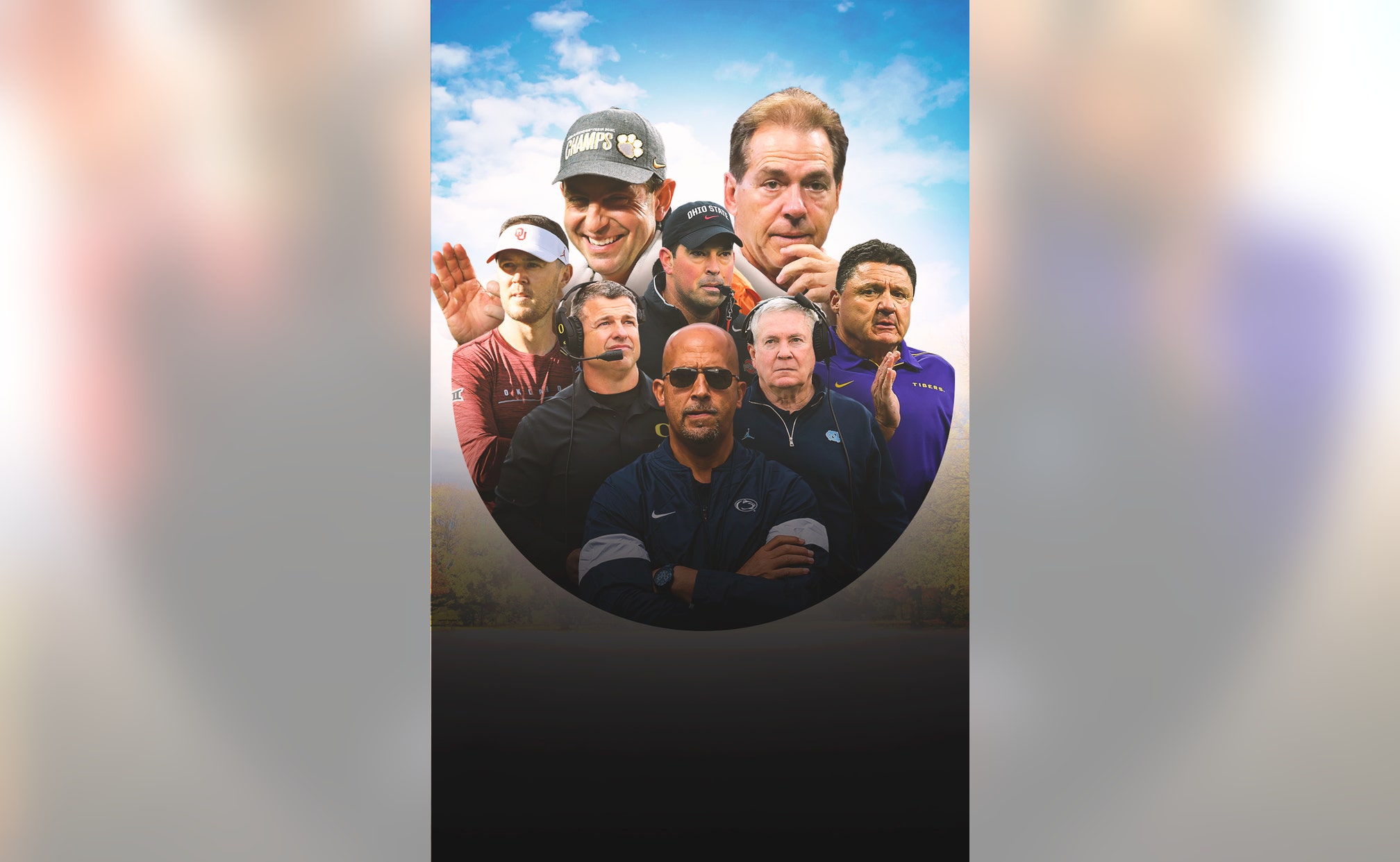 College football coaches are as synonymous with their schools as the stars on the field.

On a recent episode of Big Noon Kickoff, former coach Urban Meyer and our college football crew broke down their top 5 head coaches in the country, and No. 1 likely comes as no surprise.

So on that note, let's take a look at the complete list, starting with coach Meyer's successor in Columbus. 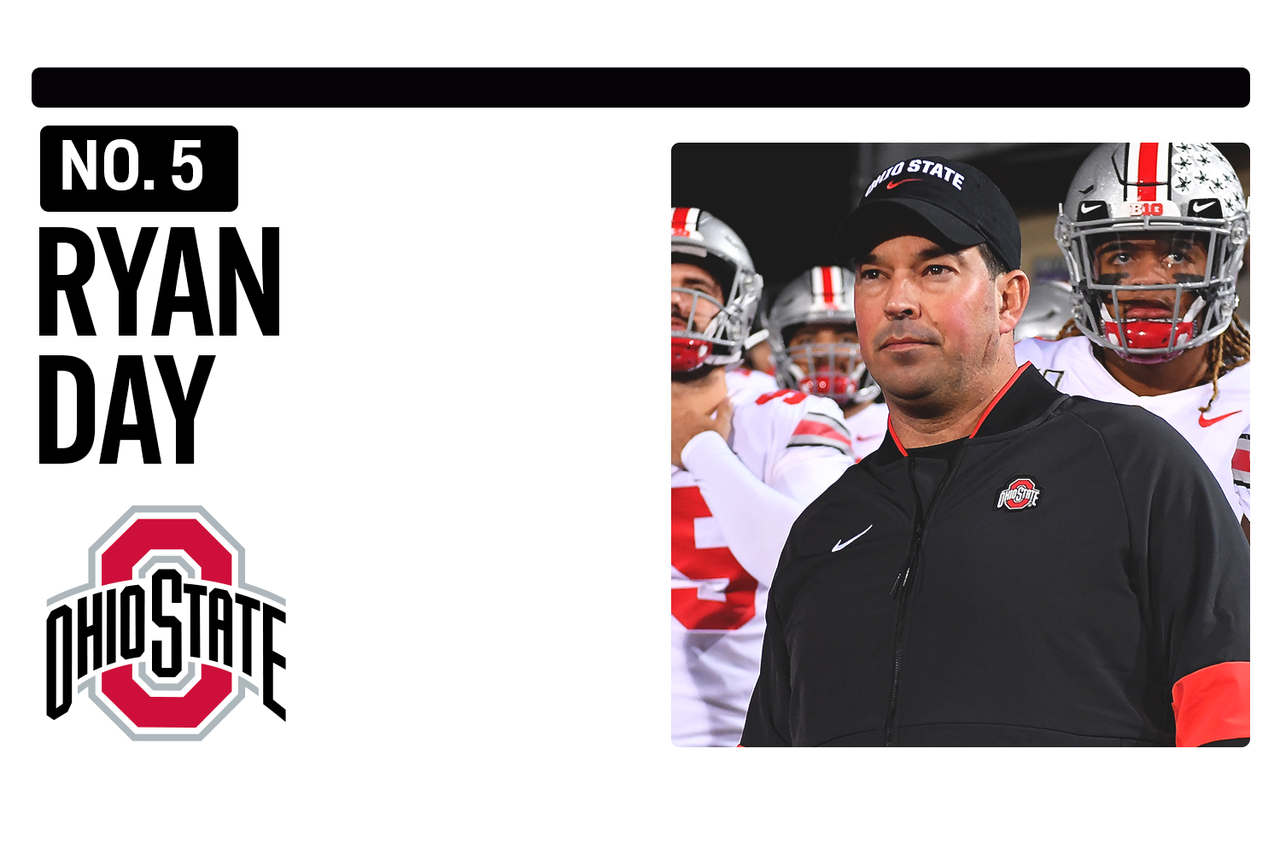 Day took over for Meyer when he left the program after the 2018-19 season. And one year into his tenure as Buckeyes head coach, Day – who served as offensive coordinator and interim head coach over the course of two seasons under Meyer – appears to be up to the task.

Last season, the Buckeyes finished 13-0 in the regular season, qualifying for the College Football Playoff for the first time since the 2016-17 season, where they lost a close contest to Swinney and Clemson in the CFP semifinals.

Reggie Bush lauded Day for his success stepping in for Meyer and not missing a beat. 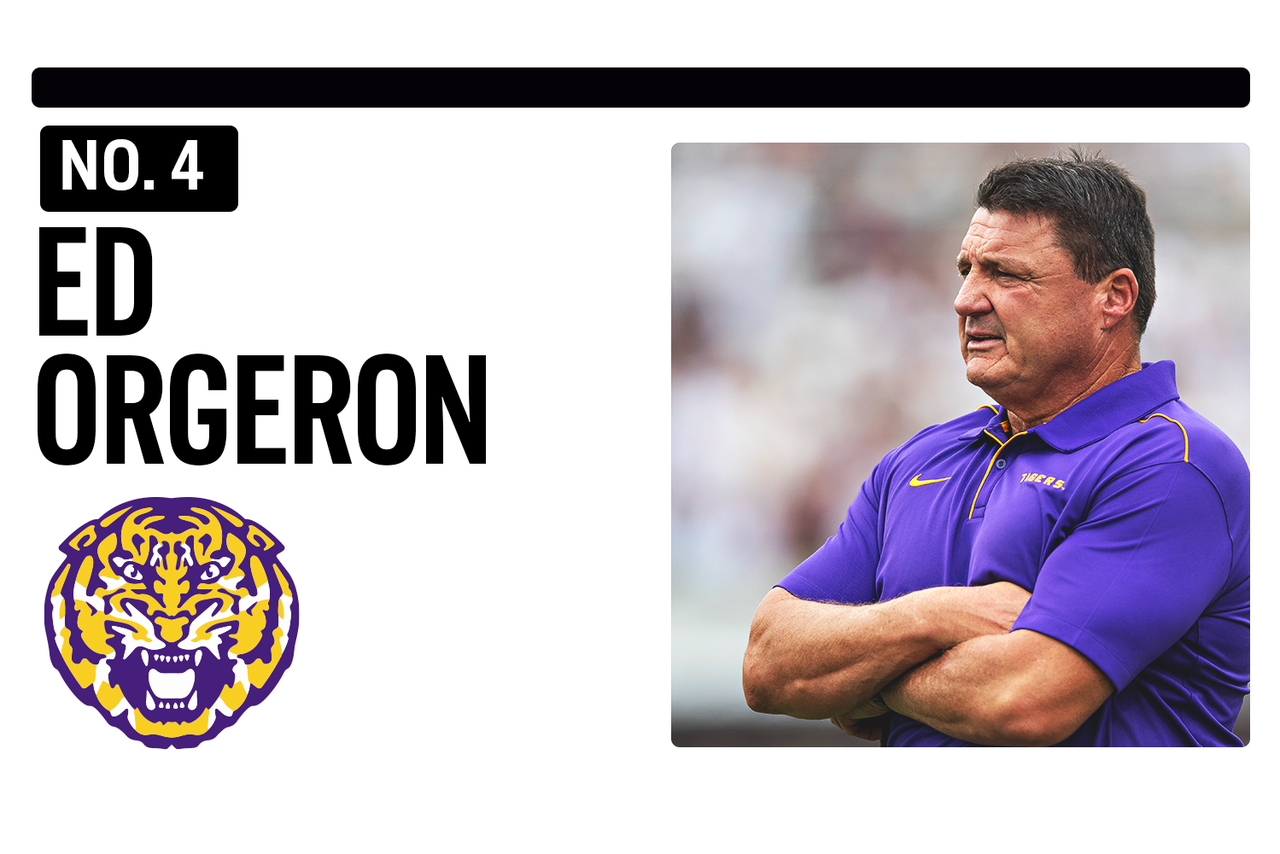 Orgeron and the Tigers might have compiled the best individual campaign in college football history last season, led by Heisman Trophy winner and this year's No. 1 pick Joe Burrow.

The Tigers then dominated Oklahoma in the CFP semifinals, winning 63-28, before defeating Clemson in the title game, 42-25, handing Swinney and Co. their lone loss of the season.

Even though Orgeron and the Tigers have only qualified for the College Football Playoff once, he is the only coach who can say he is undefeated in the championship bracket.

Orgeron joined the Big Noon Kickoff crew to discuss what this offseason has looked like and what he expects from his Tigers next season.

"Next man up. We don't blink. This is a great opportunity. We got a lot of hungry guys on this football team."

Bush, who played at USC when Orgeron was an assistant head coach for the Trojans, actually put the LSU coach at No. 3 on his list, pointing out how he has won National Championships before, even though he was not the head coach. 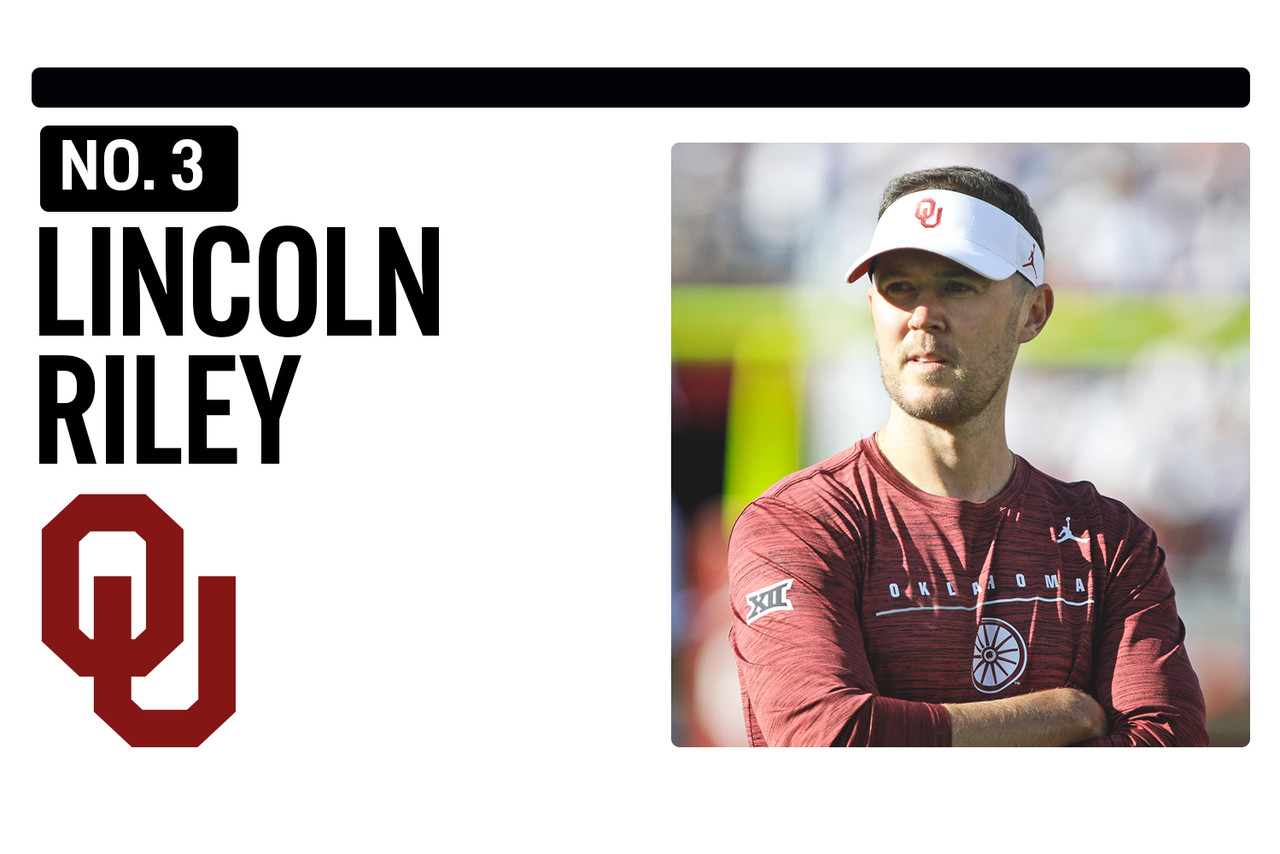 Riley is 36-6 overall and 24-3 in the Big 12, winning the Big 12 title in each of his first three seasons. He was named Big 12 Coach of the Year in 2018, and Oklahoma has qualified for the College Football Playoff every year since Riley took over.

Outside of his team coaching success, Riley is best known for his success coaching quarterbacks. Baker Mayfield and Kyler Murray both won Heisman Trophies under Riley.

And recently, Riley landed the No. 1 quarterback in the class of 2021, Caleb Williams.

Despite Riley not leading the Sooners to a National Championship berth, Joel Klatt is still impressed with his ability to help his squad to the CFP in back-to-back-to-back seasons, something that no coach outside of Saban and Swinney has been able to accomplish.

"I went with Lincoln Riley over Ed Orgeron for one reason and one reason only – I haven't seen Ed Orgeron play at the top level without Joe Burrow, whereas Riley has had multiple iterations of a team and continues to win the Big 12 ... This is a guy that's got a great culture and he can recruit." 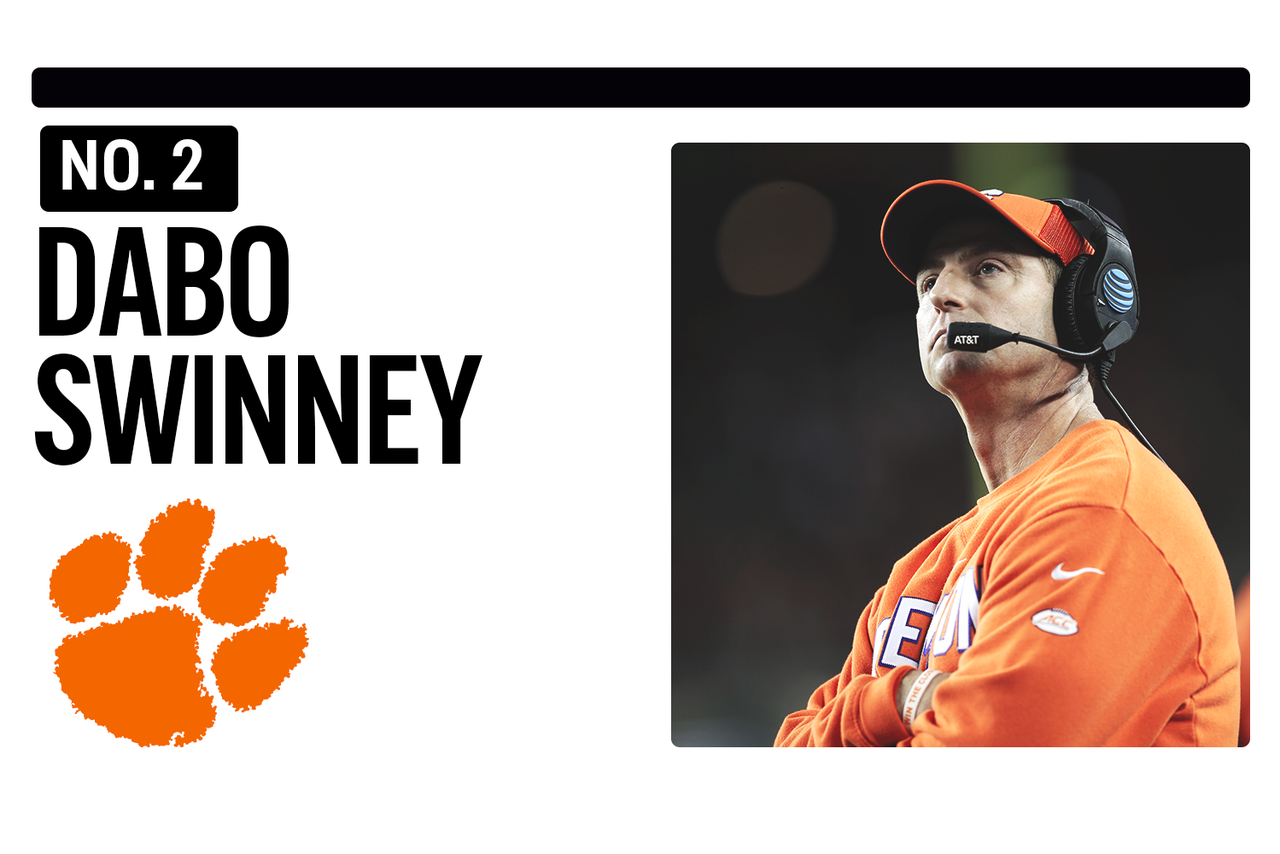 If Nick Saban were to have a coaching nemesis, it would be Clemson's Dabo Swinney, whose Tigers have prevented the Tide from winning National Titles in 2016-17 and 2018-19.

Since taking over at Clemson, Swinney has an overall record of 130-31. The 2-time ACC Coach of the Year is 77-16 in the conference and has won 6 ACC titles. In 2015, he was named AP College Football Coach of the Year.

Under Swinney, Clemson has made 5 consecutive appearances in the College Football Playoffs and has made it to the CFP National Championship 4 times in 6 years, again, defeating Alabama twice.

Still, don't get confused – Swinney will always have love for the Crimson Tide program. 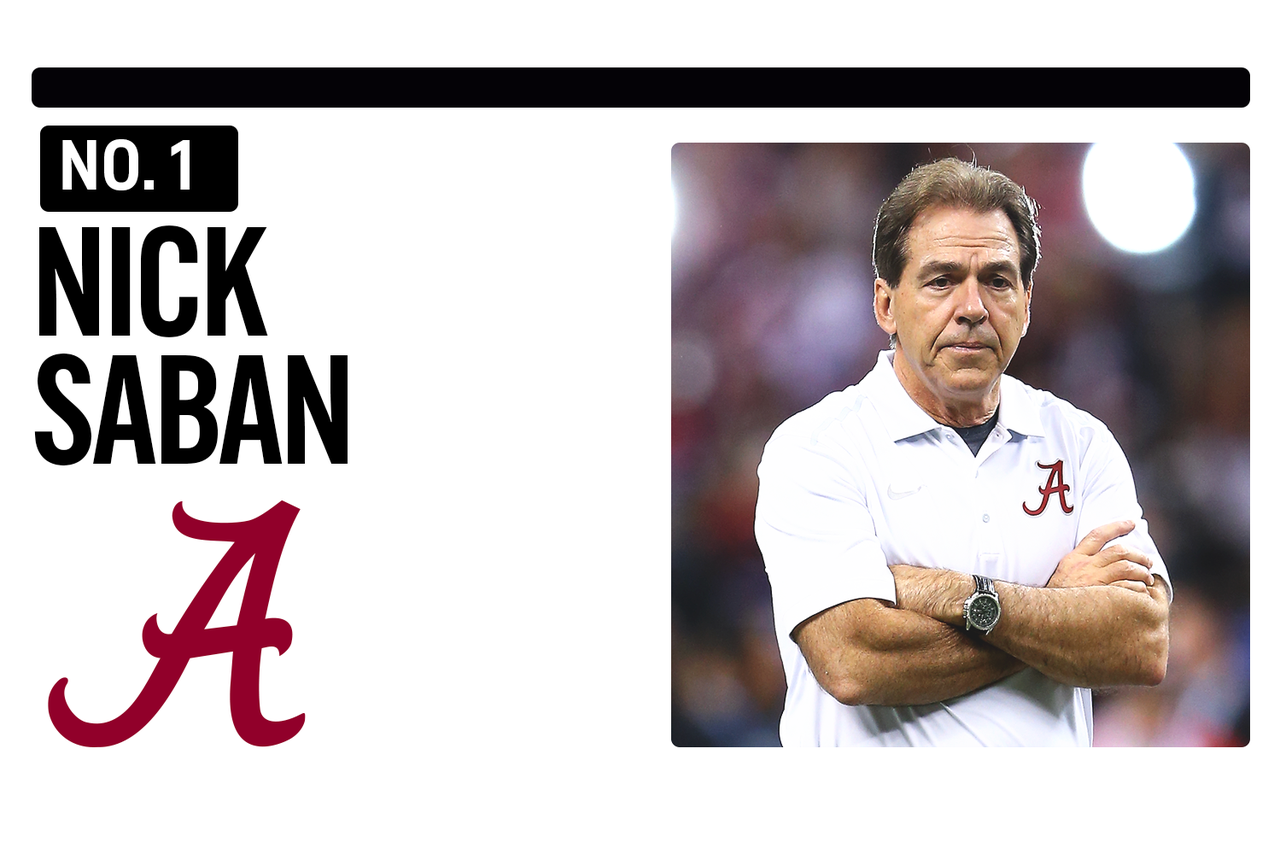 During his college coaching career, Saban has captained two of the SEC's most prestigious programs. He coached at LSU from 2000-2004, leading the Tigers to a National Championship in 2003. Then, after a brief stint with the Miami Dolphins, Saban returned to the SEC to take over the Alabama program in 2007.

Meyer, who won 3 national titles during his own coaching career, said it's Saban's winning ways that make him the game's greatest orchestrator, comparing him to the legendary Tom Brady.

"We all play team sports for a lot of reasons. The No. 1 reason, in my belief, is to win a championship.

"At the end of the day, what makes Tom Brady the greatest and it's non-negotiable ... [is that] he's got more rings than anyone else ... When I started putting my mind to this, Nick Saban is No. 1 ... In my mind, you are measured by championships."

Saban's six National Titles are tied with fellow Alabama legend Bear Bryant for the most all-time, and Saban also has 8 SEC championships (he has one MAC championship as the head coach at Toledo in 1990), 4 SEC Coach of the Year awards, 2 AP College Football of the Coach awards, and 12 consecutive seasons with double-digit wins.

Since taking over at Alabama in 2007, Saban has an overall record of 152-23 and an 86-15 record in the SEC. He hasn't lost more than 2 games in a season since 2010, and the Crimson Tide have qualified for the College Football Playoff every year since it was introduced in 2014-15, participating in 4 of the 6 CFP National Championship games.

So, what do you think of the Big Noon Kickoff crew's Top 5 coaches in college football?

If you missed the Big Noon Kickoff show, check it out in its entirety below!

And for more Top 5s from our crew, check out the best quarterbacks, running backs, wide receivers, defensive players and conferences heading into the 2020 college football season.