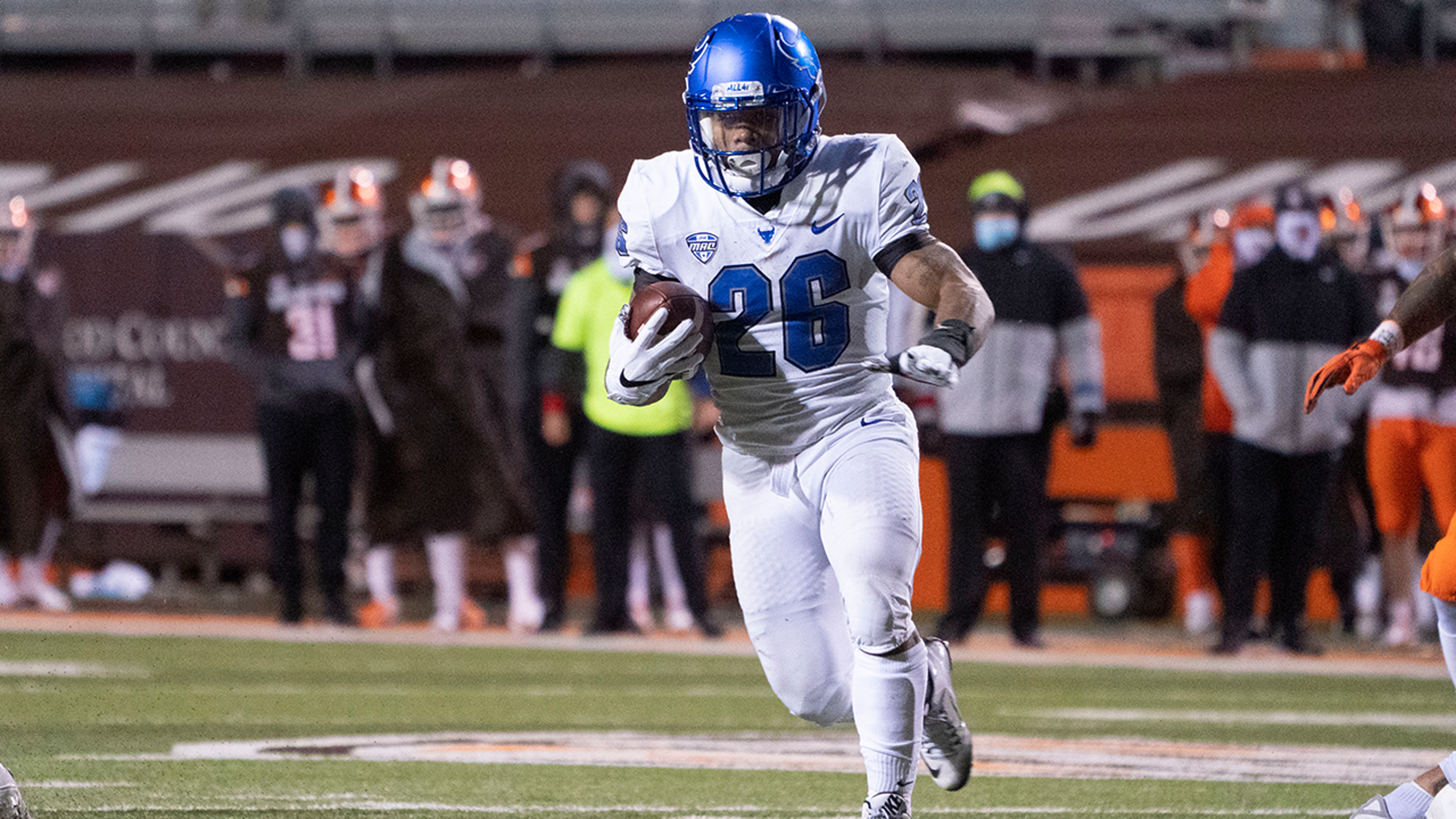 It was far from your average college football Saturday for Jaret Patterson.

The Buffalo Bulls junior running back went wild in a 70-41 win over Kent State, setting the single-game Mid-American Conference and Buffalo records for rushing yards and rushing touchdowns.

In addition, Patterson tied former Illinois running back Howard Griffith for the single-game FBS rushing touchdown record set in 1990, and also racked up the second-most rushing yards by an FBS player in a single game.

Patterson was a mere 18 yards short of matching former Oklahoma and current Cincinnati Bengals running back Samaje Perine's record of 427 yards against the Kansas Jayhawks.

Patterson had the chance to break the FBS single-game rushing yards and touchdown records on Buffalo's final drive, but Buffalo coach Lance Leipold put in backup Kevin Marks, who rushed for 97 yards and two scores on Saturday.

Patterson started the day with 511 rushing yards and eight touchdowns in just three game this season, averaging 7.2 yards per carry this season.

Prior to the start of the 2020 season, FOX Sports college football analyst Reggie Bush knew Patterson was destined for greatness and capable of a day like Saturday.

"Jaret Patterson. I want people to get to know his name ... He's built perfectly for the position. We know those kinds of backs are so hard. He can create his own space. He's strong, he's powerful, and he's explosive."

The 4-0 Bulls will take on Ohio next weekend.

We'll see you then, Jaret.