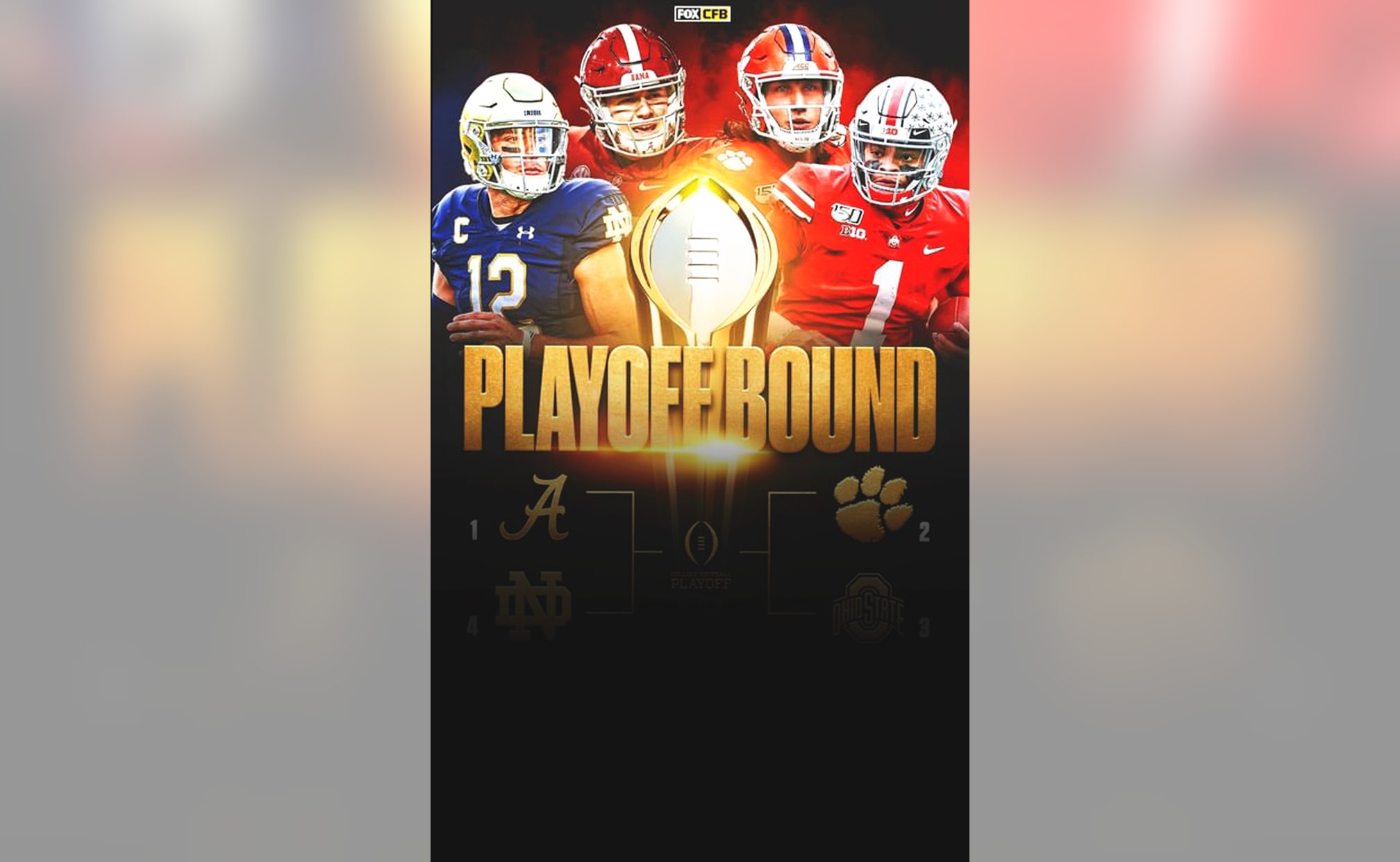 We also saw why the sport is bound to expand its playoff to at least eight teams, if not 16, as I have consistently suggested.

There was just a mild bit of shuffling after Clemson demonstrated its might with a fully healthy roster against previously undefeated Notre Dame in the ACC Championship. Quarterback Trevor Lawrence turned in a performance that had his coach promoting him for the Heisman, as the Tigers rolled to a 34-10 rout of the Irish and moved up a spot to No. 2 on Selection Sunday. After being shelled in the rematch, ND fell two spots to No. 4.

The No. 3 Ohio State Buckeyes used a dominant second half to escape an early slog against No. 14 Northwestern in the Big Ten Championship. Despite a subpar performance by quarterback Justin Fields and without the help of star wideout Chris Olave (due to league COVID-19 protocols), the Buckeyes still managed to finish unbeaten at 6-0.

In the SEC title game, defense proved optional as No. 1 Alabama won a 52-46 shootout against a Florida team playing for a chance to keep alive its outside shot at the Playoff.

The performances by Alabama quarterback Mac Jones (418 passing yards, five TDs) and running back Najee Harris (245 total yards, five TDs) might have been enough to rob votes from wide receiver DeVonta Smith, who finished with 15 catches for 184 receiving yards and two TDs.

The win improved the Tide to 11-0 and supplanted their status as the No. 1 team in college football.

Alabama will face Notre Dame in the Rose Bowl, which will be played at AT&T Stadium in Arlington, Texas, and the Tide opened as a whopping 17.5-point favorite at FOX Bet. The matchup also means a rematch of the 2013 BCS title game, where Nick Saban’s Tide dispatched Brian Kelly’s Irish 42-14 in Miami.

Clemson and Ohio State will face each other for the second year in a row, meeting in the Sugar Bowl in New Orleans. This is the fourth time the Buckeyes will play the Tigers in the postseason since 2014, and Clemson is 3-0 in the three previous games.

However, what we learned from the rankings among not just the top four, but the top six, is just how much conference championships mattered and how consistently stubborn the committee is once it ranks a team.

A one-loss Clemson or one-loss Notre Dame did not fall out of the top four, and an undefeated Group of 5 team did not climb into the top five.

While conference championships must be considered, strength of schedule is always going to benefit the Power 5 teams, as will head-to-head competition and comparative outcomes against common opponents. But that’s especially true in a season played during the pandemic.

The Big Ten and SEC did not allow out-of-conference play this season, and, though, the Big 12 and ACC did, winning did not matter. Louisiana, repping the Sun Belt, beat Big 12 Iowa State to start the season, and the committee decided to evaluate Iowa State and Oklahoma apart from and since that loss.

Oklahoma won its sixth straight Big 12 Championship over a then-No. 6-ranked ISU. The Sooners were rewarded with the No. 6 ranking ahead of three undefeated Group of 5 teams, including two outright conference champions.

OU fans would be smart to point out the Sooners have reeled off seven-straight wins, but to ignore losses to ISU and Kansas State is remarkably self-serving.

Texas A&M did not win a conference title, let alone play for one, but was rewarded with the No. 5 ranking and an Orange Bowl berth because it beat a three-loss Florida team and played in what many believe is the strongest conference in the sport.

A&M’s loss to Alabama was evaluated with as much importance as the fact the Aggies beat just one ranked opponent (Florida) all season. That’s as many as 9-0 Cincinnati and half as many as 11-0 Coastal Carolina.

The top six teams in the committee’s rankings do not reflect the best teams in college football on the merits of wins and losses, but on the strength of branding, reputation and recruiting rankings.

The top six in the Playoff rankings show the need for an expanded tournament where only one selection committee is needed: the scoreboard.

Surely, Group of 5 teams and college football fans across the country would believe it would be nice if winning did.