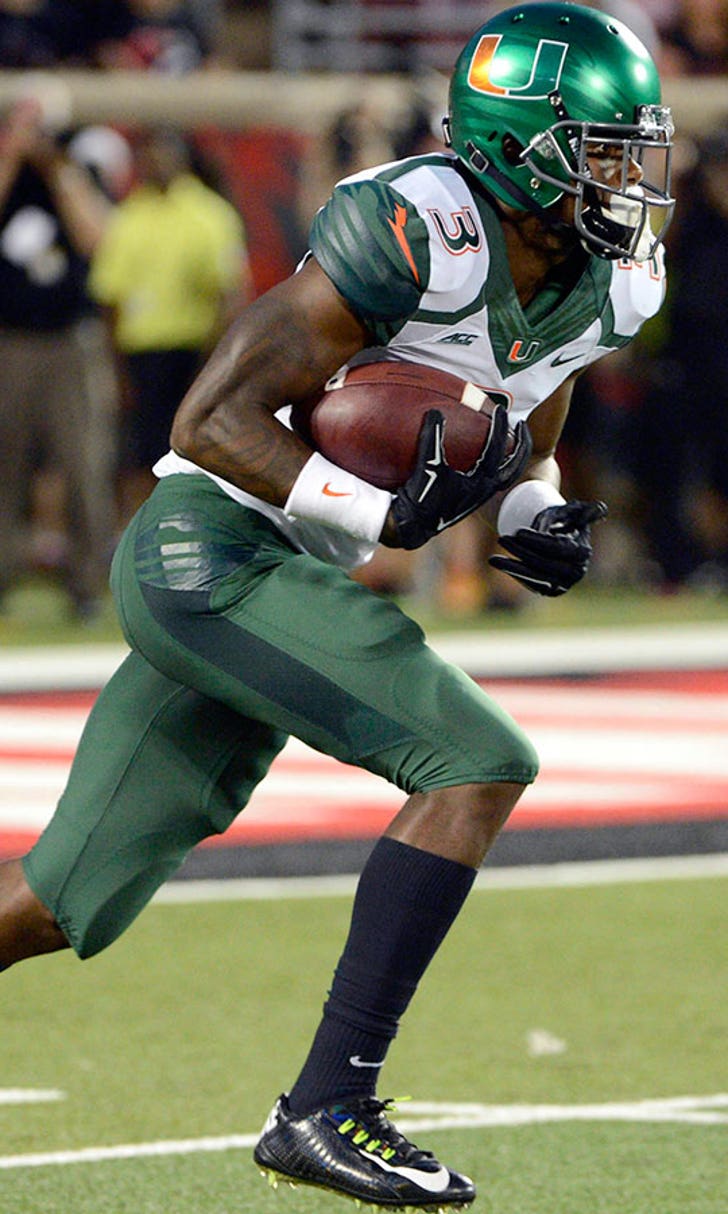 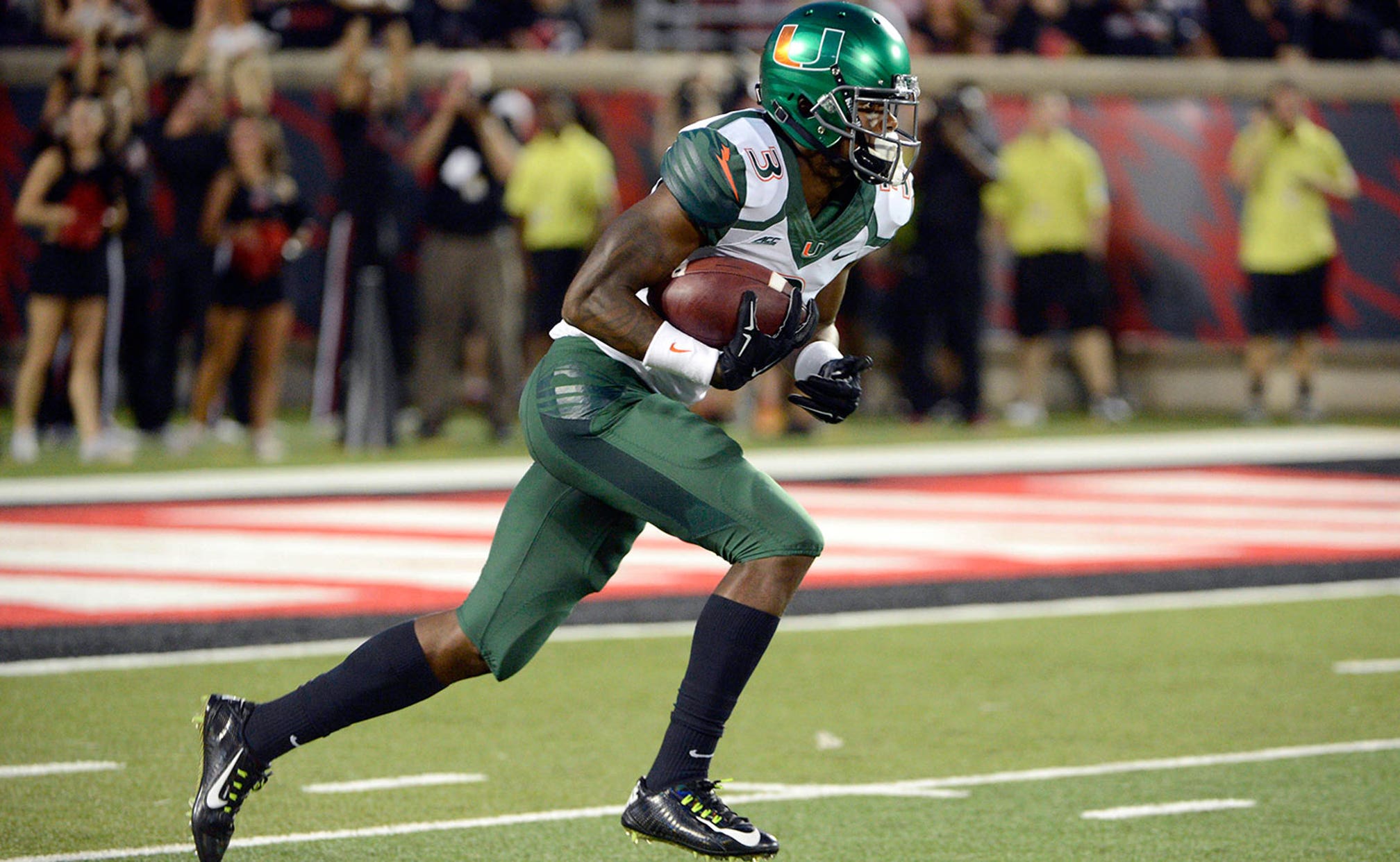 Coley coming back to Miami 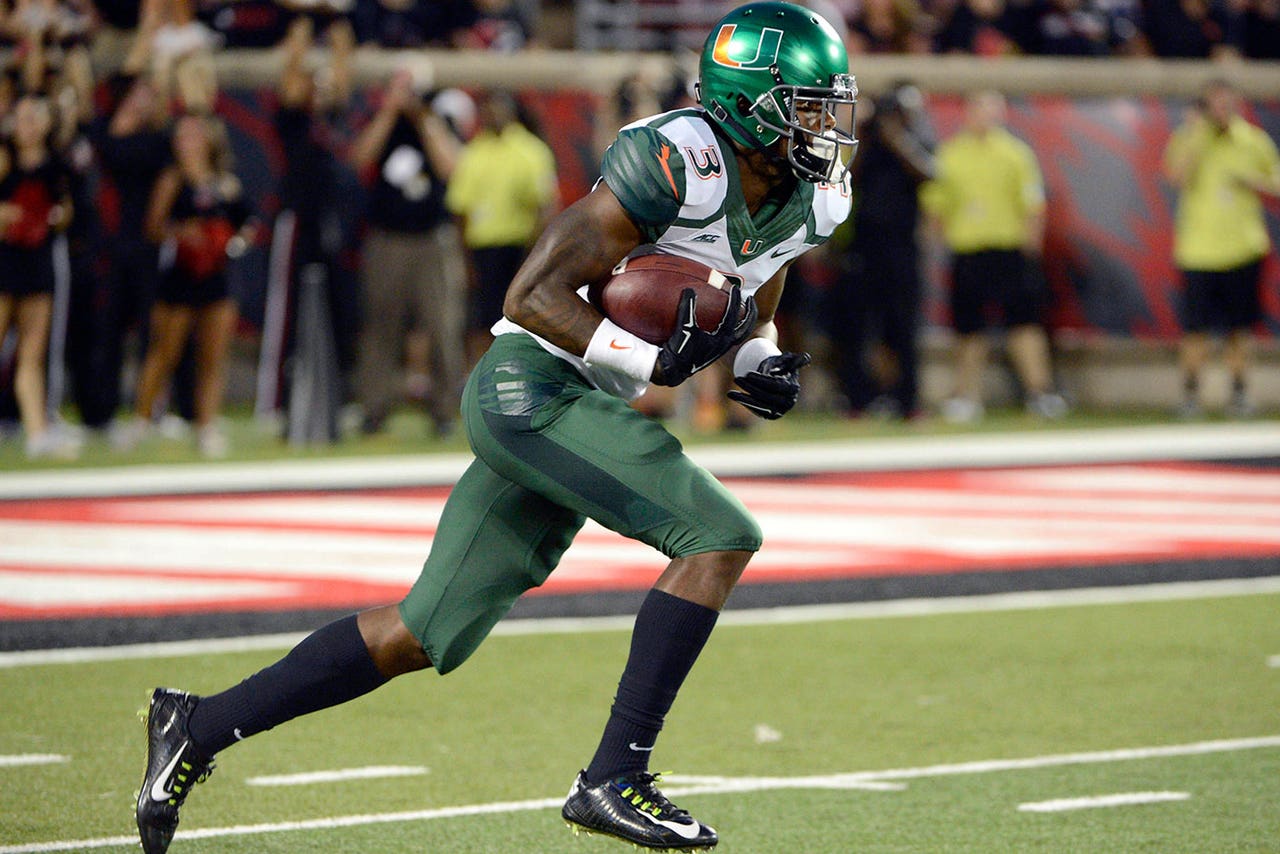 One of Miami’s top wide receivers will be back with the Hurricanes next season as Stacy Coley has decided not to throw his name into the NFL Draft.

"It's official. I decided to come back for my senior year at the University of Miami to further my education as well as my football career," Coley wrote on Instagram on Sunday.

The 6-foot-1, 187-pound Coley just wrapped up his junior year in which he was one of quarterback Brad Kaaya’s top targets, pulling in 47 passes for 689 yards and four touchdowns. Coley’s yardage total ranked second on the team, just six yards shy of leader Rashawn Scott.

The speedy Coley was voted an all-ACC second-team performer by the coaches despite missing two games with a hamstring injury. His best game of the year came against rival Florida State, as he racked up a career-high 139 receiving yards during a 29-24 loss to the Seminoles.

D'Eriq King Reintroduces Himself
The Miami QB dazzled in primetime, while Clemson and Notre Dame looked dominant in the ACC. Here's what happened Saturday.
5 days ago

College Football's Top Plays: Week 3
No. 17 Miami's win over No. 18 Louisville capped a fireworks-filled day of college football.
6 days ago
those were the latest stories
Want to see more?
View All Stories
Fox Sports™ and © 2020 Fox Media LLC and Fox Sports Interactive Media, LLC. All rights reserved. Use of this website (including any and all parts and components) constitutes your acceptance of these Terms of Use and Updated Privacy Policy. Advertising Choices. Do Not Sell my Personal Info