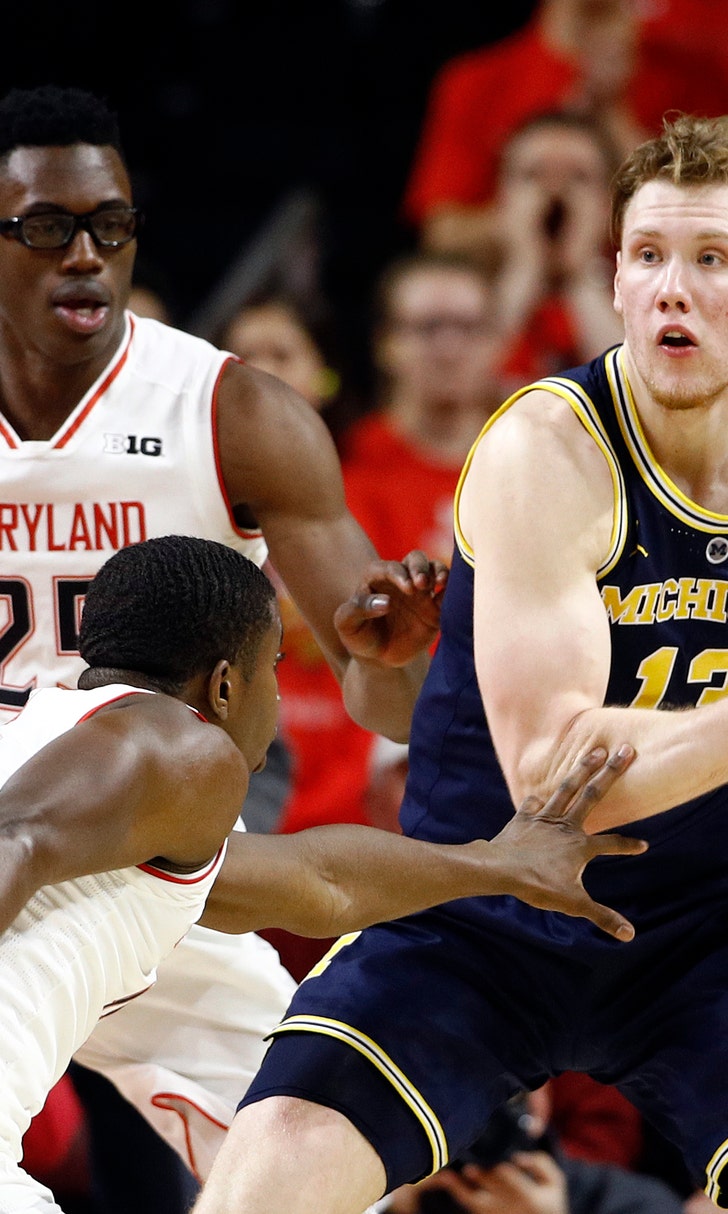 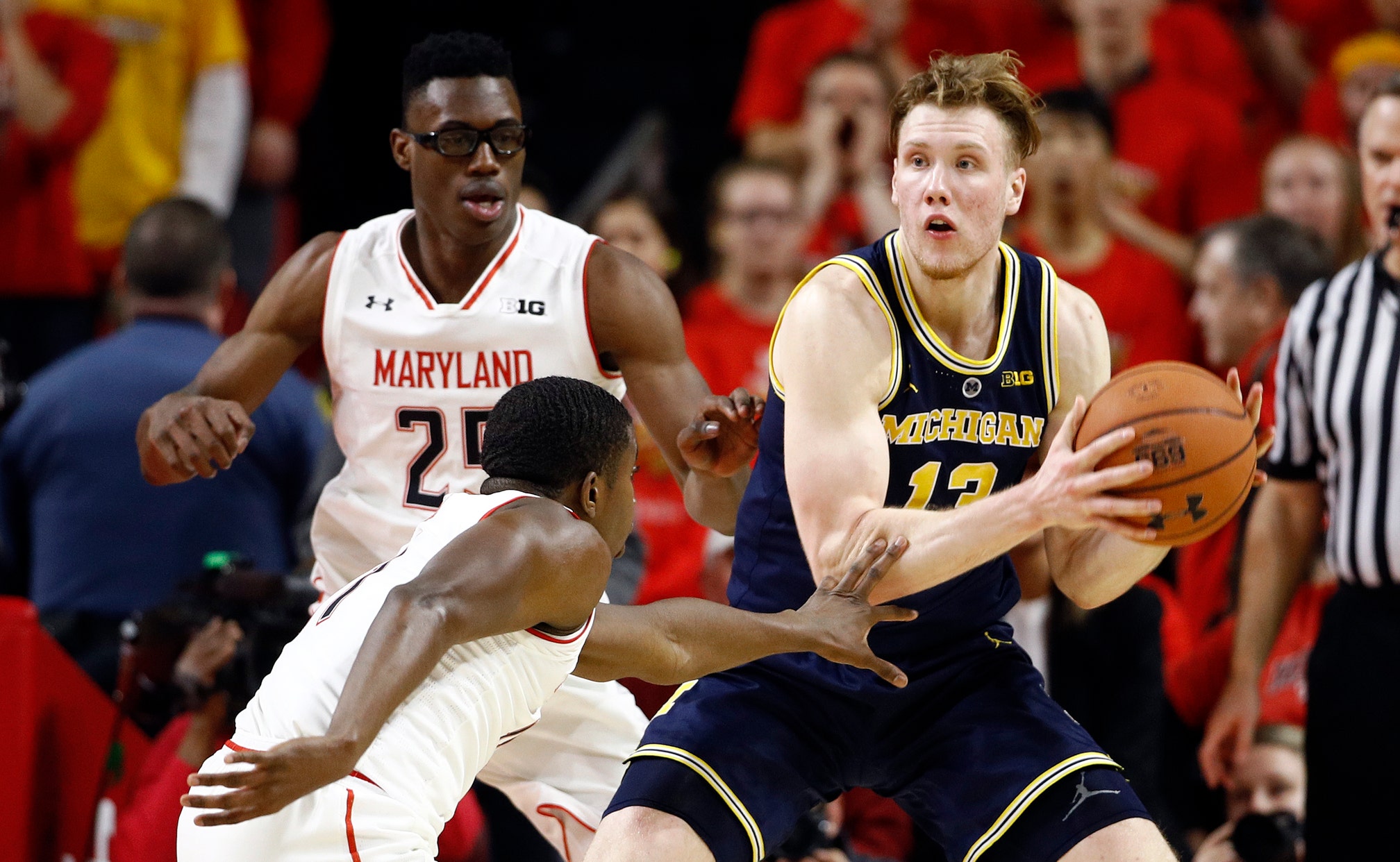 No. 9 Michigan beats No. 17 Maryland, stays in Big Ten hunt

The Wolverines (26-4, 15-4) clinched a double-bye in the conference tournament and still have chance to overtake first-place Purdue. Michigan, the defending Big Ten champions, must win its finale at Michigan State and hope the Boilermakers lose at least one of their last two.

Michigan trailed 43-41 before Isaiah Livers hit a 3-pointer, Zavier Simpson popped a jumper and Jordan Poole made a layup during a five-minute span in which the Terrapins struggled offensively.

A 3-pointer by Brazdeikis made it 51-45, and Simpson added a desperation running hook in the final seconds of the shot clock for an eight-point lead with 4:38 left.

Creighton (16-13, 7-9 Big East) outscored Marquette 16-3 down the stretch until a 3-pointer in the closing seconds by Markus Howard, who finished with 33 points.

Howard's 3-pointer from the left side put Marquette up 54-50, but the Golden Eagles turned it over on their next four possessions. Alexander turned a steal into a short jumper to put Creighton up 56-54 with 3:20 left.

It was only the second home loss for Marquette in 18 games at the new Fiserv Forum.

STANFORD, Calif. (AP) — Jaylen Nowell scored 13 points but missed the front end of a 1-and-1 during a nervous finish for Washington, which still held off Stanford for a weekend split in the Bay Area.

Stanford star KZ Okpala missed an off-balance 3-pointer at the buzzer and the Huskies secured the loose ball.

Noah Dickerson added 12 points for the Huskies (23-6, 14-2 Pac-12), who lost 76-73 at California on Thursday night as the Golden Bears earned their first conference win.

Josh Sharma scored 16 for Stanford (15-14, 8-9) on a day when leading scorer Okpala was limited to six points with more than two dozen scouts in attendance.