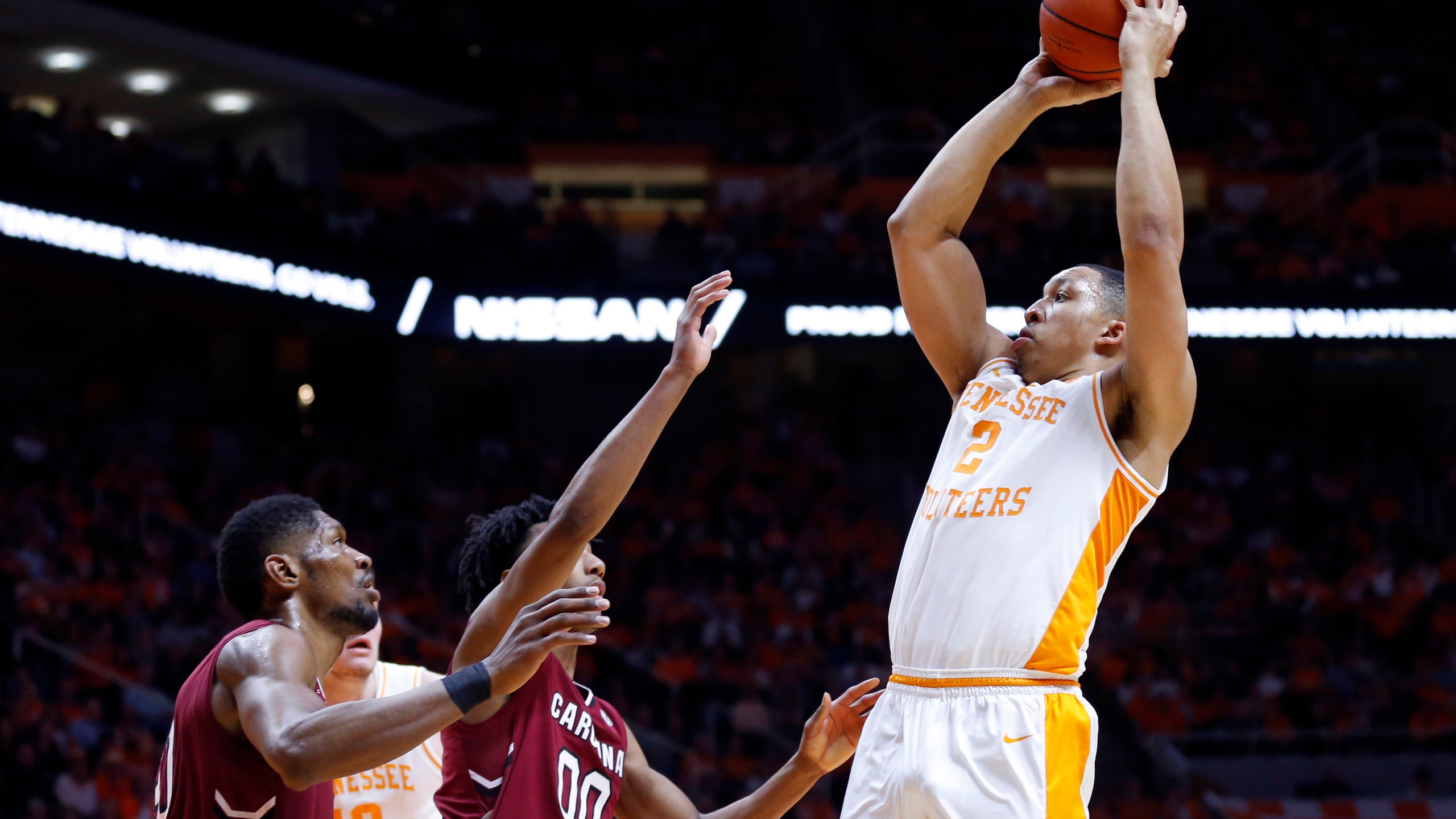 KNOXVILLE, Tenn. (AP) — Admiral Schofield had 21 points and 10 rebounds as No. 1 Tennessee defeated South Carolina 85-73 on Wednesday for its school-record 19th consecutive victory.

Tennessee owns the longest active winning streak of any active Division I team and is 11-0 in Southeastern Conference competition for the first time in school history.

VILLANOVA, Pa. (AP) — Eric Paschall scored 20 of his 25 points in the second half and Villanova rebounded from its first Big East loss by running away from Providence.

Nate Watson led Providence (14-11, 4-8) with 18 points. The Friars have lost four of their last five but were coming off an impressive 14-point road win at St. John's on Saturday.

Cameron McGriff scored 18 points for Oklahoma State (9-15, 2-9), which has lost seven of eight. The Cowboys scored a season-low point total.

Koumadje, a 7-foot-4 center who is playing in his 109th career game, made 10 of 12 shots from the floor and set a career high in rebounds as the Seminoles won their sixth straight game.

Chaundee Brown scored 20 points on 7 of 12 shooting and Brandon Childress had 11 points for Wake Forest (9-14, 2-9). The Demon Deacons are just 1-6 against ranked teams this season.

Outlaw hit six 3-pointers for the Hokies (19-5, 8-4 ACC), who rallied from a three-point halftime deficit and snapped a two-game losing streak.

Kerry Blackshear Jr. and Nickeil Alexander-Walker each scored 16 points for the Hokies, who swept the season series and notched their sixth straight win over Georgia Tech (11-14, 3-9).