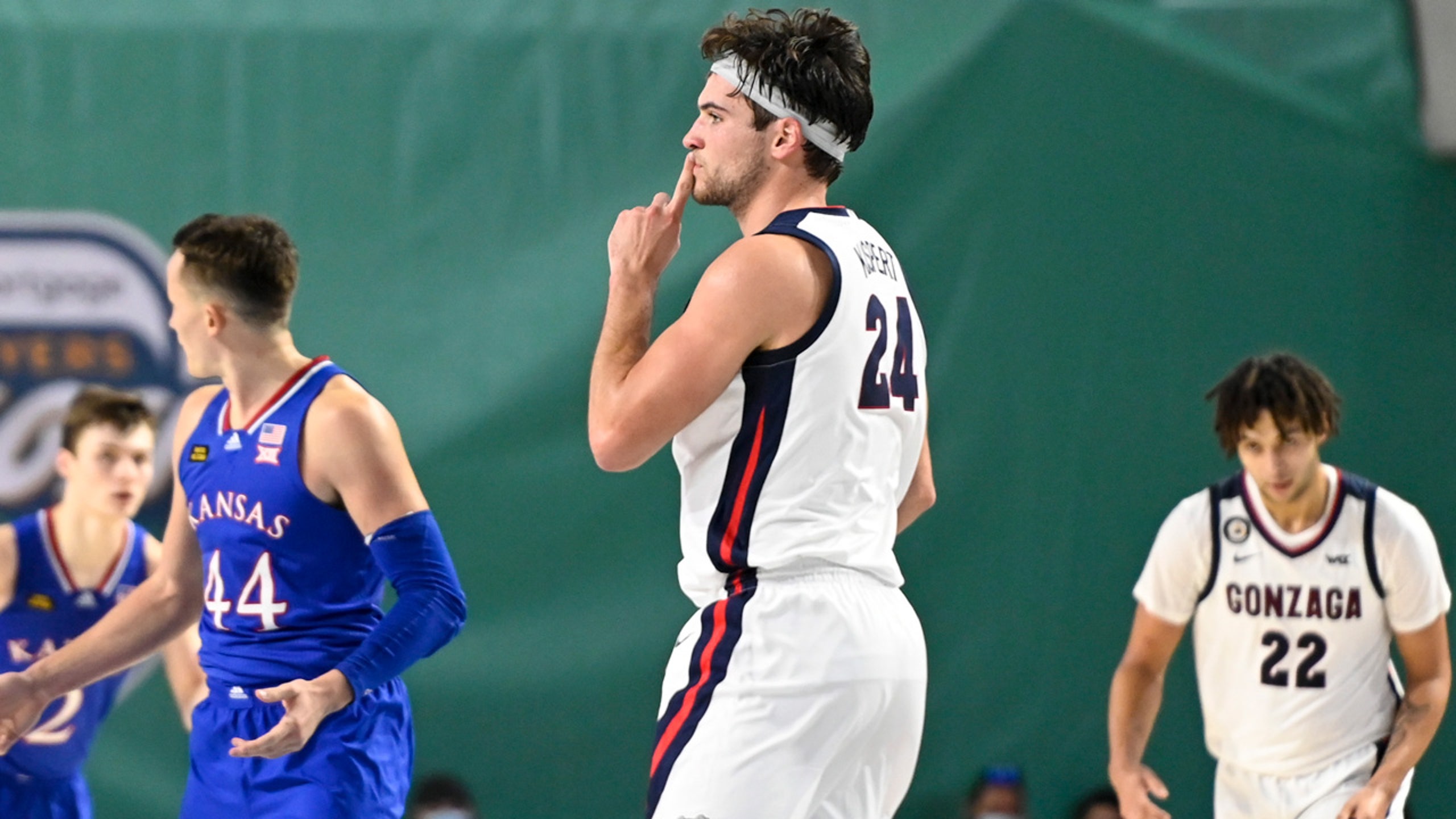 previous story
What Sports Fans Can Be Thankful For
next story
Lurking Or Overlooked?
College Basketball

A pair of top 10 teams entered the Fort Myers Tip-Off on Thursday looking to get their 2020 college basketball season off on the right foot.

And from the opening tip, the Gonzaga Bulldogs showed why they're the No. 1 team in the land, handling the No. 6 Kansas Jayhawks 102-90 on Thanksgiving Day.

Here are three takeaways from the biggest college basketball game so far this young season.

Drew Timme, Corey Kispert and Jalen Suggs each finished with over 20 points for Gonzaga on Thursday – and each took control at various points of the game to hold Kansas at bay.

Kispert (23 points, four rebounds) got the party started on the offensive end, scoring both down low and from deep to lead his squad through the opening 20 minutes.

"Probably the most confident player in college basketball. He thinks every play is for him. He feels this is his team, and he's playing like it."

Yet the Jayhawks refused to stay down, storming back in the second half before the 6'10" Timme took advantage of Kansas' relative lack of bigs to dominate in the paint on the way to 25 points to lead all scorers. 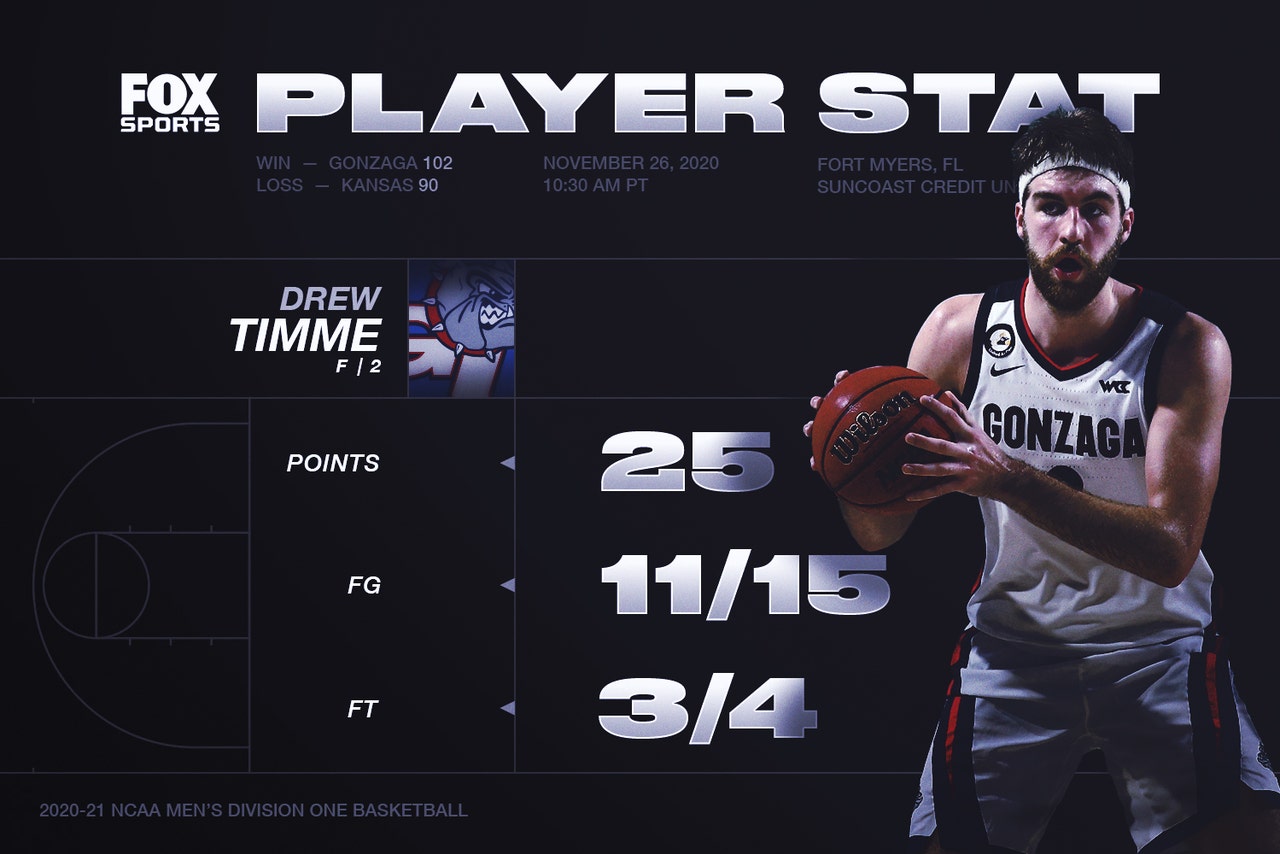 Suggs, who had 24 points, eight assists, four rebounds and two steals, then put the game away with a seven-point flurry with seven minutes remaining, including a 3 from way downtown that all but iced the Jayhawks.

2. Save the defense for March

Kansas' 90 points would have been good enough for a win in every regular-season game the Jayhawks played last year, including an overtime win over Dayton. But against Gonzaga, all that Kansas scoring merely spelled a 12-point loss.

At times, it felt like defense was optional in both teams' season-opening game. The two sides tallied 100 combined first-half points and shot a collective 58.9 percent from the floor, scorching the nets on both ends.

In fact, Gonzaga only missed 22 shots the entire game, 12 of which came on three-point attempts.

3. Passing on the mid-range

Through a combination of Gonzaga ball movement, the Bulldogs' size, and wide open driving lanes to the rim, the Zags attempted just three mid-range shots all game – and knocked down all three.

Basketball purists might scoff at the Zags' 18 three-point attempts, of which they made only six, but it's hard to argue with Gonzaga's results at the rim, which naturally reduced the number of times the team had to settle for a look outside the paint.