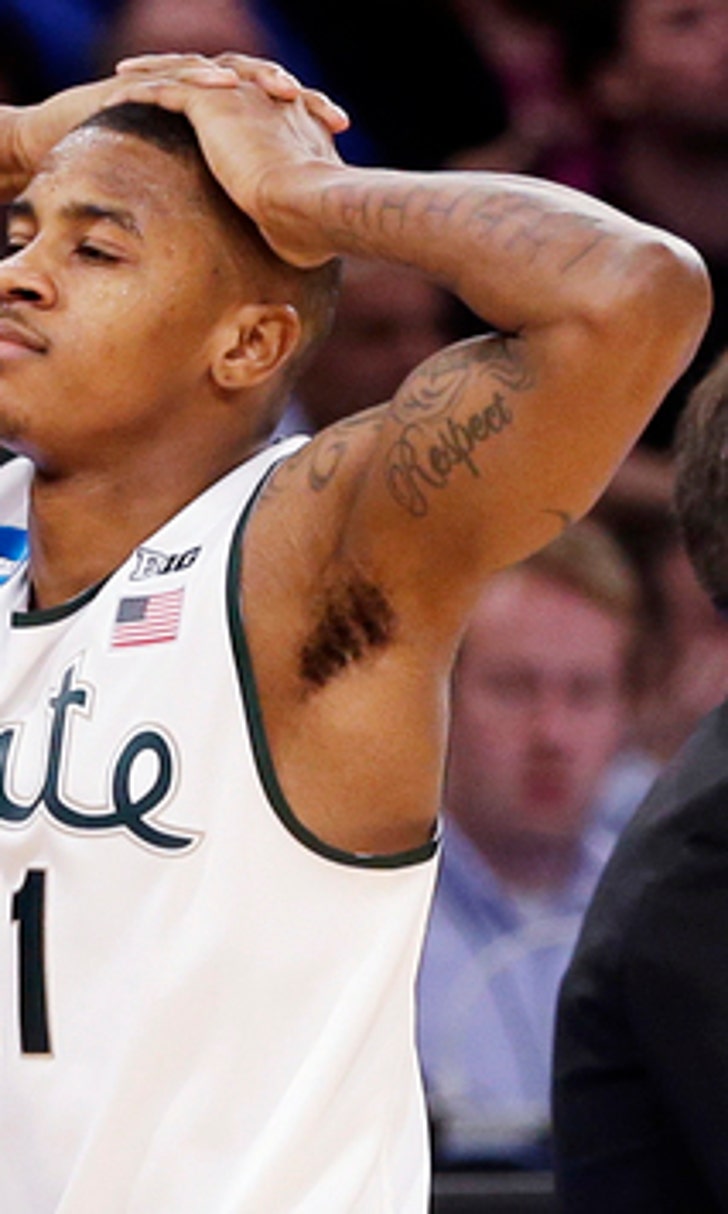 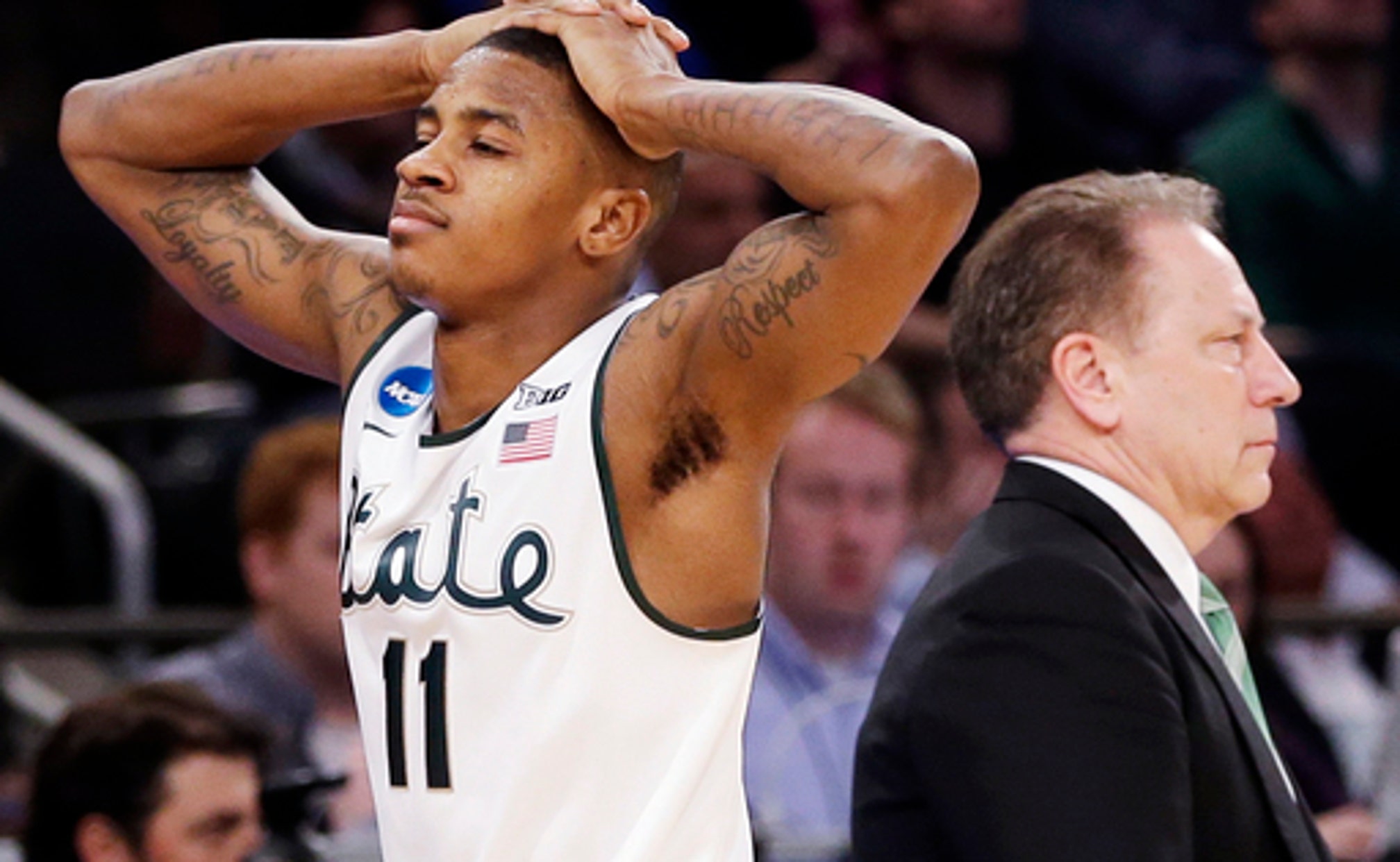 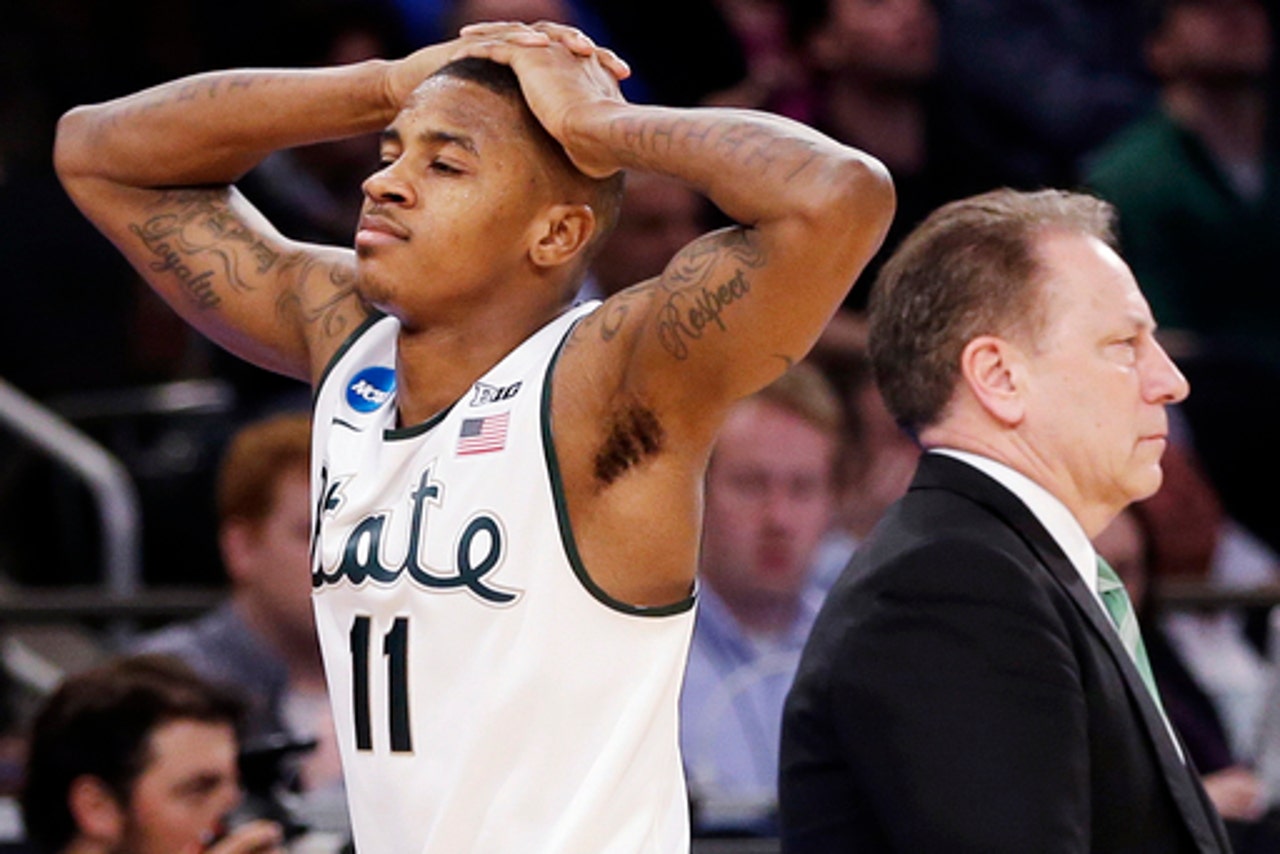 DEARBORN, Mich. — Former Michigan State basketball player Keith Appling was charged Wednesday with carrying a concealed weapon and other crimes after being found in possession of guns and marijuana in suburban Detroit, according to authorities.

The Wayne County prosecutor's office says the 24-year-old was arrested Sunday evening outside a Dearborn strip club. Club security called police after seeing a man pull a gun from the trunk of a car.

Prosecutors say Appling was in the driver's seat, under which officers found a handgun. There was also a loaded weapon in the trunk and a small amount of suspected marijuana.

Appling's next hearing is set for Friday.

"I understand the police were looking for a different car," Hall said, adding his client is "saddened" by the charges. "I don't know why they searched his vehicle."

Dearborn police Lt. Ronald Beggs said a responding officer thought the weapon in the trunk was an AK-47, according to police reports. He added that Appling was cooperative at the scene and while in custody.

Appling played for the Spartans from 2010-2014. He had two 10-day contracts with Orlando this season in the NBA, averaging 1.2 points in five games, and played for the Magic's Erie, Pennsylvania, affiliate in the NBA Development League.

Onward in H-Town
The Harden era has ended. But with Victor Oladipo joining John Wall and DeMarcus Cousins, redemption is possible in Houston.
9 hours ago