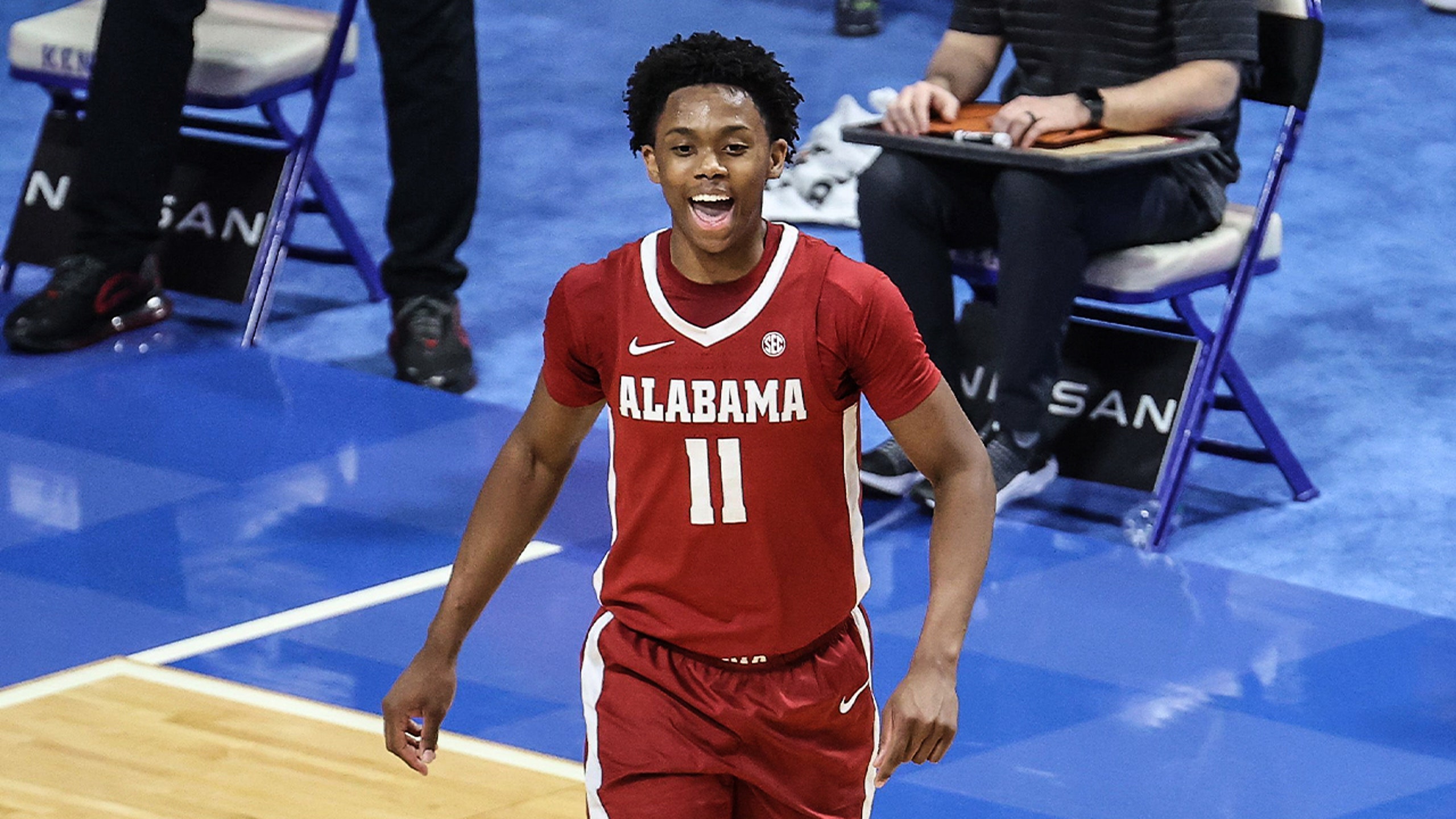 The tiers are constantly fluid below Gonzaga and Baylor. Michigan has earned its spot at the top, and so has Iowa.

The second tier has teams that are on the verge and still considered elite. Tier 3 is made up of teams that are holding firm, and the rising teams to keep an eye on occupy Tier 4.

Gonzaga: The Zags' offense looks a lot like 2018 Villanova, and that team won a title convincingly.

Baylor: The Bears are still waiting for a Big 12 challenge. But it’s coming.

Michigan: The Wolverines dominated Wisconsin the way few teams have done under Greg Gard. This squad is a legitimate Final Four contender.

Villanova: The Wildcats are on pause. It's unclear when they will be back and if they will be affected by the layoff, but they still have the goods to make a run.

Iowa: The Hawkeyes get Tier 1 status for the way they have played on the road of late. The win at Rutgers will have legs for quite some time. Oh, and Luka Garza is still dominant.

Texas: The Longhorns lost for the first time in the Big 12 in the final seconds against Texas Tech. That shouldn’t discourage us from keeping them high.

Creighton: The Bluejays are waiting to ascend ahead of 'Nova if the Wildcats come back and slip.

Alabama: The Tide deserve recognition after a beatdown of Kentucky. They are banged up but still unbeaten in the SEC.

Tennessee: The Vols have one loss in the SEC — to Alabama. They are going to be a tough out going forward.

Ohio State: The Buckeyes aren’t full strength but are still playing their best basketball of the season.

UCLA: No Chris Smith hasn’t affected the Bruins just yet. They have become the best in the Pac-12.

Houston: The Cougars are the class of the American, but they might not be tested much the rest of the season.

Louisville: The Cardinals are emerging as the class of the ACC, something that was not projected in the preseason.

Texas Tech: The Red Raiders got the win they needed with a last-possession dagger by Mac McClung to upset Texas.

Boise State: The Broncos are off to their first 8-0 conference start in school history.

Virginia Tech: The win over Villanova was clearly not a fluke. Besting Duke over the weekend was more evidence that the Hokies are here to stay.

I shouldn’t pick against Michigan. I shouldn’t. They look too good. Too sharp. Too defensively stingy. But the Gophers are a lock at home. So I’m going with the trend of the Gophers getting revenge at home. Pick: Minnesota

This is a sneaky good game in the Pac-12. The Buffaloes beat Oregon at home and are desperate to keep the momentum going. But the Cardinal have been scorching with Oscar da Silva. The edge, though, goes to the Buffaloes at the point. McKinley Wright IV must have a steady game for the Buffaloes to win. I think he will. Pick: Colorado

The Musketeers have been the late-game squad, with two buzzer-beaters this season. They would need a third to knock off the Pirates in Newark. This is a tussle of two of the better teams in the Big East vying for a top-five finish. Pick: Seton Hall