Super Bowl party planning? Here are the do’s and don’ts

Why would you do this to yourself?

So, you’re going to be a hero and throw a Super Bowl party, eh? You actually want the burden and hassle of inviting people into your home and entertaining them? Well, if you’re going to dive into this fool’s errand, you need help.

That’s because studies have shown that hosting a gathering on the biggest sports day of the year is among humanity’s most common fears, just below public speaking and death. It’s true, look it up. (Don’t do this, it’s not true).

Anyway, we here at FOXSports.com want to guide you through this process so you can get survive this day with as little pain and vomiting as possible. So, we present to you the most common Super Bowl party questions and their solutions.

1. How many people should I invite? 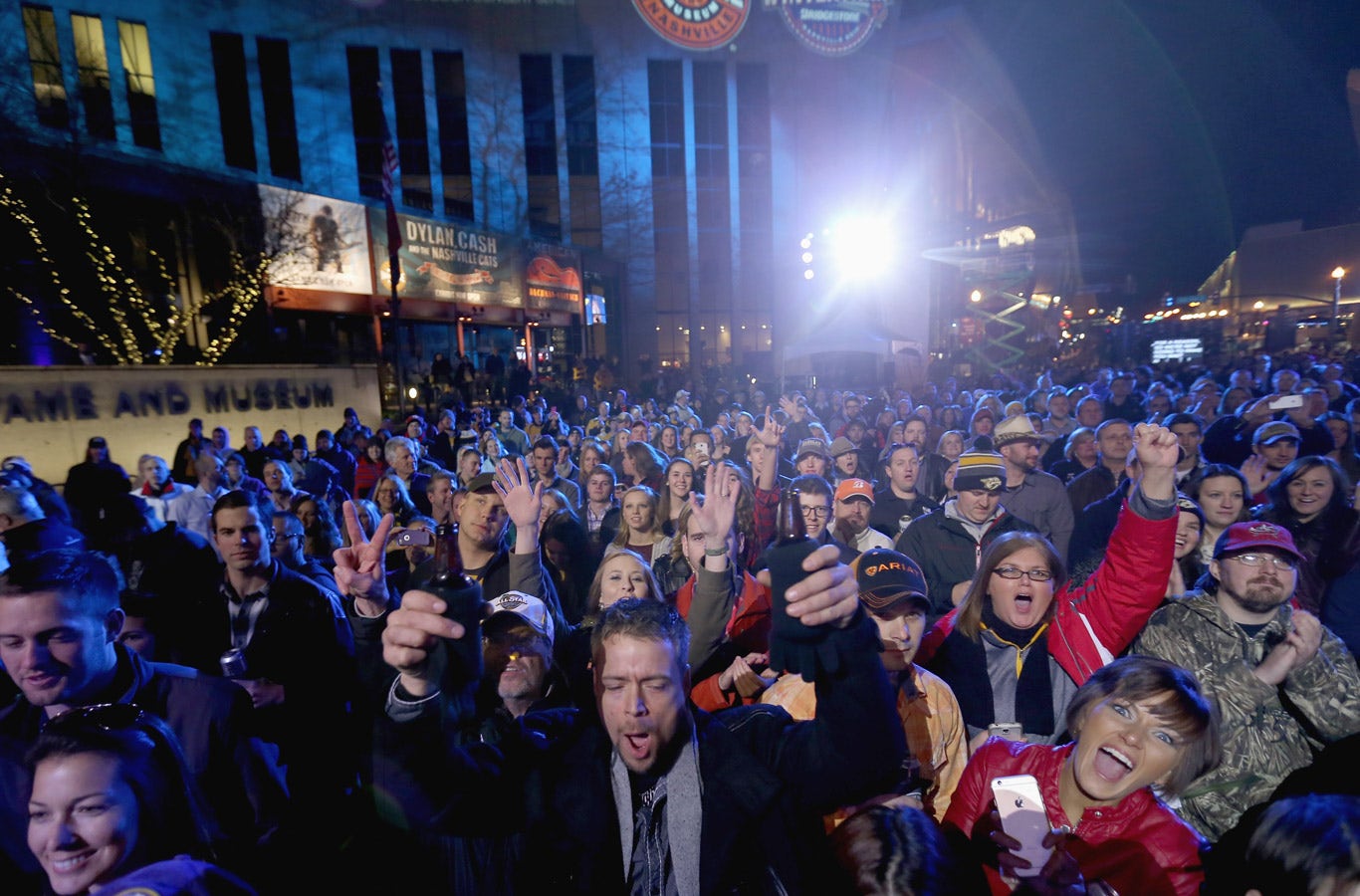 If you have an apartment, keep it to around 10. If you have a house, you can go as high as 20, but you should try to keep it to 15. You want enough people to have varied conversation among the guests, but not so many that you can’t keep an eye on everyone. Avoid the nightmare scenario of catching someone rifling through your bedroom drawers. 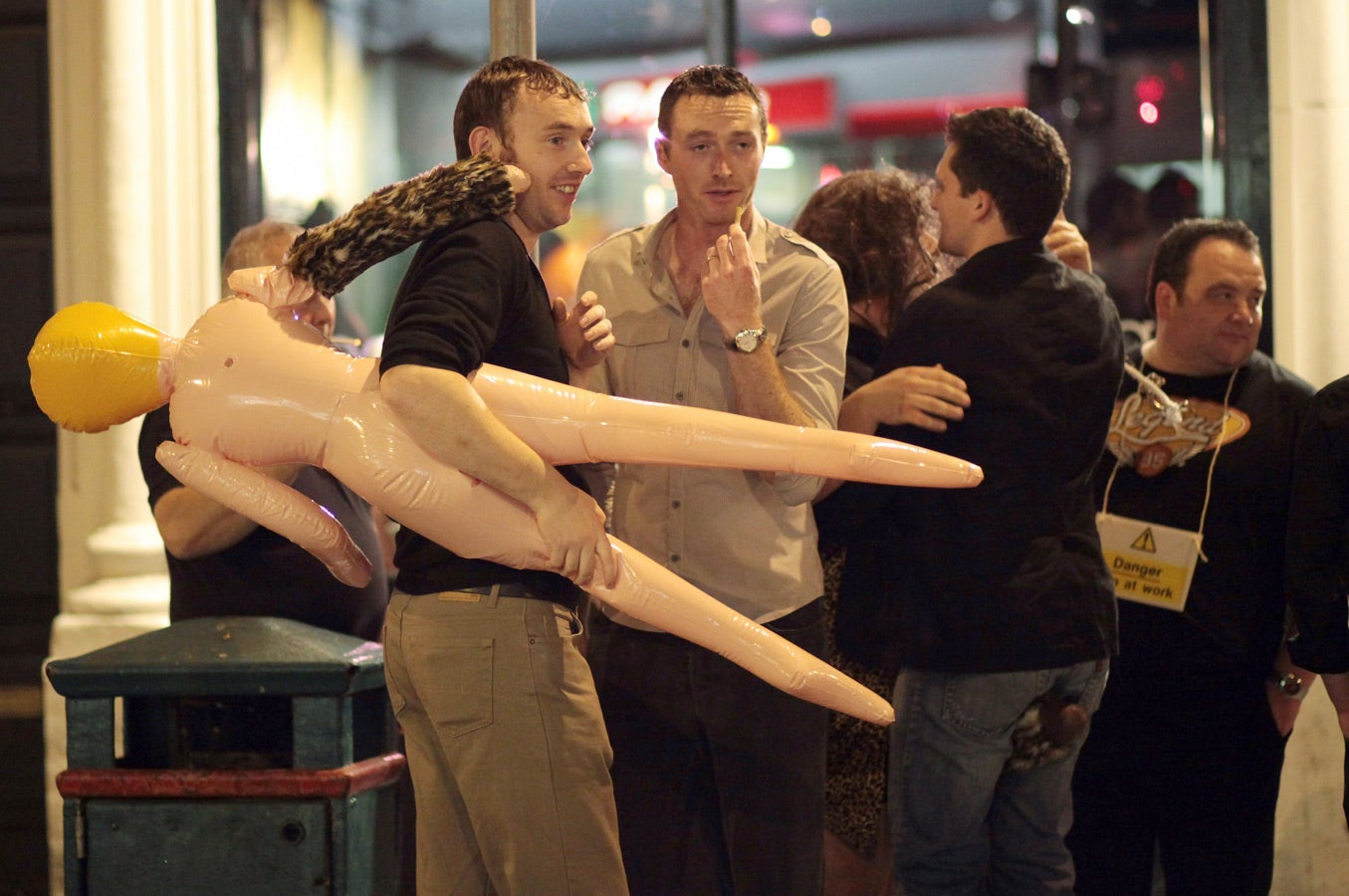 Close friends and their significant others are always good. Close friends who want to bring someone that isn’t a significant other? That’s a little sketchy because you don’t want some interloper who either sits in the corner and doesn’t say a word or is so self-conscious at being among strangers that they come on way too strong. Sure, you could be a generous host and make sure this new person feels accepted, but honestly, that’s exhausting.

When it comes to co-workers, those are fine as long as they are on the same professional footing as you or lower. Avoid inviting any supervisors, simply because you can’t completely trust your friends to not get super wasted in front of your boss. You don’t want him or her thinking these are the types of people you consort with.

If you have a rooting interest in the game, don’t invite a fan of the opposite team. Just don’t do it. You’re going to feed this person and allow them to foul up your bathroom and spill drinks on the floor. Nobody should ever be allowed to trash-talk you or do a victory dance in your house. Wars have started that way.

3. How clean should my place be? 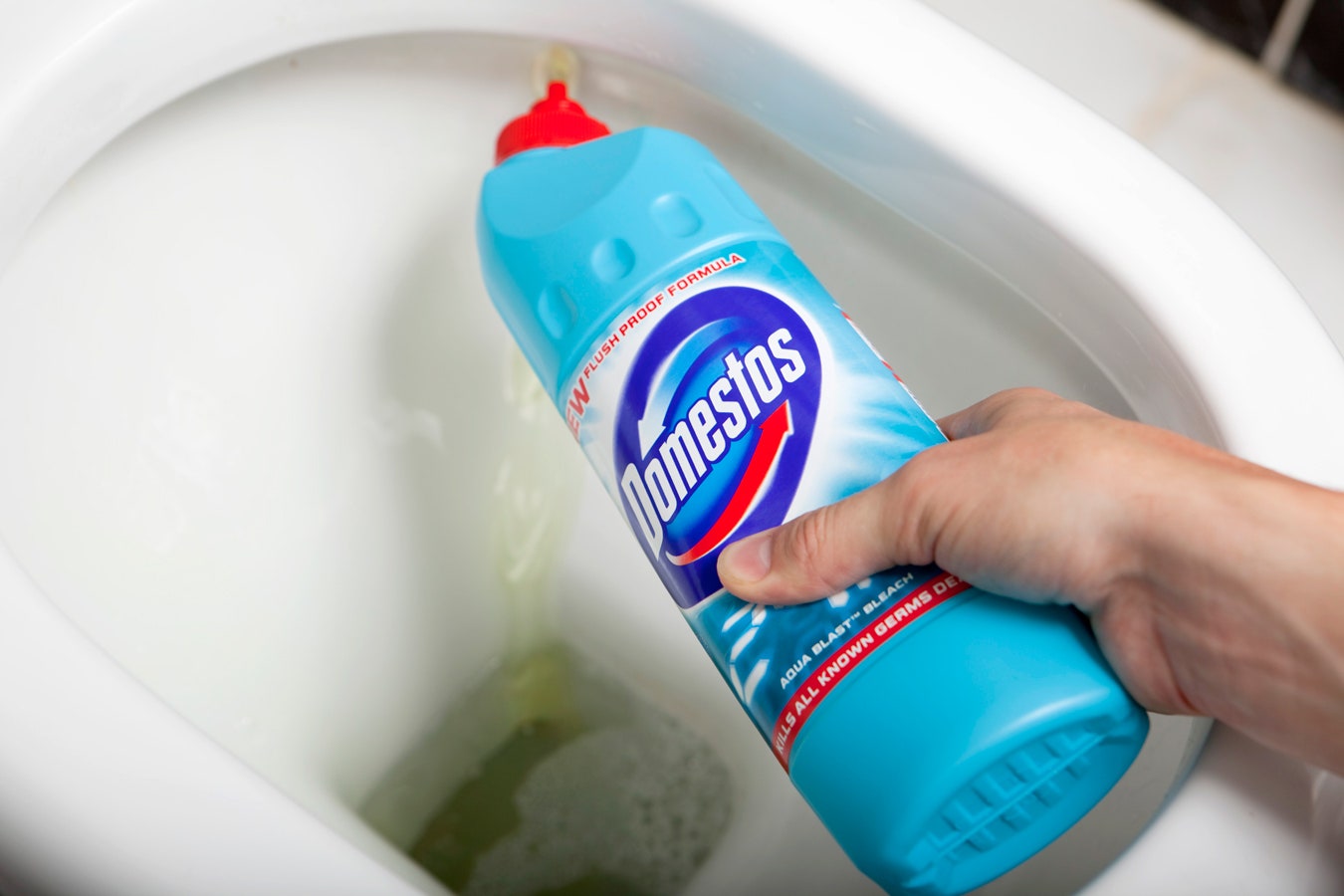 Very. Remember, any gathering at your home is really just a referendum on how you live. Bathrooms need to be clean. Toilet paper stocked, soap dispensers actually need to contain soap and all walking areas should be free from clutter at least in the early going. There should be enough seating so that nobody has to stand. Your friends WILL mock you behind your back if things aren’t in order, because people are the worst.

Make sure the refrigerator has room and is presentable. Sure, you’re going to be serving food and drinks, but a few people are always going to show up with some douchey microbrew or a cheesecake and demand a cold place to store it. And when they open that fridge door, let’s not have them see a box of 18-month-old Lunchables sitting in a pool of spilled maraschino cherry juice.

Suggestion: If you have two bathrooms in your home and one is connected to your master bedroom, the latter should be off-limits to your guests. It saves you the time of cleaning two bathrooms and that way people can’t go through your medicine cabinet. In fact, your bedroom area should be closed off entirely. With police tape, if necessary. 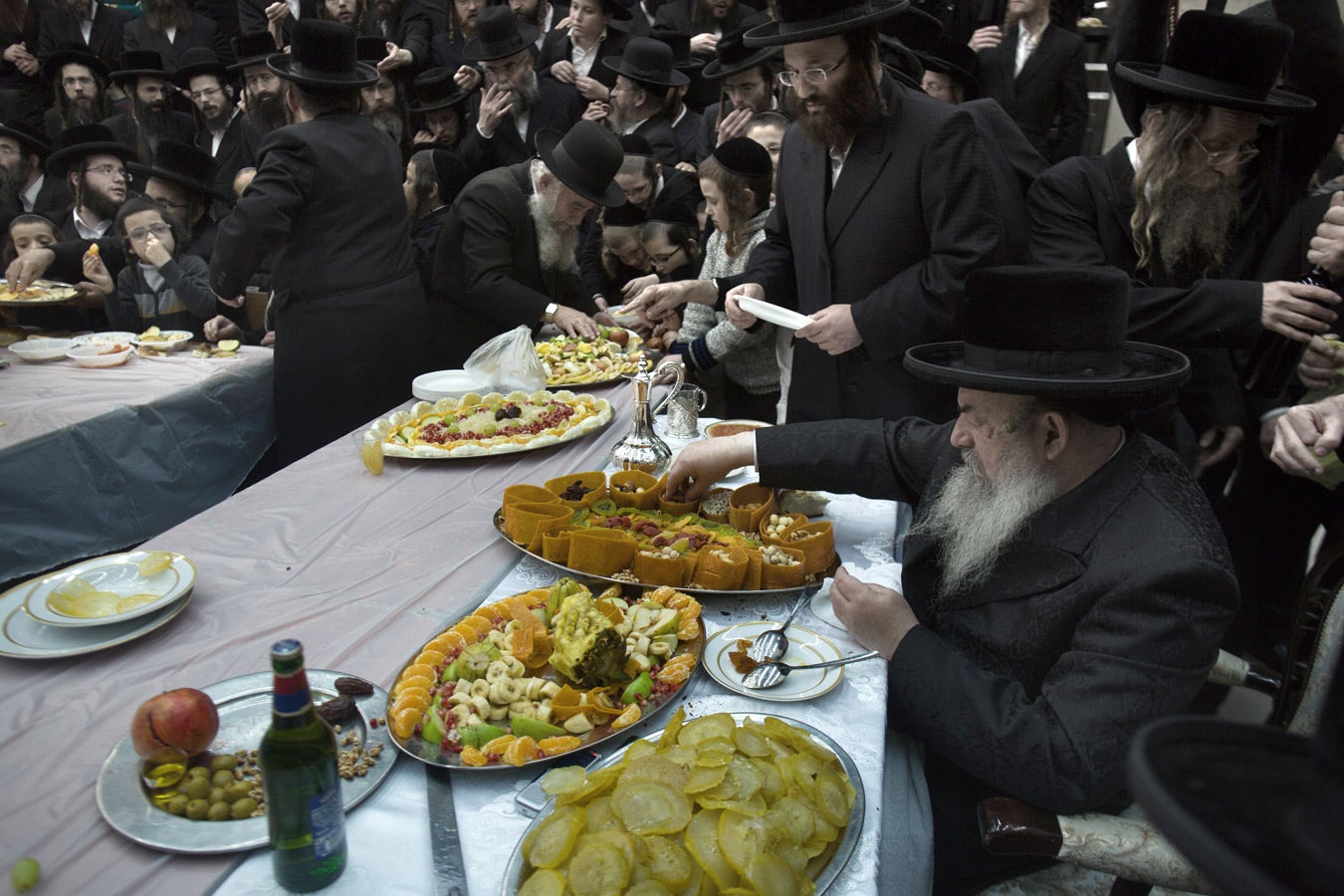 You’re going to foot the bill for this because that’s how grownups throw a party. Super Bowl potlucks are the worst. Nobody can agree on what to make and there’s always some cheapskate who thinks bringing over an $8 container of ice cream will cover his donation.

So, what do you serve? To answer this, I’m turning this over to Paul Werner, who is the vice president of food services and restaurant administration for FOX. And as anyone who’s been to the FOX holiday party can attest, the man knows his stuff.

Anyway, Mr. Werner was kind enough to send over menu options for three different budgets. Each one will serve 10 people. If you’re having more guests, just up the dosage.

Doesn’t that sound amazing? You might notice that recipes aren’t included. Come on, must we do everything for you? All of these are available somewhere on the Internet.

Start with ice. You can’t have enough of it. If you think you have enough, buy another two bags. That’s how fast it can go. Same goes with water. Buy a giant pack of small bottles and arrange them on a bed of ice in a giant tray or cooler. Your guests must be as hydrated as possible, even if it means they’re going back and forth from the bathroom. Water keeps people in a positive frame of mind, and it comes in real handy when it comes to …

ALCOHOL. This is why everyone is here, right? Offer a mix of everything. Wine, beer and the hard stuff. And unless you’re having Frasier Crane over, there’s no need to get fancy. Red and white wines can be one step up from the Rex Goliath variety and can be found in pretty much any grocery store.

For booze, that’s why God invented Costco. You can find giant bottles of Kirkland brand vodka — which I’ve heard is just Grey Goose with a different label slapped on — for around $15. I’m serious. I’ve gone to Costco just to buy two bottles of that and nothing else. They’ll also have great deals on bourbon, scotch and any other non-clear spirits.

When it comes to beer, keep it light. Something like Corona might make a beer snob’s lips curl, but it’s a light beverage and will keep people from barfing or sleeping their way through the second half.

Now, as the host of your party, I’m of the mindset that you shouldn’t drink before halftime of the game as you’ll be running around making sure everything is going well. However, many colleagues here laughed me out of the building. OK, so let’s compromise. Pour yourself a stiff drink shortly before your guests start arriving and then try and hold off until at least the game has started. You need to be the responsible one here. Have you ever been to a party where the host gets blasted 20 minutes into it? Things can turn into Lord of the Flies at the drop of a hat.

6. Should I serve tequila?

Are you out of your mind? HELL NO. Don’t go there. Someone might try and sneak a bottle of Patron into the party. This person must be expelled from the premises post haste. Tequila is a gateway booze that leads to public nudity and people making out with no regard to friendships or human life. You’re throwing a little shindig, not turning your home into Caligula’s dream.

7. What time should the party start?

No more than 90 minutes before kickoff. The Super Bowl can drone on for hours. And people are going to be drinking. The less time you have people in your place, the less likely it is that people will have to sleep over.

Aren’t they pretty? Man, I love shiny things with lots of buttons. And Netflix!

9. What about the halftime show?

You can’t turn the volume down during Coldplay. Every group of friends has at least one Coldplay fan in it and it would be nice if you would stop thinking about yourself and allow this poor, misguided freak to have a few minutes of fun.

What’s more, you can’t turn the volume down during the commercials either. There are people who tune into the Super Bowl just for the ads. Aren’t you pumped to see what Amy Schumer and Seth Rogen have planned? Exactly.

Avoid social media. No Facebook posts checking everyone in. No Instagrams. No SnapChats. Just in case your "health" goes south during the evening and you, I don’t know, can’t make it to work in the morning, you don’t want any concrete evidence of what you were up to the night before.

Collect everyone’s cell phone if you must. Be willing to use lethal force against anyone who refuses.

Don’t bother cleaning up after the guests leave that night. It’s too tall of a task and you’ll be too full of food and drink to care. Just deal with it the next day. Or later that week. Or just hope your home burns down so you don’t have to deal with it.

But once that’s done, resume your normal life. And never throw another party again. 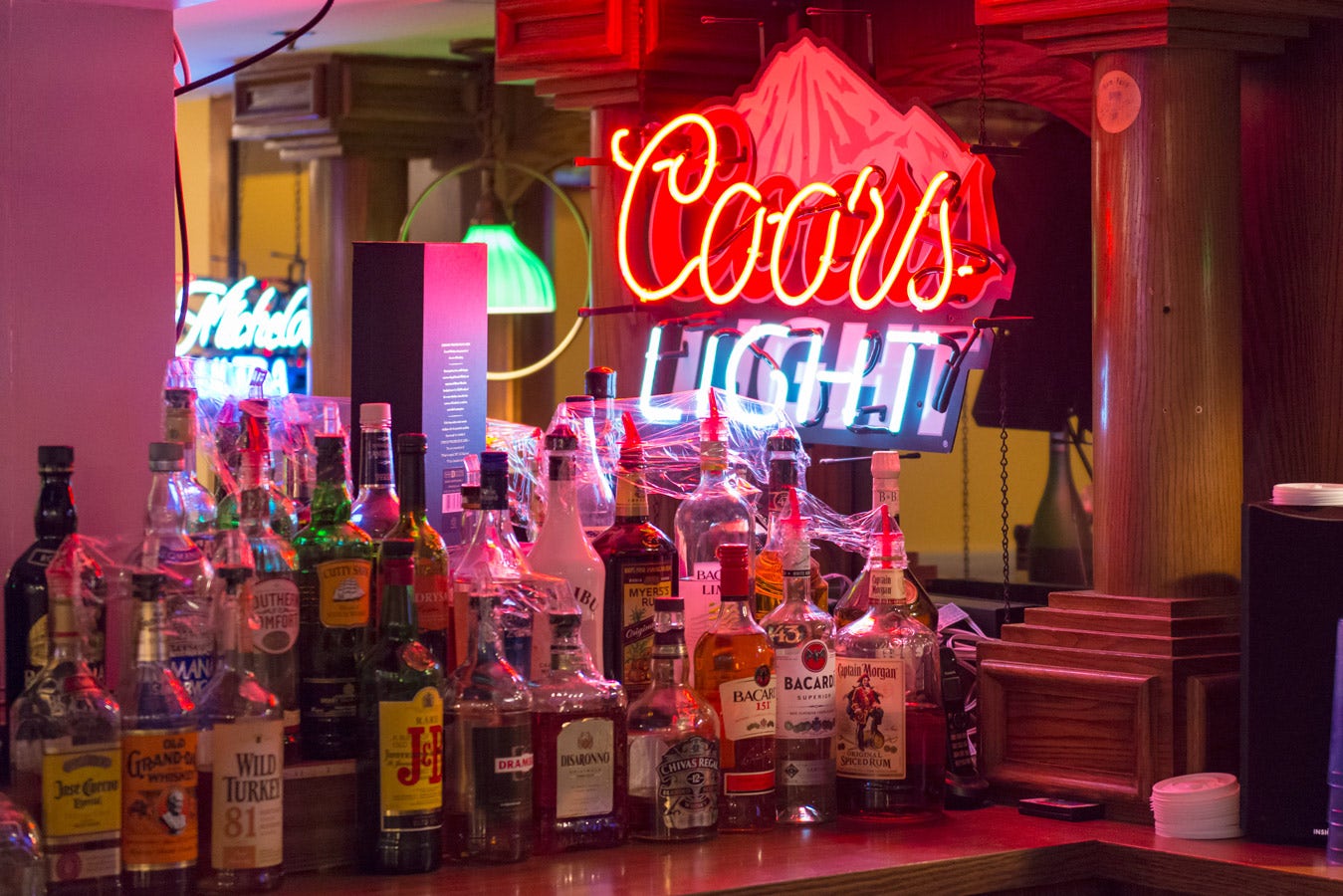 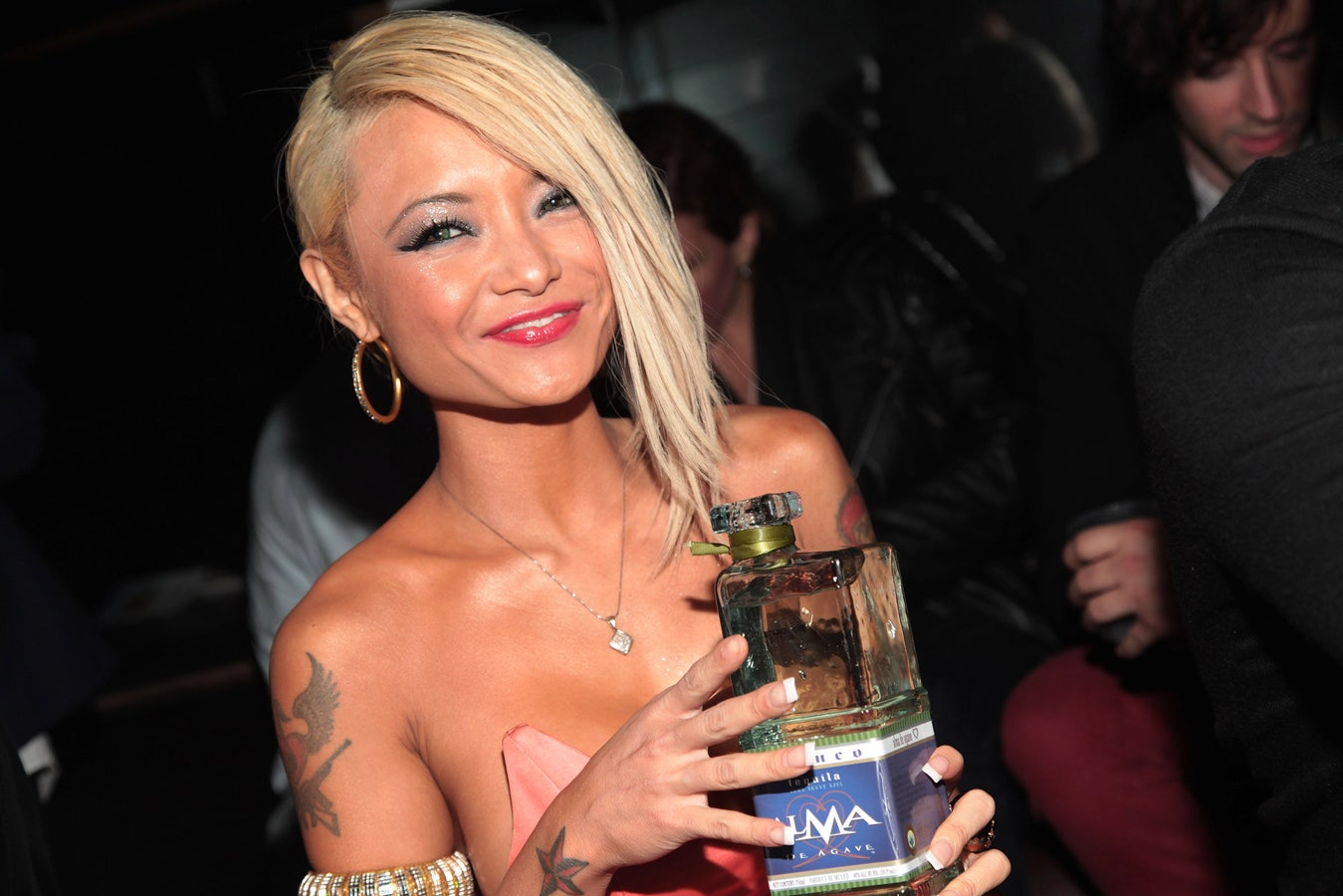 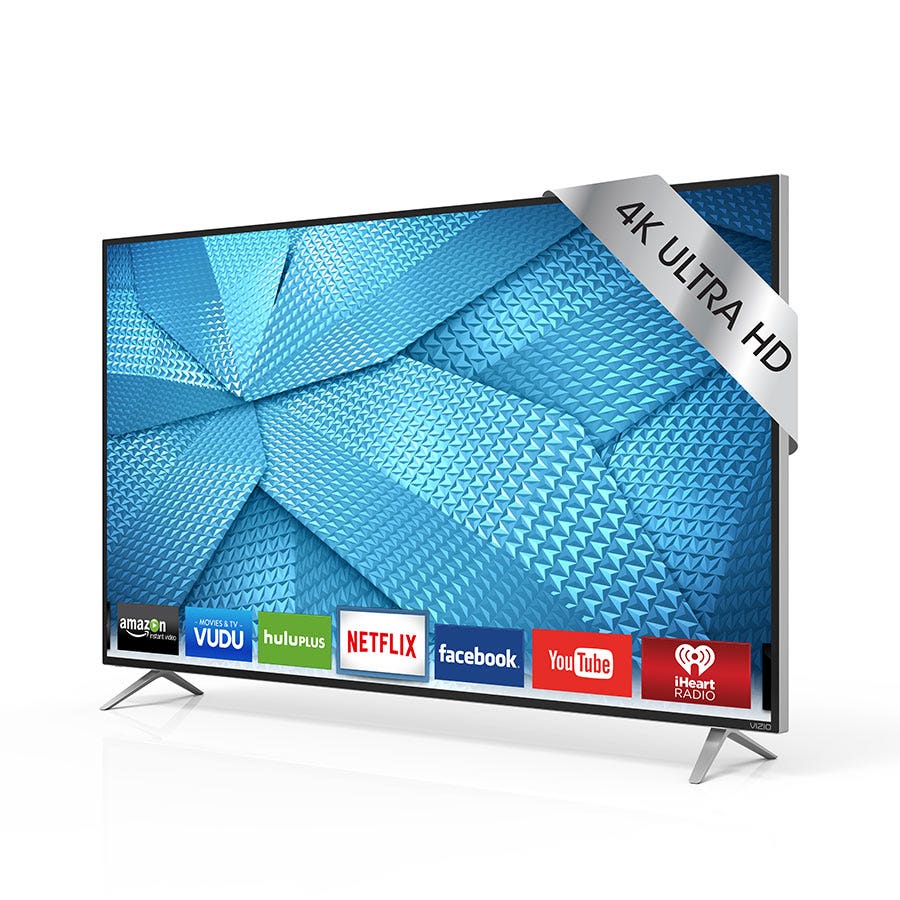 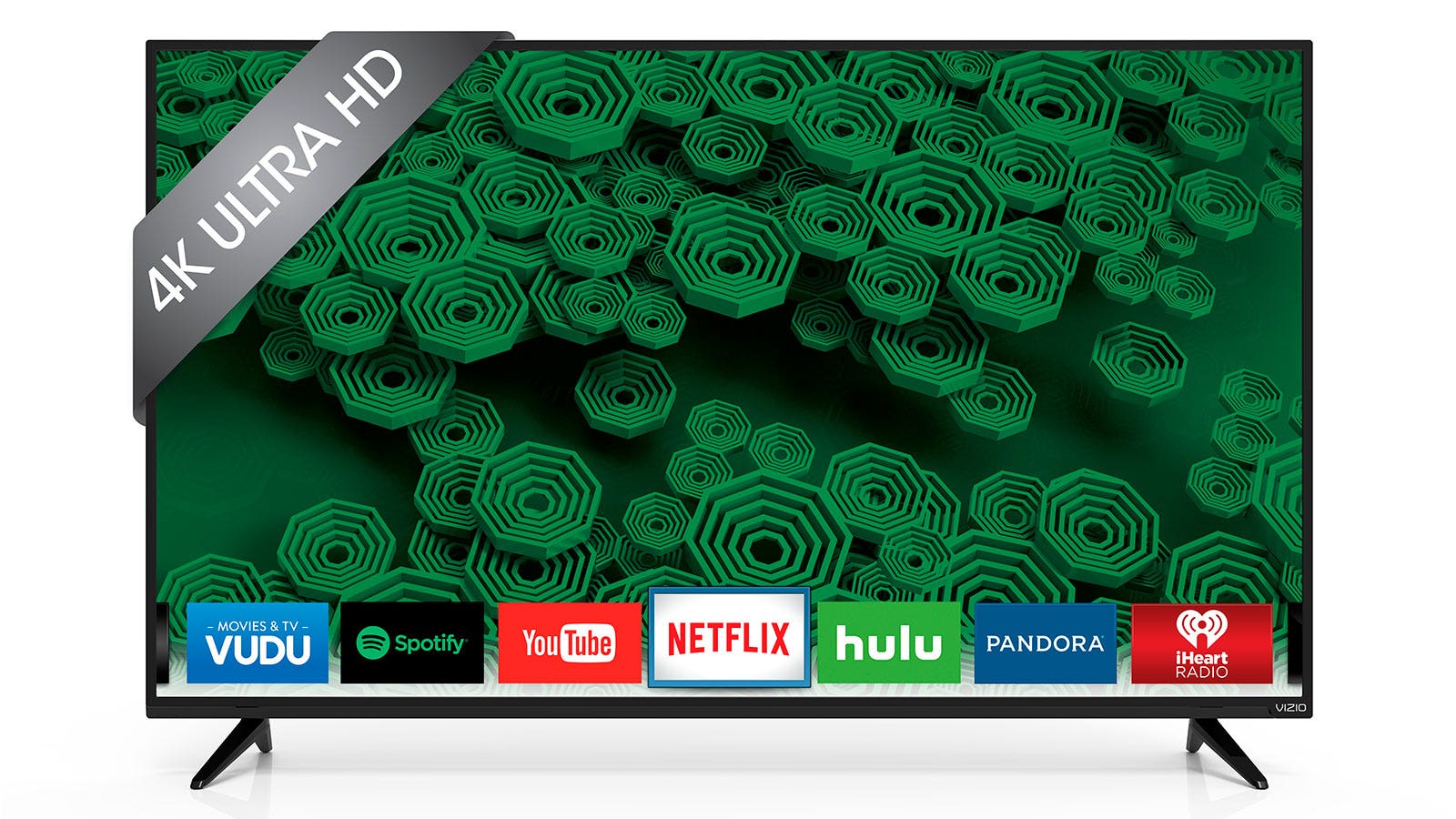 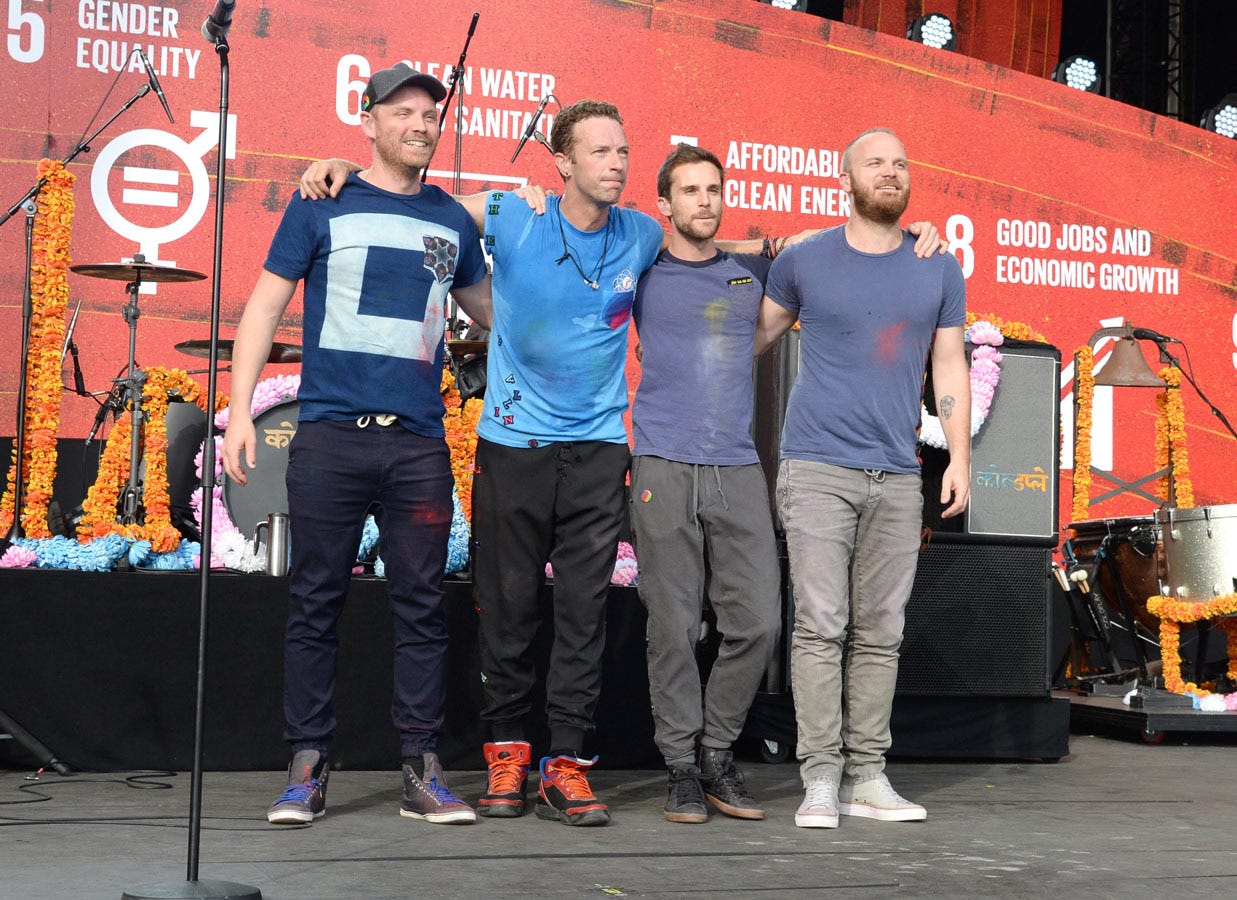 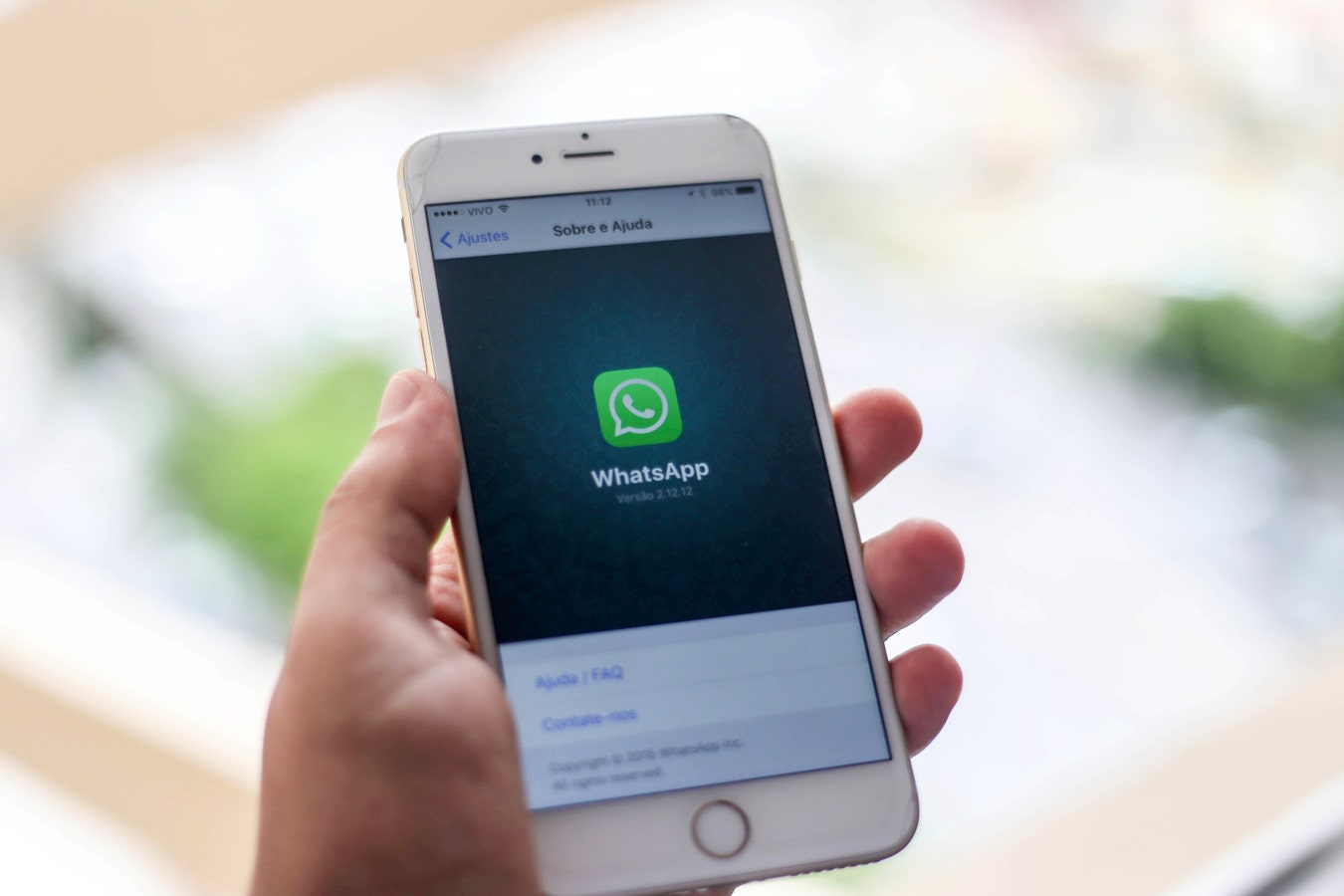