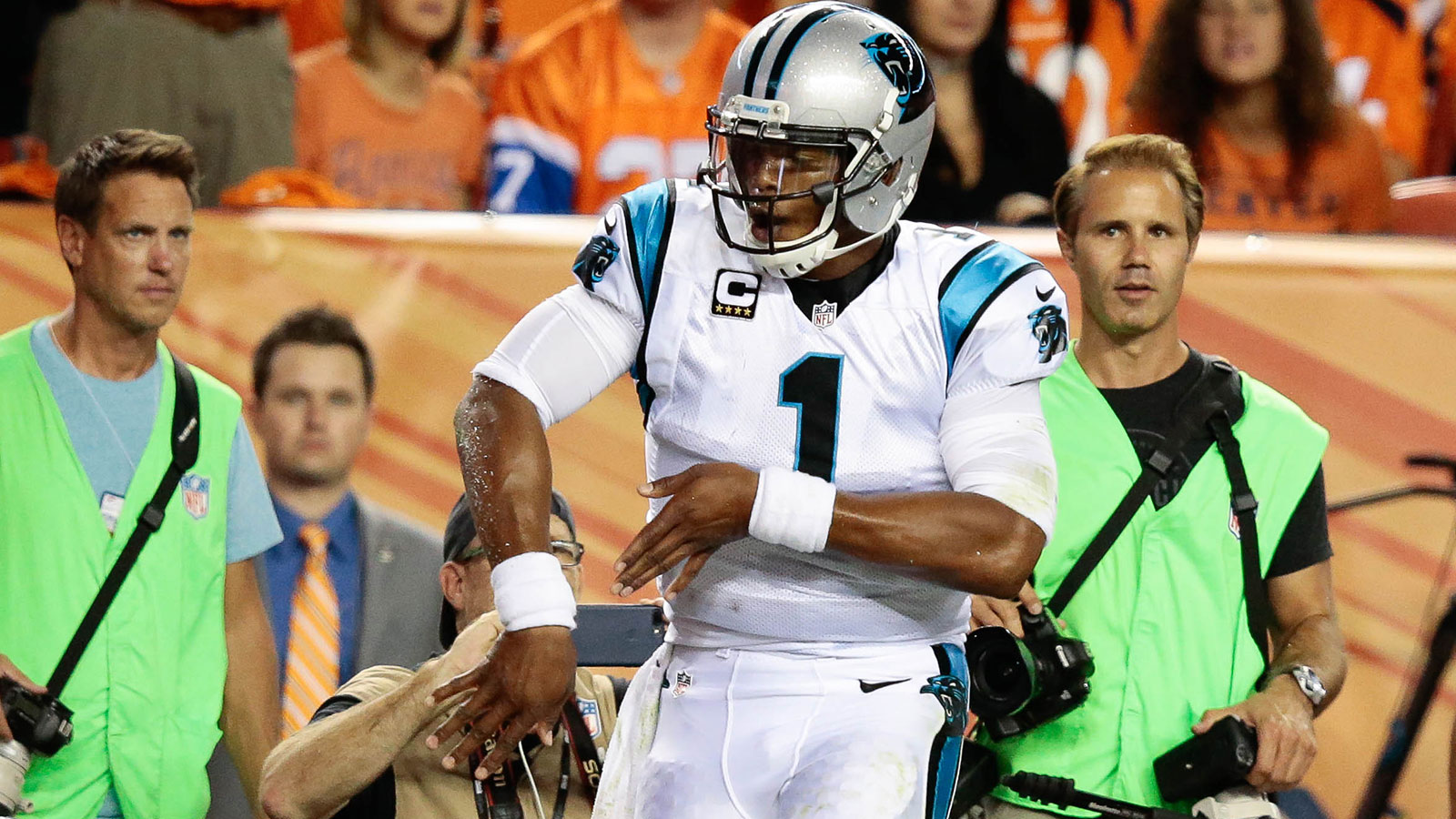 Cam Newton not only put on a show in the first of Thursday’s regular-season opener between the Panthers and Broncos, the reigning MVP also broke a touchdown record held by 49ers icon Steve Young.

Newton ran and threw for a touchdown for the 32nd time in his career, passing the mark Young established during his Hall of Fame career. To further put into perspective Newton’s accomplishment, the Panthers star has played in 79 games while Young took part in 169.

And just for good measure Newton passed Young for the most rushing touchdowns by a quarterback since the 1970 merger, running in his 44th. Newton tied Otto Graham’s mark, which was set in the early 1950s.

Newton appeared to be in midseason form in the first half, completing 11 of 17 attempts for 111 yards and adding 36 yards on the ground. Oh, and don’t forget a passing and rushing touchdown.

And he debuted his new TD dance.

It might be another long season for opposing defenses.