Why history suggests the Cavaliers’ Finals comeback is doomed to fail

Maybe the 33rd time will be the charm for the Cleveland Cavaliers — but history certainly isn’t on their side.

Thirty-two teams have fallen behind 3-1 in an NBA Finals series. All 32 have been defeated. In fact, only two of those 32 teams have even forced a Game 7 — the 1951 New York Knicks and the 1966 Los Angeles Lakers — and both of those instances came before the NBA-ABA merger. Before they can even think of winning the title, then, LeBron James & Co. will have to make modern NBA history by winning Game 6 at home.

They’re certainly capable of it. The Warriors will be without Andrew Bogut. Draymond Green will have to play somewhat conservatively, as one more flagrant foul would mean a suspension for a potential Game 7. And the Cavs’ two biggest stars are playing at a level after Game 5 that we’ve never seen from a duo in the Finals.

Yet other teams have seemingly been well positioned to storm all the way back from a 3-1 Finals deficit, and they’ve all come up short. So what is it about the NBA Finals that makes a 3-1 comeback so impossible, especially compared to the other professional sports — or even other rounds of the NBA playoffs?

We’ve seen such comebacks in the championship rounds in MLB and NHL, of course. The 1942 Toronto Maple Leafs faced the most daunting challenge possible in a best-of-seven series, falling behind 3-0 to the Detroit Red Wings before claiming the Cup. In baseball, there have been five such comebacks since the World Series adopted the 2-3-2 format in 1924: 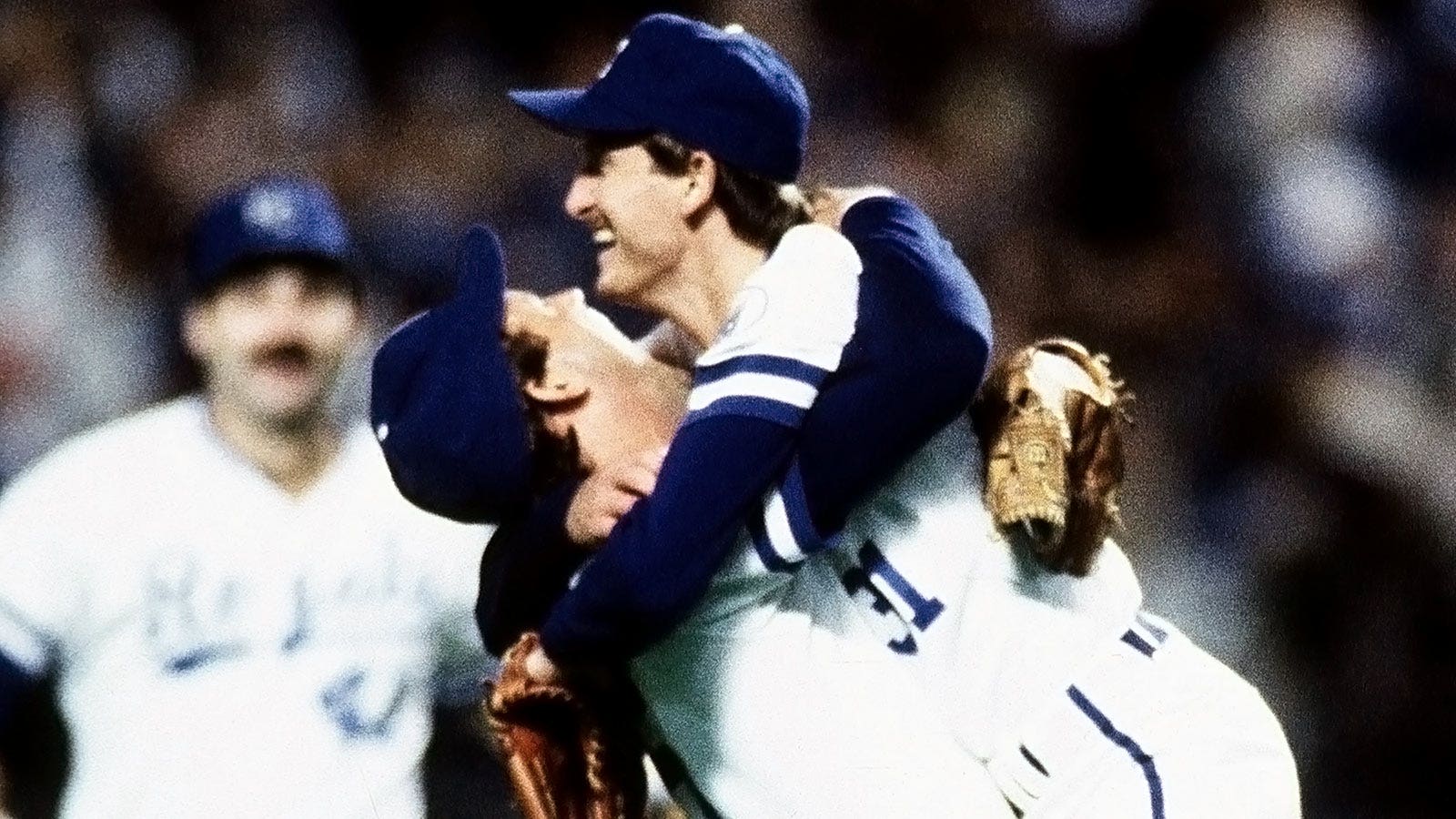 As the dates indicate, part of the difference between the NBA and the other two sports is sheer number of opportunities. The first World Series took place in 1903, and the first Stanley Cup Finals played out in 1893, with the modern NHL postseason coming about in its primordial form in 1912. The NBA Finals, by contrast, were first played in 1947, and it wasn’t until the ABA-NBA merger in 1976 that the league truly became the NBA that we know today.

More than that, though, it comes down to homecourt advantage. Since the NBA instituted a 2-3-2 Finals format in 1985, 15 teams have gone down 3-1 in a series. Eleven of those 15 entered the series with the worse record, meaning they had to win the last two games of the series in a row on the road against a superior team. It’s an incredibly daunting task. That’s not to say a team like LeBron’s Cavs can’t win three straight games, including two away from home, to seize a title from the jaws of defeat. But in such a small sample size, it’s not surprising that every team has failed.

That still leaves four teams who faced a 3-1 deficit but had two home games remaining. Why were they unable to overcome the seemingly insurmountable? Well, two of those squads — the 1993 Phoenix Suns and 1998 Utah Jazz — were up against Michael Jordan’s Chicago Bulls. So we can scratch them off the list right away; they were never going to beat Jordan three straight times with a title on the line. Another, the 2004 Los Angeles Lakers, fell victim to one of the most toxic locker rooms in NBA history and famously collapsed against the Detroit Pistons.

As for the final team? The 2012 Oklahoma City Thunder won Game 1 at home, then watched our old friend LeBron help lead his team to four straight wins and his first NBA title. What a nice bit of serendipidity that is.

Yet homecourt advantage only explains a certain percentage of the NBA’s lack of historic comebacks. After all, MLB has had that same 2-3-2 format for over 80 years. Why should such a massive gap exist between baseball and basketball comebacks?

The answer is difficult to pin down, but it’s probably threefold. First, homecourt advantage tends to be more meaningful in the NBA, especially in the postseason, than it is in MLB. Whether it’s the nature of role players in basketball or the impact officials can have on the game, it’s historically been slightly easier to win on the road in baseball.

Second, homefield advantage hasn’t always gone to the best team in the regular season in MLB. Prior to 2003, baseball alternated the "home" team in the World Series from year-to-year. From there, it’s no surprise that three of the five MLB comebacks from a 3-1 World Series deficit since 1925 have been completed by the "road" team in the series — that is, the team that had just 3 of the 7 games at home.

Third, there’s a fundamental difference between basketball and games like baseball and hockey. Variance is a more important factor in the latter, since there are so many fewer scoring opportunities. Scoring just one run or goal can win you a game in MLB or NHL; if you score just one basket in an NBA game, you’re probably not going to win that one. That’s just math.

Because a basketball game is the sum of so many baskets, the better team tends to win out over the long run — and that better team tends to be the one that takes a 3-1 lead in the first place. If, on average, I score on 50 percent of my chances and you score on 40 percent of your chances, and we each get 100 chances to score, my advantage is going to win out more frequently. If we each only get one or two shots, you might win simply because of luck.

It’s that same variance that could give the Cavaliers hope, however. Traditionally, the best basketball strategy was getting as close to the rim as possible for the highest percentage shot you could muster. The modern game embraces the 3-pointer, however — a more valuable shot that runs the risk of a lot of misses in a row if you go cold. That variance is likely part of the reason we’ve seen so many blowouts in the 2016 Finals. When one team gets hot and the other’s off, the game gets out of hand quickly. Combined with the fact that the NBA Finals are now 2-2-1-1-1, which means Cleveland doesn’t have to win twice in a row at Oracle, 2016 could be very different than the 3-1 deficits we’ve seen before.

So if the Cavs can get a little luck to go in their favor, and if LeBron and Kyrie Irving continue playing like they did in Game 5, Cleveland will have a chance at NBA history. Just don’t bet on it.