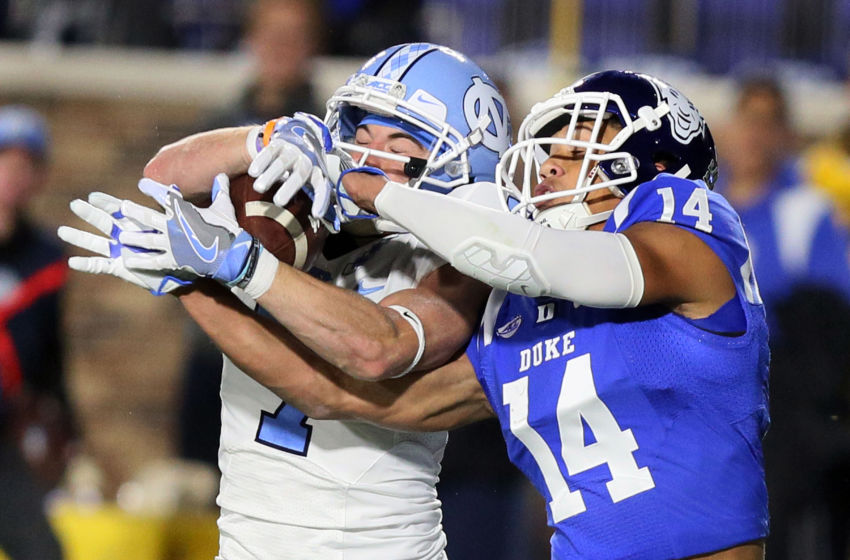 North Carolina is more known for its basketball at the college level, yet there’s seven college football programs in the state that deserve respect as well.

The state of North Carolina is traditionally known for its college basketball, especially in the Atlantic Coast Conference. The North Carolina Tar Heels just walked away with the 2016-17 NCAA Men’s Basketball National Championship. The Duke Blue Devils took home the title two years previous during the 2014-15 season. However, the focus of these rankings lies in the seven FBS programs in the state.

Those seven schools include the Duke Blue Devils, Appalachian State Mountaineers, UNC Tar Heels, NC State Wolfpack, East Carolina Pirates, Charlotte 49ers, and the Wake Forest Demon Deacons. This ranking also looks considers mostly the success of each program throughout the last three seasons as well as the overall historical success and significance of each program.

Most of these programs compete in the ACC, yet it’s easy to forget about Group of Five conference teams like App State. Moreover, success seems to come and go for most programs in NC, especially for schools like ECU, NC State, and UNC. Even Duke experienced a down season in 2016 after head coach David Cutcliffe seemed to solidify consistency in their program.

The immediate outlook for each program’s future will also be considered on each part of the ranking. However, with so much variance in the success of the seven programs in North Carolina, that’s a hard thing to predict. Now, let’s take a look at a ranking of the seven FBS programs in the state of North Carolina. 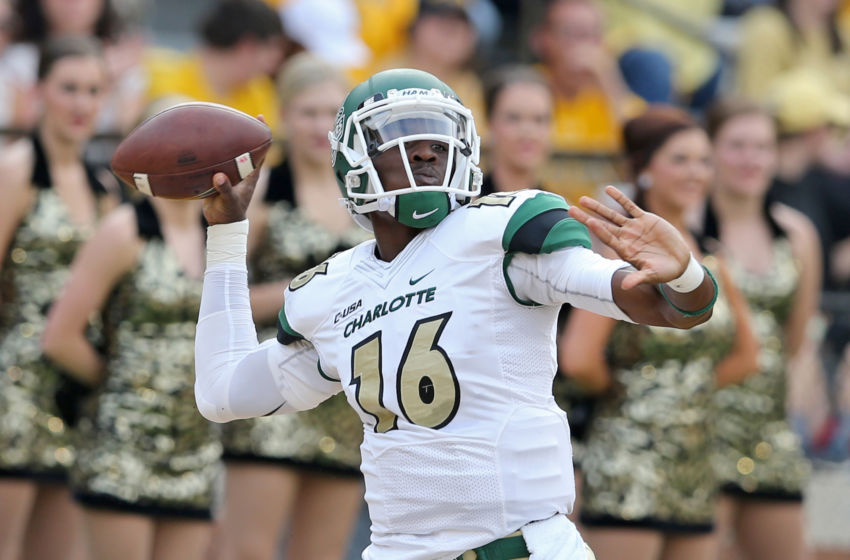 The University of North Carolina-Charlotte just picked up an FBS program two seasons ago. The 49ers actually kicked off their inaugural FBS season in style in 2015 with two straight victories. However, those two victories came against sub par programs in the Georgia State Panthers and Presbyterian Blue Hose out of the FCS. Moreover, UNCC lost their final 10 games of the 2015 season.

That losing streak continued into the 2016 season until they defeated FCS and in-state opponent Elon. The 2016 season looked to be a lost cause as well until the 49ers picked up two impressive victories against the Marshall Thundering Herd and the Southern Miss Golden Eagles. Both Marshall and Southern Miss were bowl teams last year as well.

Considering the 49ers doubled their win total from 2015 to 2016, there’s hope that a bowl berth could be in the near future. A lot of pressure falls on the shoulders of redshirt sophomore quarterback Hasaan Klugh who played well down the stretch last season, including a three touchdown performance against Middle Tennessee.

There’s hope that Charlotte can become competitive among the FBS teams in North Carolina. They improved dramatically down the stretch last season. Furthermore, they have four very winnable games in their first five contests in 2017. The 49ers could very well become one of the better programs in North Carolina in the near future. 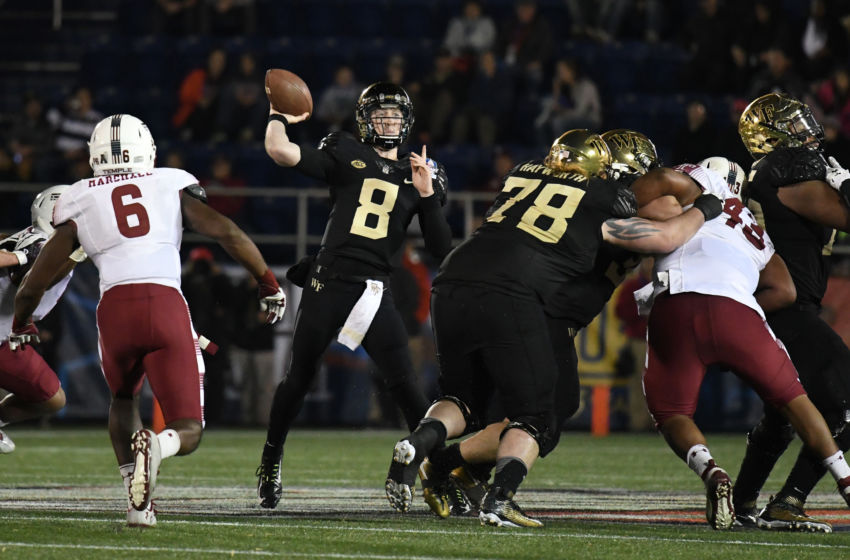 This is a tough one. The Wake Forest Demon Deacons put together a solid campaign in 2016. They finished with a winning record and won their bowl game for the first time since 2008. Moreover, the Deacs posted a better record than both Duke and East Carolina.

Yet, you still have to consider the fact that they were possibly the worst program in the state between the years 2009-2015. And with the rapid improvement of Charlotte and the consistency of ECU, Duke, and UNC in recent years, Wake Forest seems like the sixth best program when looking at the complete picture.

Hopefully Wake continues the momentum from defeating Temple’s former head coach Matt Rhule in his final game with the Owls before taking the helm at Baylor in Waco, TX. We’ll also get a good idea of how they can fare against not just one of the best programs in NC, but one of the best Group of Five teams in 2017 when they face the Appalachian State Mountaineers on Sep. 23. Wake has a chance to enter that matchup undefeated with three winnable contests agianst Presbyterian, Boston College, and Utah State.

The Demon Deacons are often overlooked in North Carolina because they do not have the pedigree of NC State, Duke, or UNC in the ACC or the consistency and fan base of ECU. Moreover, App State has a firm hold on the title of best program in the western part of the state. Yet, another season or two with a winning record would likely move them into the top half of these rankings. 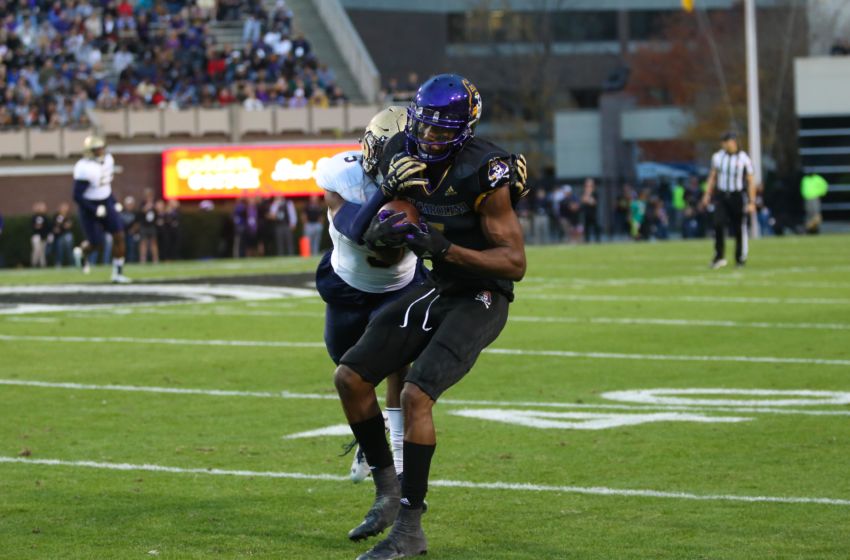 East Carolina is the lone member of the American Athletic Conference for football in North Carolina. Yet, it can be argued that they were the most consistent FBS program in the state from 2007-2014. The Pirates featured players such as running back Chris Johnson, defensive tackle Linval Joseph, defensive end C.J. Wilson, wide receivers Dwayne Harris, Justin Hardy, Aundrae Allison, and Zay Jones, and quarterbacks Shane Carden, and Dominique Davis, that all had stints or are still playing in the NFL.

Yet, you cannot overlook the record that the Pirates posted over the last two seasons. After appearing in eight bowl games in nine seasons between 2006-2014, the Pirates have managed only eight wins in the last two seasons. The trend does not look to be going in the right direction under second-year head coach Scottie Montgomery. ECU had much more success under their past two coaches Ruffin McNeill and Skip Holtz (the son of Lou Holtz), including two 10 win seasons.

ECU loses their best offensive weapon in wide receiver Zay Jones, who was drafted by the Buffalo Bills in the second round of the 2017 NFL Draft. And they face an extremely tough schedule in 2017. They have a tough out of conference slate including the BYU Cougars, West Virginia Mountaineers, and the Virginia Tech Hokies. That is followed by a conference slate featuring top-25 caliber programs in the South Florida Bulls, Houston Cougars, and the Memphis Tigers.

We’ll see if the fortunes in Greenville take a turn for the better in 2017 in Montgomery’s second season. However, things are trending downward for ECU at the moment. 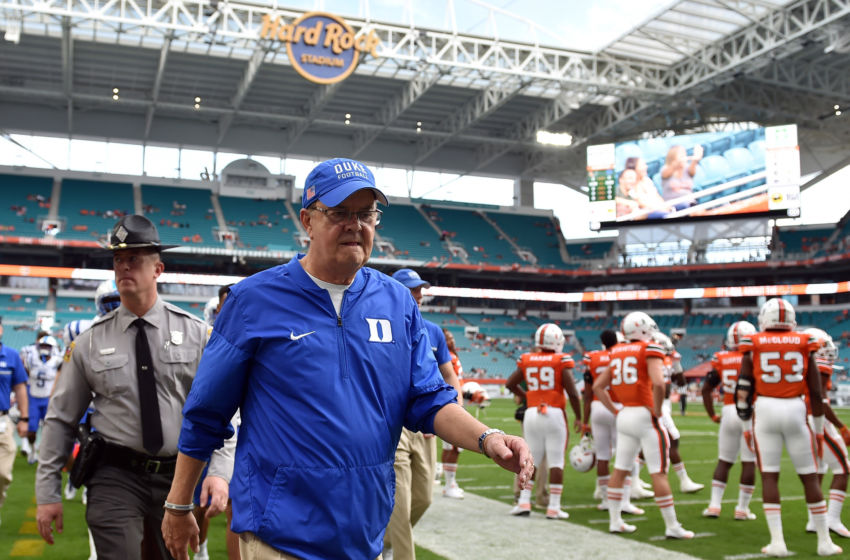 Duke is another program that’s hard to gauge right now. Much like ECU, they looked to be starting a really consistent run under their head coach until the 2016 college football season. Entering the 2016 campaign, the Blue Devils looked to go bowling for the fifth consecutive season. Yet, an Achilles injury to starting quarterback Thomas Sirk derailed what could have been another successful season for Duke.

Head coach David Cutcliffe is one of the best coaches in CFB in regards to doing “a lot with a little”. It’s hard to argue that Cutcliffe isn’t the best coach in the state. If you could trust any one coach in North Carolina to right the ship, it’s Cutcliffe. That’s largely why Duke did not fall too far on this list. But a four win season did not help their standing either.

The Blue Devils have a manageable schedule in 2017 since they do not have to face either Clemson or Louisville in their cross-conference schedule. However, they do have tough tests against Northwestern and Baylor in their non conference schedule and do face a national title contender in the Florida State Seminoles.

Returning to a bowl game and becoming competitive in the ACC is not out of the question for the Blue Devils in 2017. They’ll likely kick off the fall slate with a win facing North Carolina Central out of the FCS. 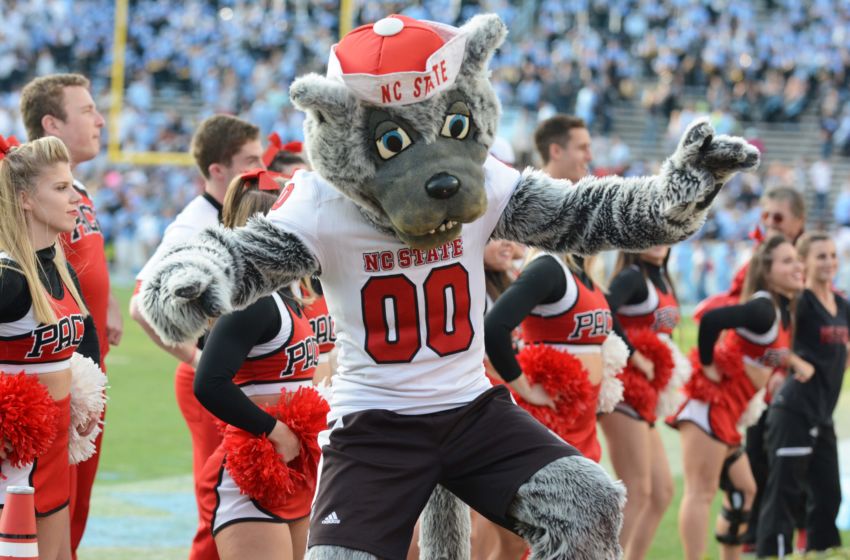 North Carolina State has a great chance to be the best program in the state in 2017. They have so much returning talent and really only have the tough task of replacing running back Matt Dayes. Defensive end Bradley Chubb and tight end Jaylen Samuels are two of the most talented players in the ACC and will lead the Wolfpack in the fall.

NC State finished the 2016 campaign strong with two consecutive victories including a 28-21 victory over in-state rival UNC and a dominating 41-17 victory over Vanderbilt in the Independence Bowl.

However, NC State was so close to defeating two of the best teams in the ACC. They were a missed field goal away from defeating the eventual national champion Clemson Tigers and five points shy of knocking off FSU.

If the Pack can clear up the near misses in conference play they should look at an eight or nine win campaign in 2017. However, they do have five incredibly tough matchups. Three of those games are on the road against Notre Dame, FSU, and Pitt. Two of those games are at home against Clemson and Louisville. There’s no doubt NC State needs to at least pull one upset to reach eight wins next season.

Until the Pack can consistently post winning seasons while also taking down Duke and UNC, they will not crack the top two in NC. Yet, it looks like 2017 could be a special season at Carter-Finley Stadium for the NCSU faithful. 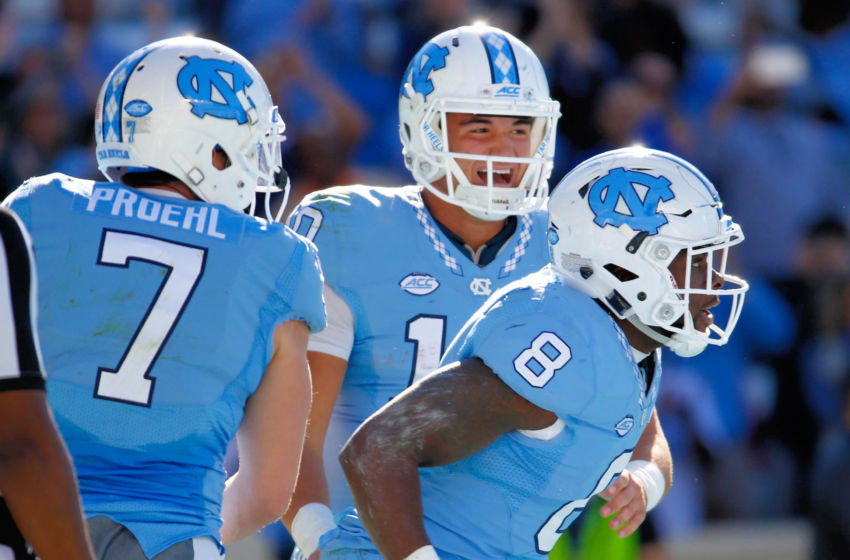 Much like deciding between Wake and ECU, deciding between UNC and App State for the top start was difficult. Yet, UNC is far and away the best Power Five conference team in the state. The Tar Heels have seen a lot of success in the last two seasons, posting 19 combined wins. Moreover, UNC nearly posted 20 wins over the last two seasons if they could have defeated Stanford in the Sun Bowl. But the Cardinal defeated UNC by the slim margin of two points.

UNC also faces a tall task of replacing an incredible amount of lost talent on offense. They not only lost quarterback and first round NFL Draft pick Mitchell Trubisky, but also running backs Elijah Hood, and T.J. Logan, and wide receivers Bug Howard, Ryan Switzer, and Mack Hollins. Losing Switzer is also a huge blow to the special teams.

Even with the bleak outlook talent-wise for the 2017 campaign, you cannot doubt the consistent success of UNC over the last decade. They do not regularly post double digit win seasons but you can almost always find them bowling at the end of the season. Moreover, along with NC State, they consistently have one of the strongest fan bases and attendance numbers in the state. Kenan Stadium almost always has a capacity surpassing 50,000, which is not something that any other program in NC can boast. 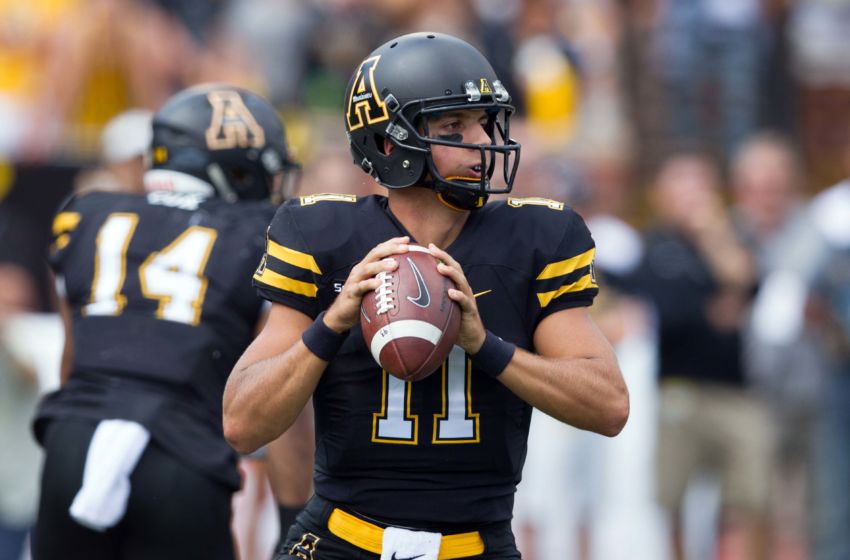 App State is the only program in North Carolina to have posted double digit win seasons in at least half of their seasons as an FBS program. But that only includes the 2015 and 2016 seasons for the Mountaineers. Since the 2014 campaign, App. State has posted 28 victories and they’re undefeated in two bowl appearances.

It might take a while for the Mountaineers to garner some respect in NC, but you cannot doubt their success in recent seasons. They were also the only FBS program in the state to bring home a conference championship.

The outlook for the 2017 season looks just as promising as the last two seasons. Star quarterback Taylor Lamb returns as well as junior running back Jalin Moore to form a very dynamic backfield. They have a very manageable schedule with only two Power Five conference opponents on tap. Moreover, the Georgia Bulldogs are really the only very tough opponent for App. State next season and they get that out of the way in week 1.

Next: Five most important non-conference games for SEC in 2017

Deciding between UNC and App. State for the top spot was tough no doubt. But App. State looks to soon be establishing themselves as the only team in North Carolina that will consistently rack up double digit win seasons. And it did not take them long to see consistent success after making the jump to FBS competition in 2013.