Home-field advantage in the playoffs is overrated for Ravens coach John Harbaugh, who has found that the road to success in the postseason usually involves packing his bags and getting the heck out of Baltimore.

Last week's 20-13 victory in Tennessee was Harbaugh's eighth on the road in the playoffs, the most by any coach in NFL history, breaking a tie with Tom Landry and Tom Coughlin.

Harbaugh rarely acknowledges or celebrates his own feats, but he understood the significance of topping Landry — a Hall of Fame coach with the Dallas Cowboys — and Coughlin, who had a fine run in Jacksonville before winning two Super Bowls with the New York Giants.

“As far as being proud of it and all that, I’m proud, yes," Harbaugh said. “Tom Landry and Tom Coughlin, those are two great coaches."

Harbaugh was unaware of the accomplishment until he got home and received a congratulatory call from his father, a former college coach who knows quite well how difficult it is to win a big game in a hostile environment.

“He was fired up, so it was neat in that respect," Harbaugh said. “But really, it’s the players. They’ve played great on the road all year. We’re on the road, so we have to keep doing it.”

Harbaugh's next task is to win Saturday night at Buffalo. It's no easy chore, but then again, he's guided the Ravens to playoff victories in Denver, New England, Pittsburgh and Kansas City since taking over in 2008.

In fact, Harbaugh has a better road record in the playoffs (8-5) than at home (2-2). Last year, the Ravens earned home-field advantage as the top seed in the AFC before opening with a lopsided defeat at home against the Titans.

For Harbaugh and the Ravens, there's nothing like a good old road trip in January.

In his first season as an NFL head coach, Harbaugh turned around a team that went 5-11 under Brian Billick and went 11-5 to earn a wild-card berth in the playoffs. Baltimore won at Miami and Tennessee before falling against the Steelers in the AFC title game.

Baltimore won at New England in the 2009 playoffs before exiting, then beat the Chiefs on the road the following year prior to a loss in Pittsburgh. In the 2011 AFC title game, the Ravens gave the Patriots all they could handle before falling 23-20 when Lee Evans dropped the potential winning touchdown pass and Billy Cundiff misfired on a 32-yard field goal try that would have forced overtime.

The following year, the Ravens got it right. After disposing of Indianapolis at home, they surprised Peyton Manning and Denver 38-35 in double overtime after Joe Flacco connected with Jacoby Jones for a near-miraculous 70-yard touchdown late in regulation. That was followed by a stunning 28-13 rout of host New England and a 34-31 win over San Francisco in the Super Bowl.

Baltimore opened the 2013 playoffs at Pittsburgh and pinned a 30-17 defeat on the Steelers before absorbing a wild 35-31 loss in New England.

Asked to explain his ascent to the top of the list of road wins for an NFL coach, Harbaugh came up empty.

“We’ve had a lot of road games -– that’s probably where it starts," he said. “We had a good run there for a number of years, winning those games. This last one (in Tennessee) has been a long time coming. So, I don’t know that we have any answers on that, really. Personally, I just think our guys play well. Our guys have played well on the road all year, and for a couple years."

Defensive end Derek Wolfe came to Baltimore from Denver for the chance to play in the postseason, and after last weekend's game he gave a shout-out to his coach.

“The great part about this team is we have a great head coach that treats people like men," Wolfe said. “That’s all I can ask for from a coach: Treat me like a grown man, correct me when I’m wrong, coach me."

Dallas Cowboys
share story
The Tom Brady Way Was it really the 'Patriot Way?' Or did Sunday prove that it was always about the GOAT? Charlotte Wilder is no longer sure.
4 MINS AGO 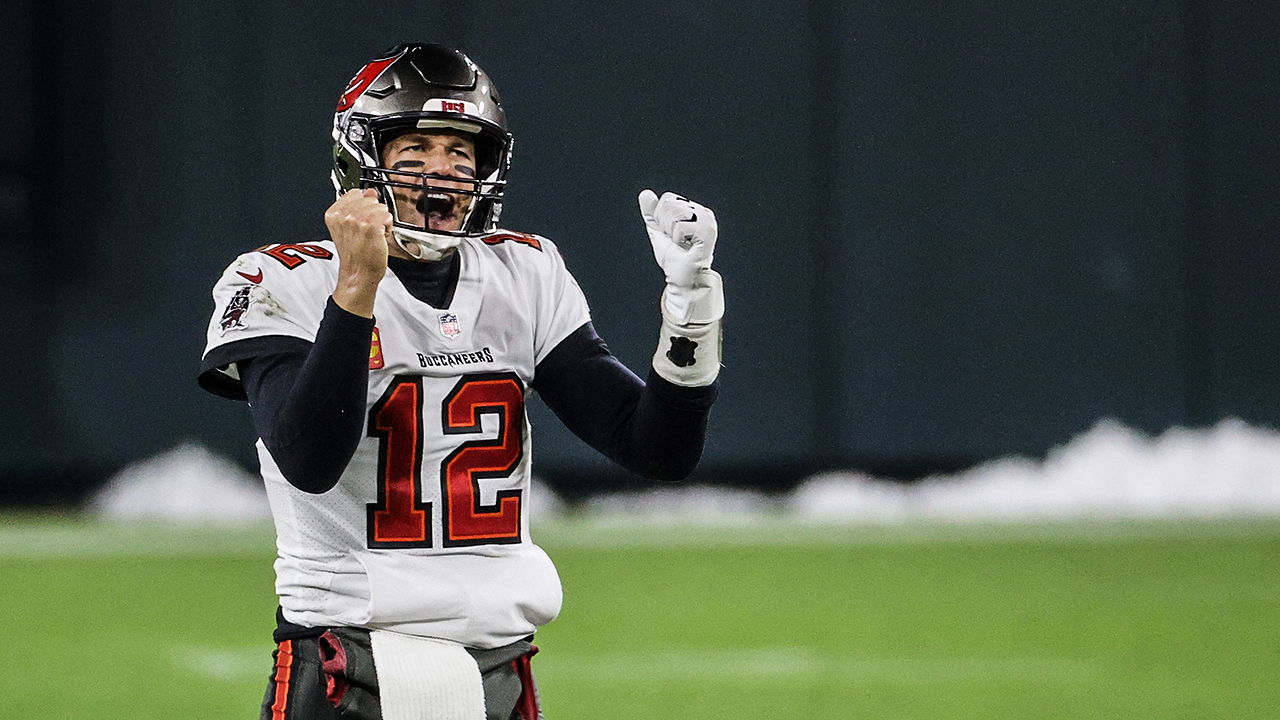 What We're Hearing: Sunday night update on Tennessee's coaching search The latest on Tennessee's football coaching search.
6 MINS AGO • 247SPORTS.COM
Bounces back against Bucks Collins registered 30 points (12-19 FG, 6-9 3Pt), seven rebounds and three assists across 37 minutes in Sunday's loss against the Bucks.
Impact Collins was coming off a season-worst four-point game against the Timberwolves on Friday, but he followed it up with his third game with at least 30 points -- two of those have come over his last three appearances. Collins continues to start despite the fact he is likely to leave the franchise at the end of the season, and while his production has been inconsistent, he's clearly capable of lighting it up on any given night. The fact that he has scored in double digits in all but two games should give fantasy managers a sense of calm, but Collins' numbers might take a hit when Trae Young returns from the back injury that sidelined him Sunday.
9 MINS AGO • ROTOWIRE
Fox Sports™ and © 2021 Fox Media LLC and Fox Sports Interactive Media, LLC. All rights reserved. Use of this website (including any and all parts and components) constitutes your acceptance of these Terms of Use and Updated Privacy Policy. Advertising Choices. Do Not Sell my Personal Info