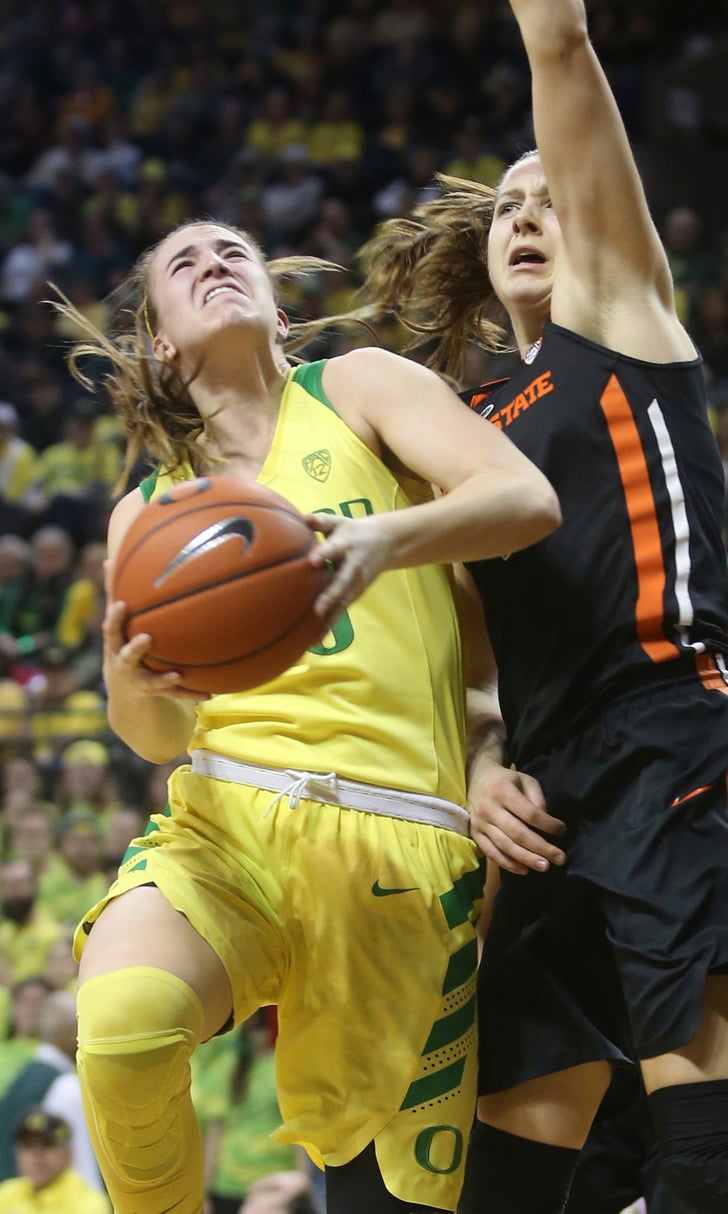 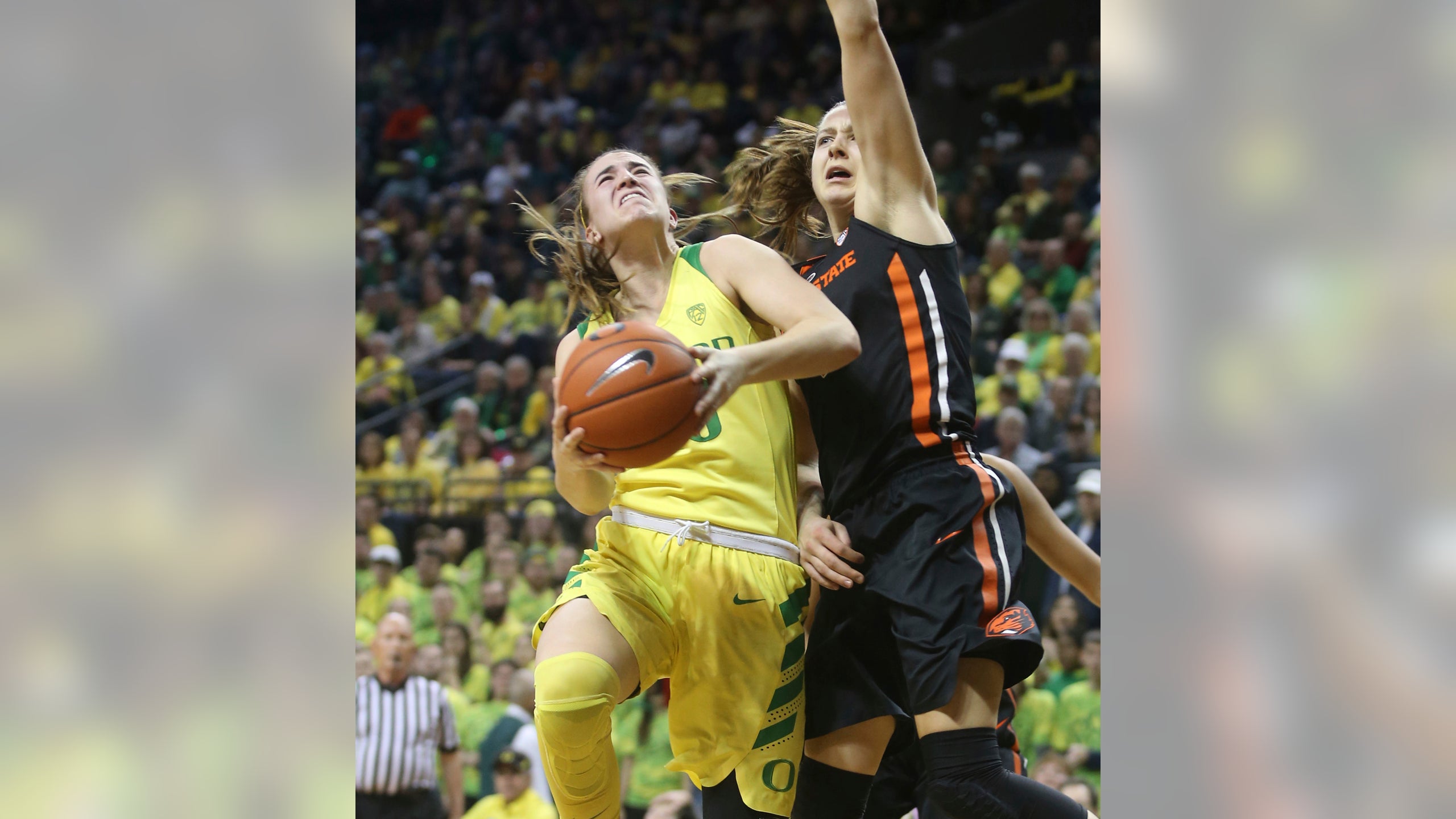 Ruthy Hebard added 21 points and 11 rebounds for the Ducks (24-1, 13-0 Pac-12), who have the longest active winning streak in the nation. Oregon improved to 6-0 against ranked teams this season.

The in-state Civil War rivalry continues on Monday when the two teams meet in Corvallis.

The score was tied at 56 heading into the fourth quarter and St. John's was down 67-66 midway through the quarter when Jasmine Sina's 3-pointer from the corner in front of the Red Storm bench started a 9-1 run. The Red Storm pushed the lead to 75-68 on England's layup with 2:17 left. Marquette could get no closer than five the rest of the way.

Erika Davenport had 24 points and 13 rebounds to lead Marquette.

The Cardinal came into the game with three losses in their last five games — including a 40-point defeat to No. 3 Oregon last Sunday — but were able to bounce back with a win on the road. They nearly squandered a 16-point halftime lead before putting the game away in the fourth quarter.

UCLA got to 44-42 on a Michaela Onyenwere layup when Stanford scored 10 straight to put it out of reach. Kiana Williams, who scored 15 points, scored the first five points during the run.

Reili Richardson's 3-pointer with 4:53 left in the third quarter put the Sun Devils up by 12 and the lead remained in double figures, reaching 19 late in the period before the Buffaloes cut it to 15 entering the fourth. An 11-0 run gave ASU its largest lead of 22 with 2:28 remaining.

Alexis Robinson scored 13 points for Colorado, which was coming off its lone conference victory over USC after losing its previous 11 games.