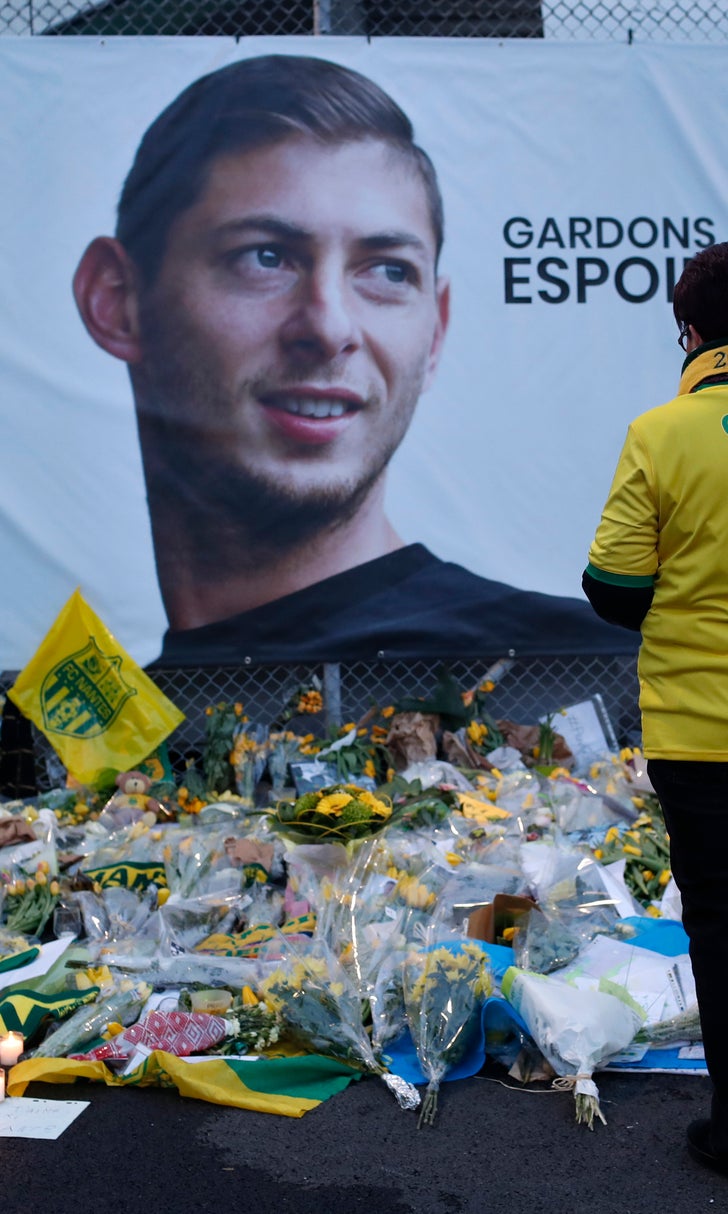 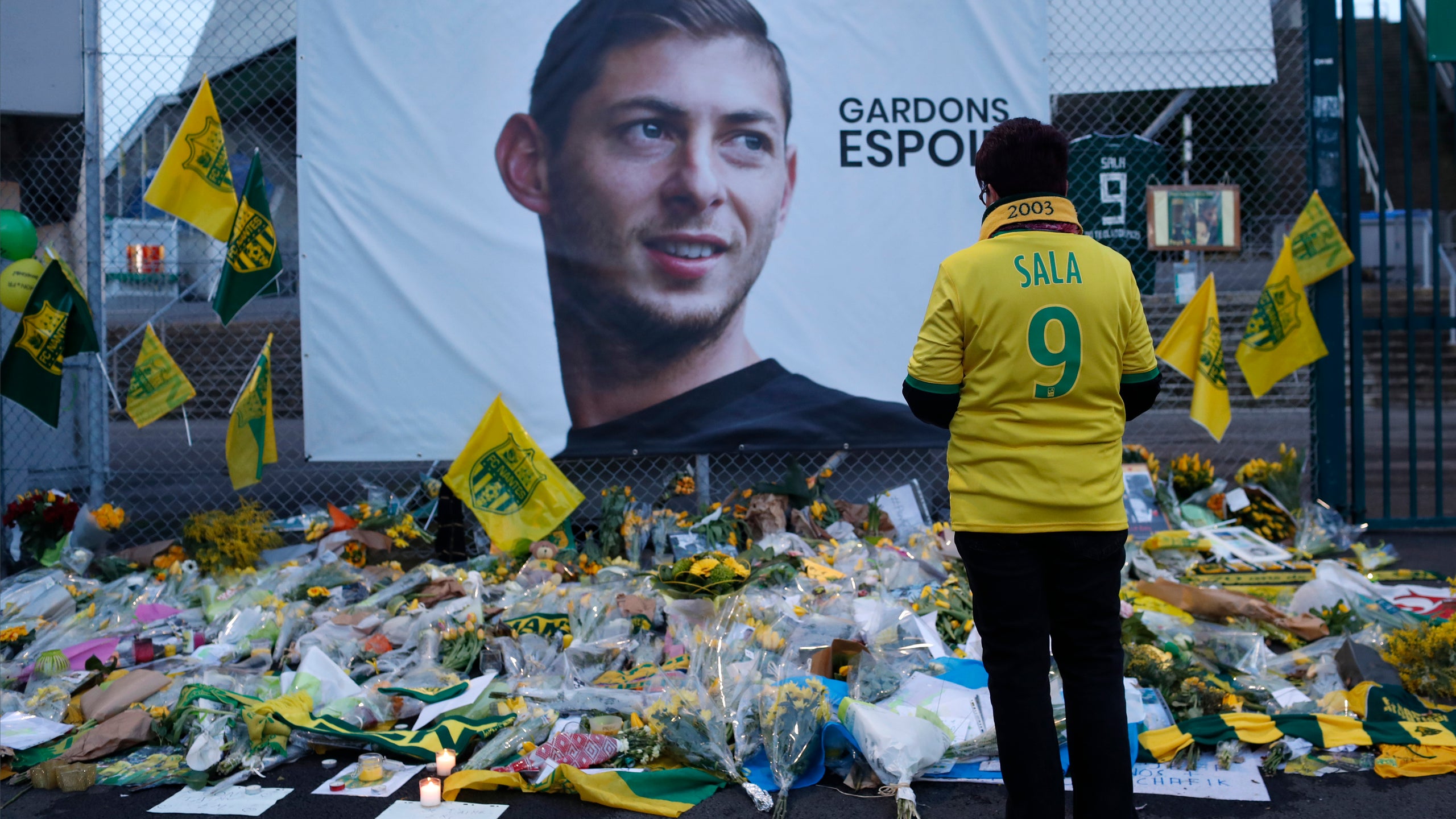 PARIS (AP) — Emiliano Sala waited near the penalty spot, anticipating the ball's trajectory. When it finally came, he lurched forward and sent a powerful header into the bottom corner of the net.

It was the last goal Sala would ever score.

The Argentine forward, who scored that goal for Nantes on Dec. 5 in a 3-2 win over Marseille, was killed in a plane crash in the English Channel last month and his body was recovered from the seabed wreckage this week.

Sala had been flying from Nantes to Cardiff, where he had been planning to start a new career in the English Premier League. He was 28 years old, the prime age in soccer for a striker.

"Emiliano will always be among the legends who have written the great history of Nantes," the French club said Friday. "We have lost a friend, a talented player, an exemplary teammate."

The fans there greatly appreciated what Sala did for their team.

After scoring that last goal, his 12th of the season, Sala sprinted toward the cheering Nantes fans that formed a mass of yellow shirts and scarves behind the goal. He leaped over the advertising hoardings with ease and stood with his chest proudly puffed out as the fans surged forward with open arms.

A few fans even rushed from the stands to hug him, and the man wearing the No. 9 shirt received them warmly.

In honor of Sala, Nantes will retire the No. 9 jersey, and a minute's applause for him will be held at stadiums in France this weekend. Nantes will next play Nimes at home on Sunday.

Tall, strong, and good at heading, Sala had the attributes to succeed in the physically demanding Premier League.

He was also a man of loyalty, and the very reason he went back to France was to say goodbye to his teammates. Many of them were his friends.

His heart, as big as it was, also told him to say thank you to Nantes coach Vahid Halilhodzic.

Although their stint together was brief, lasting half a season, the mutual respect quickly grew. As a hard-working and combative center forward himself during a successful era for Nantes during the early 1980s, Halilhodzic appreciated Sala's work ethic, team work and sheer determination.

"Even when I replaced him near the end of games he never said a word," said Halilhodzic, who scored more than 100 goals for Nantes and won the league title in 1983. "He trusted me. We had deep discussions and strong relations between us."

While Sala's goal against Marseille showed his prowess as a center forward — and prompted Cardiff to pay a club-record 17 million euros ($19.3 million) to sign him — what he did next in that match really typified him.

After Marseille regained the lead at 2-1, Nantes equalized on the stroke of halftime — and Sala was at the heart of it. A high ball was lofted hopefully into the penalty area by defender Nicolas Pallois, who is now grieving his friend.

Sala had a defender on his back yet took the ball down expertly with his right foot, showing a surprisingly velvet touch for a tall player. Then, two more defenders came across as he cushioned the ball with his left foot, still holding them off with his back to goal. Sala momentarily lost control of the ball, which was unacceptable to someone with his fighting spirit. So he slid and stretched to reach it with his right foot and hooked it to teammate Abdoulaye Toure , who curled it in from the edge of the box.

It was Sala's last assist, and a perfect one in the sense of defining him as a player: Strong, tenacious, dexterous, clever and, perhaps more than anything, unselfish.

Nantes fans will do much to remember him this weekend, as they did recently when they chanted his name for 90 minutes during a home match against Saint-Etienne. The referee halted the match after nine minutes so the crowd could applaud him. Sala was still presumed missing then, so fans and family clung to a glimmer of hope.

That has gone, but Sala's name and number will be around forever.