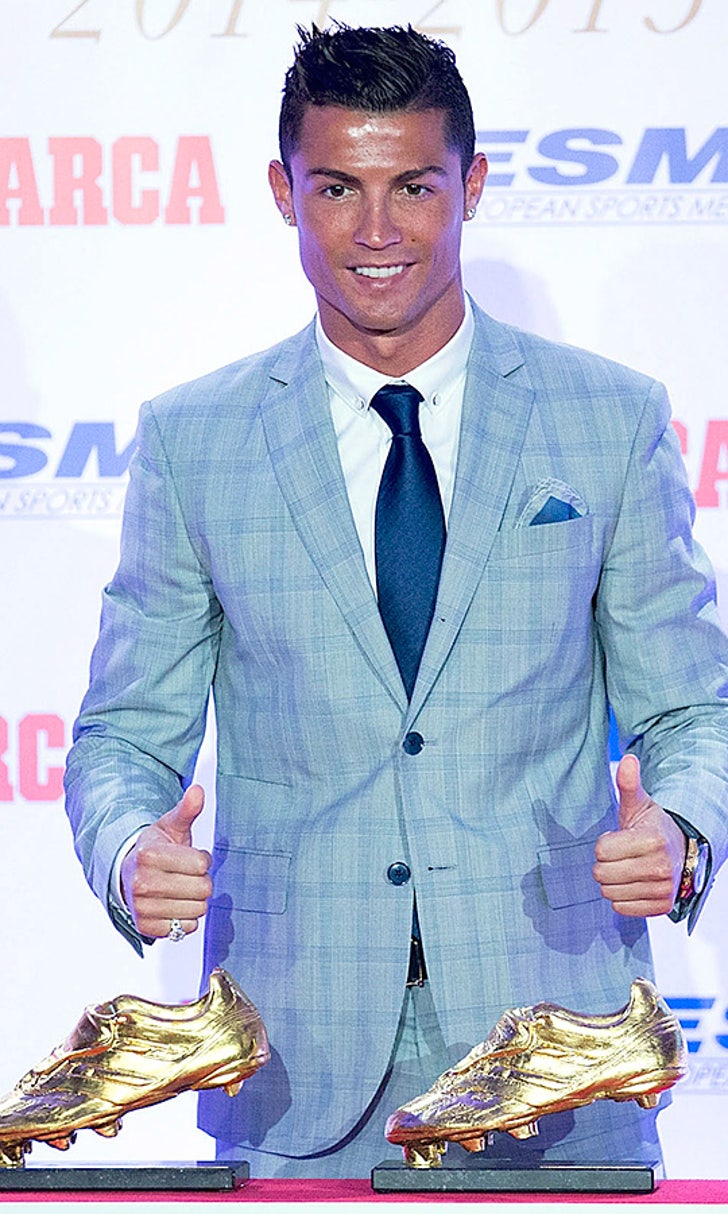 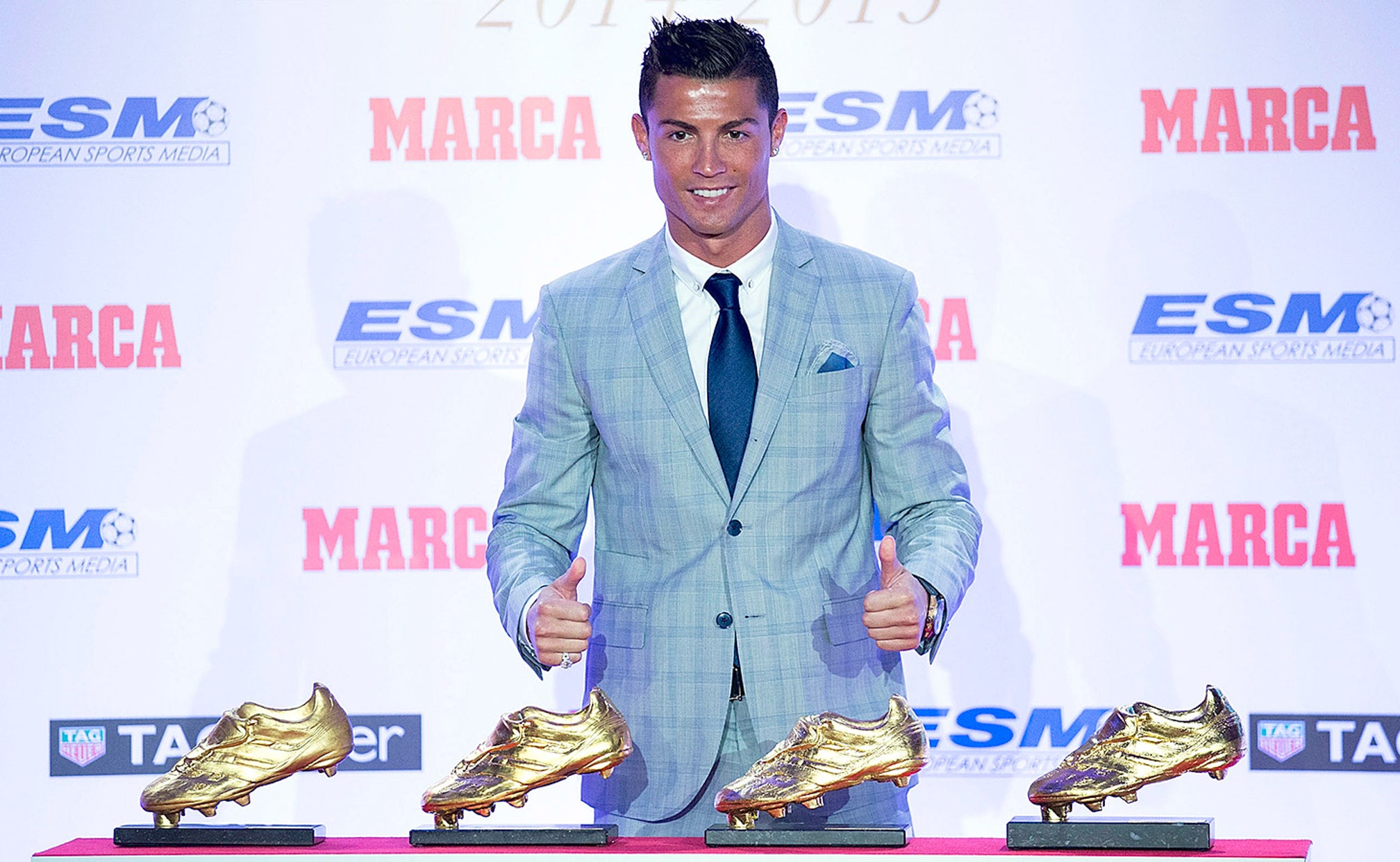 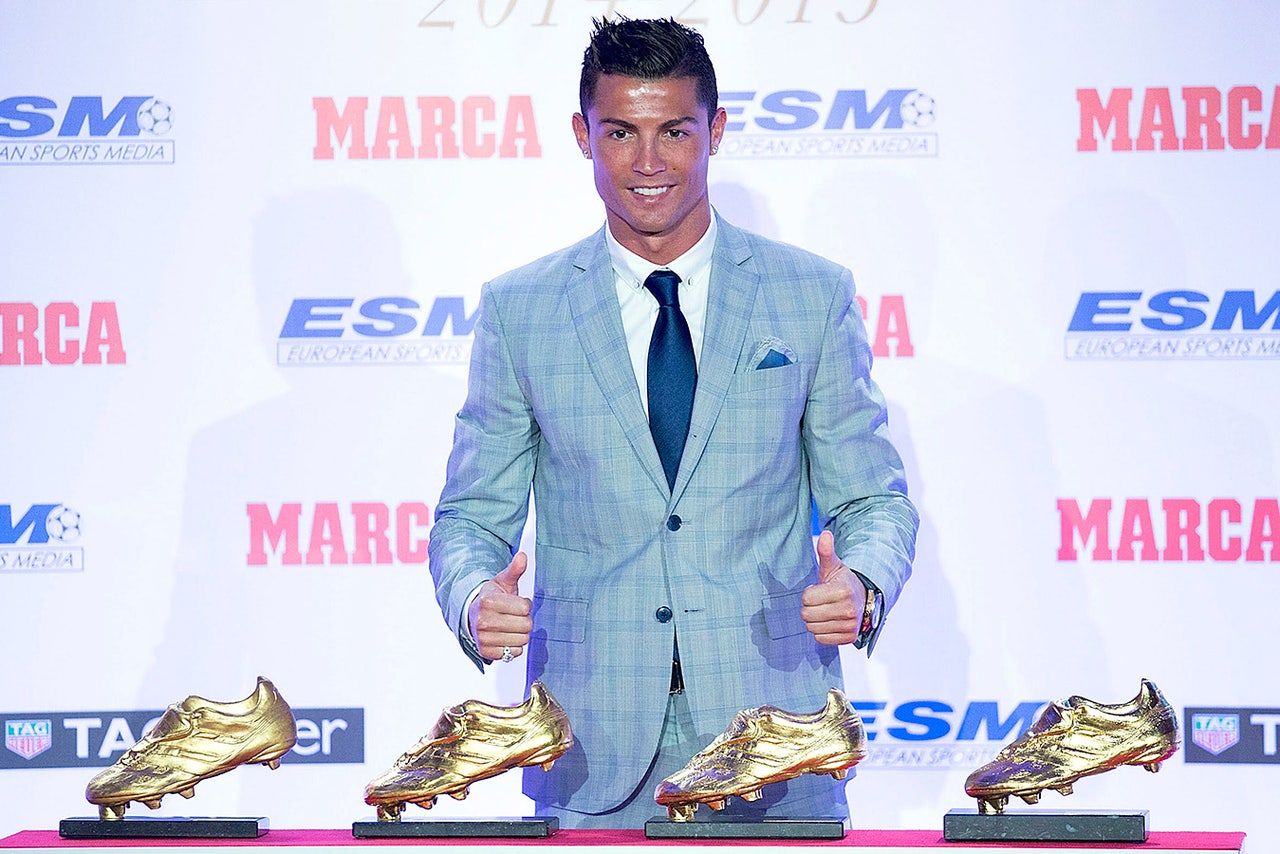 The 30-year-old forward collected the prize given by newspaper Marca after finishing as the top scorer in Europe's top leagues in the 2014-15 campaign.

"When a player wins one of these trophies, it is a big achievement," Benitez said on Real Madrid's official website.

"But to win four at this level means that behind it all is a professional, a lot of hard work, perseverance, an eagerness to succeed and, as he has said so himself, other people helping out."

Ronaldo, the only player to have received the award four times, first won the Golden Shoe after a sensational 2007-08 campaign as a Manchester United player.

Last season, he beat his own previous record of 46 goals that he had set in the 2010-11 campaign.

"These numbers, figures and trophy wins are extremely difficult to achieve and they show that he is a very persistent player who possesses that inner drive to better himself which sets him apart," Benitez said.

"Whenever you have a player who scores so many goals, the team is going to win more games.

"He spoke clearly and thanked his team-mates. He's aware of how big a role they play for him and all the success he is enjoying."

Ronaldo, in his seventh season with Real, earlier this month became his club's all-time top scorer.

He has 324 goals, one more than former Real captain Raul.

"Obviously we're talking about a player with a lot of talent and quality, and to surpass Raul as the club's all-time top goalscorer says it all.

"We're talking about a player who is not only smashing records, but who is still hungry for more, full of ambition and capable of improving on his figures even further."

Ronaldo, meanwhile, is hungry for more.

"It's a special moment in my sporting life," he told Real Madrid TV.

"I had never even considered winning it four times. Maybe once or twice, but never four. Being the first in history to do so makes me feel all the more proud.

"I'm at the biggest club in the world and for that reason, we have to set our sights on winning every trophy possible."

"I can guarantee that I'll give my all for this shirt and will try to win more team and individual trophies to give the fans lots to shout about," Ronaldo said.

"This is going to be a really good year for us, both collectively and individually."

Real are unbeaten in La Liga and second in the standings, one point adrift of league leaders Villarreal after seven games.