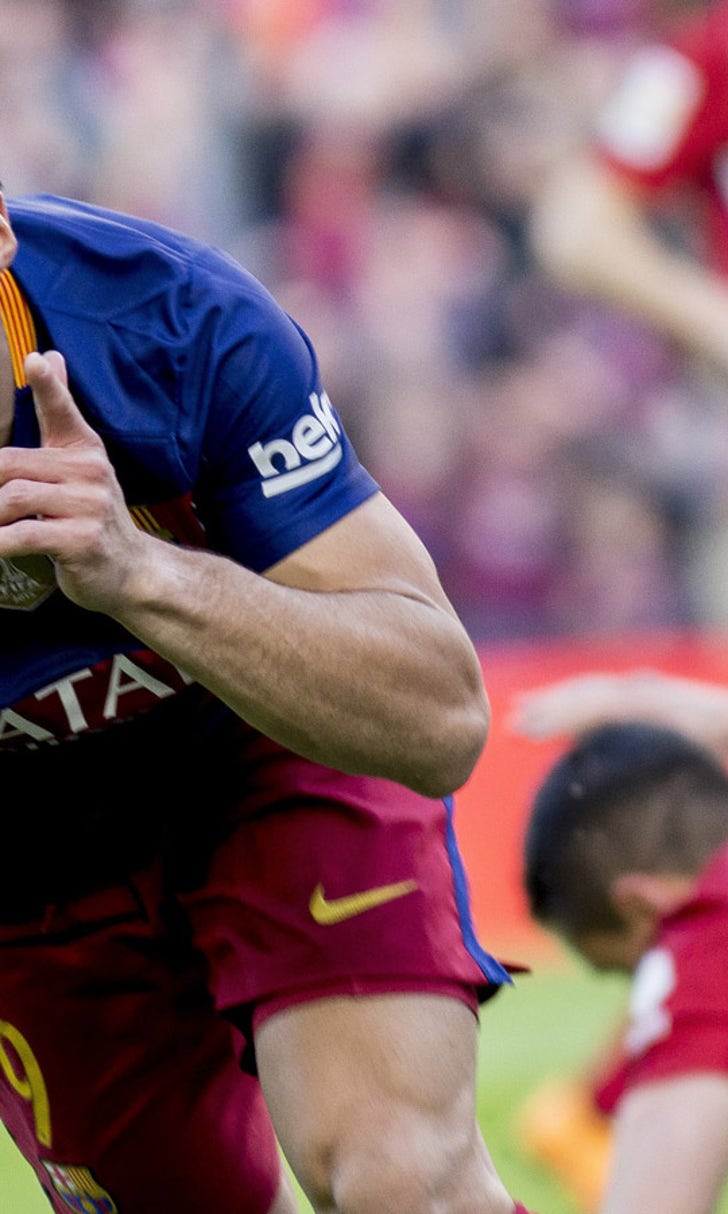 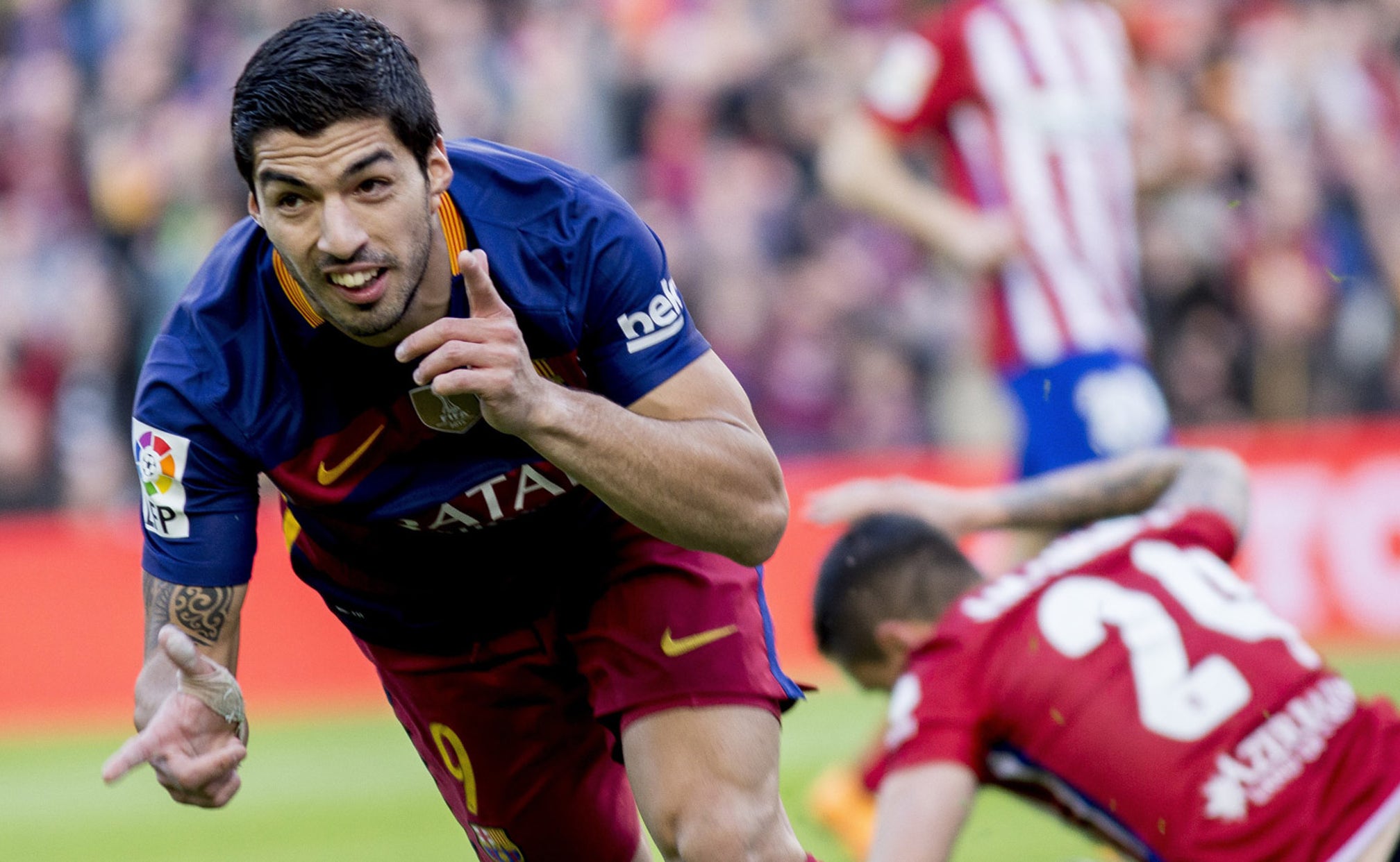 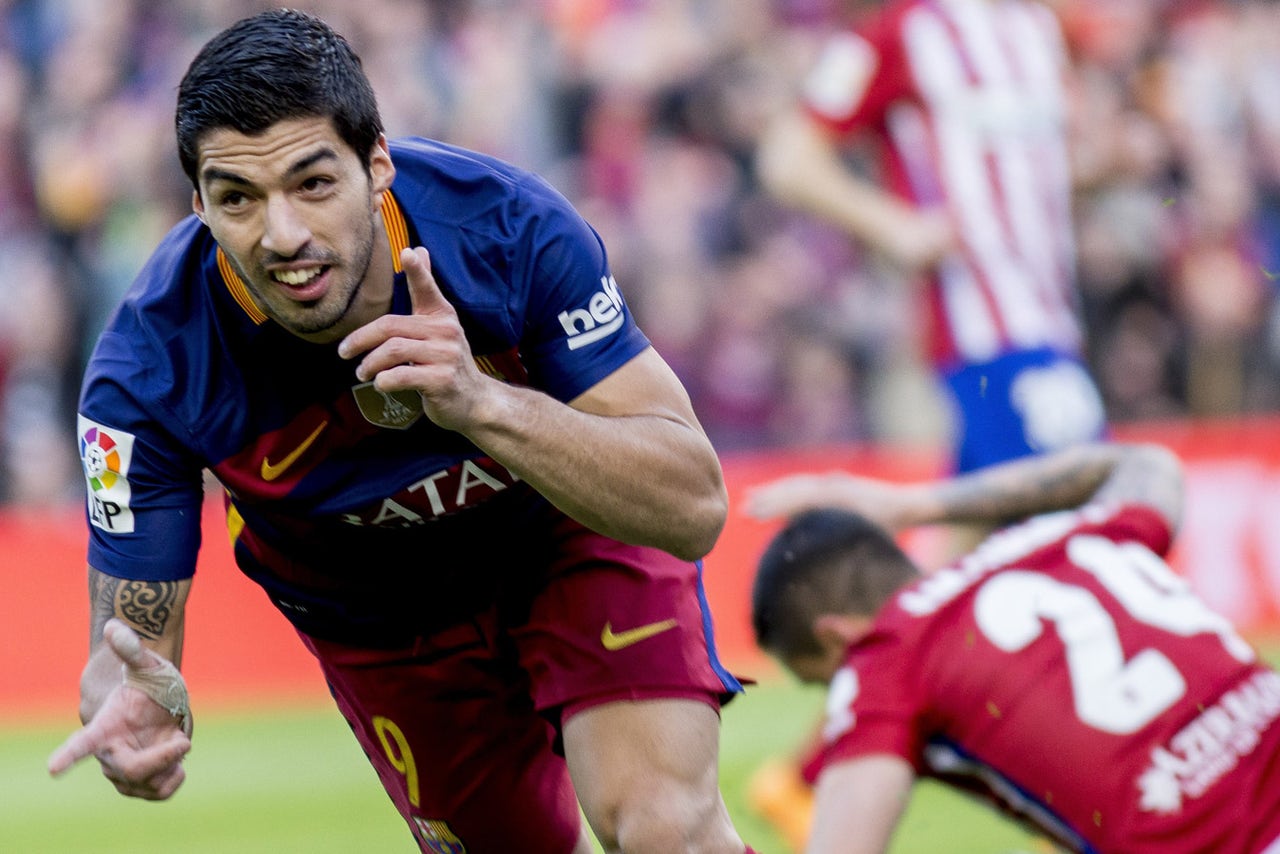 Atletico Madrid threw away a fine start and an early goal lead with an undisciplined performance which allowed Barcelona to take charge of the La Liga race Saturday afternoon in the Camp Nou.

Lionel Messi and Luis Suarez scored fine first half goals to create the platform for a 2-1 Barcelona victory against a team that finished with nine men in the top-of-the-table showdown.

Koke had given Atletico the lead and the visitors went toe-to-toe for long stretches and did not concede a goal when playing short-handed, but they were unable to get back even without a full complement on the field.

Barcelona stretched its unbeaten to 26 games with a performance that was far from vintage, but had the classic goals from its stars to make the difference.

Luis Enrique had downplayed the importance of the match before kickoff, telling the media it was far too early in the season to consider the game a possible title-decider, but the victory meant that his team moved three points clear of Atletico at the top as well as taking the head-to-head season series from their rivals.

Barcelona are seven points up on third-place Real Madrid. They also have a match in hand, against relegation-threatened Sporting Gijon.

That may not be a title-winning position on the last day of January, but you can be sure that neither Atletico boss Diego Simeone or Real's Zinedine Zidane will have any illusions about the difficult task their teams face to make up their arrears.

The game was balanced on the edge right from the start, Atletico starting fast, then Barcelona clawing its way back despite being given a major challenge to set the tone in midfield. It took a couple of spectacular first half goals to put the Catalans on the right road before the ejection of Filipe Luis.

Atletico actually managed some serious attacking pressure with 10 men, but when Diego Godin sent Suarez flying in the 67th minute and also was sent off, the 9-man visitors were left with no real options. Diego Simeone did not contest the decisions by the referee nor did he blame his players.

"I have nothing to reproach Godin or Luis Filipe for. It is not easy to maintain that intensity. We made it to 25 minutes and we had good possession and did not suffer vertigo. But Barca started to get into the game, had two chances and scored two goals as they are a very good team."

Barcelona had control over the closing stages, but never could add to its margin despite plenty of possession.

Koke's 10th minute finish was letter perfect after outstanding approach work on the right by Saul and Griezmann's vital run down the center of the box. The opening goal was coming right from the start as Atletico came out of the gate at full speed and forced Barcelona into a defensive posture.

Saul got free down the right, carried all the way to the byeline, then clipped the ball back across the face of goal. Griezmann drew a defender as he tried to reach the cross -- perhaps even getting a slight touch -- that found Koke in space at the top left. Koke buried his shot the right of Bravo, who no chance to save.

Barcelona climbed slowly into the contest and their equalizer on the half-hour was equally beautiful,almost a carbon copy of the Koke strike, only this time Messi had to step around sliding defenders for his fine finish.

Javier Mascherano started it when he sent Neymar down the inside left channel. The Brazilian spotted Jordi Alba making room wider left and got him the ball for a quick cut-back pass to Messi. The Balon d'Or winner used his speed and timing to make the space available, then first-timed the ball into the left corner with Oblak helpless.

Suarez' go-ahead goal may have been even better, the Uruguayan running down a letter-perfect pass from Dani Alves after he split defenders and remained onside. Despite the pressure of Jose Maria Gimenez, Suarez maintained possession at speed, then hammered the ball through Oblak's legs to put the Blaugrana on top.

The ejection meant that the second half began with Atletico having to send on Jesus Gamez for the absent Filipe Luis which meant that the influential Gabi was taken off in Simeone's 10-man formation.

With Antoine Griezmann left as a lone front-runner Atletico did more than concentrate on defense and hope for a counter. They almost got even when Griezmann met a cross from the right and forced Bravo to make a brilliant leg save in the 57th minute and had a good spell of pressure around the hour mark.

Atleti's task became impossible in the 67th minute when Godin went flying into his national team mate Suarez and became the second visitor to get his marching orders. It was his second yellow of the match, the first also picked up for an ill-judged foul on his countryman. Simeone's team suffered a further blow in the 75th minute when Augusto Fernandez had to be carted off injured to further deplete the Atletico midfield.