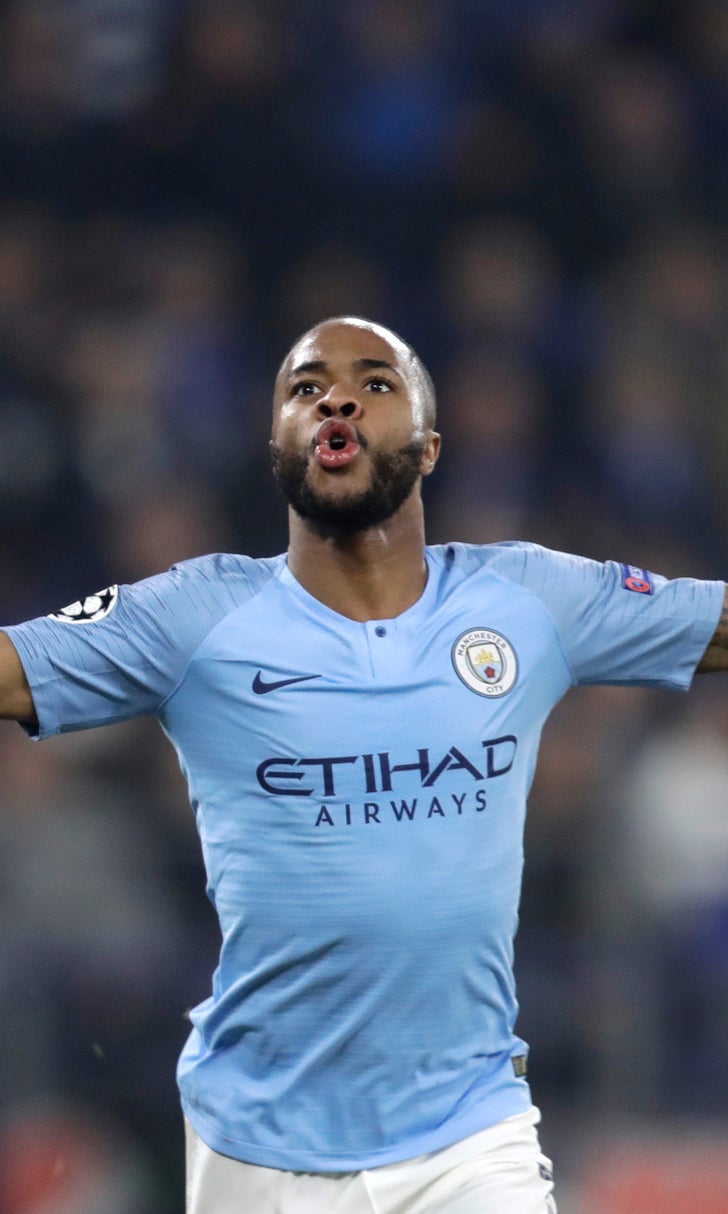 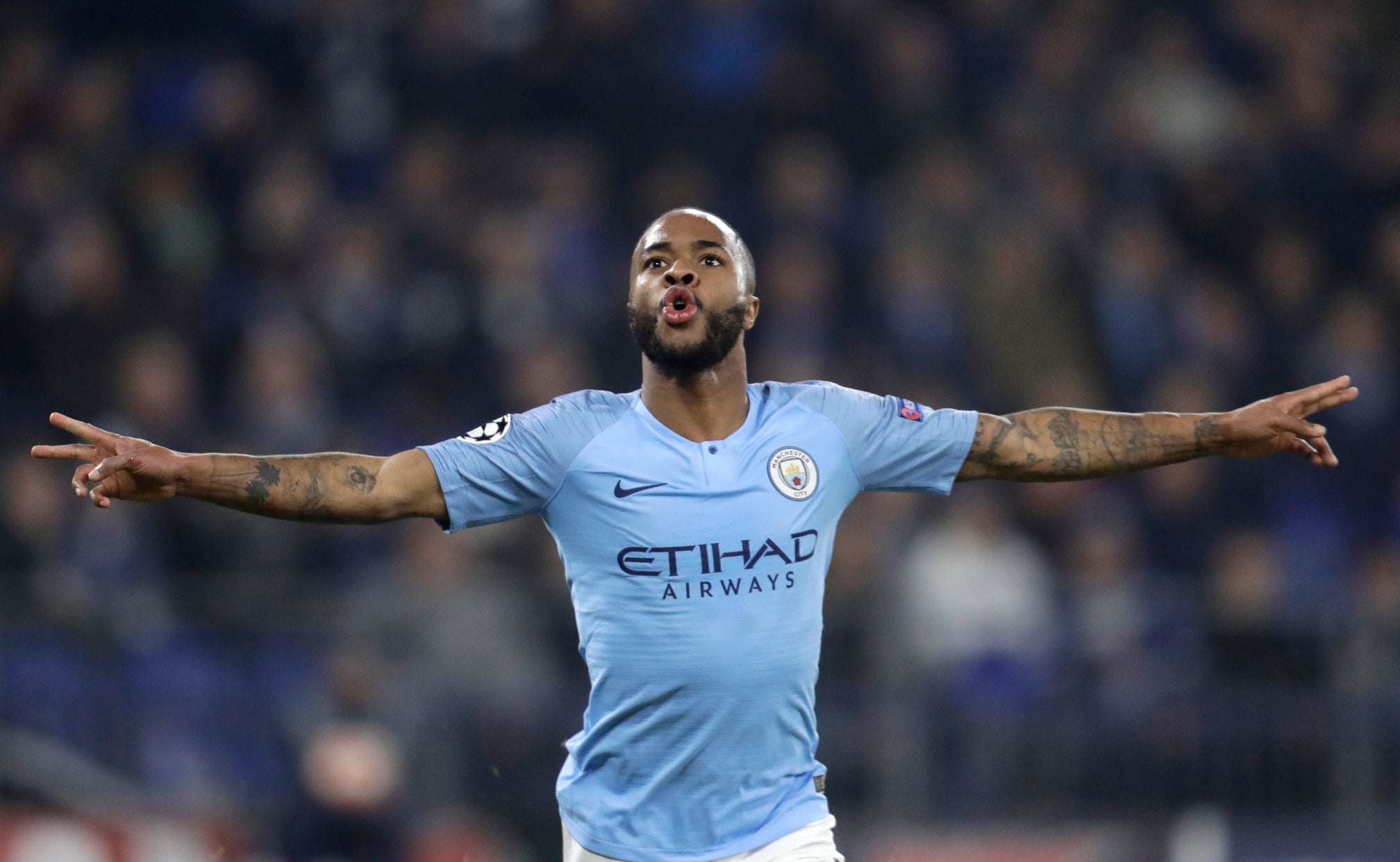 GELSENKIRCHEN, Germany (AP) — Mobbed by his Manchester City teammates after scoring a sublime free kick, Leroy Sane held out his left hand in apology to the Schalke fans who once adored him but were now stunned into silence.

Sane's 85th-minute goal against his former club gave the English champions an equalizer just when it looked like they had run out of ideas in the Champions League on Wednesday.

And there was worse to come for the German team.

Raheem Sterling latched onto a pinpoint long ball forward from goalkeeper Ederson Moraes and calmly finished into the bottom corner in the 90th to earn 10-man City a 3-2 win in the first leg of its last-16 match in Gelsenkirchen.

A place in the quarterfinals, for the third time in four years, looks likely for a team that has yet to lift the biggest prize in European soccer despite spending vast amounts under its Abu Dhabi ownership over the past decade.

And its quest for the quadruple is still on.

City is top of the Premier League, plays in the final of the English League Cup on Sunday, and is into the quarterfinals of the FA Cup.

The Champions League will be the hardest to win. But with game-changers like Sane coming off the bench to such great effect, City has the talent to do it.

"You can see the will is a lot — we never give up, we always want to keep fighting," said Sane, who was "a little bit sad" to damage Schalke's chances in the competition.

Sane started his professional career at the club in Gelsenkirchen before moving to City in 2016.

City's late exploits took away some of the focus on the video assistant referee, which is being used for the first time in the Champions League this season from the last-16 stage and helped Schalke overturn the visitors' early lead.

Trailing to Sergio Aguero's 19th-minute goal, Schalke was awarded the first of two penalties converted by Nabil Bentaleb in the final seven minutes of the first half when Nicolas Otamendi was adjudged to have handled a shot from Daniel Caligiuri. The Argentina defender attempted to withdraw his right arm as a powerful shot flew toward him but the ball struck him near the shoulder.

After a delay of nearly four minutes — the referee wasn't helped by the pitchside monitor reportedly not working — the referee overturned his initial decision to award a corner and Bentaleb sent Ederson the wrong way from the spot to make it 1-1.

The midfielder scored again in the 45th and this time the penalty decision was more straightforward. Fernandinho, playing as a makeshift center back with John Stones injured, tugged back Salif Sane at a free kick after losing track of the Schalke defender.

Otamendi was handed a second yellow card in the 68th for a foul on substitute Guido Burgstaller but City still managed to recover in Gelsenkirchen.

"We gave them two penalties, we gave them a red card and in this competition that is not too good," City manager Pep Guardiola said. "We are still not ready to fight for the later stages, but the result is good."

Asked if the decisions to award the penalties were correct, Guardiola added: "I think so, they are two penalties. I trust VAR. I have arguments sometimes but not this time."

Sane entered as a 78th-minute substitute for Aguero and had an almost instant impact after taking over set-piece duties from Kevin De Bruyne. From a central position, Sane had a straight run-up to the ball and managed to generate such dip on the free kick that it went up and over the defensive wall before going into the net off the post.

While Sane refused to celebrate out of respect for Schalke, the rest of City's players certainly did.

"Schalke did really well, the way they defended made it difficult," the Germany winger said. "(But) at the end, we did it."

The second leg in is three weeks' time. On the same night, Cristiano Ronaldo's Juventus will look to overturn a 2-0 deficit to Atletico Madrid after late goals by Jose Maria Gimenez and Diego Godin in the Spanish capital on Wednesday.