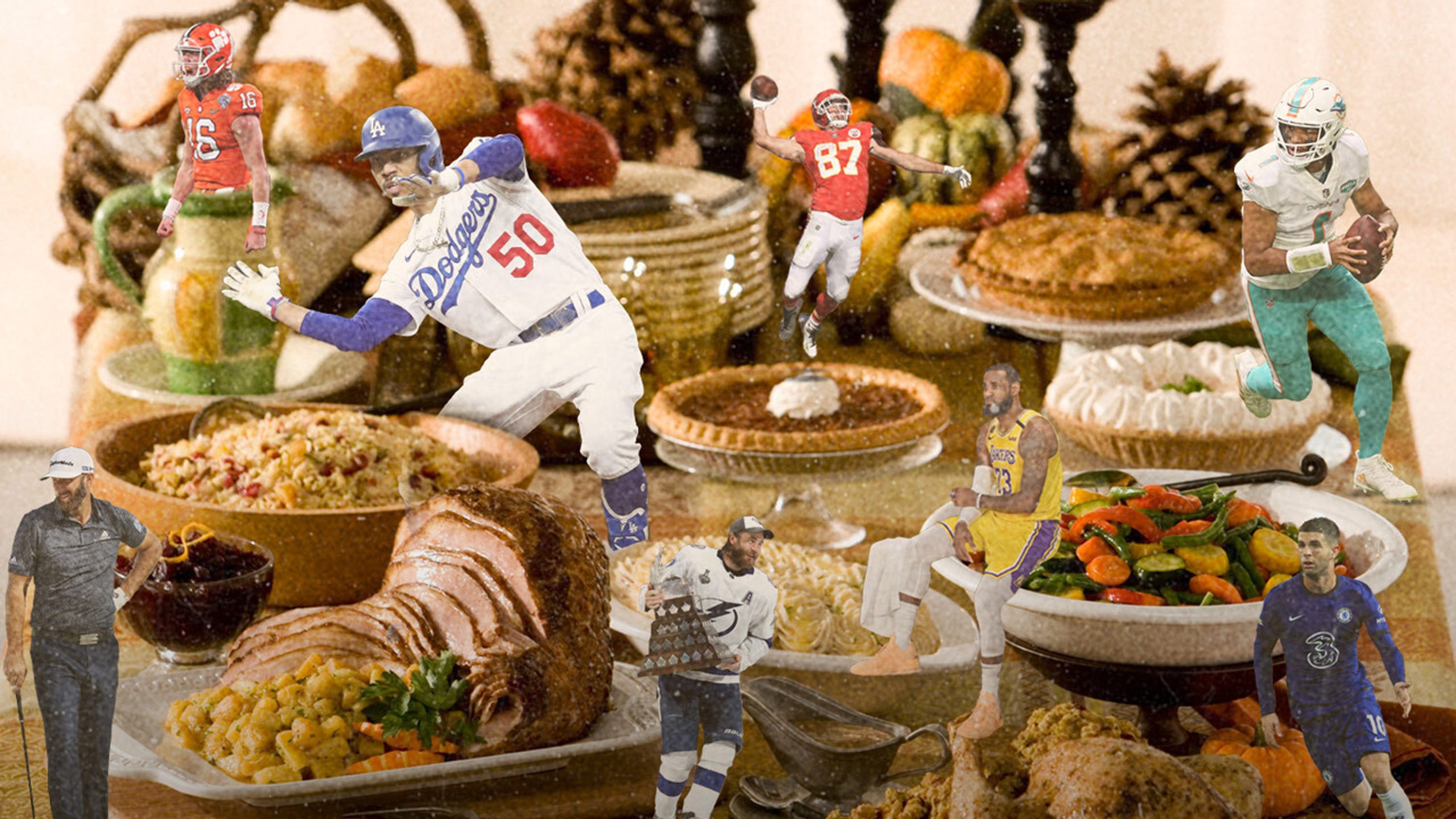 previous story
Tough To Go Against The Tide
next story
No. 1 Gonzaga Sets The Tone Vs. Kansas
National Basketball Association

An interesting week, this, isn’t it? Thanksgiving – the time when we gather to give thanks – meets 2020, a year more thanklessly disruptive than any that most of us can remember.

The tumultuous events of these past months have affected everyone in some way and each of us to differing degrees. Amid it all, sports went through the cycle: pausing, existing, resuming, adapting, surviving, persisting.

Sports shutting down and ultimately getting going again in a reworked, reschemed, very-2020 kind of way was not the biggest story of the year and certainly not the most important.

Not when real-life tragedies such as job loss and hardship and illness, and yes, all that terrible death that adds up to an unfathomable number have become the new, enforced, transplanted normal.

Yet sports has been part of the journey, in all kinds of different ways. Through it all, the games we care for, even when they were absent, served as a chronicler of these times and of our moods.

It captured the weird moments of the early pandemic, back when the sudden closing of the NBA, MLB and European soccer seasons had us briefly flirting with watching marble racing, Taiwanese baseball and Russian table tennis.

Sports have generally acted with strong responsibility – it took just a single positive test (Rudy Gobert) for the NBA to suspend its entire season on March 11.

And over the past several months, athletics has been a mirror for our human resiliency. Once, we couldn’t imagine watching a game on television that didn’t have the atmosphere provided by the presence of fans. That seems like the most trivial of concerns now.

We never truly got used to the barren days, a reminder that sports and its permanence is part of how we mark the weeks, months and seasons.

But we soon became accustomed to the fact that the tragedy wasn’t that athletes couldn’t play or that fans were unable to watch, but that something so bad had happened to cause such a shutdown.

Yet by May 17, NASCAR was up and racing, the UFC had set up Fight Island in the Middle East and though March Madness and Wimbledon tennis and much more was lost, the big leagues worked tirelessly to resume.

When they did, it was long-awaited, much appreciated, and quite frenetic. A fall flurry saw occasions when every major American pro sport played on the same day, with three of them, the NBA, NHL and MLB, going through the postseason simultaneously.

Maybe it was a coincidence, but excellence stood tall in the respective bubbles. The Lakers, powered by LeBron James and Anthony Davis and leading the Western Conference when the season stopped, tore through the playoffs.

The Dodgers went a league-best 43-17 before exorcising their modern demons, while the Tampa Bay Lightning were simply too good, too often, for anyone to contend with. When the Masters was shifted to November, the winner was Dustin Johnson, the world No. 1.

It doesn’t feel strange to be watching sports anymore and there is no shame if, among the things you’re grateful for this year, is the ability to once again be able to yell at the screen and play fantasy and spend half the weekend devouring games on the couch.

It has not been an easy year to find optimism, but sports has always been a place where such sentiment lives. There is always a chance to win, a reason to persevere and usually, another chance to get it right when things don’t work out.

That, in a 2020 that has brought little celebration, is cause for one.

For more from Martin Rogers, subscribe to the FOX Sports Insider newsletter. The biggest stories in the world of sports, the best from around the internet, and much more – right in your inbox every weekday. Sign up here.

Remembering Kobe: A Special Bond
Few were closer to Kobe Bryant than Brian Shaw, who looks back daily at their relationship – not in grief, but with joy.
24 mins ago

Sizing Up Zion
A healthy Zion Williamson has been a sight to behold. But his individual success hasn't always equaled wins in the Big Easy.
3 days ago
those were the latest stories
Want to see more?
View All Stories
Fox Sports™ and © 2021 Fox Media LLC and Fox Sports Interactive Media, LLC. All rights reserved. Use of this website (including any and all parts and components) constitutes your acceptance of these Terms of Use and Updated Privacy Policy. Advertising Choices. Do Not Sell my Personal Info