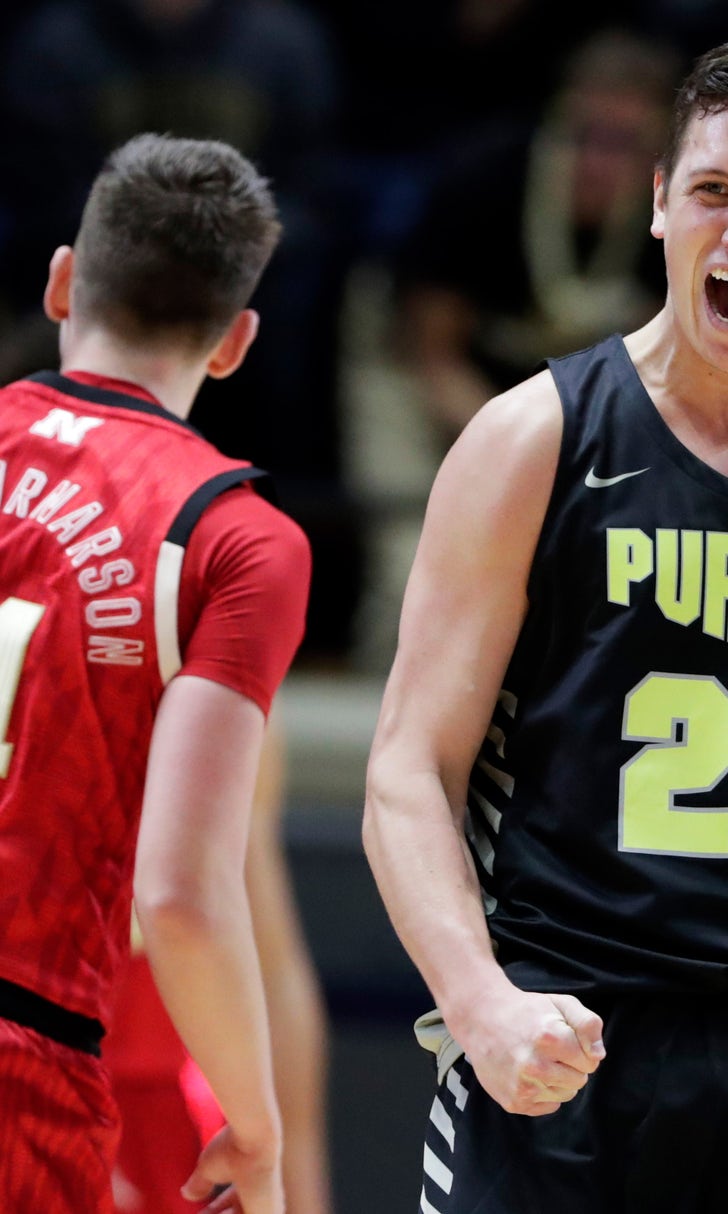 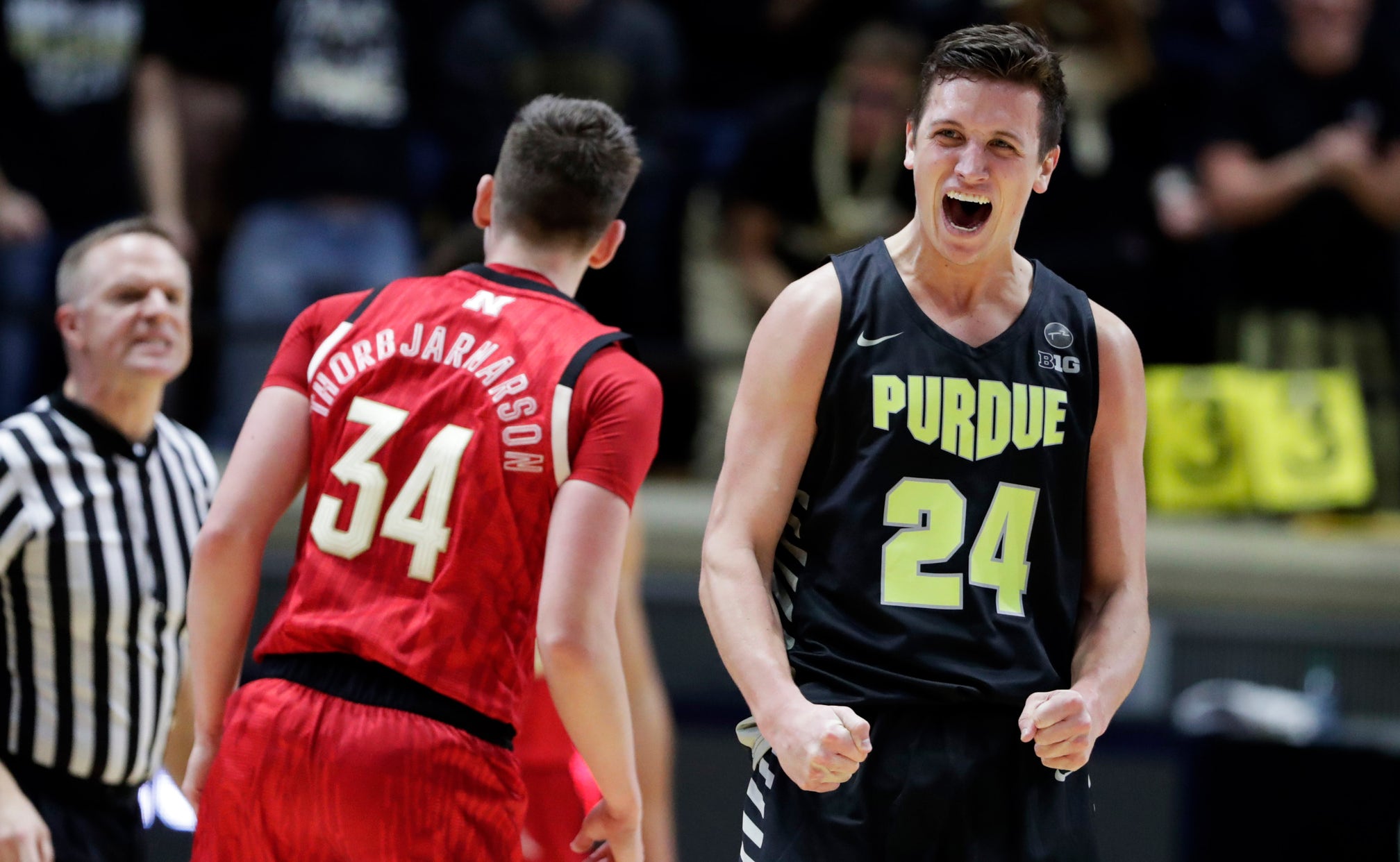 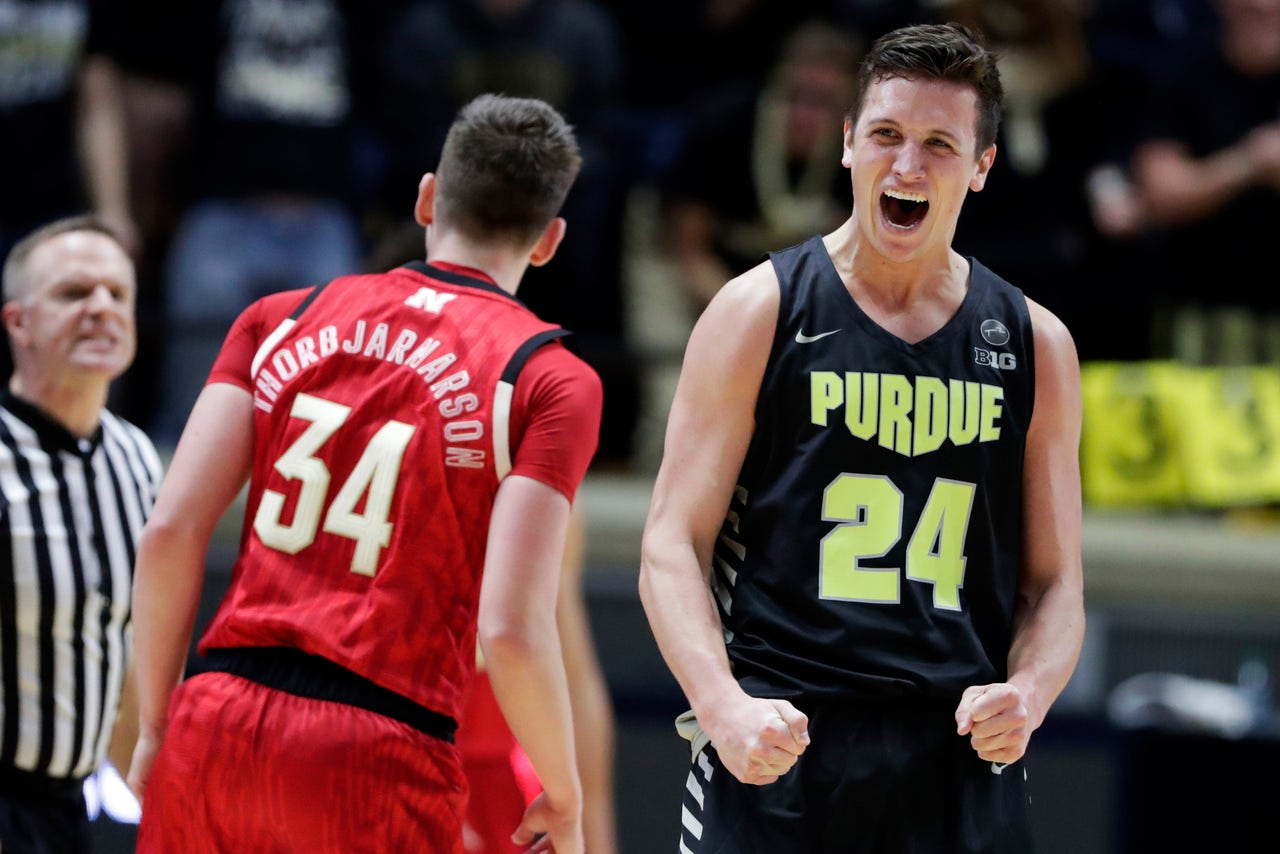 And once the senior forward got started, the Boilermakers took off.

Eifert scored 16 points and had four steals, both career highs, and grabbed five offensive rebounds to help Purdue overcome a sluggish start and pull away for an 81-62 victory over Nebraska.

"We talked at halftime about getting more offensive rebounds and more open looks for our guys," he said. "We were trying to play through it with hustle and energy."

Nobody did it better than Eifert, the younger brother of NFL tight end Tyler Eifert and one of the most underrated players on Purdue's roster.

Things started to change when Eifert hit the deck to make a steal then flipped an outlet pass to Eastern for a breakaway basket. On the Boilermakers' next possession, Eifert's second 3-pointer of the game closed out the decisive 8-0 run and when Ryan Cline followed with another 3, the Boilermakers had a turned a 39-35 cushion into a 50-38 runaway.

Painter wasn't the only one raving.

In the waning minutes, fans chanted M-V-P, M-V-P as Eifert celebrated his 100th career win, and Cornhuskers coach Tim Miles joined the chorus after the Boilermakers (17-6, 10-2) won their eighth straight.

"I thought the guy who hurt us tonight was Grady Eifert and I know that's hard to say when Carsen Edwards has 27," he said.

But Nebraska did play better.

With the Boilermakers off to a lackluster start, the Cornhuskers took a 25-21 lead on Palmer's 3 with 7 minutes left in the first half.

That's when Eifert & Co. cranked up the defensive intensity. Purdue allowed just one basket the rest of the half, used an 8-3 run to take a 33-31 halftime and then relied on the momentum and Eifert's impact to take control early in the second half.

"You have to have a competitiveness to you and I thought Grady really brought tonight," Painter said. "We did a better job (in the second half) feeding off those hustle plays Grady and Nojel were making."

Nebraska: Clearly, the Cornhuskers aren't the same without Copeland. But they showed some promise by hanging around most of the night against a Big Ten contender.

Purdue: The Boilermakers have won 14 straight at home. But on Saturday, they showed they can win even when they don't play their best. Purdue relied on its usual three-pronged approach — defense, hustle and ball movement — to pull away late. And it should keep them climbing in the poll.

Nebraska: Glynn Watson Jr. scored four points after being shut out for the first time since his freshman season Wednesday at Maryland. ... The Cornhuskers had eight turnovers but were outrebounded 39-24. ... Nebraska is 0-7 all-time at Mackey Arena and has lost five of the last six in the series. ... The Cornhuskers shot 38.2 percent from the field.

Purdue: Eifert finished with seven rebounds. ... Purdue's 10-2 mark in conference play is tied for the fifth-best mark in school history. ... Painter won his 312th game and needs four more to move into the top 10 in Big Ten history.

The Boilermakers honored the late Tyler Trent, at their annual Hammer Down Cancer game.

They presented a check for nearly $13,000 to the fund in Trent's name at the Purdue University Center for Cancer Research. Athletic director Mike Bobinski also gave Trent's family a framed No. 1 jersey, drawing the loudest roar of the night from the crowd.

The 20-year-old Trent became a national inspiration during the football season as he rooted on the Boilermakers. Trent died on Jan. 1 from a rare form of bone cancer.

Nebraska: Will try to end its skid when it heads home Wednesday to face Minnesota.

Purdue: Can make a major statement Tuesday at No. 24 Maryland.