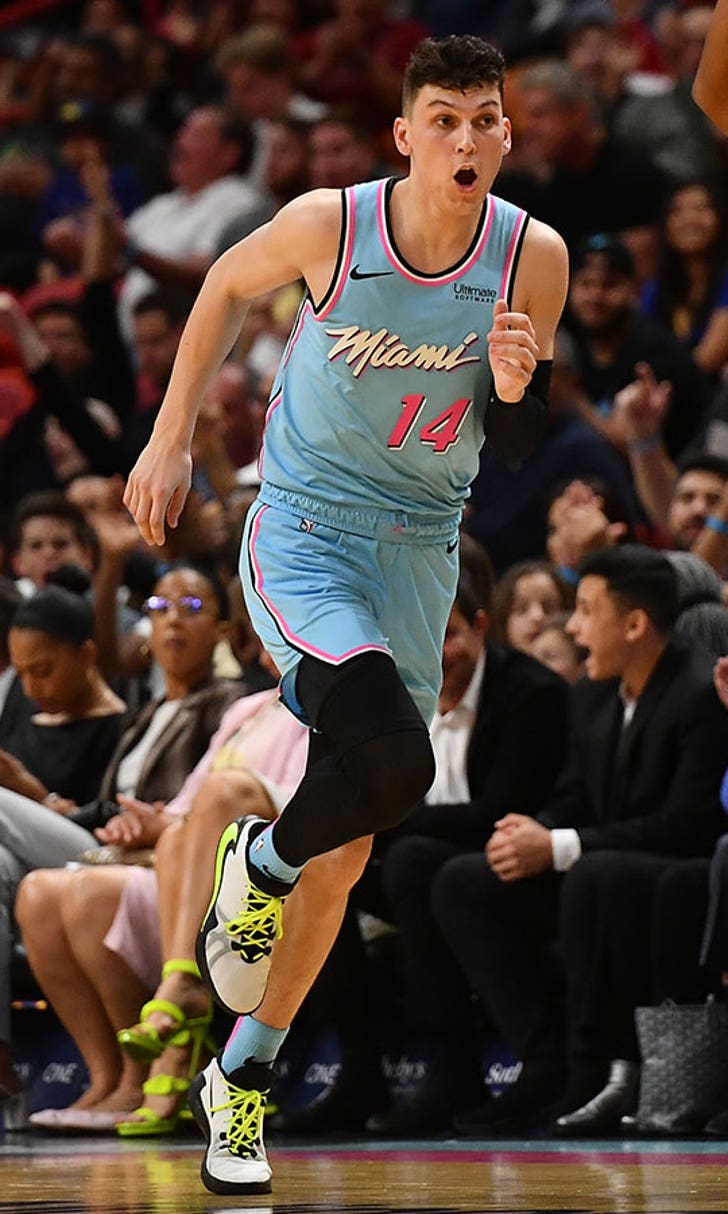 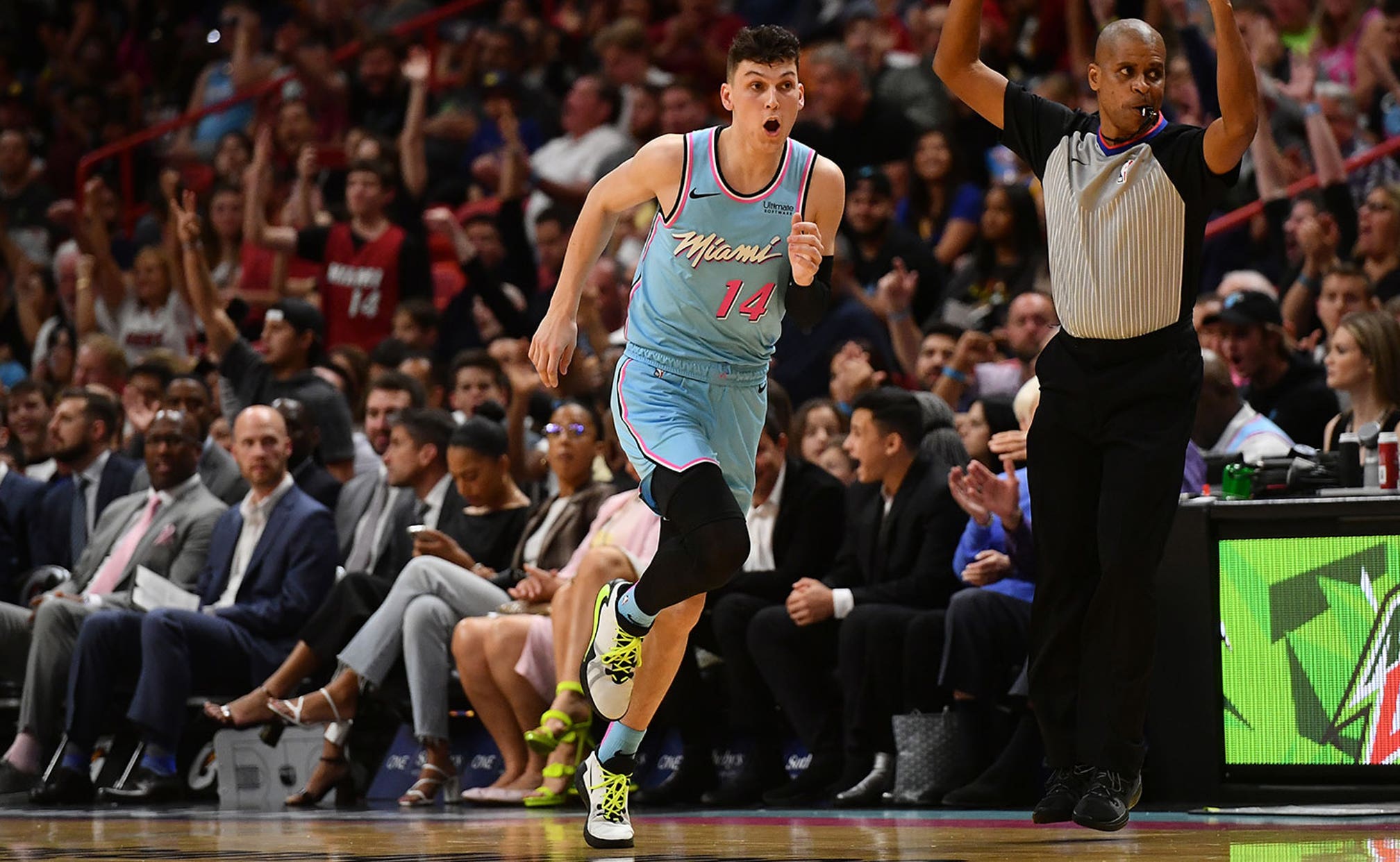 Heat turn it on in 3rd quarter, hold off Warriors to remain undefeated at home 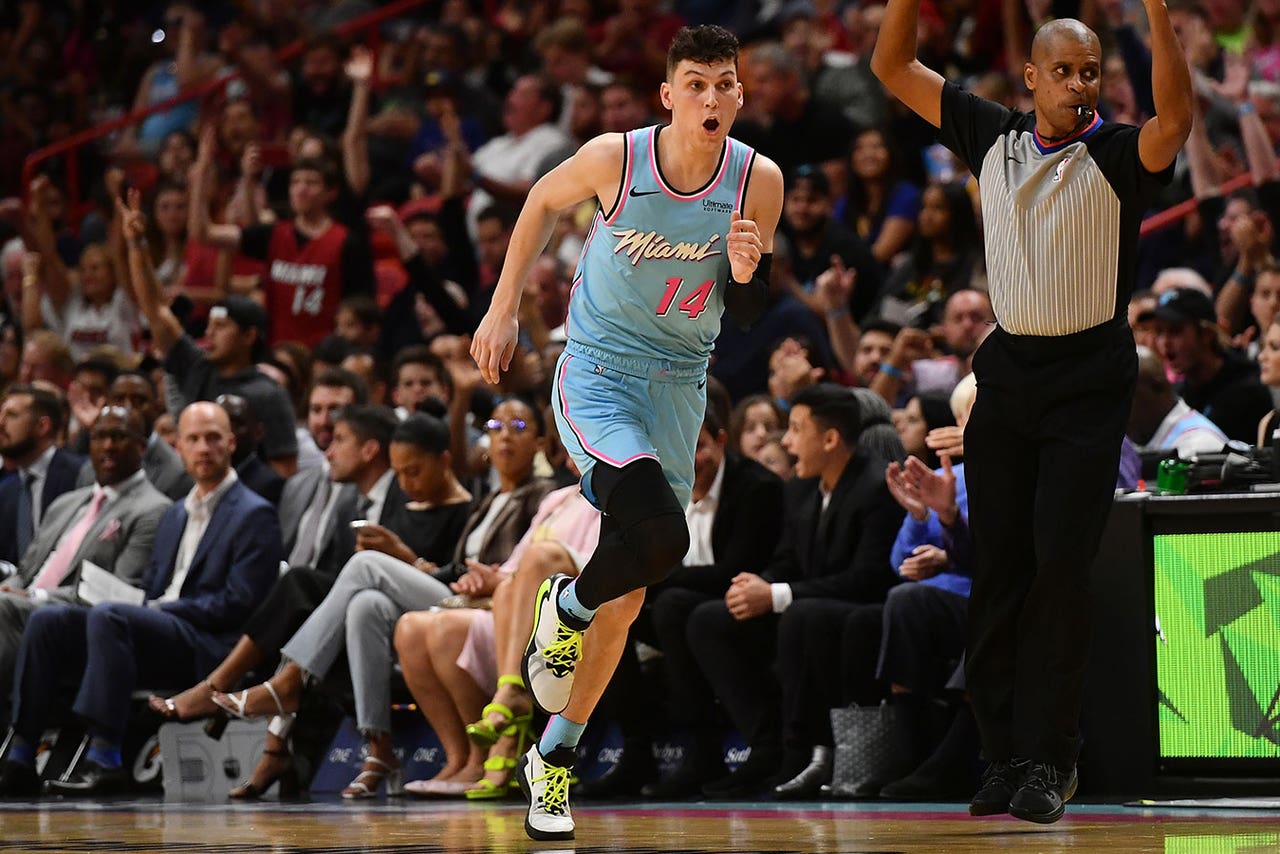 MIAMI (AP) — A big lead had almost entirely slipped away, and the Miami Heat showed no sense of panic.

A 27-8 third-quarter run allowed the Heat to pull away and beat the Golden State Warriors 122-105 on Friday night. Goran Dragic scored 20 points, Tyler Herro added 19 and the Heat remained perfect at home — 8-0, tying the franchise’s best home start to a season.

“Being able to weather the storm is big,” Herro said. “It’s a game of runs.”

Duncan Robinson scored 17 for Miami. Robinson and Herro were a combined 10 for 13 from 3-point range.

Jimmy Butler scored 16, while Kendrick Nunn — who was with the Warriors’ G League team last year — and Kelly Olynyk each had 15 for the Heat.

Jordan Poole scored 20 for injury-ravaged Golden State, which was playing the opener of a five-game road trip. Eric Paschall scored 17 and Alec Burks finished with 16 for the Warriors.

The Warriors are one of four teams without back-to-back wins this season, joining Chicago, Detroit and New York. They were down 20 after the first quarter, then clawed within 13 by halftime and eventually as little as six midway through the third quarter — before Miami recovered to put the game away with the 27-8 run over an eight-minute stretch.

Draymond Green played only 19 minutes for Golden State, and Warriors coach Steve Kerr said he’ll be on a minutes restriction going forward. The Warriors’ injury woes — no Stephen Curry, no Klay Thompson, no D’Angelo Russell and more — have left them an NBA-worst 4-16.

It was the third home game this season that Miami has won without trailing. Opponents have led for 29:54 of a possible 384 minutes on the Heat home floor — just 7.8% of the time. The Heat have led for 339 of those minutes.

Warriors: Golden State lost the first quarter 41-21 and has been outscored by 20 or more points in the opening period three times in its last 17 games. Before that, it happened three times in a span of 1,102 Warriors’ regular-season contests. ... Kevon Looney (neuropathy) missed his 19th consecutive game, but the Warriors hope to have him back as early as Monday’s game in Atlanta.

Heat: Miami has led by at least 15 points in all eight of its home games — and didn’t take long to extend that streak Friday, opening the game on a 21-6 run. ... This was the 10th and final game of Dion Waiters’ suspension for conduct detrimental to the team, but the Heat have not revealed what’s next. A conditioning period seems possible, and it’s unclear if Waiters will fly with the team Saturday to start a three-game trip.

Of the 10 players on the court last season when Dwyane Wade made a desperation 3-pointer with no time left to beat the Warriors, only two played Friday. For the Warriors, Kevin Durant is in Brooklyn, Andre Iguodala is technically with Memphis, Jordan Bell is with Minnesota, and Curry and Thompson are injured. For the Heat, Waiters is suspended, Josh Richardson is with Philadelphia and Wade is retired. That leaves Kelly Olynyk and Justise Winslow, who played off Miami’s bench.

Miami had 71 points in the first half, making this the first month in team history with three games at least 70 by intermission. The others: a franchise-record-tying 75 against Cleveland on Nov. 20, and 71 against Houston on Nov. 3.