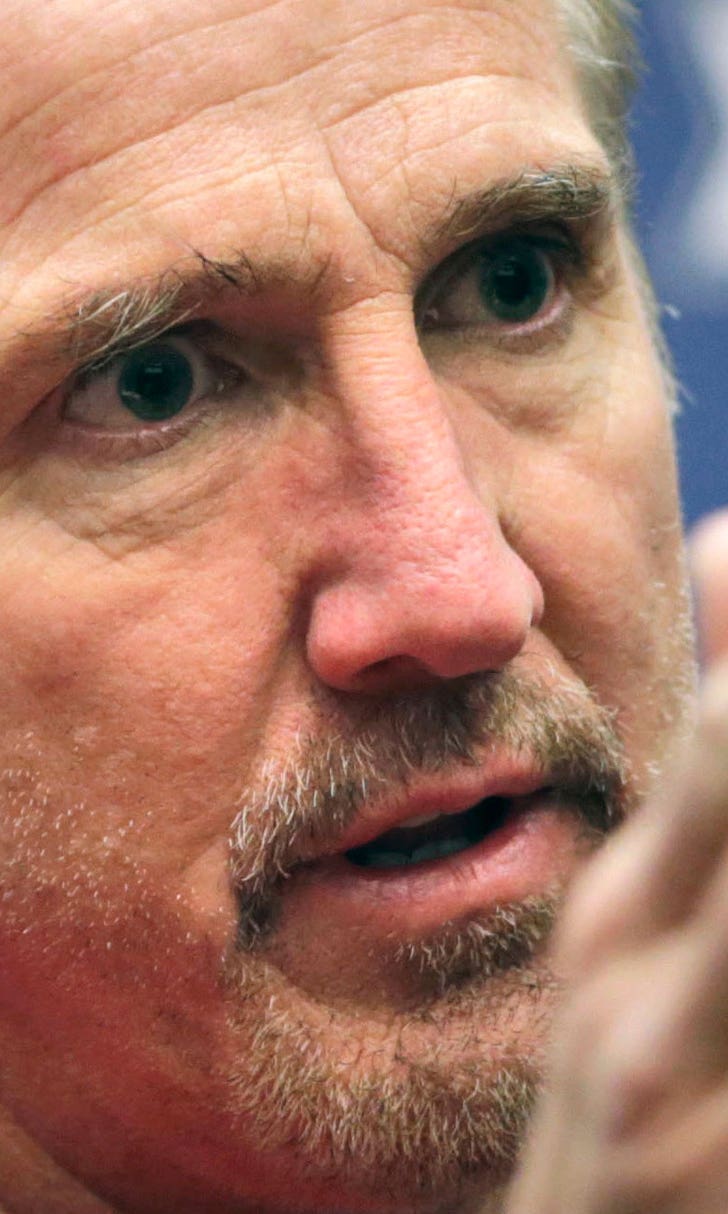 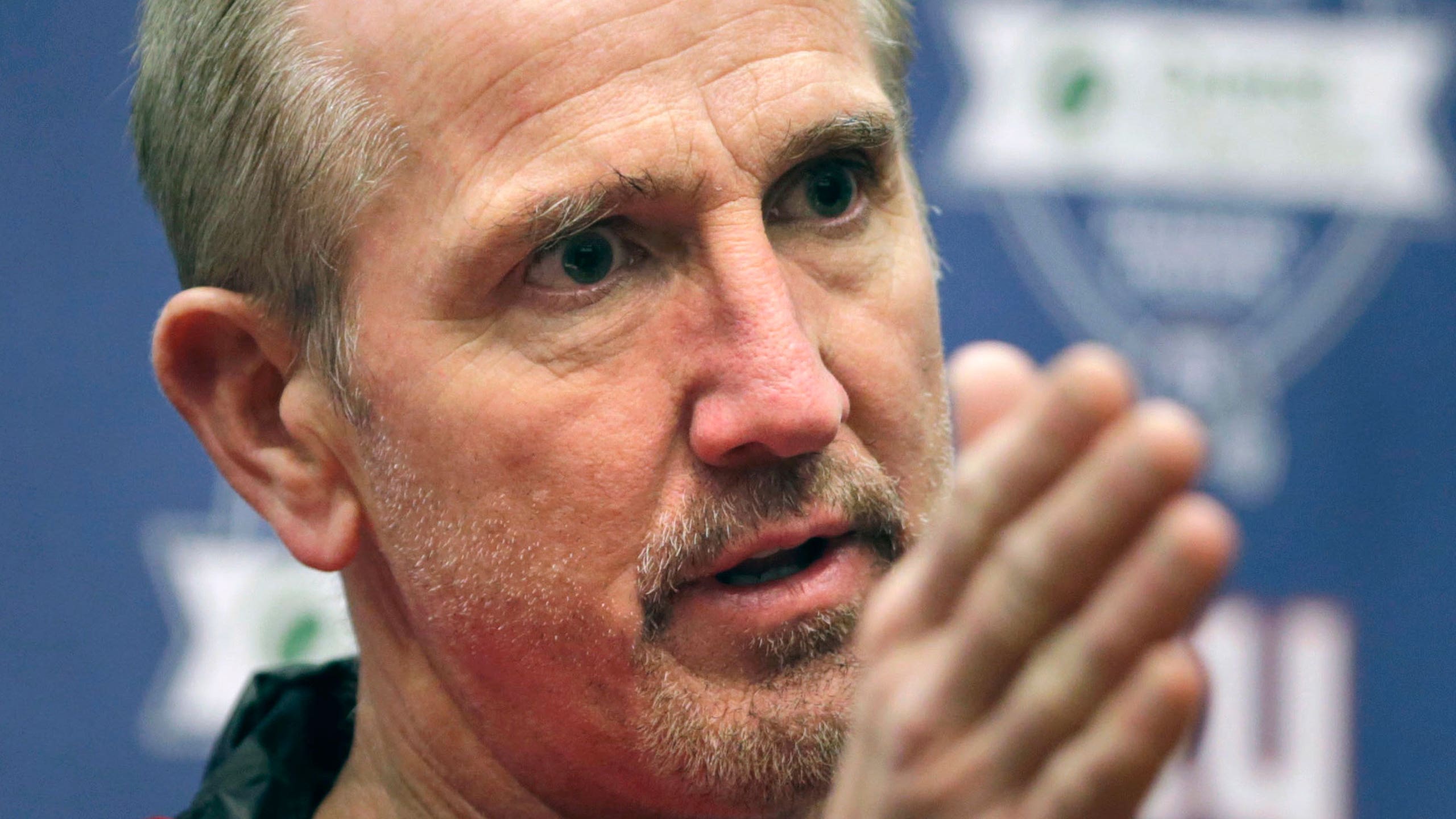 After year off, Spagnuolo shoulders task of shoring up Chiefs defense 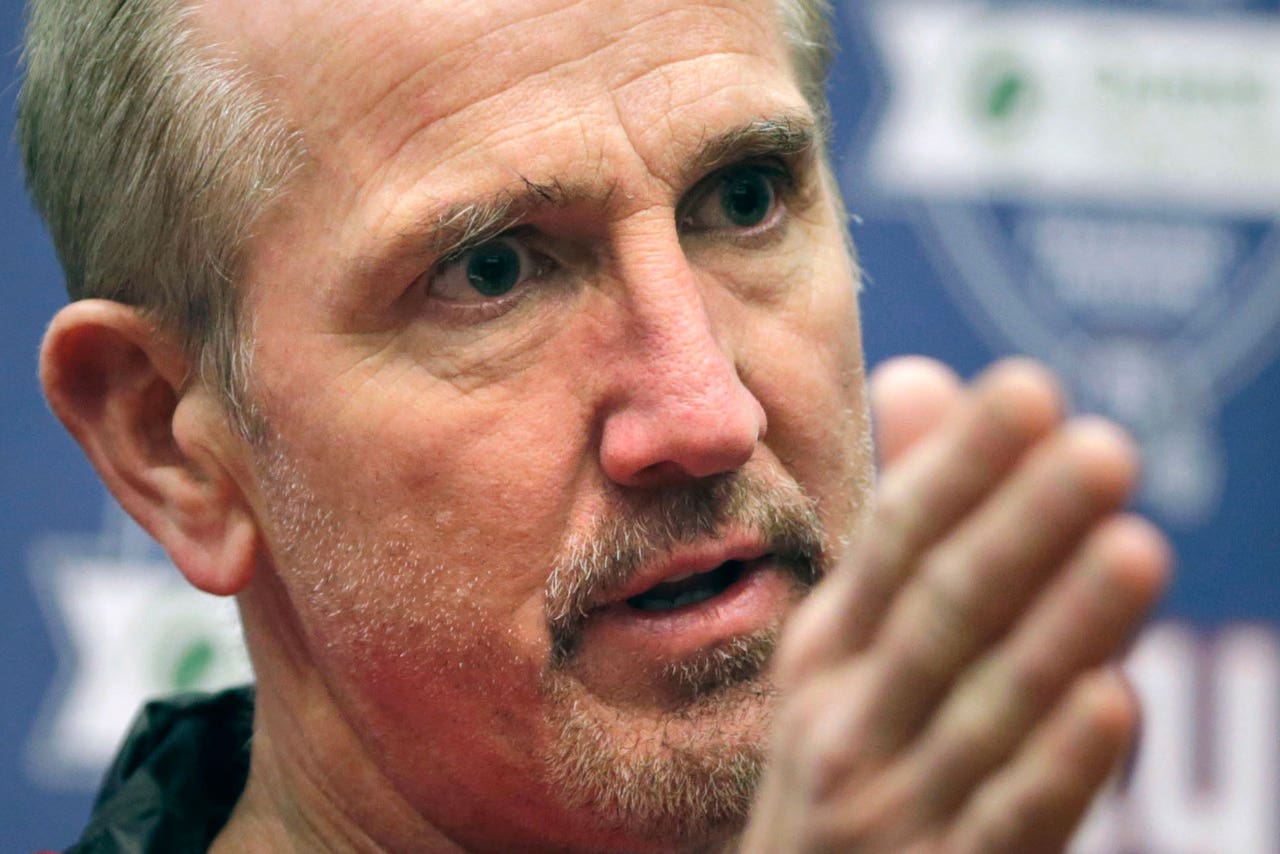 KANSAS CITY, Mo. — Steve Spagnuolo spent much of his year out of coaching making the 45-minute drive from his home in Philadelphia to the headquarters of NFL Films in Mount Laurel, New Jersey.

Spagnuolo had finished a tour as the interim coach of the New York Giants and missed out on the full-time job after the season. He turned down an assistant coaching offer and decided instead to spend the season recharging his proverbial batteries while getting a different perspective on the league.

No better place to do that than the repository for all NFL game film.

"I'm glad I did it. There might have been another year I should have done it," said Spagnuolo, who was hired a couple of weeks ago to be Andy Reid's defensive coordinator with the Kansas City Chiefs.

"I found it to be both challenging and rewarding," he explained Wednesday. "The challenge was missing football, missing the camaraderie of the players and coaches. The reward was to sit back and see a big picture of the NFL and the game of football, as opposed to being in these buildings during the season with blinders on. Just a big-picture view of the league, the game of football."

While ensconced at NFL Films headquarters, the former St. Louis Rams head coach had plenty of time to check out the Chiefs, whose Super Bowl run came up short in the AFC title game.

One of the clearest reasons? Their defense, which ranked near the bottom of the league in almost every statistical category. It was the defense that failed to stop the New England Patriots in overtime of the championship game, preventing Chiefs quarterback Patrick Mahomes and the rest of Kansas City's dynamic offense from even getting onto the field in the extra session.

More than anything else it was that performance that sealed the fate of longtime defensive coordinator Bob Sutton. He was fired within days of the season ending, and almost his entire staff was let go, found jobs elsewhere or, in the case of Emmitt Thomas, simply retired.

Now, it is up to Spagnuolo to turn around the Chiefs' weak spot.

"I don't really go backward. I'm not going to pass judgment," Spagnuolo said. "I think the world of Bob Sutton. Bob and I have known each other a long time. A change was made — Coach Reid made that decision — I'm just happy I was able to fall into what I think is a great position."

There are certainly pieces in place for a quick turnaround. There are also some crucial decisions to be made in short order.

Top pass rusher Dee Ford is due to become a free agent, though the Chiefs are expected to place the franchise tag on him as they pursue a long-term deal. Defensive tackle Chris Jones is coming off a breakout season and is eligible to sign an extension, while the albatross contracts of safety Eric Berry and linebacker Justin Houston must be dealt with in some fashion. Perhaps they get restructured. Perhaps the two elder statesmen are released. Either way, the Chiefs could use the salary cap relief to shore up other areas of the defense.

They also have the draft in April, and a first-round pick for the first time in two years, though they spent nearly all their picks on defense last season, with modest returns.

"This is a process. There are no quick fixes. There is no magic wand," Spagnuolo said. "One person does not assure success, but we'll do everything to put something together."

Spagnuolo acknowledged in an interview Wednesday the lure of the Chiefs, who are well positioned to chase championships for years. They have one of the most stable ownerships in the NFL, a highly respected head coach in Reid, the reigning league MVP in the 23-year-old Mahomes and plenty of high-powered talent on offense to keep pace with just about any team.

The biggest piece missing is a defense that can get off the field when it matters most.

"You won't touch a defensive coach in the NFL that wouldn't want to be on a team with, A, a really good head football coach, and B, a really good quarterback," Spagnuolo said. "It goes without saying I'm really excited to be part of an organization that has an elite quarterback, and quite frankly to work with Andy Reid again, and what he's all about and what he's meant to this franchise and the league as a whole is really, really special."

Will The Mahomes News Move Lines?
Patrick Mahomes is set to play Sunday. Will the odds change? And how much are elite QBs worth to the spread? Sammy P explains.
54 mins ago

Confidence Picks For Championship Weekend
Both the AFC and NFC title games are rematches, so Geoff Schwartz examines what we can learn from those first meetings.
1 hour ago

An Inside Look at Patrick Mahomes' Playlist
What tracks does Kansas City's Patrick Mahomes listen to before taking the field? Martin Rogers has the answers.
1 hour ago

The 7 Key Championship Game Matchups
The AFC and NFC titles are up for grabs on Sunday. Michael Vick breaks down the key matchups to keep a close eye on.
4 hours ago
those were the latest stories
Want to see more?
View All Stories
Fox Sports™ and © 2021 Fox Media LLC and Fox Sports Interactive Media, LLC. All rights reserved. Use of this website (including any and all parts and components) constitutes your acceptance of these Terms of Use and Updated Privacy Policy. Advertising Choices. Do Not Sell my Personal Info