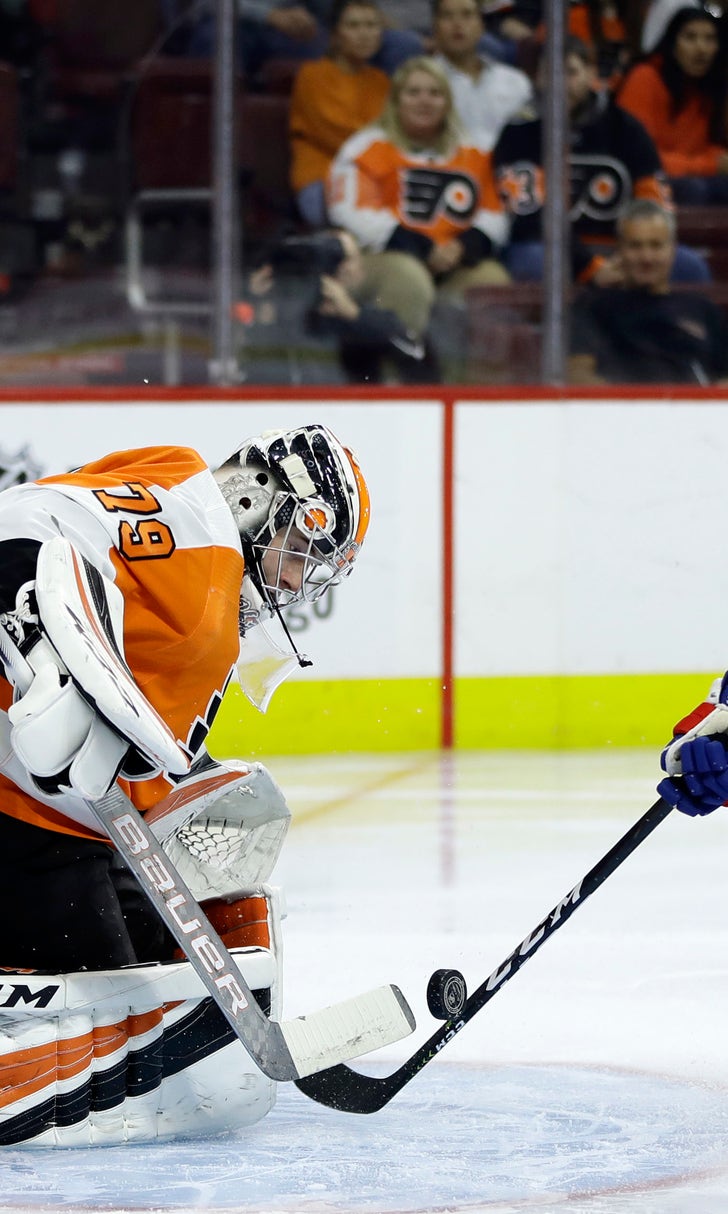 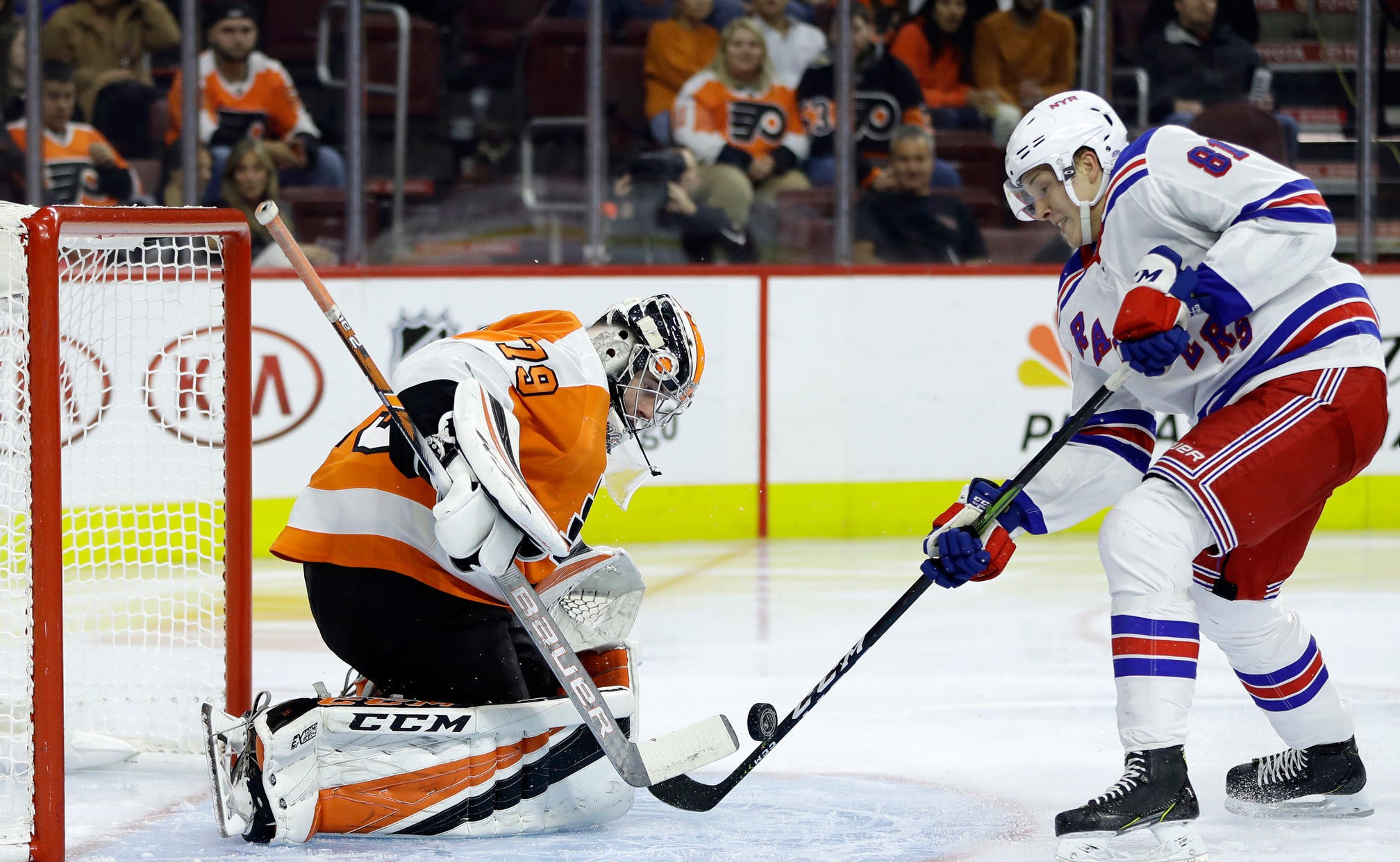 Vinni Lettieri, Brett Howden and Vladimir Namestnikov scored in the second period to give New York a 3-0 lead, and Kevin Hayes added an empty netter with 1:35 left in the third. Lettieri opened the scoring with a power play-goal 34 seconds into the second, and Brett Howden connected 34 seconds later at even strength. New York finished the preseason 3-2-1.

Philadelphia's Ivan Provorov and James van Riemsdyk scored in a 1:59 span in the third period to cut it to 3-2. Carter Hart made 14 saves for the Flyers.

Philadelphia (3-3-1) will wrap its exhibition schedule Saturday night at Boston.

At Winnipeg, Manitoba, Kyle Palmieri and Sami Vatanen each had a goal and assist and New Jersey beat Winnipeg for its first victory of the preseason.

Andy Greene, Travis Zajac and Damon Severson also scored, and Keith Kinkaid stopped 21 shots. The Devils (1-2-2) will face SC Bern on Monday in Switzerland to finish the preseason, then open the regular season Oct. 6 in Sweden against Edmonton.

At Edmonton, Alberta, Connor McDavid scored his second goal of the game 2:38 overtime to lift Edmonton past Arizona.

Ty Rattie picked up an assist, giving him a league-leading 11 points in the preseason. Tobias Rieder also scored, and Mikko Koskinen stopped 27 shots. The Oilers are 5-1-0 in the preseason.

Clayton Keller and Christian Fischer scored for the Coyotes, and Antti Raanta made 19 saves.

At Chicago, Mike Condon made 27 saves in Ottawa's victory over Chicago.

At Orlando, Florida, Mathieu Joseph had two goals and an assist in Tampa Bay's victory over Florida.

Victor Hedman, Yanni Gourde and Anthony Cirelli each had a goal and an assist, Alexander Volkov also scored, and Louis Domingue made 35 saves. Juho Lammikko and Frank Vatrano scored for Florida, and Roberto Luongo stopped 26 shots.

In San Jose, California, Travis Hamonic and Elias Lindholm each recorded a goal and an assist to push the Flames past the Sharks.

Mark Giordano and James Neal scored for Calgary, which received a 23-save performance from Mike Smith.

Erik Karlsson made his preseason debut for the Sharks. San Jose acquired the two-time Norris Trophy winner on Sept. 13 from Ottawa in a blockbuster trade.

Karlsson finished with an assist in 25:05 of ice time.