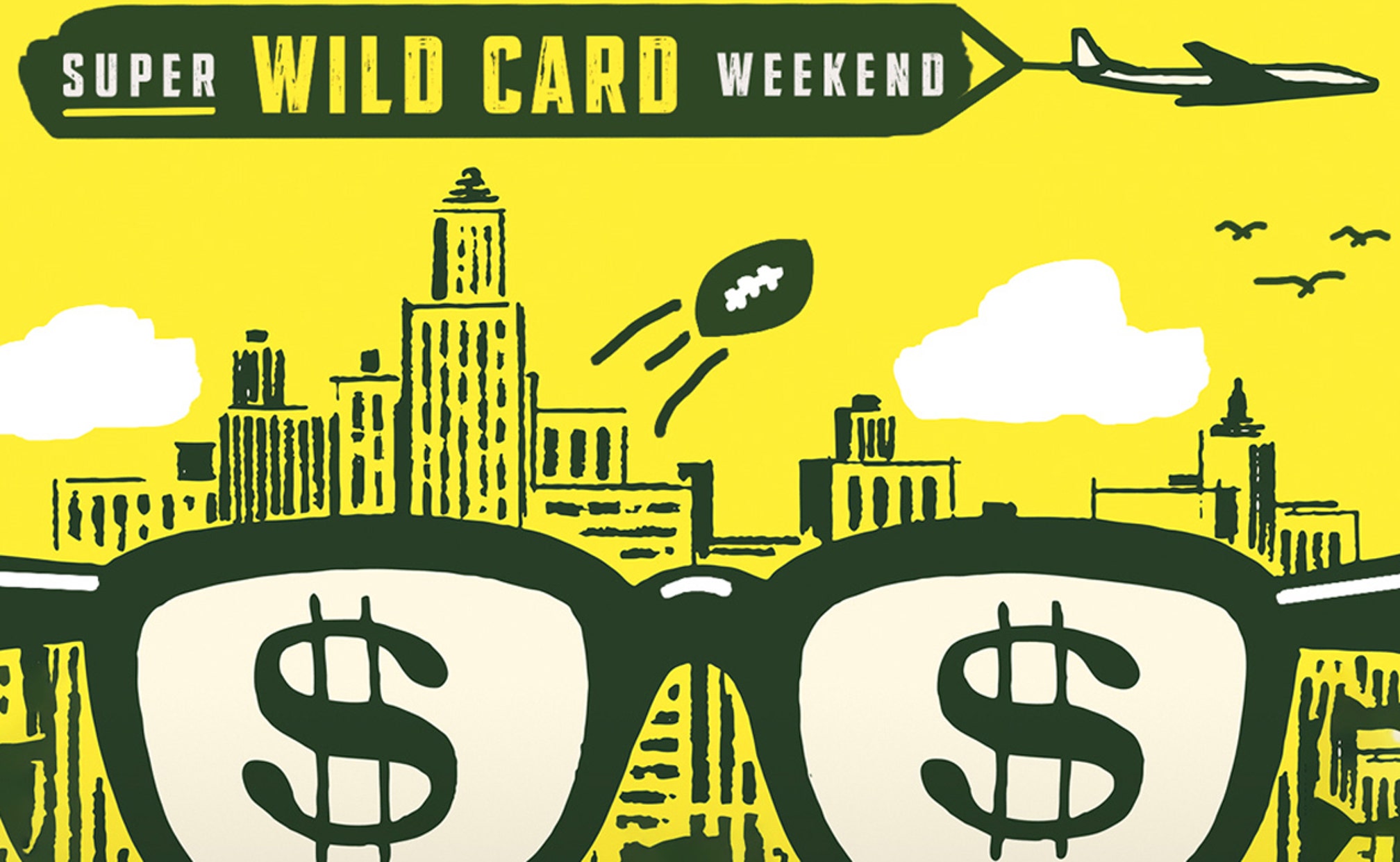 We made it! Despite no preseason, COVID, and the absence of fans at most games, the NFL postseason is upon us.

As you’ve probably noticed, the lines are extremely sharp this week, with little significant movement. And if you’ve been reading this space all season, you know that trends are fun and interesting, but ultimately not predictive at all.

There is, however, one trend that bares closer examination: first time quarterbacks in the playoffs. We definitely have one – Baker Mayfield – and perhaps another in LA’s John Wolford.

According to FOX Sports research, QBs making their first career playoff start in the Wild Card round are 9-30 straight up since 2002, and just 11-28 against the spread. Stunning, right? That's one you’ll definitely hear on TV Sunday night.

I need to remind you of this, though: Last season, first-time playoff QBs were 1-1 in the Wild Card round, with Ryan Tannehill beating the Patriots (completing eight passes for 72 yards!) and Josh Allen losing a late lead to the Texans. Toss in Jimmy Garoppolo’s divisional round victory (completing just 11 passes for 131 yards!), and you can see why this specific trend is useful.

And now, on to the picks, with all odds via FOX Bet.

WHEN THE WORLD THINKS OVER, GO UNDER

Buffalo is the hottest team in the NFL, rolling on six straight wins (including three straight by 29+), and an NFL-best eight straight covers. But they’ve only been favored by a touchdown – where this line hovered most of the week – twice this year, not covering against the Jets and destroying the Patriots when New England was out of playoff contention.

I’m bullish on Indianapolis defensive coordinator Matt Eberflus, who favors a zone defense, which is a smart play against Buffalo given how difficult it is to cover Stefon Diggs one-on-one.

The Colts will slow this game down on the legs of one of the hottest running backs in the league, rookie Jonathan Taylor, who averaged 6.7 yards per carry in December. Indianapolis will have a terrific chance to cover the spread here with a QB in Philip Rivers who has been terrific in Wild Card game (4-0 ATS). THE PICK:  Colts +7 if available. If not, under 51.5.

I’m not sure if the Washington defense can hold off Tampa Bay for four quarters, given Washington’s terrible offense, which ranked last in the NFL; although, it should be acknowledged WFT had to play four different QBs this season.

If Washington can’t move the ball – good luck on the ground against the No. 1 run defense by the DVOA efficiency metric – its defense will wear down in the second half. But for the first half, they should be fine.

Given Tom Brady’s poor showing in primetime this year (0-4 ATS, 1-3 SU), I suspect the Bucs struggle offensively as well, as they have all season against Top 10 defenses (0-4).

Keep an eye on Chase Young vs. Donovan Smith. Young will be the defensive rookie of the year, and a menace to Brady. Meanwhile, Smith was tied for first among left tackles in penalties allowed this season, and only gave up six sacks. THE PICK: First half under (22.5 points)

Two of the three games cross through the most key NFL numbers, 7 and 3. A six-point teaser doesn’t do that with the Saints, and because more NFL games land on 3 than any other number, you’re missing out on the value of a key number.

Here is a ridiculous, mind blowing stat: the Bills have been so formidable this season, they’re 15-1 on six-point teasers, the only time they didn't cover happened when they were blitzed in Tennessee in a contest that was rescheduled due to COVID.

As I explained previously, there is some reluctance with Tampa given their issues against elite defenses this season, but I can’t envision a scenario where the Bucs lose this game.

The Saints are the only double-digit spread of the weekend, and if you’ve learned one thing from this space all season, it’s to avoid double digit favorites.

YES, I FEEL BAD FOR THE BROWNS

This is a total mismatch for the Steelers, offensive and defensively. Then, toss in the Browns coach, Kevin Stefanski, getting COVID and unavailable for the game, and Cleveland is in a nightmare scenario.

Stefanski isn’t just the head coach; he calls offensive plays. After the Browns use up Stefanski's opening script, how will they adjust on the fly? That means you’re relying on a first time playoff QB in Baker Mayfield to make adjustments. QBs in their postseason debut are 9-30 straight up since 2003, and 11-28 ATS.

And Baker’s not just facing any defense, but one that led the NFL in sacks (56) and pressure rate (32 percent). Yes, Pittsburgh edge rusher Bud Dupree has been lost for the season, but in the last two weeks, the Steelers have still posted nine sacks in his absence.

Pittsburgh’s offense often looks lifeless, but they’re facing a Browns secondary with injuries all over, and a pass rush down their No. 2 sack man in Olivier Vernon. THE PICK: Steelers -6

WHERE’S THE OFFENSE COMING FROM?

This marks the third meeting between these two since Week 10, and the familiarity lends to an under. The number has crossed through the key number of 42, and there isn’t as much value at 41.5. Pay close attention because if the number pops back up to 42, it’s worth grabbing.

This game opened Seattle -5 when QB John Wolford was poised to start for LA. But as the week progressed and Jared Goff turned up at practice, taking first team reps, the number plunged back down to Seattle -3.

The Rams are strong at receiver, tight end, running back, on the defensive line, and in the secondary. The big Seattle advantage is Russell Wilson, but he has been sacked 11 times in two meetings with the Rams. It feels like a coin flip. THE PICK: Under 42 if available, otherwise, pass.