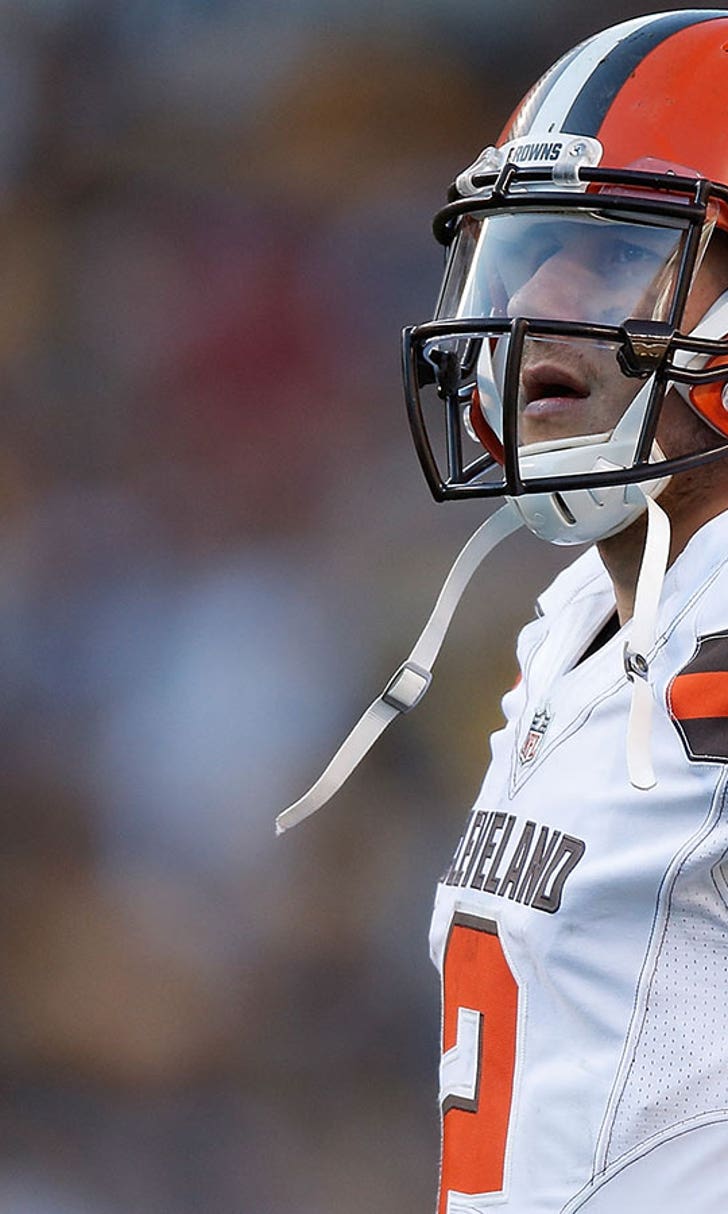 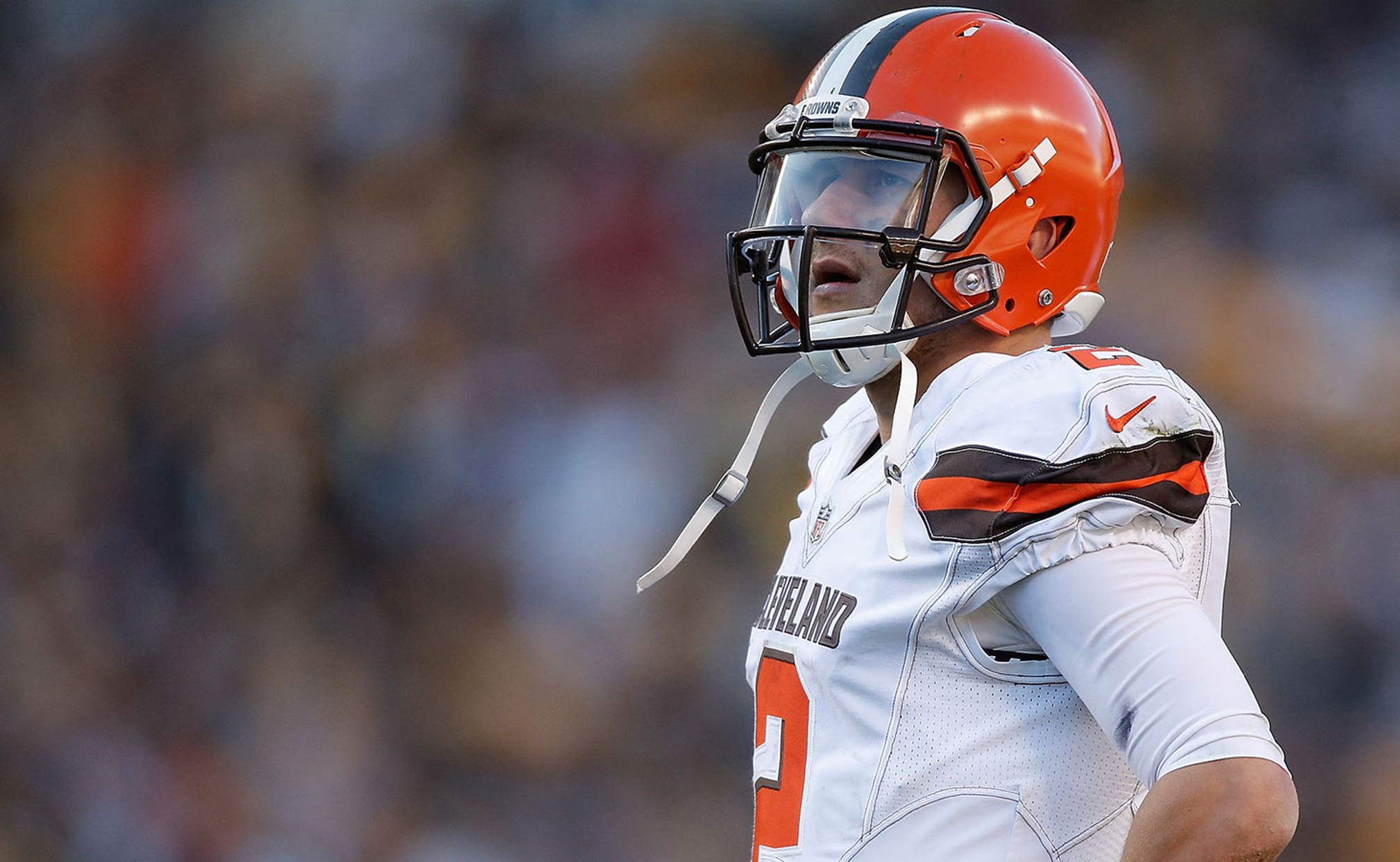 Why Browns should move forward with Manziel as starting QB 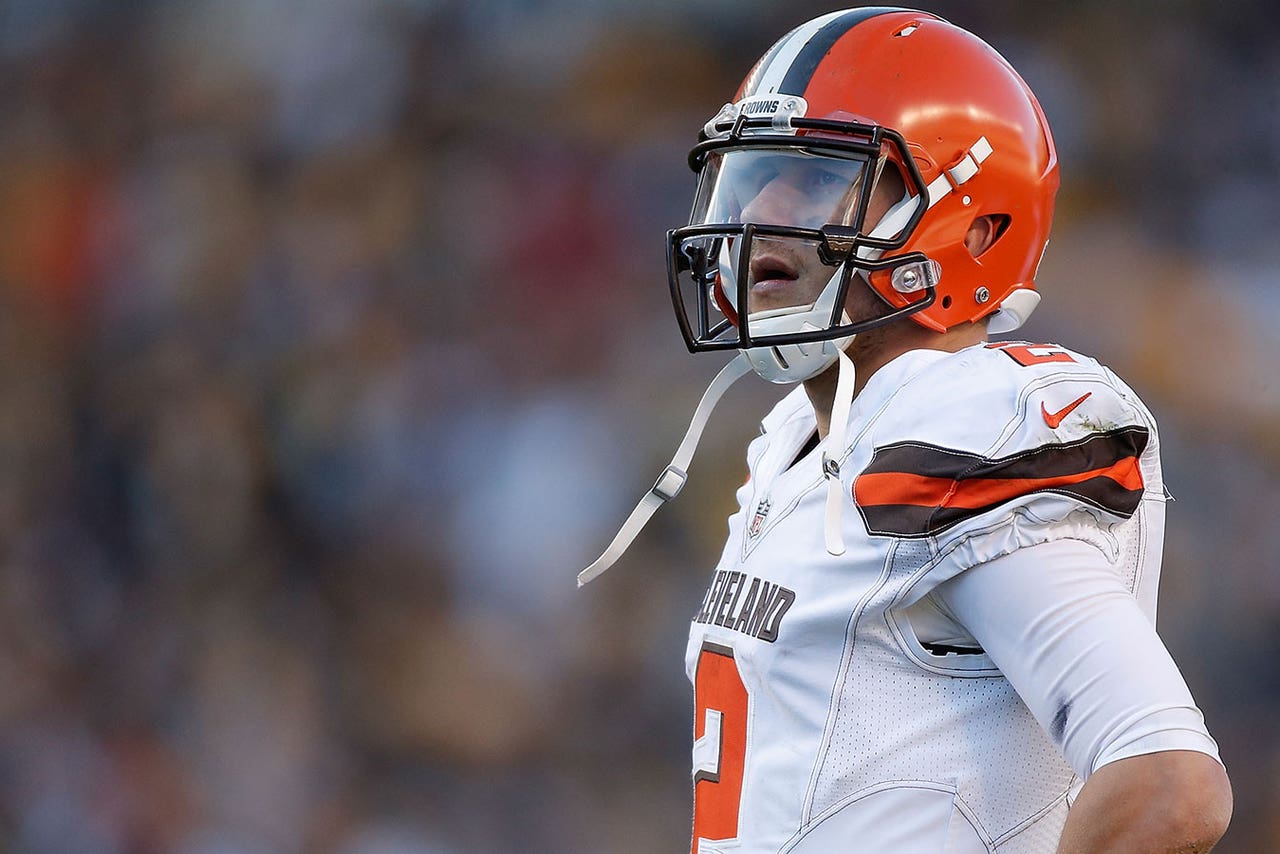 It was late in the third quarter of Sunday's 30-9 loss at Pittsburgh when Johnny Manziel looked downfield and didn't see anyone open, so he moved left to escape the pocket, only to be grabbed by the Steelers' Jarvis Jones.

Manziel spun, forcing Jones to try to hang on with one hand. He was unable. Manziel then froze linebacker Arthur Moats with a pump fake and darted up the middle. He was tackled just before he crossed the goal line for an 11-yard gain.

The drive didn't result in any points, thanks in large part to a holding penalty on rookie guard Cam Erving and a sack of Manziel when linebacker Ryan Shazier bulled right through rookie running back Duke Johnson, but Manziel was outstanding on that drive. He completed nine of 10 passes for 82 yards before he was intercepted on a fourth-and-goal play when he was simply taking a chance because he had to.

Manziel was fitting passes into tight spots on that drive and all game, really. He was 33 for 45 on the day for 372 yards, which shattered his previous best of 182 yards set in the opener this year when he relieved an injured Josh McCown.

At this point, the Browns and coach Mike Pettine can't possibly keep Manziel on the bench. Pettine's team (2-8) is trending downward and, given the fact he's a defensive coach, the Cleveland defense's ranking 29th in the NFL is an issue. The conversation regarding the Browns often seems to revolve around the quarterback position, but frankly this team has issues all over the place. Manziel has played well recently, considering the short week he had to prepare for the Cincinnati Bengals and the fact he's working with targets who are struggling to get open. When Manziel held the ball on Sunday, replays often showed it's because he had absolutely no open options.

The Browns wanted to do the slow rollout for Manziel this year after he had off-field issues this offseason and wasn't as committed to his craft last year. Aside from the incident with his girlfriend that didn't result in any charges, Manziel has done everything the Browns have asked on and off the field.

Pettine's job security has to be in question, even if owner Jimmy Haslam has been preaching patience. Haslam is the one who made a strong recommendation for Manziel. Pettine surely realizes that.

If the owner sees a quarterback showing signs of breaking out and a head coach holding him back, that's a face-off Pettine might wind up losing.

Read this Mike Garafolo’s Six Points, which details how the Green Bay Packers are searching for answers amid three-game losing streak.

Josh hits the Jackpot
Josh from South Carolina, along with seven other Super 6 players, won Terry Bradshaw's $1 million prize on Sunday.
2 days ago

NFL's Top Plays of Week 11
Follow along live with all of the action around the NFL, updating as it happens!
4 days ago