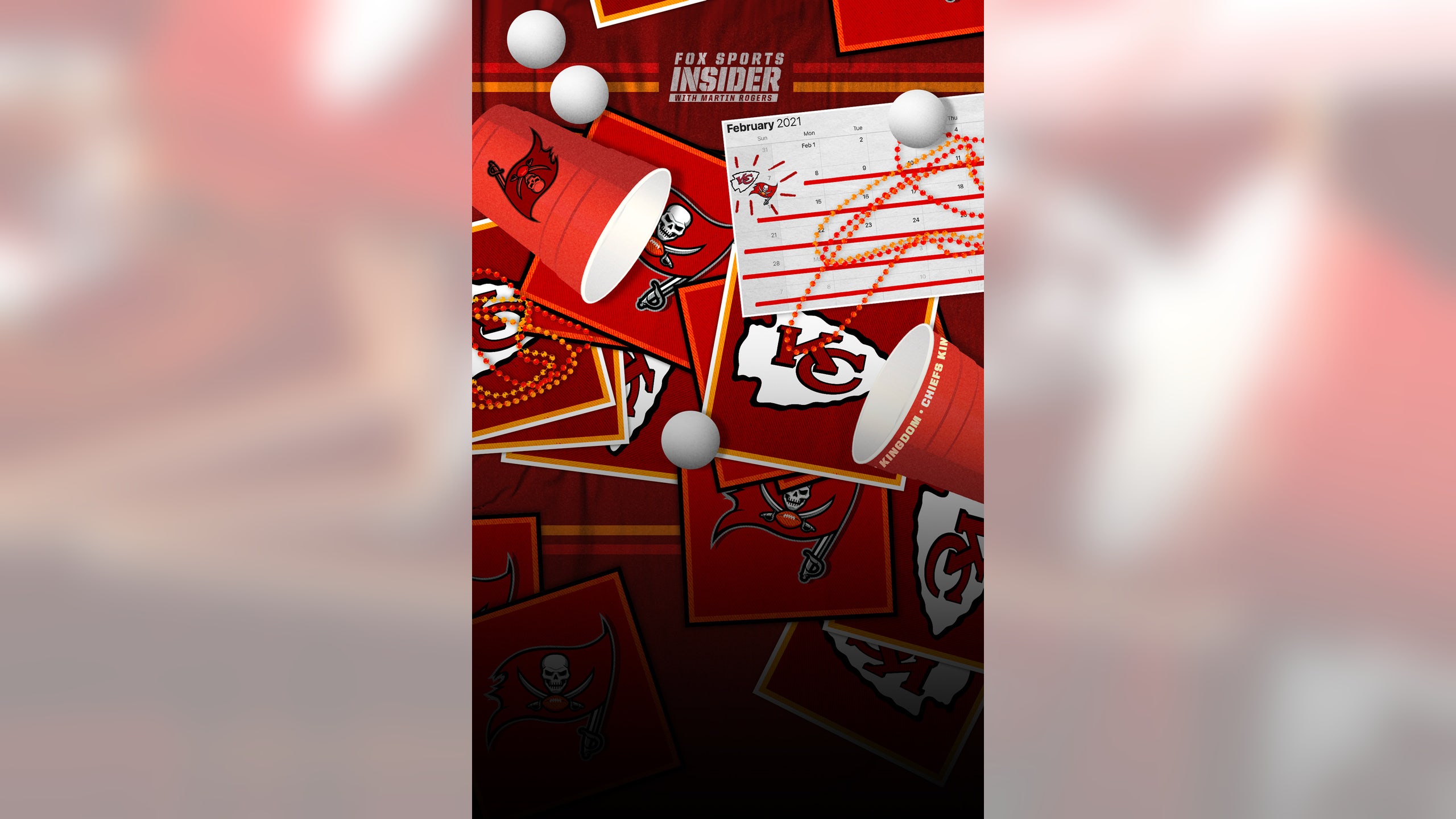 Eleven days to go until the Super Bowl, and then what?

No, really, what? What are we going to do after we’ve seen Patrick Mahomes or Tom Brady supercharge his legacy, the Kansas City Chiefs or the Tampa Bay Buccaneers hoist the Vince Lombardi Trophy, after we’ve watched The Weeknd do his thing at the half and witnessed competitive pro football for the last time before a break of more than seven months?

What’s on the agenda after this unconventional masterpiece of a National Football League campaign — which doubled as the greatest of distractions — comes to a close with the last, and most decisive, of its 269-game program?

For football and all it brings has served as a genuine source of release and a kind of crutch for many, something to dive wholeheartedly into on the one day of the weekend that it takes full ownership and also on others (Tuesdays, Wednesdays) when you’d never normally see it.

Football is far, far less important than real-world challenges, and that, of course, is the whole point, establishing it as an outlet to obsess over and to yell about, yet one in which the ramifications can cause pain to pride and fan ego only. 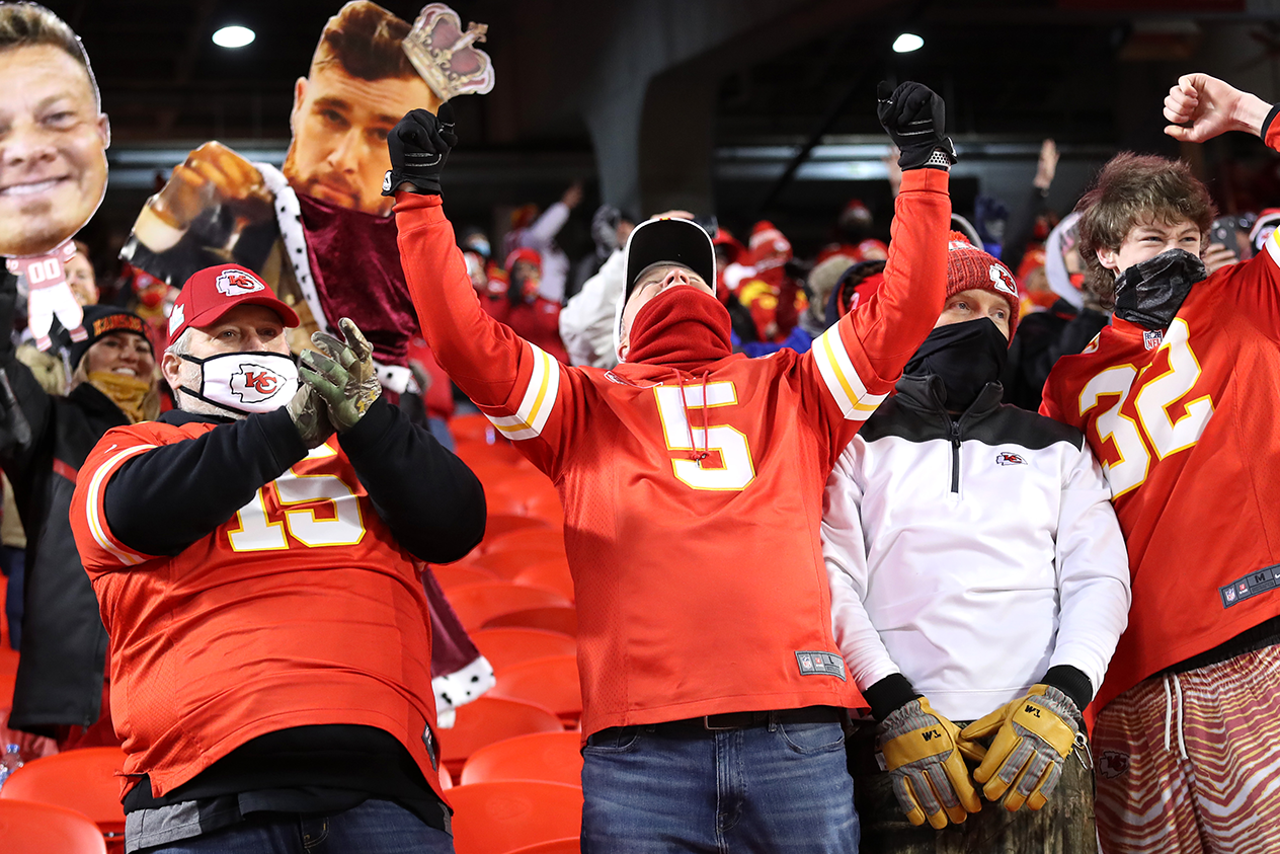 "In happier times, sport was a pleasant diversion or intense passion," Bill Cole, a thought leader in performance psychology who has served as a mental game coach to 36 world or national championship-winning athletes, told me. "Now, for many, it seems to be a coping mechanism.

"There is what seems to be only bad news, every day, from every front. And it seems to be unceasing. We all know the far-reaching effects, implications and ongoing worries and uncertainties. So, for many people, sports and entertainment is a welcome diversion, an outlet to escape to where we can get some immediate respite from the horror movie in which we all seem to be reluctant cast members."

Missing football season, once it’s no longer around, is an absurd notion for those with little interest in the game and a part of reality for those who do. Having so few weeks of action is a practical necessity for such a physically brutal pursuit, but it does leave all those empty months and makes for a schedule that moves with the rapidity of Tyreek Hill’s fleet feet. 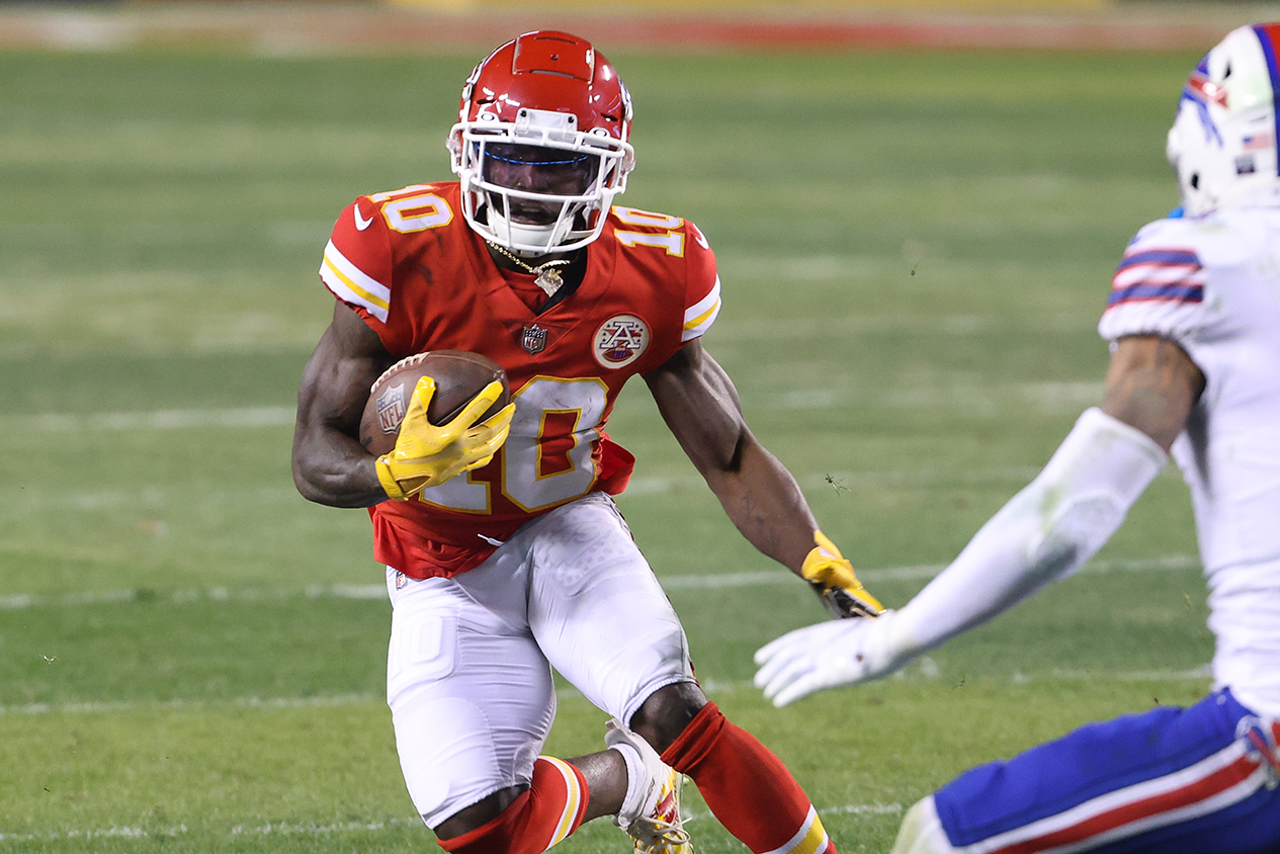 Once the Super Bowl is over, things typically go a little quiet, and the sporting sphere empties of its meatiest treats for a while. There will be spring training and all baseball entails soon enough (or actually, not quite soon enough). The Daytona 500 brings a brief, glorious pause to the lull, but this is the dullest part of the NBA slate, the bit where we already know who the main contenders are going to be, with the initial flurry over and a months-long wait before the playoffs decide it all. College hoops has been drastically altered. March, this time, will be sizably less mad.

"I've found quite a few people over the years who respond poorly to this post-January lull in sports entertainment," Cole added. "Combine that with the long winter for folks in less sunny climates, and they're looking down a pretty bleak, gray tunnel until spring hits. It can be kind of a down time."

At any time, Cole stresses the importance of maintaining social connections, helping one another and watching for signs of depression and mental distress in friends and loved ones.

It has been a great NFL season that has helped us love it and will make us miss it more. I once got into an argument over whether any season could be designated as "great," since we are eternally guaranteed 31 teams won’t win the Super Bowl and as many franchises will regard the campaign as disappointing as those who consider it a positive.

Before long, that argument devolved into a separate squabble about the argument’s own criteria for bestowing "greatness" upon a year (a glowing storyline, historic statistics, enhanced entertainment), which all proved nothing except that in football, you can argue over anything and hopefully still be friends. And, right now, you can be grateful that the arguing even took place, given that it passed some time and distracted you from viruses or mortgages or homework or whatever. 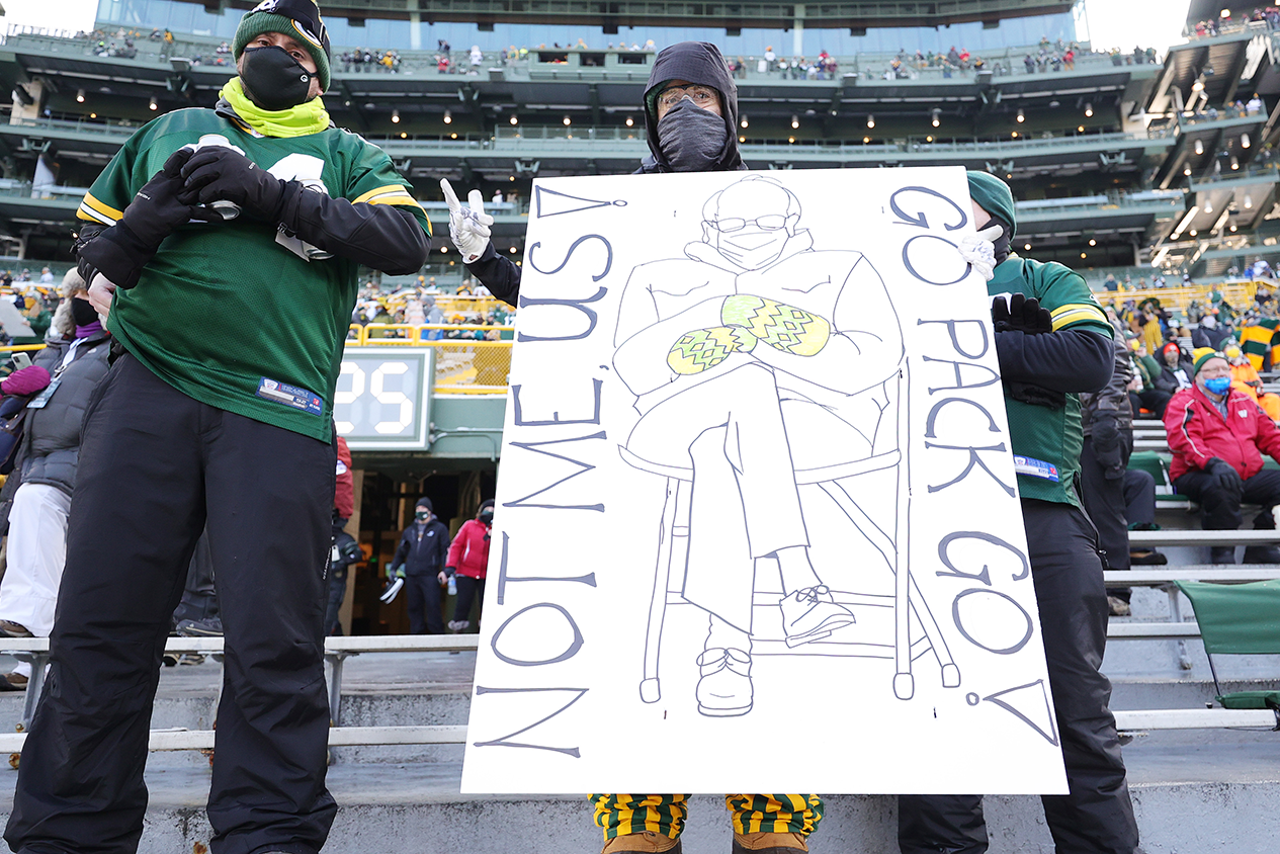 It is often said the NFL’s unceasing news cycle makes it a year-round sport, but that’s only partly true and certainly not close to being the whole story. For while drama and developments, trades and rumors and contracts and the draft are all integral to the whole show, the real things that matter are the games, and we’ve loved the games.

Somehow, amid everything, they all went ahead. The NFL benefitted a little from its place in the calendar. By the time the gridiron was populated, broadcasts had worked out how to churn out a really good imitation of spectator noise, so much so that you were only vaguely aware that contest was being played in front of no one. We’re attuned to it now, anyway. Banks of empty seats no longer jar. Weirdest of all, seeing some supporters in place now feels a little unusual.

We adapt, we carry on, we hopefully learn something along the way.

With the Super Bowl edging closer, let’s not over-exaggerate. Life doesn’t get inherently worse when football is on hiatus, but for millions, something is taken away – some consistency, some release, something to look forward to and a way to mark time. 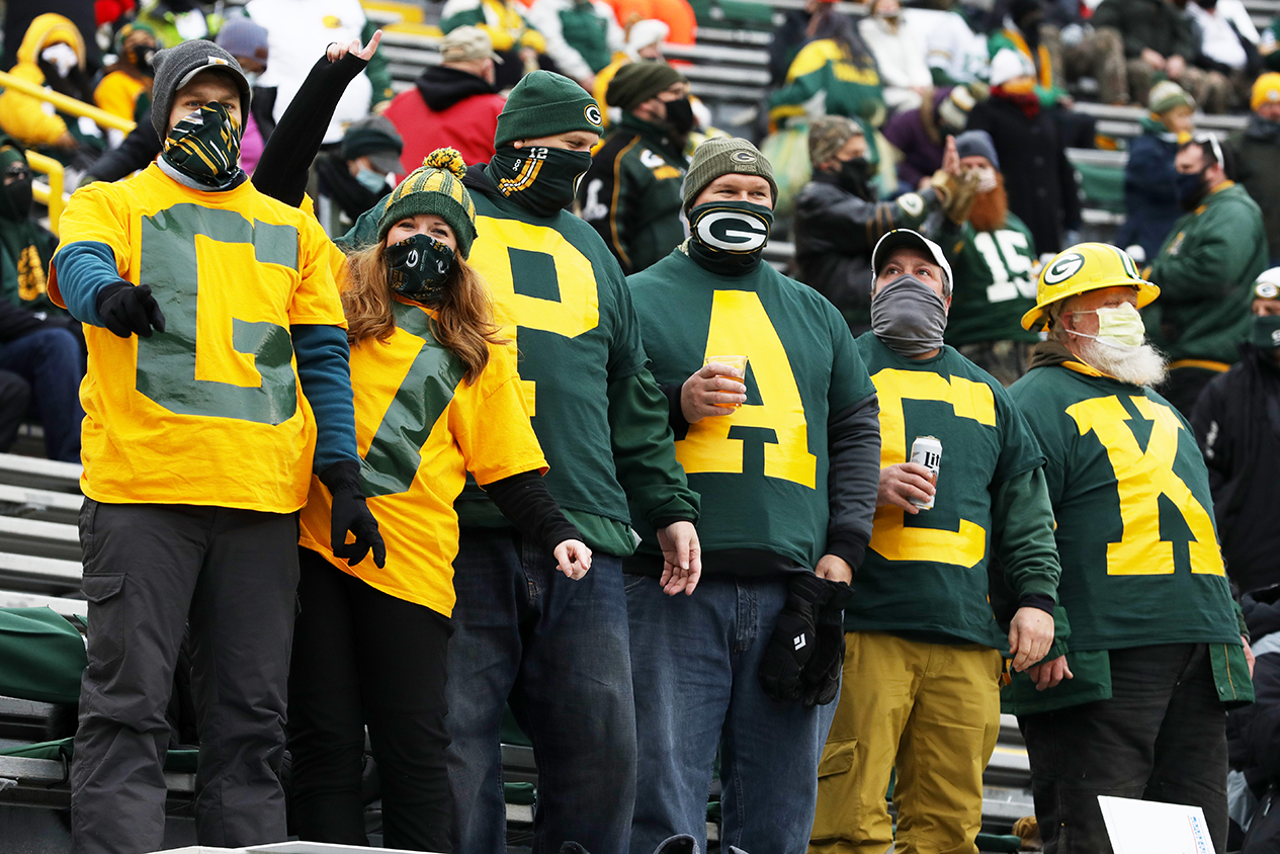 Considering that I’m not qualified to give advice and that I’m a little tapped out of positives – plus, it’s always good to end on a positive – I’ll let Cole’s voice finish this column.

"The hard times have given [people] perspective," Cole said. "They have a better sense of what is important in life and what is not.

"Life is too short to spend time worrying. Better to live every moment, every day, to the fullest."