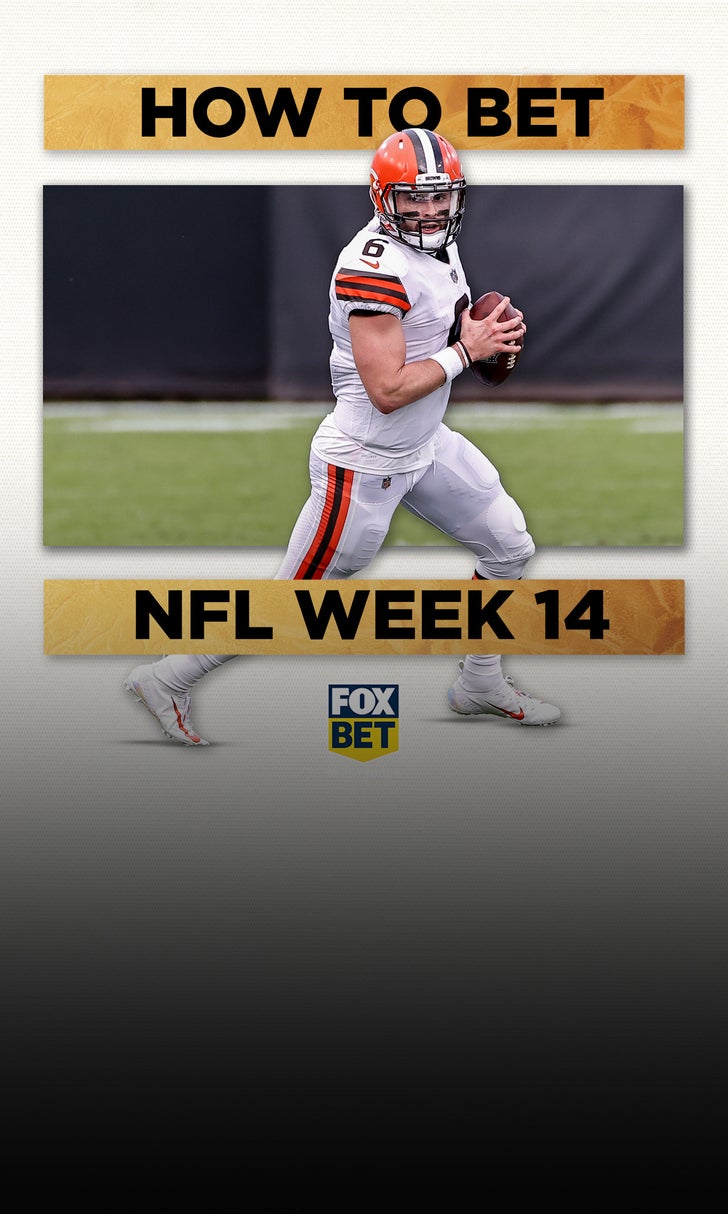 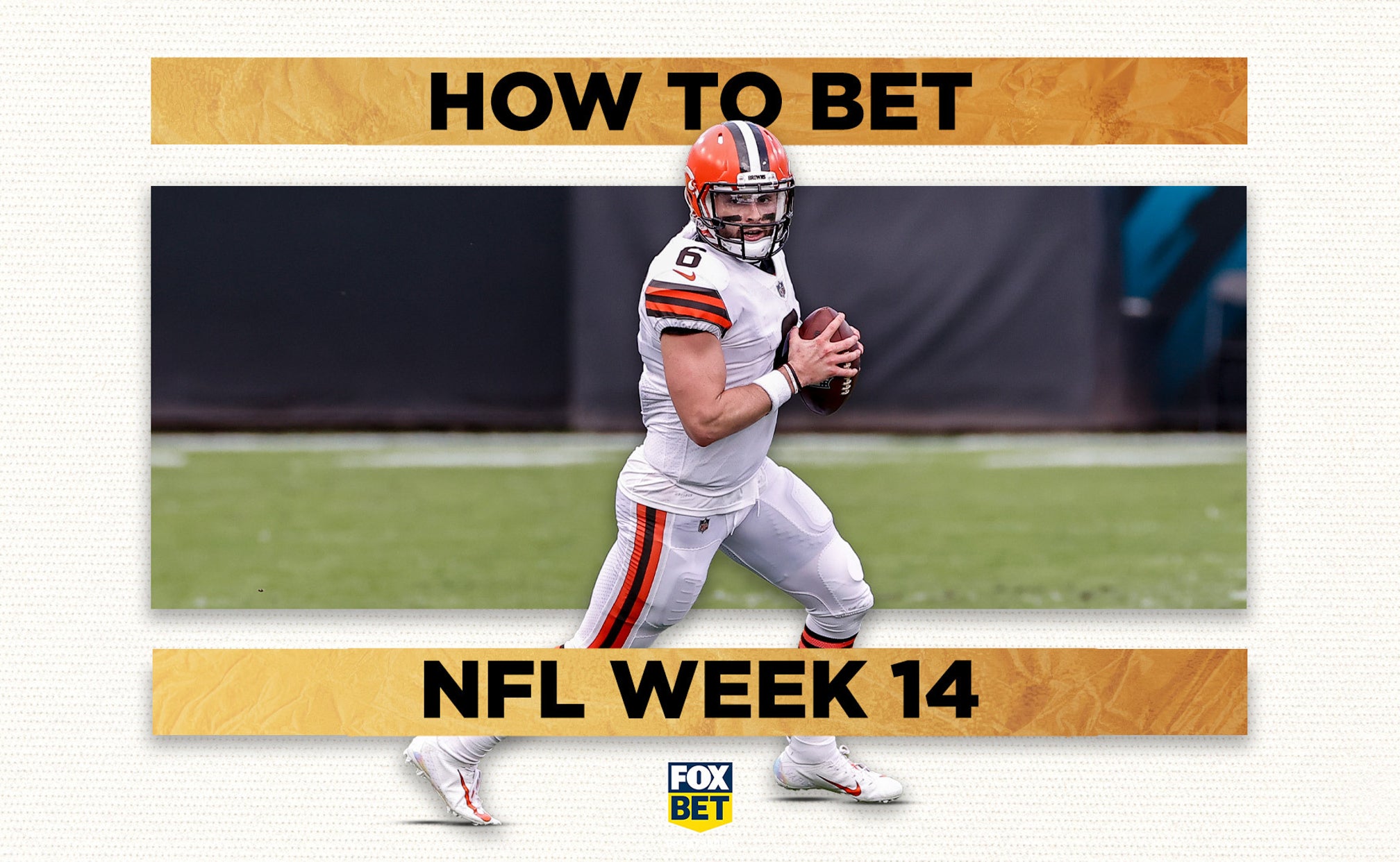 The Key To Betting Against Baker Mayfield

The best new TV show I’ve streamed this month is “The Undoing,” starring Nicole Kidman. It’s cripplingly addictive, the type of show you can’t watch while looking at your phone.

As layers of the onion are peeled back with each episode, it dawned upon me: This is just like an NFL season in which each week reveals more and more about teams and you’re left slack-jawed.

Just when you think you know something, boom, Josh Allen has a flawless performance and he’s “back” as a top-tier QB; the Seahawks, poised for the No. 1 seed in the NFC, lay a colossal egg and lose outright as 10.5-point favorites to the below-.500 Giants; and the undefeated Steelers, who were kind of leaking oil for a few weeks, lose outright at home to lowly Washington after leading 14-0.

These are all things you couldn’t have predicted a week ago with any confidence. What does Week 14 have in store? Let's take a look (with all odds via FOX Bet).

The Browns are coming off the best win the franchise has had in years, a butt-kicking of the Titans in which Baker Mayfield threw four first half touchdowns and Cleveland led 38-7.

Why? Tennessee didn’t have the key to rattling Mayfield — pressure. They generated one QB hit! The Ravens have blitzed the second most in the NFL and are No. 1 in pressure rate. That wasn’t on display against the Cowboys on Tuesday, but half a dozen starters are getting healthy after the COVID outbreak.

As much as I like what Kevin Stefanski has done with the Browns — and they’ll have a chance to pull a playoff upset, likely against the Titans/Colts — this is a bad spot for them in prime time against a rival that dominated them 38-6 in the season opener.

I've said it before, I'll say it again. There’s one team in the NFL in the Top 10 in offense, defense and special teams. That is the New Orleans Saints. Their opponent this week is giving a rookie QB his first start against a team that has won nine straight games.

Sean Payton isn’t revealing if Drew Brees will return from 11 busted ribs or not, but even if Taysom Hill is the QB, they should be fine, right? Payton has started Teddy Bridgewater and Hill in the eight games Brees has missed over the past two years, and he’s 8-0 against the spread.

The Eagles are a mess, from the coach whose job may be in jeopardy (Doug Pederson), to the expensive franchise QB who has been benched (Carson Wentz). The injury issue hasn’t subsided, and the schedule is so brutal, winning the NFC East would take a miracle.

But when it seems too good to be true, sometimes it is. I'm going to pass at -6.5, although there's definitely a lot in New Orleans' favor here.

The Jets are coming off a heartbreaking loss to the Raiders and remain winless, but they have covered three of their last four games. Meanwhile, Seattle is coming off a devastating loss to the Giants that might have cost them a shot at the No. 1 seed in the NFC.

The spread is too rich for my blood, but the total is enticing. Seattle’s offense has returned to earth after scoring 30+ points in seven of their first eight games, not topping that mark in their past three games. Injuries on the offensive line led to Russell Wilson getting hit 10 times last week, and sacked five.

The Jets defense can stop the run (seventh in efficiency) but were getting shredded through the air. Then again, after firing defensive coordinator Gregg Williams, expect much less blitzing from interim DC Frank Bush, and perhaps a better job of limiting big plays.

Seattle’s defense has sneakily been on the rise as it has gotten healthier, holding the Giants and Eagles under 300 yards, and limiting Arizona to just two drives of 60+ yards. The Jets offense ranks 31st in efficiency and might be down two of their top three receivers (Denzel Mims, Jamison Crowder).

This has the feel of 24-9 or thereabouts.

The last time we saw the Bucs, they were getting torched by Tyreek Hill and Pat Mahomes. Before that, it was Robert Woods and Cooper Kupp. This week, will they be able to contain Adam Thielen and rookie Justin Jefferson? Tampa CB Jamel Dean missed Week 12 (concussion) and now he’s nursing a groin injury.

There’s going to be a lot of love for the Vikings this week, because the public loves offense, and Dalvin Cook, Thielen (12 TDs, second in the NFL) and Jefferson (fourth in the NFL in receiving yards) are among the best trios in the NFL.

But consider this: Minnesota just completed a three-game homestand against bottom feeders Dallas, Carolina and Jacksonville (a combined 8-28) and had a point differential of +1.

Tom Brady will have success through the air against a young Minnesota secondary that gave up 655 yards and 7 TDs to Aaron Rodgers in two games. But it’s the Vikings run defense – which may be without leading tackler Eric Kendricks (calf) – that I’m worried about.

If there’s a small red flag for the Bucs in this spot, favorites off a bye are just 6-12 ATS this season.

The Cardinals are in a downward spiral, and we don’t yet know what QB they’ll be facing, but the Giants always play close games. Their five wins are by 1, 3, 10, 2 and 5. Rain is expected, but it won’t be cold. Feels like a field-goal game one way or another.

With the Steelers, I’m surprised an 11-1 team is getting points because it lost for the first time this season. Pittsburgh was hit hard by injuries against Washington, and as a result blew a 14-0 lead at home. How rare was that? The Steelers had been 78-1-1 when taking a 14+ lead at Heinz Field.

The injury report will be key for Pittsburgh this week, because the Steelers could be down as many as six starters for this game, including both starting CBs who left injured against Washington. That’s potentially bad news against the Bills, who have Stefon Diggs, Cole Beasley and even rookie Gabriel Davis torching secondaries throughout the NFL.

The market has clearly downgraded the Steelers significantly, but Mike Tomlin is fantastic in the underdog role: 18-11-1 in his last 30 games as a road underdog. If Pittsburgh’s TJ Watt can have half the game that Joey Bosa did (three sacks, six tackles for loss) against the Bills, it’ll make life much more difficult for Allen than it was against the 49ers (three QB hits, one sack).

Tennessee Titans -7 to -1 at Jacksonville Jaguars

Crossing through seven and three with the better team, and I only have to beat two bottom feeders who aren’t in the playoff mix by less than a field goal? Giddy up.

Did the market overreact to Tennessee getting stomped by the Browns? It didn’t go through a key number, but a two-point correction seems a tad dramatic, which has me on the Titans here, especially under a field goal.

Word of caution, though: betting on the Tennessee defense gives you heartburn, because they don’t pressure the QB (31st in pressure rate) and they’ve given up an NFL-high 27 passing TDs.

Conversely, if the Lions hadn’t rallied from down 10 in the final five minutes against the Bears, what would this spread be?

Yes, you can make all the Swiss cheese jokes about the Packers defense you want, but if Matt Stafford is without D’Andre Swift and Kenny Golladay again, can they keep up with Aaron Rodgers, who is hitting a career best 68 percent of his passes, and is on track to set personal bests in TDs and fewest sacks taken?

Rodgers has 14 TDs and just one interception in dome games this season, so give me all of the Packers inside of three points as the superior team.

Going For Glory (And The Win)
Mahomes was out. But that didn't stop Andy Reid from laying it all on the line with Chad Henne, Charlotte Wilder writes.
52 mins ago

A Problem in Houston
Deshaun Watson is not happy with the Texans, and reports are that a trade is not off the table. How did we get to this point?
2 hours ago