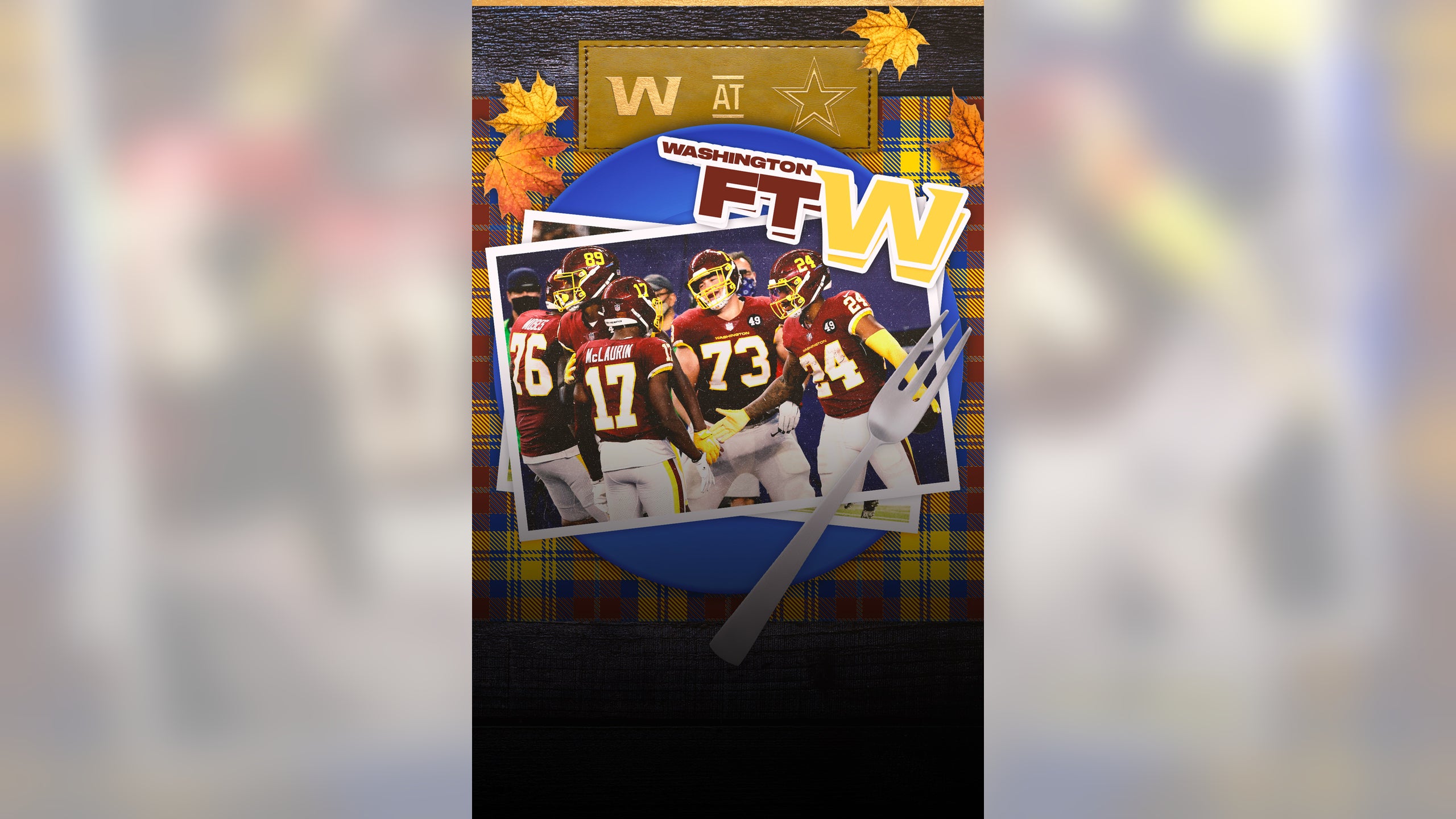 The Washington Football Team strode into Jerry World and ran away with an impressive 41-16 win, putting WFT back in the driver's seat for the NFC East race.

The game was close for a while, but Washington ripped off 21 fourth-quarter points to put a stamp on the rout and leave Dallas feeling glum.

Here are three takeaways from the game.

The NFC East race isn't going to be a star-studded affair, but every win is important. Especially when they can be had against division rivals.

Antonio Gibson had a monster day for Washington ⁠— more on him in a bit ⁠— and WFT's offense showed out in the red zone while Dallas' didn't. The visitors went two for four on trips to the red zone; the Cowboys came up empty on three trips.

Tight end Logan Thomas had a productive day for WFT, not only scoring the touchdown seen above but also showing a slick hand in the trick-play department earlier in the contest.

The defense for Washington also showed out, sacking the Cowboys four times, forcing an Ezekiel Elliott fumble and snaring an Andy Dalton pass for a pick-six.

Not a bad day at the office for Washington in every phase.

Washington has to be pleased with the production they're getting from Gibson, a rookie third-round pick out of Memphis. He played wideout with the Tigers in college, but he's asserting himself as a running back in the NFL in a big way.

He racked up his ninth rushing TD of the season in the first half of Thursday's game, which marked his fifth consecutive game with a score on the ground.

Gibson came back for a second helping in the second half after Washington sniffed out a questionable fake punt from the Cowboys in the fourth quarter.

(Speaking of that fake punt, Washington outscored Dallas 21-0 after the turnover on downs.)

And then Gibson put the game on ice with his third score on the game.

Interestingly, he hasn't tallied a receiving touchdown on the season. But the way he's going now, it could just be a matter of time.

Already decimated on the o-line coming into the game, the Cowboys lost two key offensive linemen on their opening drive vs. Washington, including four-time All-Pro Zack Martin.

Martin's injury was categorized as a calf injury and he didn't return to the game. In addition to Martin's exit, left tackle Cam Erving also left with a knee injury.

On the defensive side of things, defensive end Randy Gregory dealt with an eye injury early on. However, he managed to come back and make a major impact with two first-half sacks.