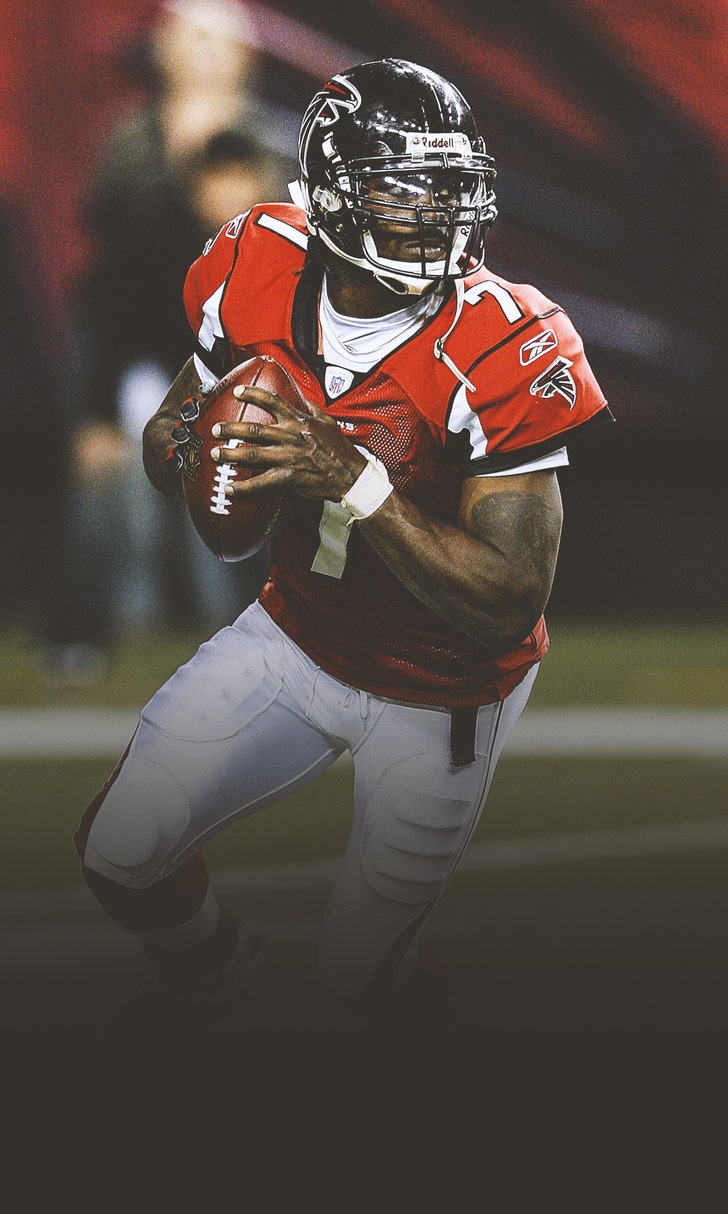 Known for his explosive speed and booming arm in the video game franchise, he was almost literally a cheat code.

And 17 years later, Michael Vick reflected on what that cover meant to him.

His stats in the game were unreal, including a 95 speed and 92 elusiveness rating, which was faster than all but four running backs. He also had an absurd 98 throwing power and 97 throwing accuracy.

Gamers' go-to play was anything where Vick could roll out of the pocket and speed by any opposing defenders.

Even he knew how dominant he was.

Vick also spoke to the pride players take in their Madden ratings.

"Still to this day it's still talked about ... and just being a Madden legend just means everything to me. If the attributes aren't there, it really takes an effect on us."

His Madden rating certainly reflected his on-field play. In 6 years with the Falcons, he transformed the QB position with his rushing abilities, becoming the first NFL quarterback to rush for 1,000 yards in a season.

And he still holds the record for the most career rushing yards by a QB (6,109).

The video game version was so unstoppable, meanwhile, that in 2005 Madden changed the mechanics of the game, including the defensive hit stick, in part to stop Vick — and put defensive star Ray Lewis on the cover to drive the point home.

Madden has evolved over the years, but Vick's legacy on Madden will carry on forever.