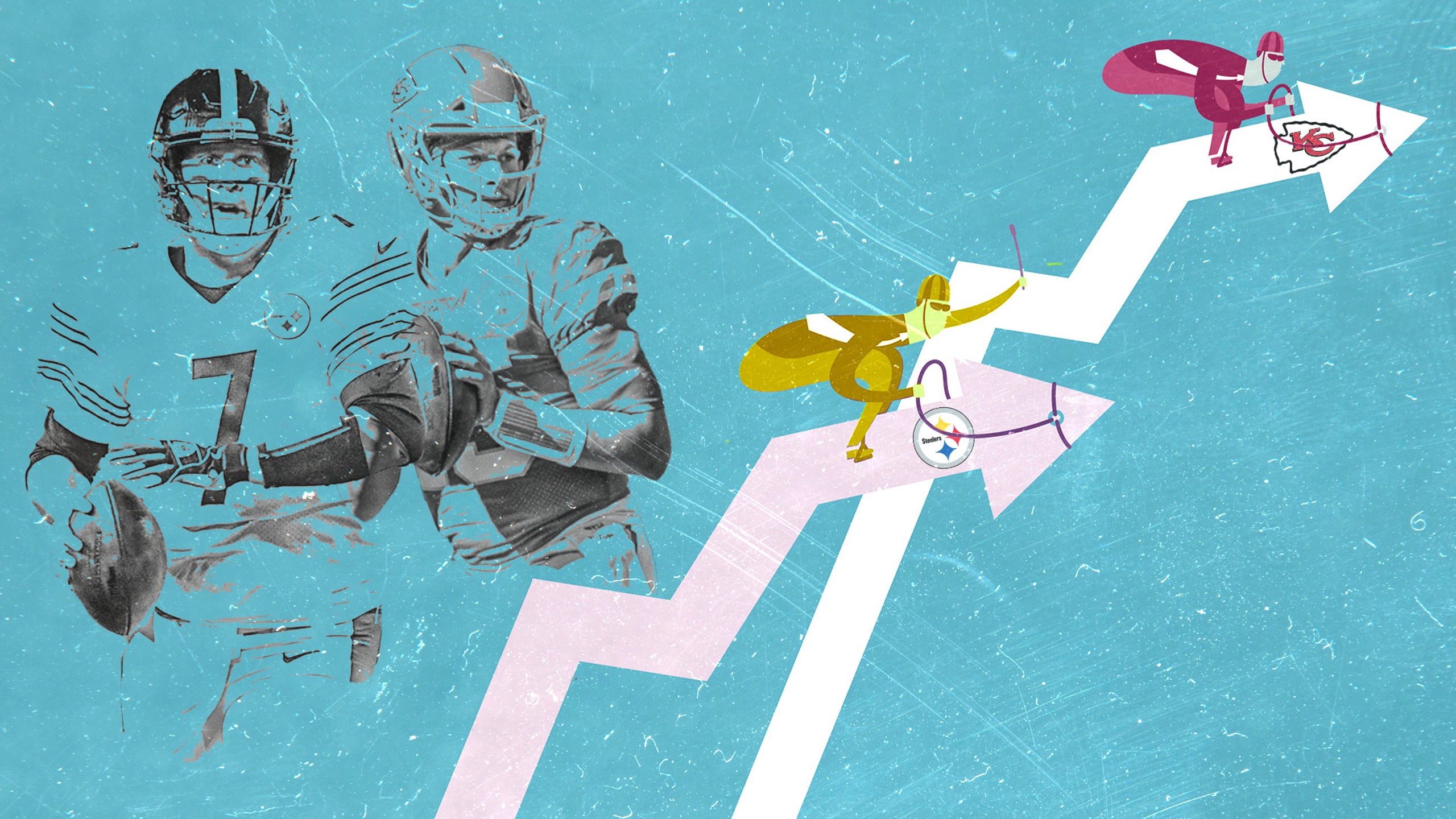 Everyone’s favorite bets did not cash. The Chiefs won close and didn't cover. The Dolphins, Packers and Patriots lost outright. Even though our wagers did not win, there’s plenty to take away from this weekend, including my pick to win the NFC East.

Here's a look at what we learned in Week 11:

The AFC is a two-team race

The Steelers headed into Jacksonville as 10-point favorites. Under Mike Tomlin, Pittsburgh had covered only one of 10 games as double-digit road favorites.

The Steelers acknowledged before the game they weren’t taking Jacksonville lightly. They know Super Bowl-caliber teams blow out bad teams. And after a slow start, the Steelers did just that. They dominated the Jaguars 27-3.

The last two weeks, albeit against the Bengals and Jaguars, we’ve seen an improved Steelers' deep passing attack, something I feel is critical if they are a contender to beat the Chiefs. Now if Pittsburgh continue its improved offensive production Thursday night against the Ravens, I am in.

The Chiefs survived with a game-winning drive from Patrick Mahomes to beat the Raiders in Las Vegas. Kansas City moved to 9-1 and now has firm control of the second seed with an eye toward overtaking the Steelers. The Chiefs offense was fabulous Sunday night, but their defense is concerning. Maybe it’s just the Raiders, who have moved the ball at will against them twice this season, but KC's lack of pass rush and secondary coverage is concerning.

Credit the Raiders offensive line, which gave Derek Carr all the time in the world. The Chiefs have to figure out a way to generate some pass rush moving forward. In a potential matchup against the Steelers, allowing Ben Roethlisberger to stand tall and find the Steelers' excellent group of wide receivers would not be ideal.

In the end, the Chiefs are still the best team in the NFL and have my money to win the Super Bowl.

Try looking at the NFC East standings without laughing. Every team in the division has three wins through 10 games. That’s it. And out of those combined 12 wins, multiple are against each other in the division.

Looking at future schedules, each NFC East team might be a favorite in no more than three games, with some of those games just against each other. The winner of the division likely will have six wins. But that winner won’t be the Eagles.

Carson Wentz is broken. His mechanics are a mess. He throws way too many interceptions. He holds the ball too long in the pocket. It’s clear his processing is slow. I do not believe you can trust the Eagles offense against the rest of their schedule.

The Eagles have Seattle, Green Bay, New Orleans, Arizona and then finish at Dallas and at home against Washington. At best they win two of those games. They might be the favorite just once in those six games, and that’s assuming Washington isn’t playing for the division in Week 17.

The Giants are the best 3-7 team in NFL history, at least according to their coaching staff. New York's three wins this season are against the Washington Football Team (twice) and the Eagles. I know they’ve played some close games, but that doesn’t count in the end. What does count is their schedule, with the Bengals coming up Sunday.

The Giants then have a four-game stretch against the Seahawks, Cardinals, Browns and Ravens. They will not be the favorite for any of those. They finish with the Cowboys. The Giants will win at least two of those final six games. Can they win a third? That could be enough for the division.

The Washington Football team has pieced together three wins, beating the Eagles in Week 1, the Cowboys and the Bengals. Just gross. Washington is good on defense, but just average on offense with Alex Smith leading the way. They have multiple winnable games remaining. They face the Cowboys, 49ers, Seahawks and Panthers. Washington might get close, but they won’t win the division.

The Dallas Cowboys came alive after their bye week with a win against the Vikings. A healthy Andy Dalton is the best quarterback in the division, and I’d put my money on the Cowboys winning the NFC East. They were my preseason pick to win the NFC, and while that’s not happening, a few things excite me about the Cowboys. Their defense has improved as the season as gone on. There’s no doubt about it. They are playing faster and more physical.

But offensively, Dalton can make this attack potent. They moved some offensive line pieces, and their line looked the best it has all season against Minnesota. Their schedule is set up well. The Cowboys get Washington, the Bengals, the 49ers, Giants and Eagles. They could win all five of those games, but I’ll give them three. Six wins will get the division. Put your money on the Cowboys.

Colts do it with defense

The line movement in the Colts-Packers game was warranted. The Packers opened as two-point favorites on the lookahead line, but after their lackluster performance against Jacksonville, the line moved all the way to the Colts favorited by 2.5 points at kickoff. The Colts won by three. The wise guys in the desert won again.

The Packers played far better than I anticipated against a physical Colts team. They proved, at least for this week, they could handle a physical defense, something they’ve struggled against the last two seasons.

I know this is probably unfair to the Colts, but I don’t quite understand how they are winning with Philip Rivers at the helm. Their offense is quite average, but they just do enough. Defensively, they are one of the better units in the NFL. They get the credit there. Now, they have a huge game Sunday against the Titans. If the Colts win, the AFC south is theirs for the taking.

The Dolphins are exactly what I thought they were ... and that’s not good enough to win the AFC East.

Miami has a small margin of error right now because its offense has not been good with Tua Tagovailoa running the show. It’s nothing against Tua. He’s a rookie. But the offense struggled big-time Sunday in Denver, and Tua was eventually benched for Fitzpatrick.

The Dolphins must win with their defense and special teams, which set up the offense in great scoring opportunities. The Bills will clean up the AFC East soon.

Bengals rookie quarterback Joe Burrow tore his ACL and is out for the season -- which is unfortunate because everyone with a pair of eyes saw this injury coming. The Bengals offensive line is offensive. They are the worst unit in the NFL, and Burrow has been hit, sacked and just tormented the entire season.

It had gotten so bad that former Oakland Raiders executive Amy Trask was wondering aloud if Cincinnati should just keep Burrow on the bench to preserve his body. I think Amy was on the right track with her comments, but that would be a tough pill for an NFL team to swallow. That would mean the coaching staff, and to an extent the front office, admitting their job of bringing in offensive lineman and coaching them up has failed. That’s not the message you want to send your team or the fan base.

In hindsight it’s easy to say they should have benched Burrow, but it was never going to happen for that reason. I wish Burrow a healthy and speedy recovery.