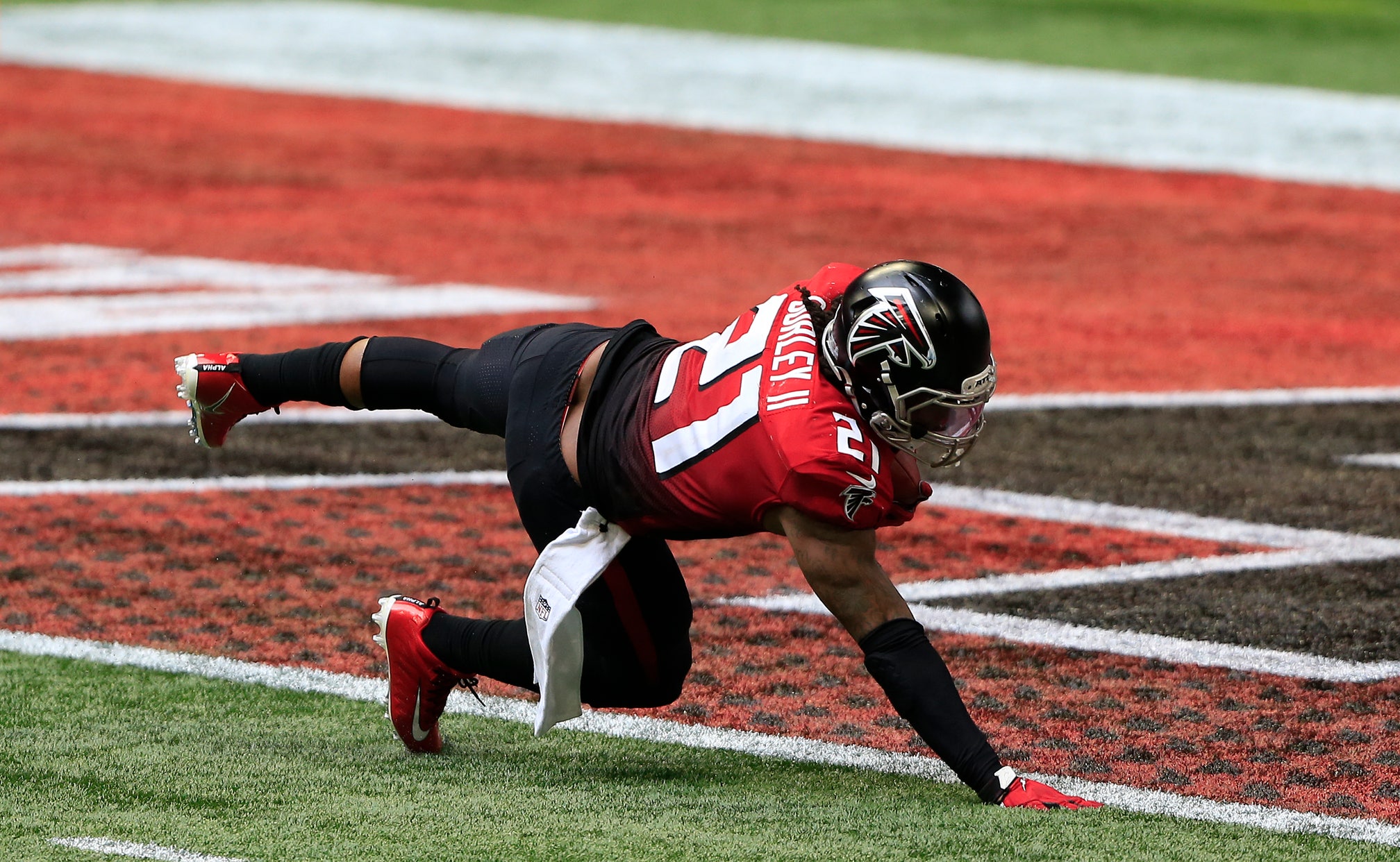 Week 7 presented us with a beautiful and maddening slate of chaotic games. We saw wild endings at the expense of the Falcons, Bengals, and Seahawks (which shocked exactly zero of their fans), we watched an undefeated team lose, and we witnessed two very long runs that were memorable for two very different reasons.

You probably have questions. And even if you don’t, I have the answers.

Let’s get into it.

1. Are the Falcons still hot after the Dan Quinn breakup?

After looking real good the week after the longtime coach known for blowing leads got the boot, the Falcons blew a lead in an especially painful Atlanta way. In fact, here is the definition for “Falconing,” a very real thing that I certainly didn’t make up:

Falconing [ fahl-cun-ing ]; verb; To repeatedly be in possession of a lead, only to blow it in the most mind-bendingly stupid and heartbreaking way every single time because you cannot, for love or money, get out of your own way.

Here’s what happened on Sunday: Todd Gurley tried not to score a touchdown, aiming to stop short of the goal line for a first down so that Atlanta could kick a field goal, keep the lead, and wind down the clock. But obviously, the one time a Falcon was trying not to score, he did.

The Lions got the ball back, tied the game, and won with the extra point.

At this point, the Falcons’ failures are just...sad. It’s like Atlanta fans get dumped every week even though they don’t want to be dating the Falcons in the first place. I don’t even have any jokes, just thoughts and prayers.

2. Who won the battle of Ohio?

Before the Bengals-Browns game started, I was expecting high comedy. And, right out of the gate, Baker Mayfield and Joe Burrow both threw interceptions on their first drives.

Despite Burrow’s great showing, Mayfield was too good down the stretch. He pulled Cleveland ahead with four seconds left. Burrow then threw a wild hail mary that the Bengals almost caught but didn’t, because despite their shiny, new QB, they are still the Bengals.

3. What’s the deal with the NFC East?

The best way I can describe this division is that it’s a trash fire that turned into four football teams and burned with varying intensity over the course of seven weeks.

First, the Eagles beat the Giants on Thursday night. Daniel Jones was too fast for his own feet.

Then, on Sunday, a bad year for the Cowboys only got worse. Andy Dalton was carted off the field after taking a massive hit against the Washington Football Team. Dallas is now down two quarterbacks and, to add insult to literal injury, lost to Washginton, 25-3.

All of this means that the Eagles are in first place with only two wins.

The Steelers. They beat the also-undefeated Titans when Tennessee kicker Stephen Gostkowski missed a field goal. You might remember that he missed four kicks in the first game of the year, and he may now have to enter the witness protection program in Tennessee.

Pittsburgh, however, figured out how to make do without their defensive star Devin Bush. Bud Dupree managed to keep running back/brick house Derrick Henry to only 75 yards, and the Steelers sit atop the league as the only team with zero losses.

5. Who is no longer undefeated?

The Seahawks. They lost to the Cardinals in overtime, 37-34.

Listen, this game looked like it slammed back fifteen fireball shots on a Sunday night. It started with this insane DK Metcalf chase down tackle...

...and ended with the Cardinals somehow icing their own kicker, Zane Gonzalez, in overtime. But that wasn’t the end: after he missed, the Seahawks got the ball back, Russell Wilson threw his third interception of the game, and Gonzalez found redemption by kicking a field goal to win it.

Russ is out here having himself an MVP-caliber season (minus the second half on Sunday), but his defense is ranked 26th, so every Seahawks game feels like you’re watching someone almost fall off a tightrope. Usually, Seattle makes it to the other side, but this time, it didn’t.

6. Who is the opposite of undefeated?

The Jets. Despite not allowing the Bills a single touchdown on Sunday, they still lost. For the seventh time in a row.

7. Was there a holiday on Sunday?

Sure was! National Tight End Day is a holiday that George Kittle made up last year and really leaned into this year. It falls on the fourth Sunday of October, apparently.

Basically, all this means is that the NFL mics up all the tight ends and broadcasters say “National Tight End Day” a lot and make many dad jokes about it. I will refrain, because the only jokes I can think of are not suitable for the lovely, family-friendly website for which I write.

8. How many touchdowns did Tom Brady throw?

9. Who forgot how to play football?

Cam Newton. He threw three interceptions and Belichick benched him for Jarrett Stidham.

This is really fun for everyone who’s hated the Patriots for 20 years and really miserable for me, a Pats fan. I hope you’re all happy.