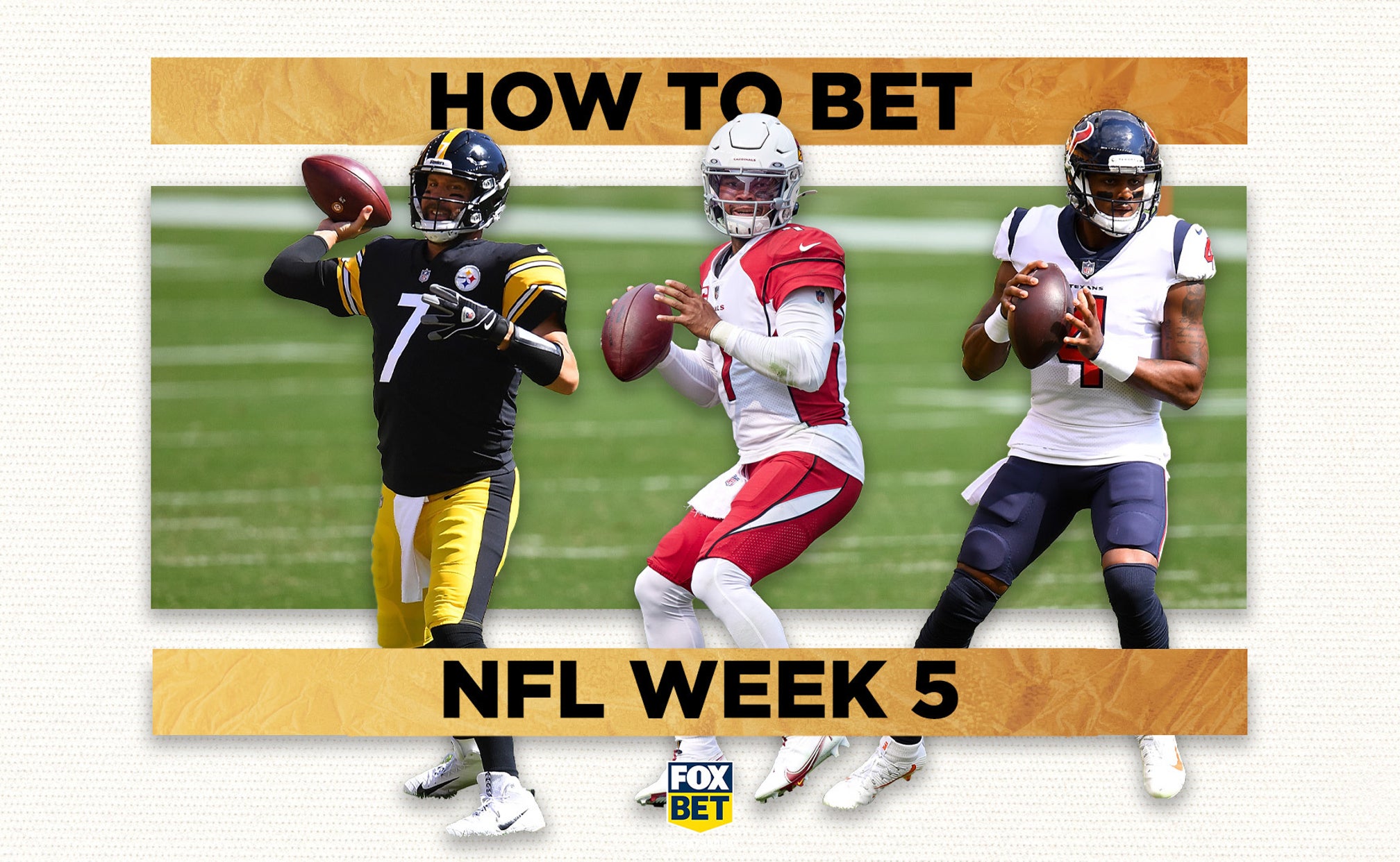 Between COVID-19 pushing back two games from Sunday’s card, quarterback questions in San Francisco, Washington, and New England, a coaching change in the AFC, and a whopping nine games with a spread of a touchdown or more, what’s a gambler to do in Week 5?

Besides the teaser options we presented you with earlier this week, I’m going to refer to the Godfather for this week’s lesson: “Leave the gun, take the cannoli.”

As a passionate dessert guy, cannolis are down the list of what I look for when given the menu. The bigger picture lesson from the scene: Priorities.

How do you prioritize what matters when you’re handicapping a slate of games? We’re in the information era, and there’s no shortage of options to bolster any argument.

If you don’t have a computer model that spits out a projected number, how do you weigh net yards per play (where San Francisco is tops, and the unbeaten-against-the-spread Bengals are near the bottom) vs. DVOA, which takes into account opponents, and had Tampa Bay No. 1 this week before Thursday night’s collapse? 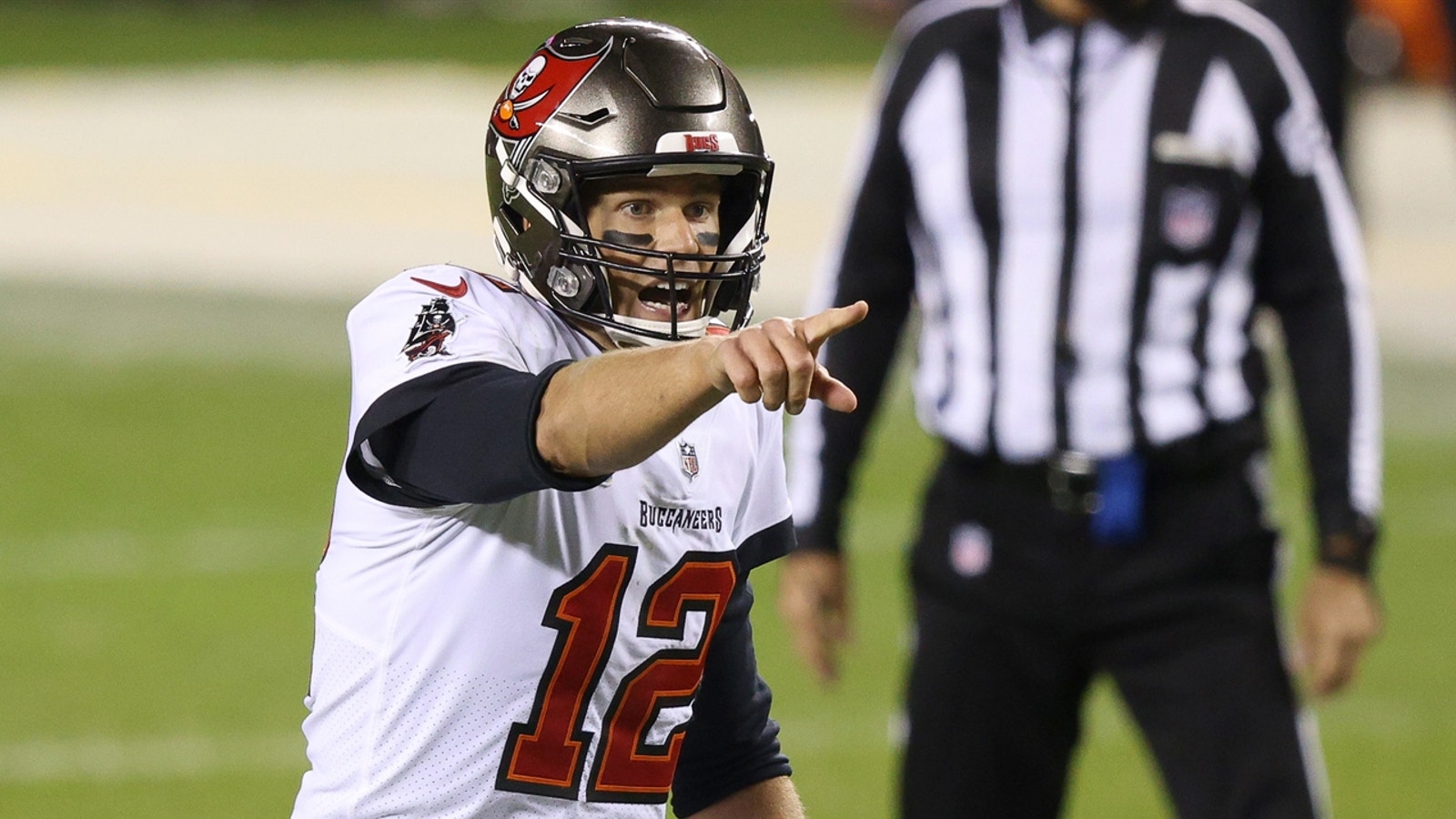 What about trends, where two line up perfectly on a game – Minnesota vs. Seattle – that I refuse to touch with your money? Russell Wilson is excellent in prime time, going 22-9-3 in his last 34 games. Meanwhile, Kirk Cousins struggles, going just 7-15. That’s an auto-play on the Seahawks, right?

Well, the Vikings are trending the right direction, the offense has discovered rookie Justin Jefferson, and Seattle is limping into the bye week with injuries all over the play. Then again, Russell Wilson is 8-0 in his career heading into the bye week. So what matters most?

And how much do non-QB injuries matter? It’s complicated. Last week, I foolishly faded the Saints (down six starters). They scored 35 straight points and beat the Lions. I also faded the aforementioned Seahawks, who were missing three defensive starters. They covered.

What if I just went back to not betting against star QBs? That just might be the plan this week, at least when it comes to Arizona, Pittsburgh, and Houston.

The real answer, though: There are no hard and fast rules. It’s like asking somebody, “How do you know if she’s the one?” You just don’t. You prioritize what you want out of life, and make an educated guess given all the evidence you deem most valuable.

On to Week 5, with all odds via FOX Bet.

Arizona (-7) at New York Jets: The casual gamblers are off the Cardinals here because they lost outright as favorites in consecutive weeks to Detroit and Carolina. But this line is short.

Sure, it matters a little bit that Arizona is going back to the East Coast after last week’s trip to Carolina. What matters more is that the Jets are starting 35-year old Joe Flacco at QB. His last touchdown pass was over a calendar year ago. And the immobile Flacco is likely to be without the services of his best offensive lineman, rookie Mekhi Becton.

Last week, Sam Darnold was running for his life against Denver, and was sacked six times. Arizona, which gets the highest-paid safety in the NFL (Budda Baker) back from injury, should roll. Give me one of the most elusive players in the league – Kyler Murray leads the NFL with 8.3 yards per completion – against the defense that leads the NFL in missed tackles (53).

If Murray can’t shred a Jets defense that just got torched by an undrafted QB named Brett Rypien, I will apologize for leading the offseason "Murray for MVP" charge.

Washington (+7) vs LA Rams: Everything is working in Washington’s favor here, including the change at QB from Dwyane Haskins to Kyle Allen.

While I think Haskins has much higher upside, Allen has been with Ron Rivera and OC Scott Turner for three years, dating back to Carolina. Haskins, in his second season, is on his third coach. The Rams make their third trip to the east coast in four weeks, and it’ll be interesting to see if they’re up for a game against 1-3 Washington with a huge divisional matchup looming next week in San Francisco.

Washington is expected to get 2020 1st round pick Chase Young back from a groin injury, and historically, the best way to rattle Jared Goff is to get pressure up the middle; Washington is tied for third in sacks with 13 and Young is already commanding double teams on the outside.

MAYBE I’LL GO AS A SQUARE FOR HALLOWEEN

Pittsburgh (-7) vs Philadelphia: There’s no more fraudulent division leader than the 1-2-1 Eagles, whose lone win came against a JV 49ers team that was composed almost entirely of backups.

I have some concern about the Steelers coming out flat in this spot after an unplanned bye week due to the Titans inability to contain COVID. But ultimately I can’t get over the colossal advantage the Steelers have in the trenches, with one of the best pass rushes in football – led by TJ Watt and Bud Dupree – against a beat-up offensive line that is being held together by duct-tape.

Wentz getting DeSean Jackson and Jalen Raegor back would be a huge boost to the offense, but Wentz has been sacked 14 times (third in the NFL) and the Steelers are second in the NFL in sacks.

Houston (-6) vs Jacksonville: In recent years, DeShaun Watson has fared extremely well against the Jaguars (4-0 straight up, 3-1 ATS), and this year’s Jaguars defense is horrendous, ranking dead last in DVOA.

The Jaguars lost two key defenders (Myles Jack, CJ Henderson) during the loss to Cincinnati last week and gave up 505 yards and 7.1 ypp to a rookie QB. Gardner Minshew is frustrating to bet against because he’s at his best when trailing, as evidenced by his stirring comeback victory against the Colts in week 1.

I do feel obligated to point out that teams that replace their head coach midseason are 14-22 ATS in the first game. Tough to say that 73-year old Romeo Crennel is an upgrade from Bill O’Brien; the plus here is that he’s not Bill O’Brien.

I CAN’T QUIT THE KID FROM HARVARD

Miami (+9) at San Francisco: We do things out of love; we do things because it’s just the right thing to do. A week after watching the Dolphins completely soil themselves in the red zone (1-3) and give up a backbreaking TD at the end of the first half against Seattle, I’m back on Miami and Ryan Fitzpatrick, because this line is just too big.

The Miami pass rush is as inconsistent as my golf swing, so there’s no telling if they can rattle Jimmy Garoppolo in his first game back from injury. I foolishly bet against the 49ers two weeks ago and they clobbered an inept Giants team.

Miami has talent offensively, but the question is whether or not the young starters on defense will be able to prevent the big play against a 49ers offense that has a healthy George Kittle and Deebo Samuel.

The hope that the 49ers overlook Miami with a date against the Rams looming is out the window after the loss to the Eagles.