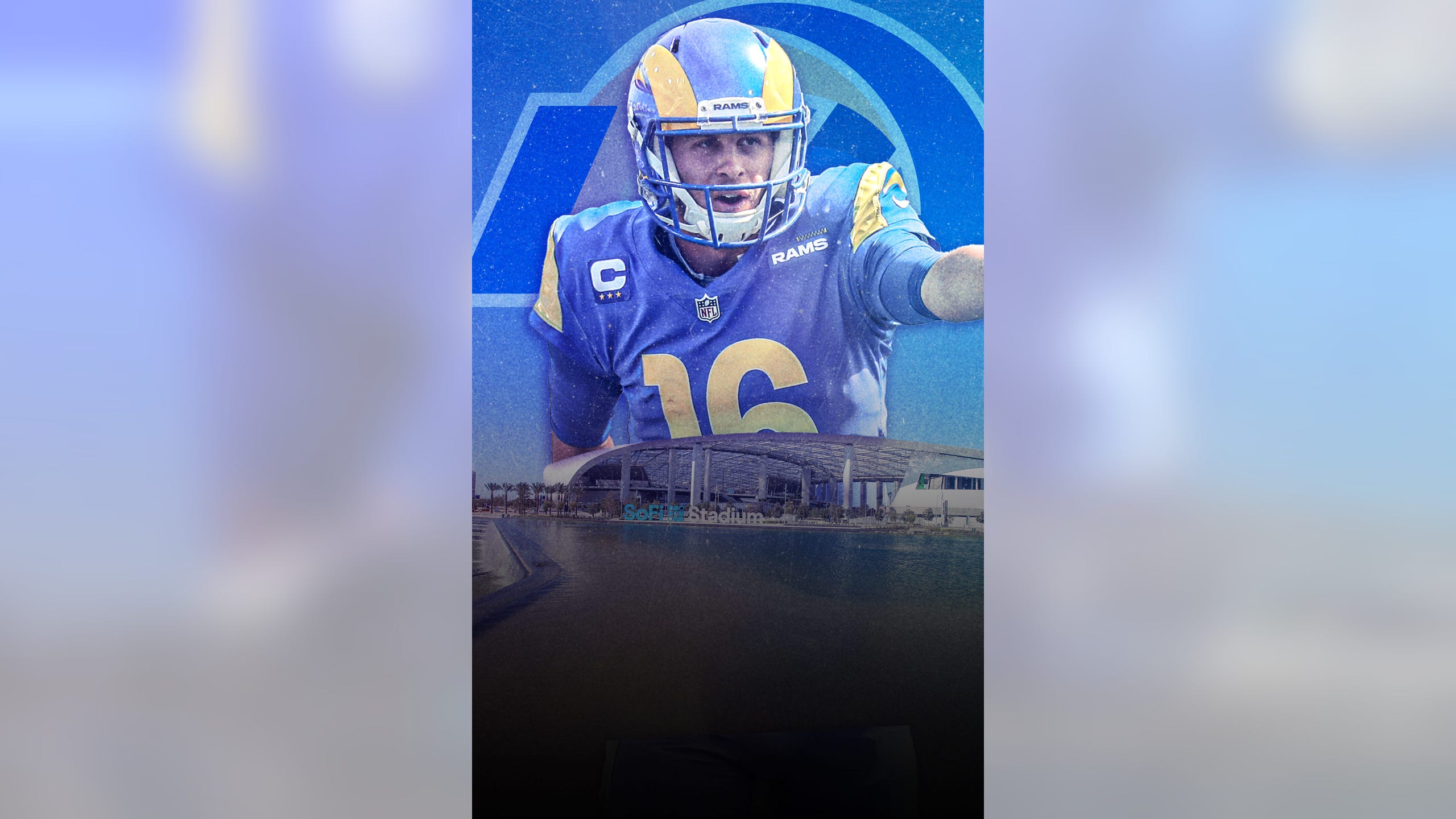 The Los Angeles Rams have been on a real journey the past couple of weeks, and I’m not talking about their cross-country jaunt to Tampa Bay to see off the Buccaneers on Monday night.

In the blink of an eye, the Rams have gone from being seen as an overrated usurper with a padded record to a team worthy of respect, while leaping to the top of the NFC West and morphing into a group few would relish meeting in the postseason.

Two weeks, especially if they include a pair of your most impressive and important wins of the campaign, can do that for you in this year’s NFL, where consistency is the preserve of a mere handful of teams and the chance to change your reputation is there for nearly everyone to grasp.

Back at the midpoint of this month, L.A. was at 5-3, with none of those victories particularly impressive. Four of them had come against the occupants of the NFC East, a division that continues to write the definitive chapter on collective incompetence. The other was against the Bears, which started Chicago on a four-game skid.

It was a flimsy resume and it showed. The Rams were playing with little sparkle or confidence and with the NFC West race so tight, there was every chance they would come out on the wrong end of the tussle.

And then, things turned. A divisional triumph against the Seattle Seahawks was followed by that comprehensive display when visiting the Bucs - where the ultimate sign that things had gone well came when Tom Brady declined to shake Jared Goff’s hand - and the uplift is real.

“Personally, I like to be the underdog because I think it is a little bit more fun to shut people up, Goff told reporters. “But as a team mentality we don’t care what people think about us or say about us. It is exciting and it is hopefully the beginning of an uphill trajectory at this point.”

The Rams are underdogs no longer. Heading into this Sunday’s game with the San Francisco 49ers at 4:05 p.m. ET on FOX (Rams -6.5, per FOX Bet), they occupy the No. 4 spot on numerous power rankings from national publications, behind the undisputed big three of the Pittsburgh Steelers, Kansas City Chiefs and the New Orleans Saints.

In terms of productivity, strength and having the look of a potential champion, no one is close to the Steelers, Chiefs and Saints. Yet to get to the top of the secondary pile just behind them doesn’t take perfection, just the right form at the right moment.

The NFC West race remains close and will be largely decided when the protagonists meet each other over the closing weeks of the season. Four of the Rams remaining six games are against divisional rivals. The Rams are the favorites to win the competitive NFC West, listed at +100, per FOX Bet … and are well placed for the challenge. It remains quite possible that the division sends three of its teams to the postseason.

“We came into the year knowing every team got a little bit better and that every team is going to be good in a tough game,” Goff said of the rest of the NFC West. “These division games are the ones you need. The 49ers have (beaten) us three in a row now so hopefully we can buck that trend in this game.”

There is a lot to like about what the Rams have been doing lately. The defense has long been a strength, but Goff has gotten things moving on the other side of the ball and serious numbers from Cooper Kupp and Robert Woods – both rewarded with big offseason contracts – have been transformative.

On Monday, Kupp and Woods both recorded more than 10 catches and 100 yards, a team first.

More is expected from Aaron Donald, after the two-time NFL defensive player of the year was unable to record a sack or a tackle for the past two games, while voicing his displeasure at the officiating in each matchup.

“In my opinion the (offensive line) holds on every play,” Donald said. “(On Monday) there were some blatant holds that we didn’t get the call for.”

Donald’s grumbles notwithstanding, the Rams are right where they want to be. They are just one game behind the Saints in the NFC overall standings and with four home games remaining (they have yet to lose at SoFi Stadium) taking aim at a top two seed is a reasonable goal.

The Rams’ run is indicative of a season where staying in the mix is the most important thing. Fourteen teams will make the postseason and sustained excellence is not a prerequisite for being a contender.

L.A. has generated an opportunity and forced its way into a position of relevance. It has been far from a perfect season, but it hasn’t had to be.

This, of all NFL years, is not your typical time. More important than being flashy is to be timely, and with their recent surge, the Rams might just find themselves on the right side of the clock.