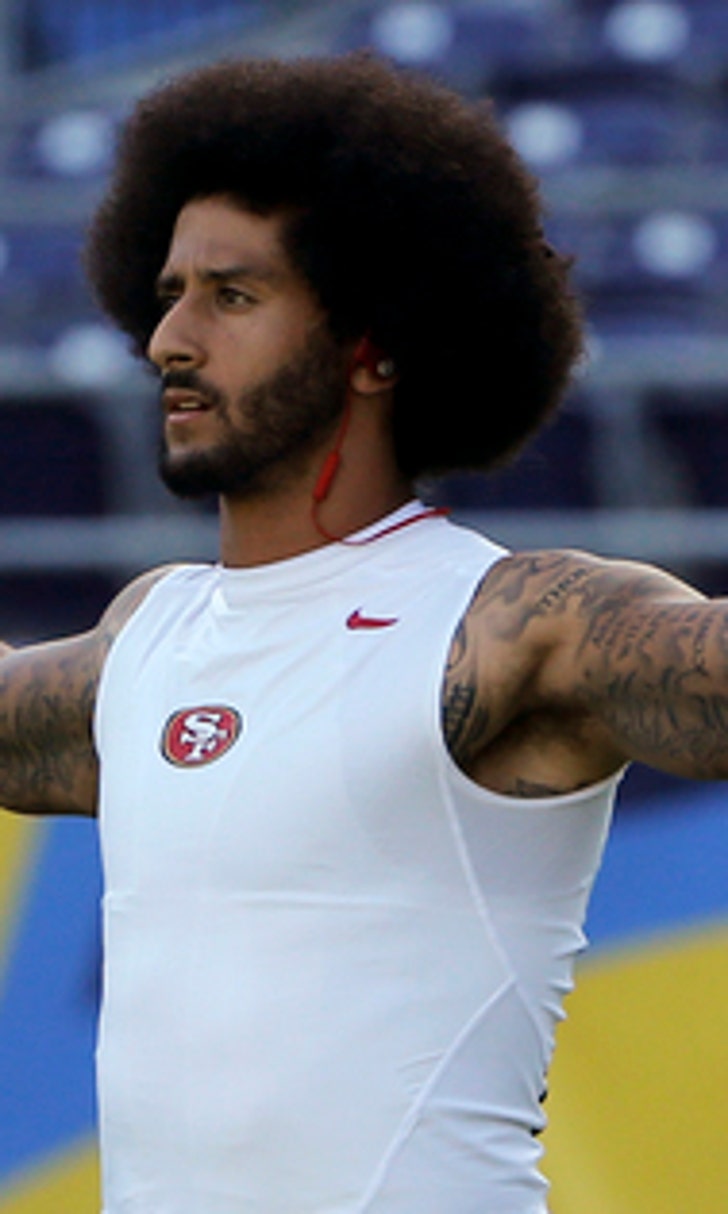 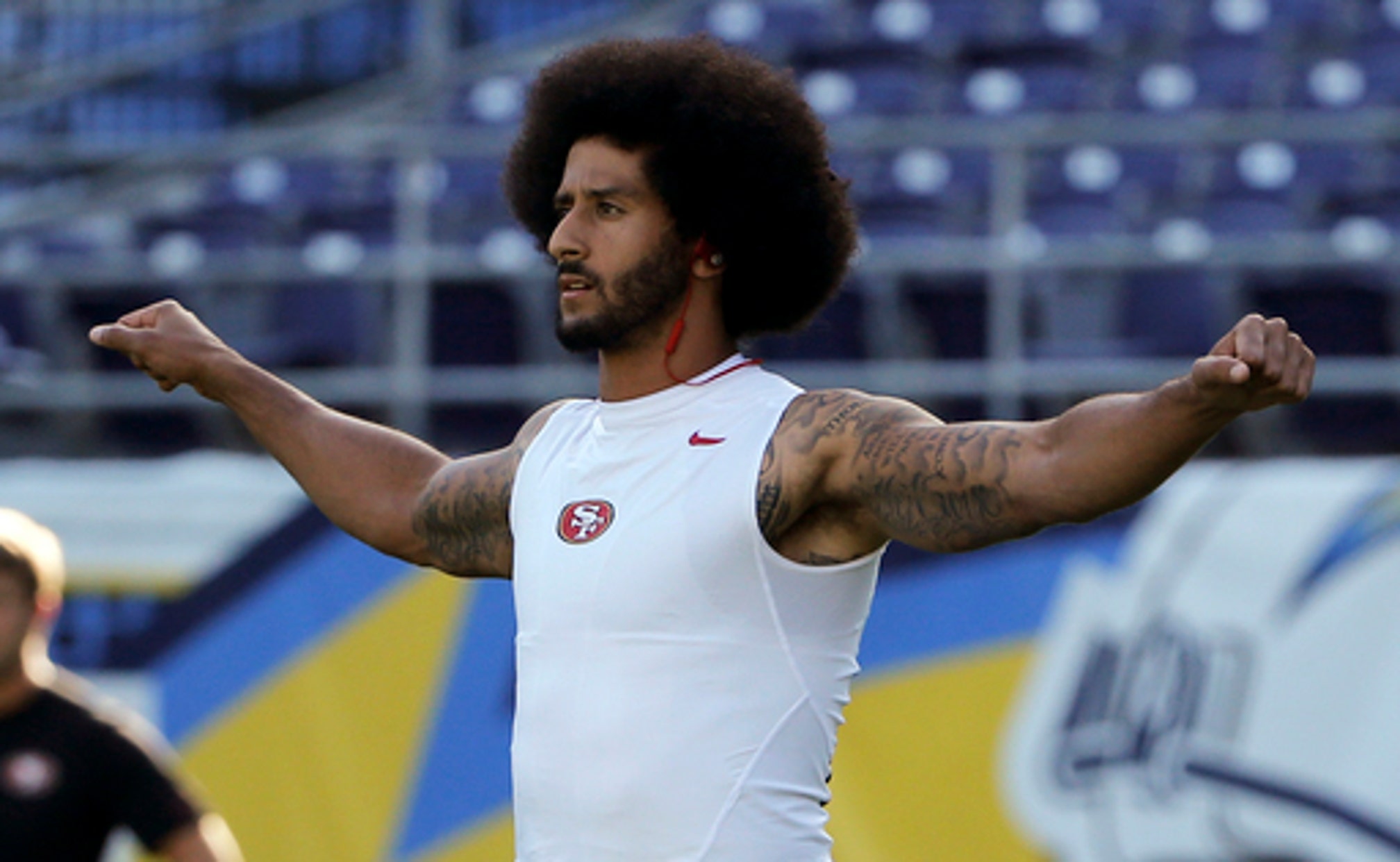 The Latest: Police chief to mediate between 49ers, police 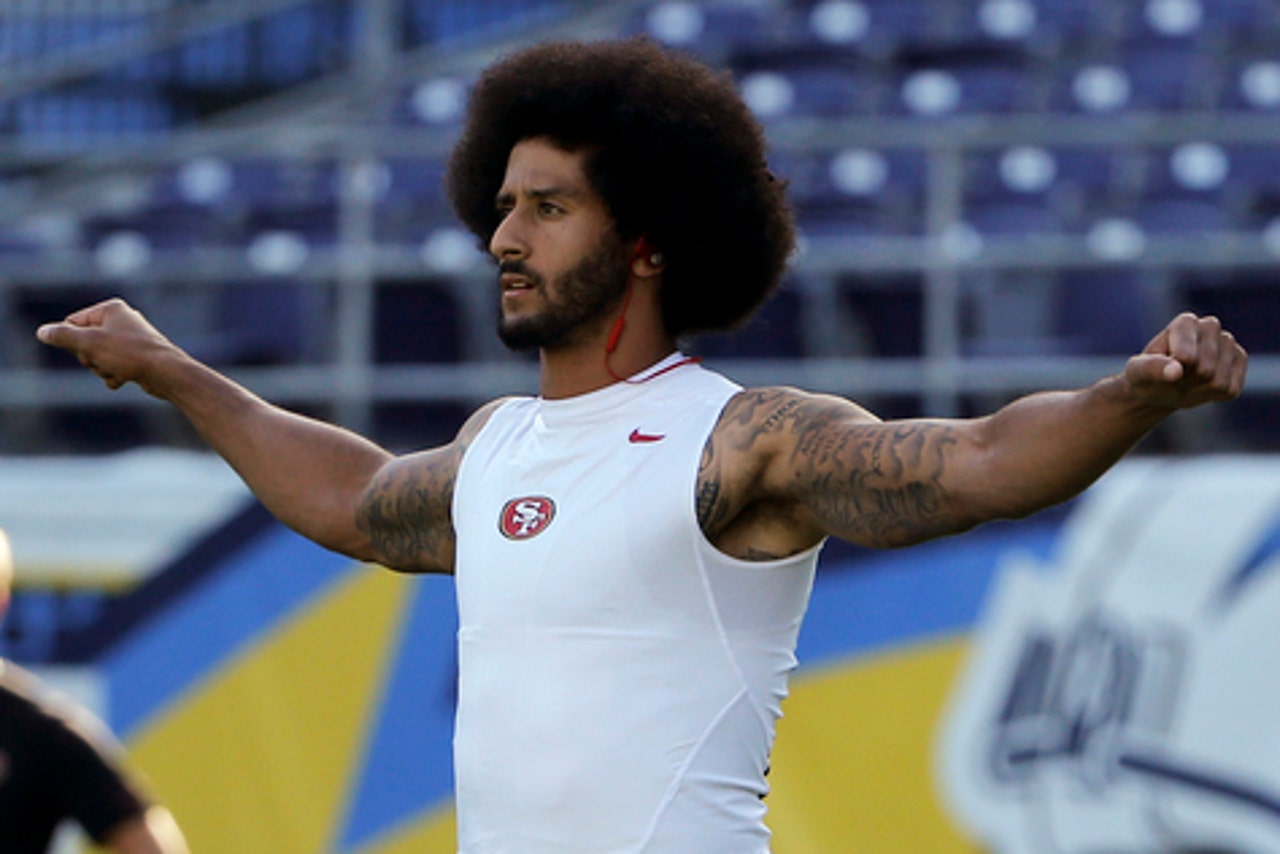 SAN JOSE, California (AP) The Latest on reaction to 49ers Colin Kaepernick's recent decision to not stand during the national anthem in protest of police killings of unarmed black men (all times local):

The police chief in Santa Clara, home to Levi's Stadium, says he will urge the leadership of the officers' union to put citizens' safety first after its members said they may boycott policing 49ers games if quarterback Colin Kaepernick is not disciplined.

Santa Clara Police Chief Michael Sellers said in a statement Saturday that he will work with the officers association and the 49ers to find a solution.

Sellers says that while he and many in the law enforcement community have been saddened and angered by Kaepernick's words and actions, he will ensure the police department continues to provide a safe environment at Levi's Stadium.

Kaepernick has refused to stand up during the playing of the national anthem before recent games as a way of protesting police killings of unarmed black men.

In a letter from the Santa Clara Police Officers Association sent to the 49ers the union says Kaepernick has ''threatened our harmonious working relationship'' with the 49ers because of his statement about law enforcement.

The union for police officers who work San Francisco home games says its members may boycott policing the stadium if the 49ers don't discipline Colin Kaepernick for refusing to stand during the national anthem and for his statements about law enforcement.

A letter from the Santa Clara Police Officers Association sent to the 49ers was obtained Friday by KNTV-TV, the NBC affiliate in San Jose.

It says that Kaepernick's protest has ''threatened our harmonious working relationship'' with the 49ers. About 70 officers from the Santa Clara Police Department patrol Levi's Stadium when the 49ers play there.

It also criticized what it called anti-police statements made by Kaepernick, calling them ''insulting, inaccurate and completely unsupported by any facts.''

Yesterday, the Santa Clara Police Officers Association (SCPOA) sent a letter to the 49ers organization requesting that they take action against their employee, Colin Kaepernick, for his recent statements and behavior towards police officers.

The SCPOA suggested that if the 49ers did not address his behavior, members of the union might choose to not work Levi's Stadium events.

Many of us in the law enforcement community have been saddened and angered by Kaepernick's words and actions. His blanket statements disparaging the law enforcement profession are hurtful and do not help bring the country together. As distasteful as his actions are, these actions are protected by the Constitution. Police officers are here to protect the rights of every person, even if we disagree with their position. Police officers have sworn an oath to uphold the Constitution.

In Santa Clara we are fortunate to have excellent police-community relations that are built on trust and mutual respect. We have gone to great lengths to engage with our community to listen and understand their needs. As the Chief of Police, I am committed to continuing the relationships we have with our residents.

The men and women of the Santa Clara Police Department are highly trained and professional law enforcement officers. The safety of our community is our highest priority. I will urge the POA leadership to put the safety of our citizens first. I will work with both sides to find a solution. In the meantime, I will ensure we continue to provide a safe environment at Levi's Stadium.